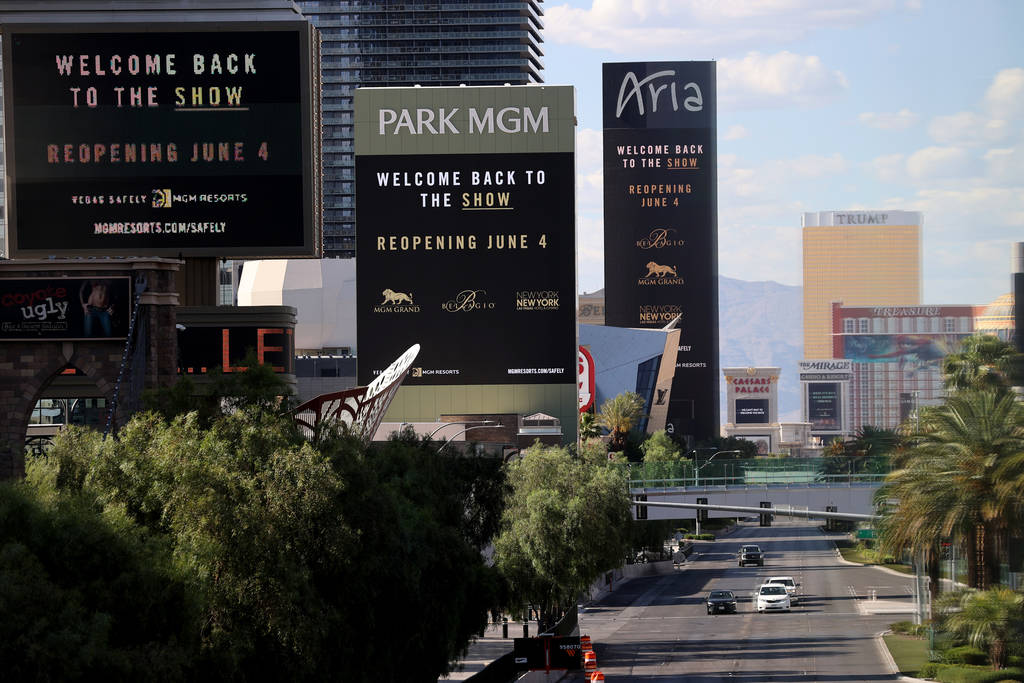 Marquees for MGM Resorts International properties on the Strip in Las Vegas, including from left, New York-New York, Park MGM and Aria, announce Wednesday, May 27, 2020, a reopening date of June 4 after being shut down for 10 weeks due to the coronavirus. (K.M. Cannon/Las Vegas Review-Journal) @KMCannonPhoto 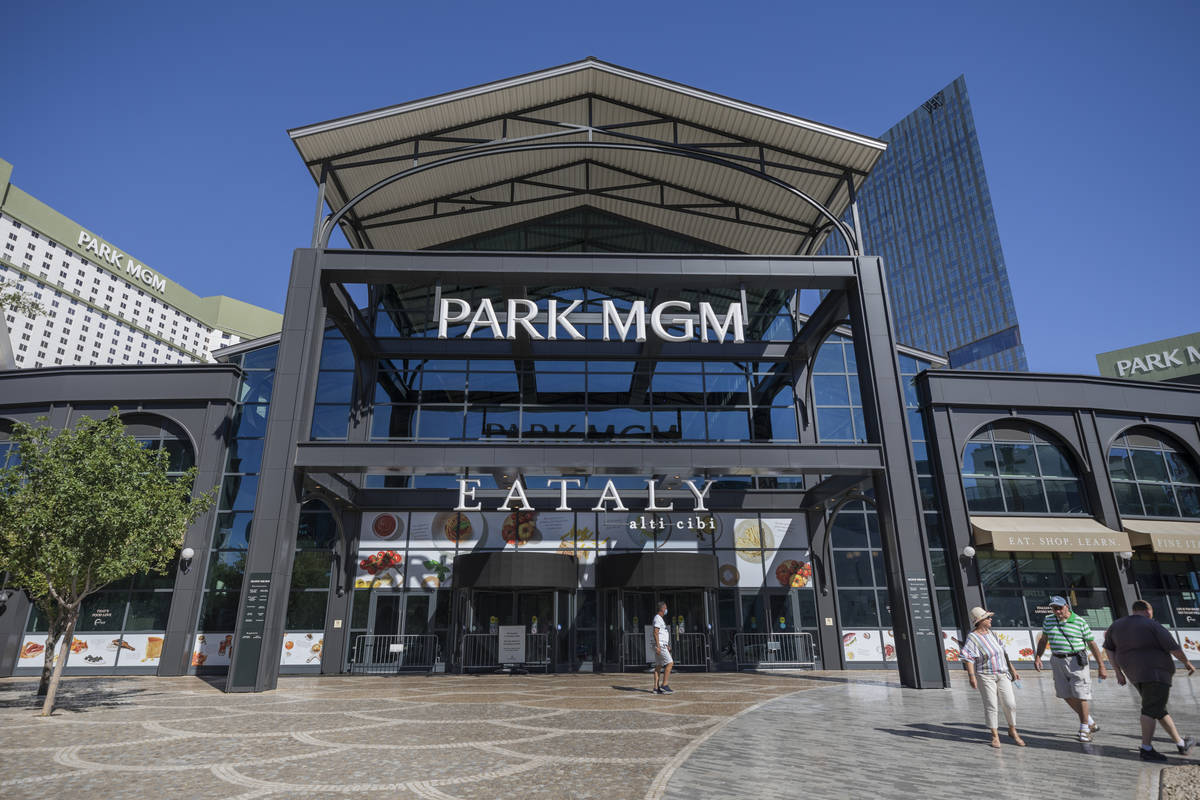 Park MGM, the final MGM Resorts International hotel-casino that has not reopened on the Las Vegas Strip, is set to return to business, possibly as soon as mid-October.

The company has officially announced it plans to return Park MGM to business within 30-45 days. That detail is found at the end of a news release announcing MGM Resorts’ Empire City hotel-casino in Yonkers, New York, is reopening Sept. 21.

The company’s document states that with the reopening of Empire City, “MGM Resorts will have reopened all of its domestic properties, with the exception of Park MGM and Four Seasons in Las Vegas, following temporary closure earlier this year amidst the COVID-19 crisis. Park MGM is expected to reopen within the next 30-45 days.”

MGM Resorts President and CEO Bill Hornbuckle said the reopening of Park MGM would largely hinge on the numbers generated at The Mirage. Originally, the earliest target for Park MGM to reopen was Oct. 1.

“We’re going to monitor business through September,” Hornbuckle said at The Mirage’s reopening Aug. 27. “(Park MGM) is in the middle of Las Vegas Boulevard and would be great to open for obvious reasons. But without Park Theater being open, it’s a challenge. That is the venue that drives that property.”