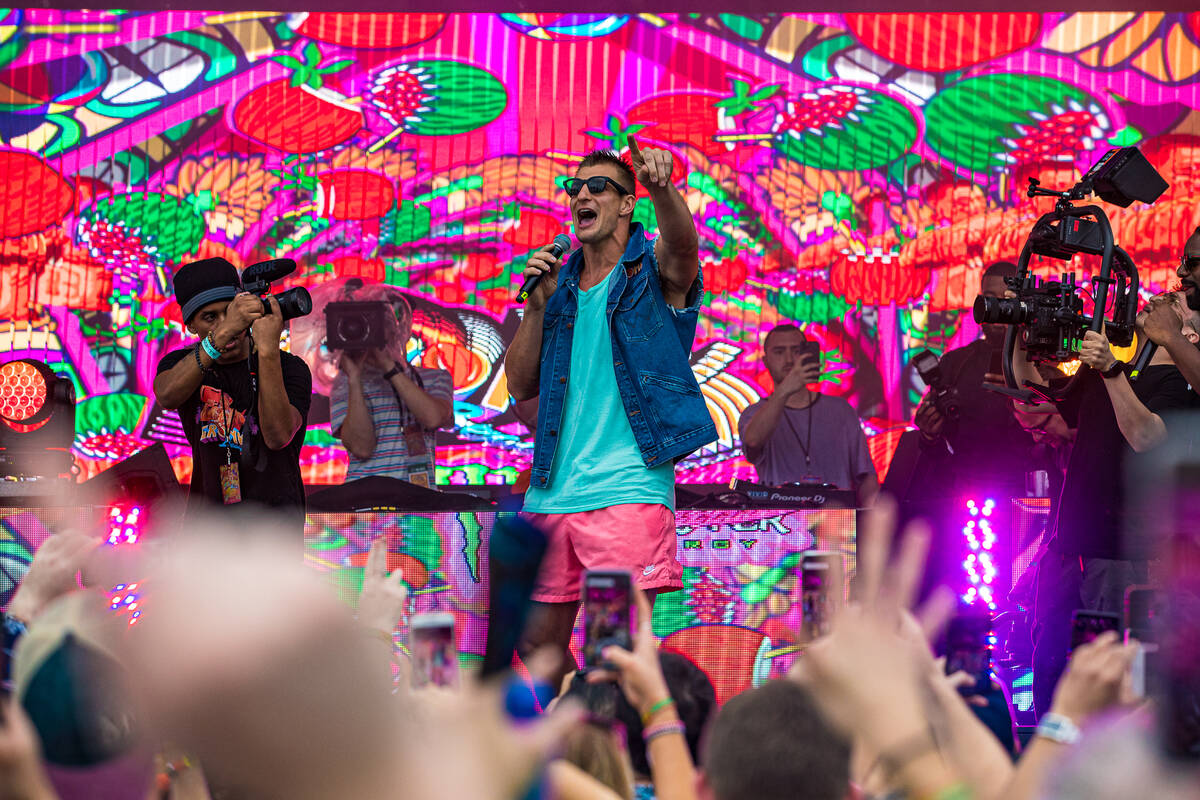 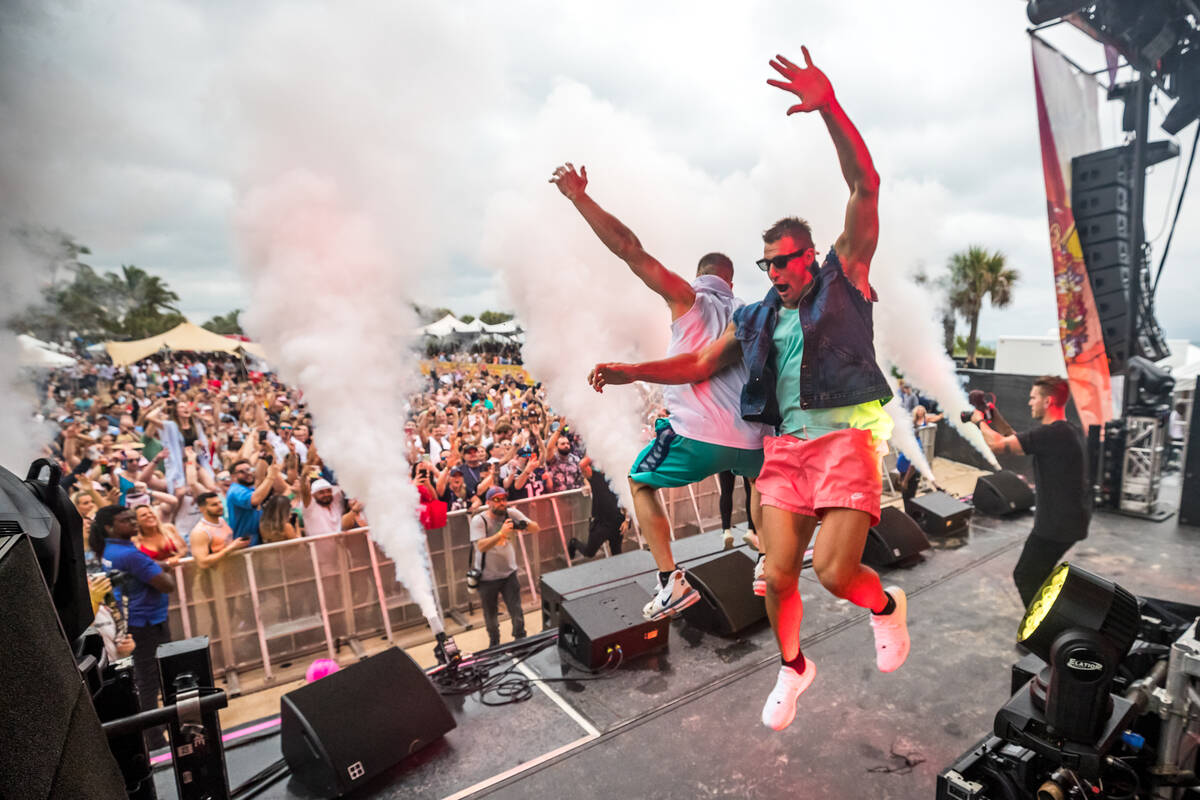 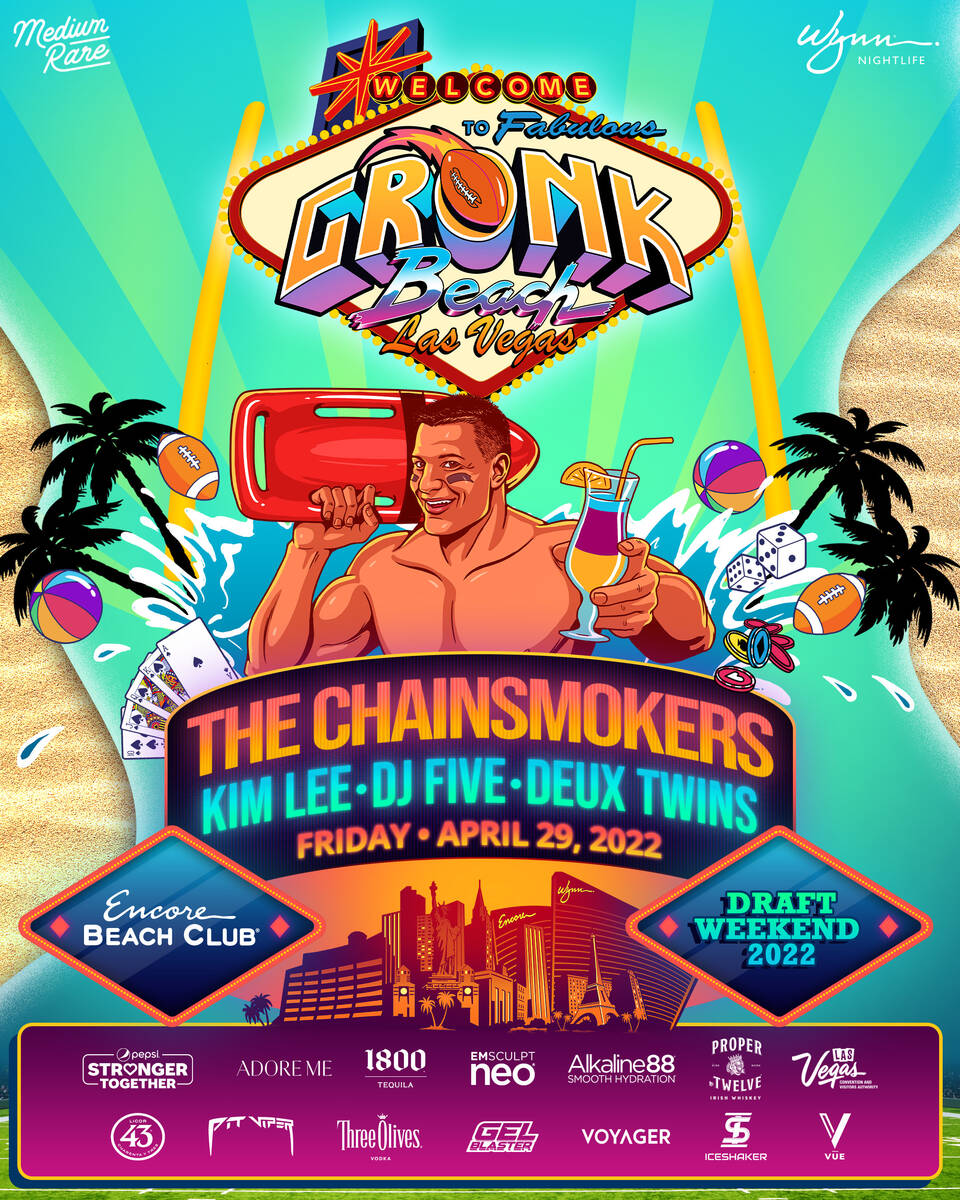 Gronk is on a scoring drive, and the Las Vegas Strip is the red zone.

Wynn Nightlife superstar headliners The Chainsmokers are the featured entertainment for the high-end pool festival.

“We are going to show Vegas how to party,” Gronkowski said in a Zoom chat on Monday morning. “I’ll show Vegas what’s up … It’s going to be insane.”

Gronk, or “Roberto,” as is his backup nickname, is currently without a game plan for his playing future. He has not announced his plans for the 2022 season. This indecision, even as his legendary friend and teammate, quarterback Tom Brady, has retired and unretired this offseason.

“Right now I’m not on a team or anything, so I’ve got all this freedom this whole offseason to myself,” said Gronkowski, who turns 33 on May 14. “So we decided to throw the second annual Gronk Beach Party, and what better place than at the NFL Draft?

“That’s like a double whammy right there. You got Las Vegas, you got the NFL Draft. So huge.”

Food, drinks, poolside performers and “custom Gronk beach decor,” are promised. Expect a lot of big shorts, big smiles and big dance moves from the former New England Patriots and (most recently) Tampa Bay Buccaneers star. The event runs noon-8 p.m. and is for ages 21-over (tickets and VIP tables are on sale now, go to GronkBeach.com for details).

Gronk Beach Party Miami was a hit in 2020, after Gronkowski had formally retired. Gronk Beach Party in Vegas has the same kind of tenor as Gronk’s wild birthday parties brought to his past parties at then-Rehab at Hard Rock Hotel.

A total of 5,000 attendees are expected at EBC.

“You’re going to have thousands and thousands of people flooding the streets in Las Vegas just to check out the draft,” Gronkowski, once referred to as “America’s frat bro,” anticipated. “It’s probably going to be one of the biggest drafts ever, because it’s in Vegas, and who doesn’t want to go to Vegas?”

Gronkowski said he will make his decision about his playing future sometime after the event.

“I want to take my time with the decision. I would say, in order for me to go back, I’m going to want to be all in,” Gronkowski said. “You know, I don’t have that feeling of being all in. The football season is a grind. I played 11 years. If I commit myself to the game, I want to be 100 percent, all-in. That’s the only fair thing to do for my teammates.”

For now, it’s time to imbibe and groove.

“I’ll probably throw some twerking out. I’ve actually been working on you know, loosening up my hips,” said Gronk, whose advance news release confidently refers to him as a ‘future Hall of Famer.’ “I’ll be throwing a couple booty shakers out, dropping low … I’ll probably be chilling a little bit. you know, getting a little tipsy, having a good time interacting with all my friends that are there and just having a blast.”