Sammy Hagar has towering party plans at The Strat 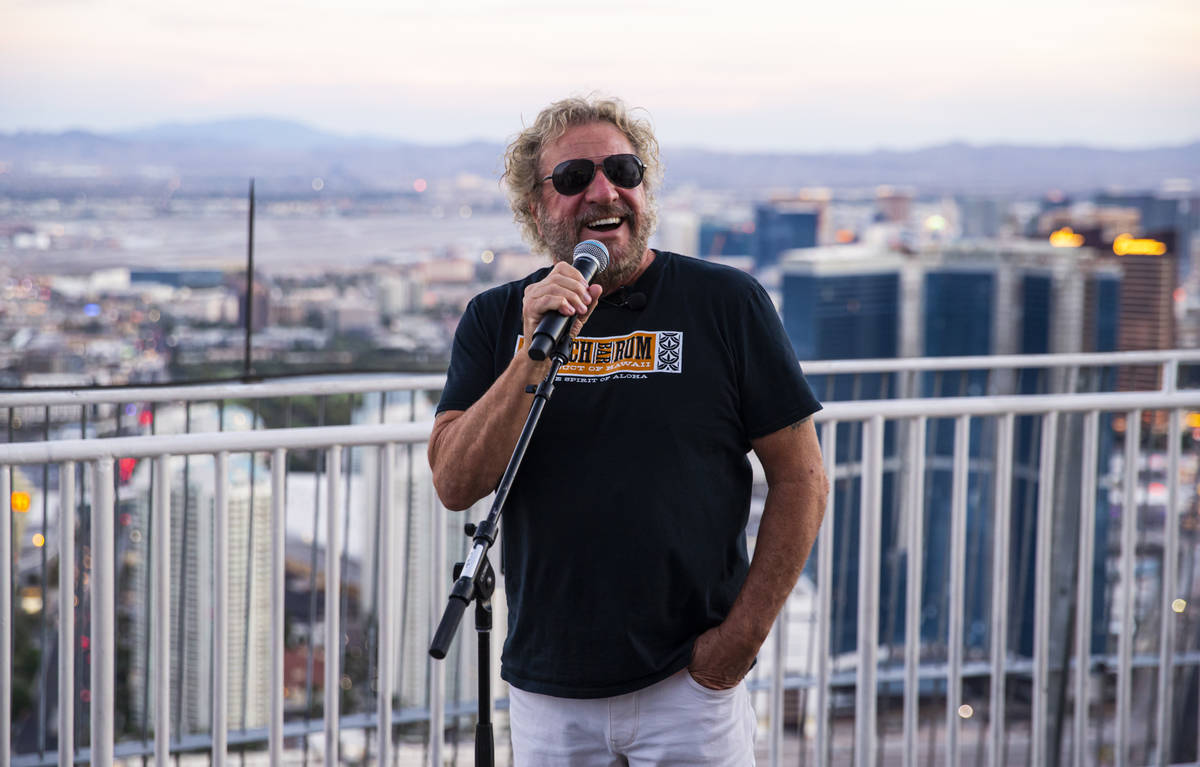 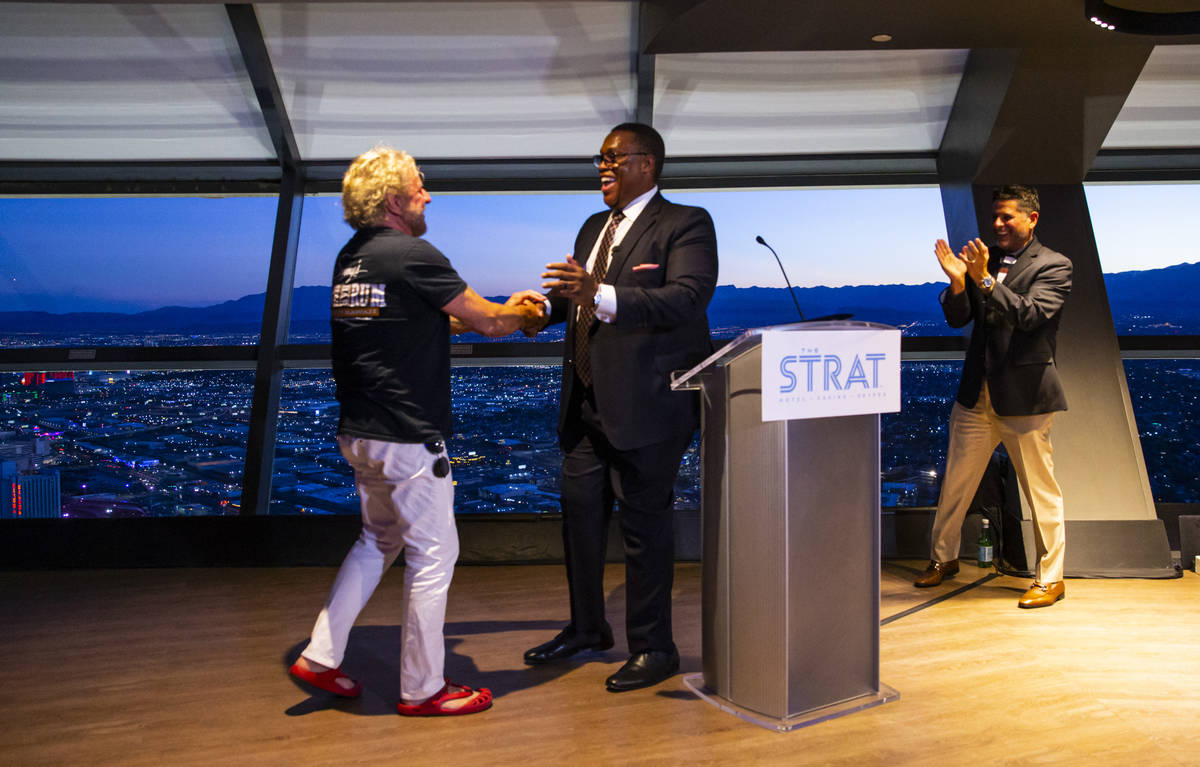 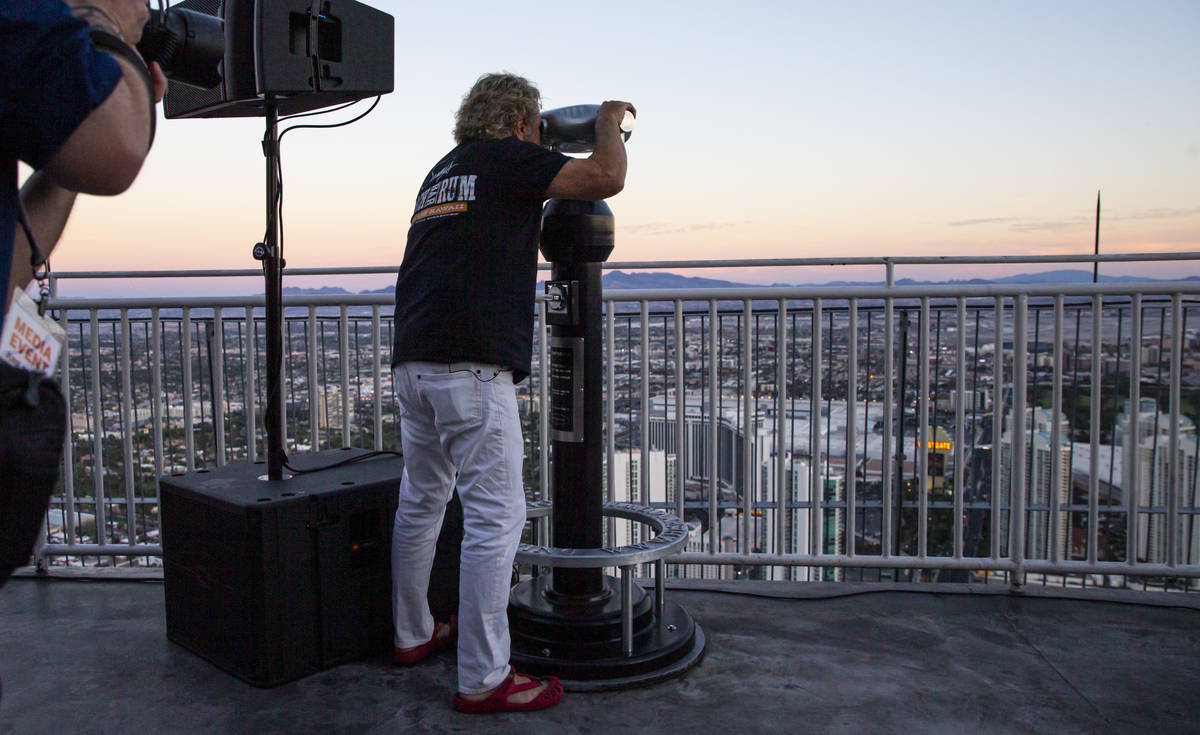 Sammy Hagar looks out over the Las Vegas Strip from the top of The Strat in Las Vegas on Monday, June 28, 2021. (Chase Stevens/Las Vegas Review-Journal) @csstevensphoto 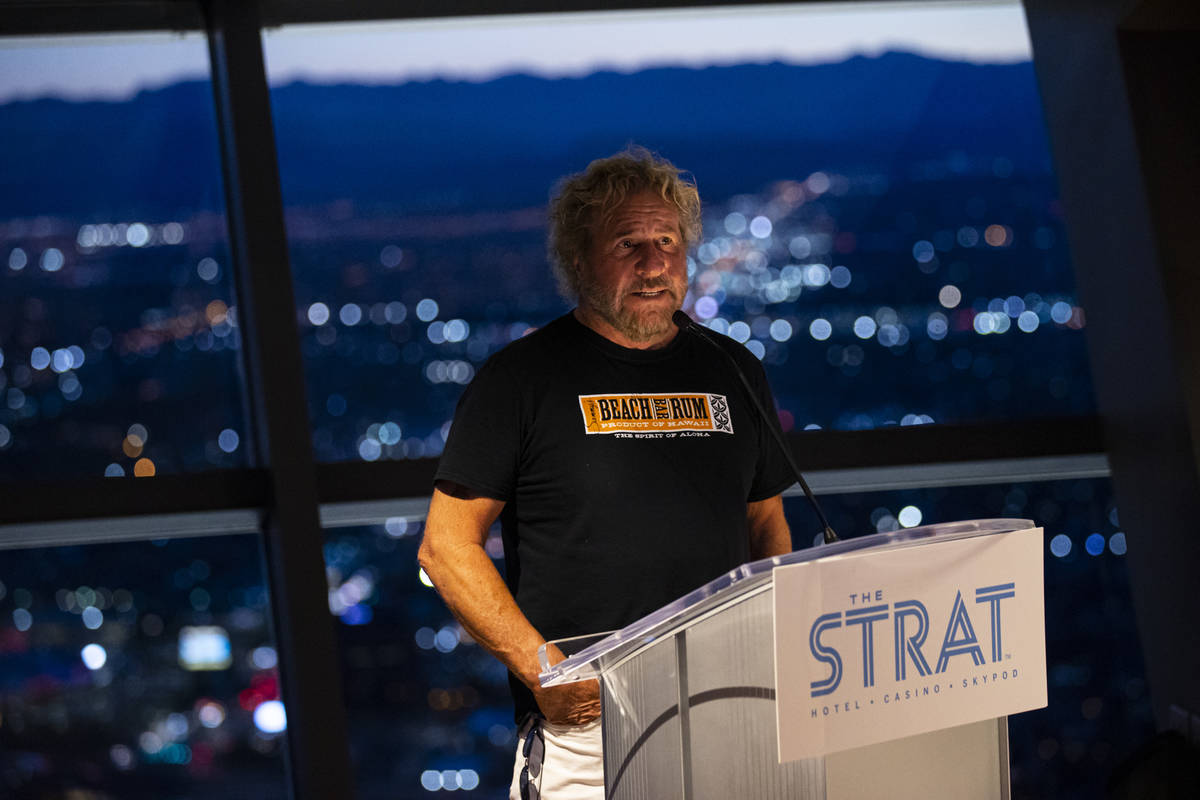 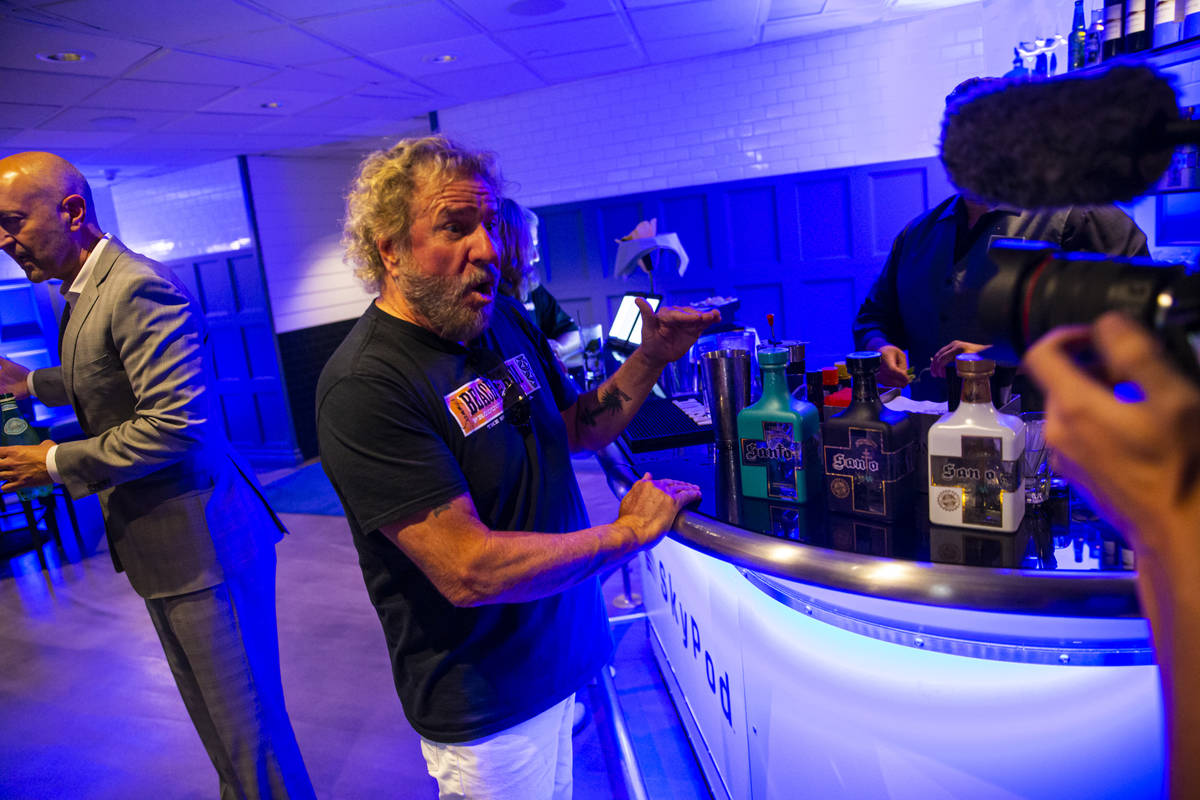 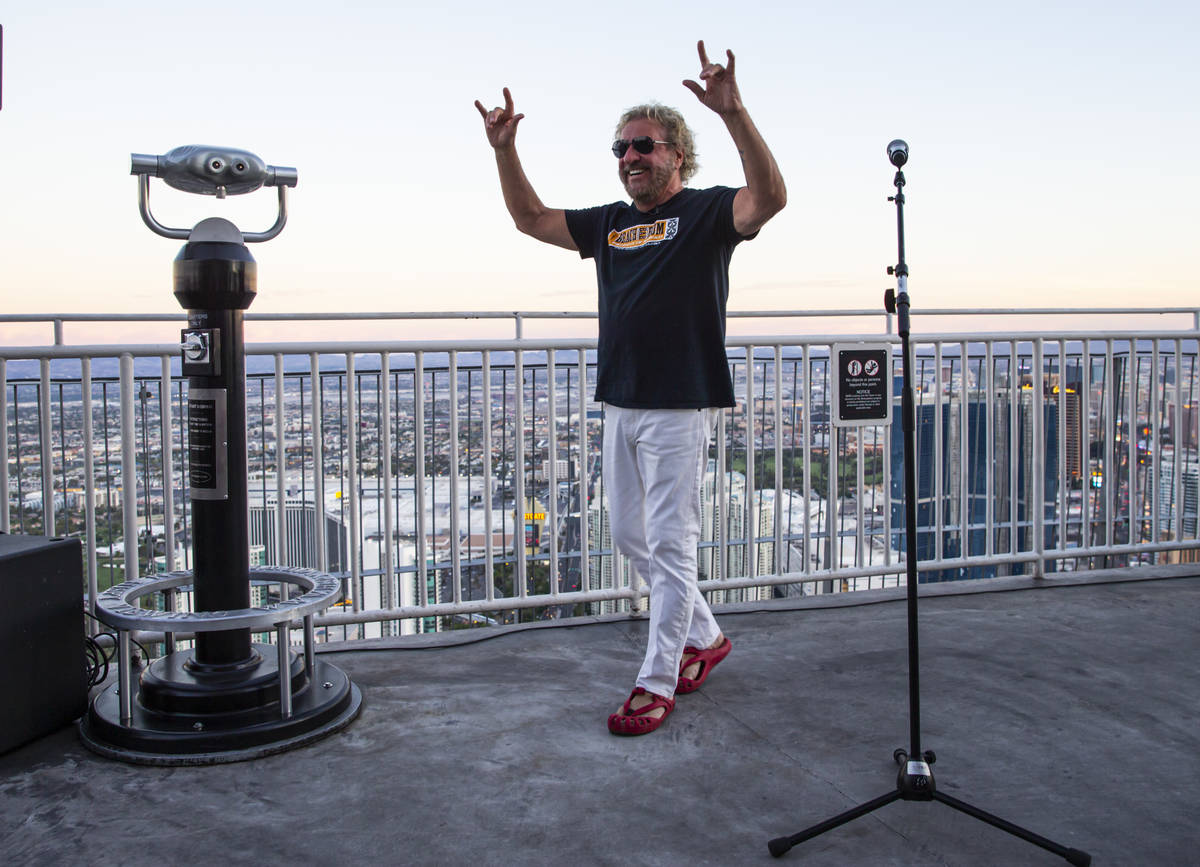 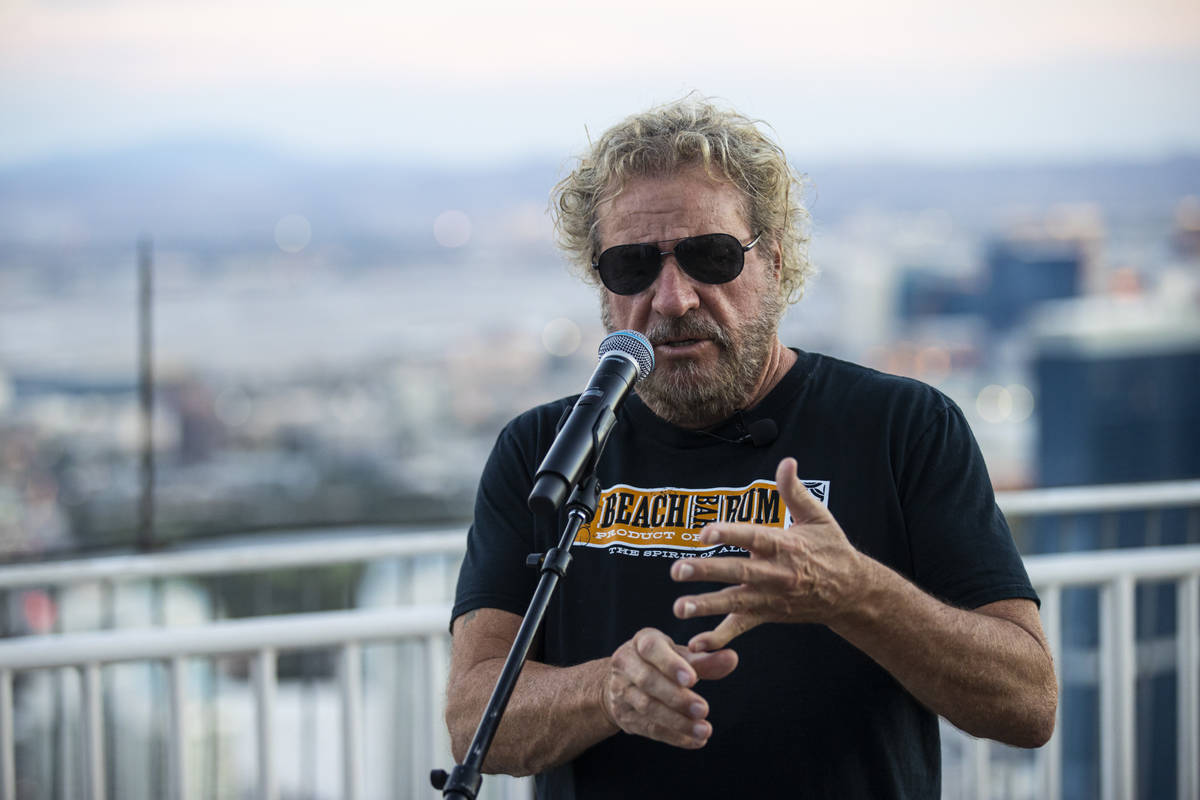 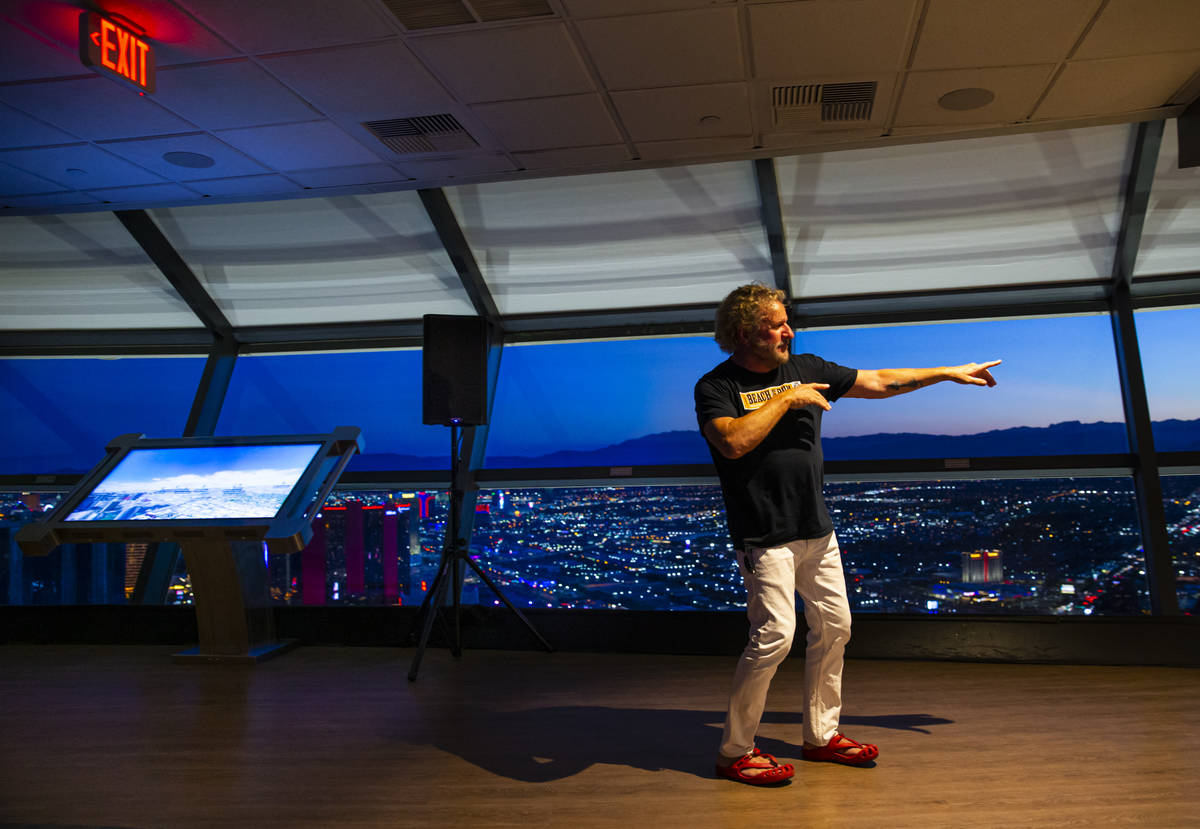 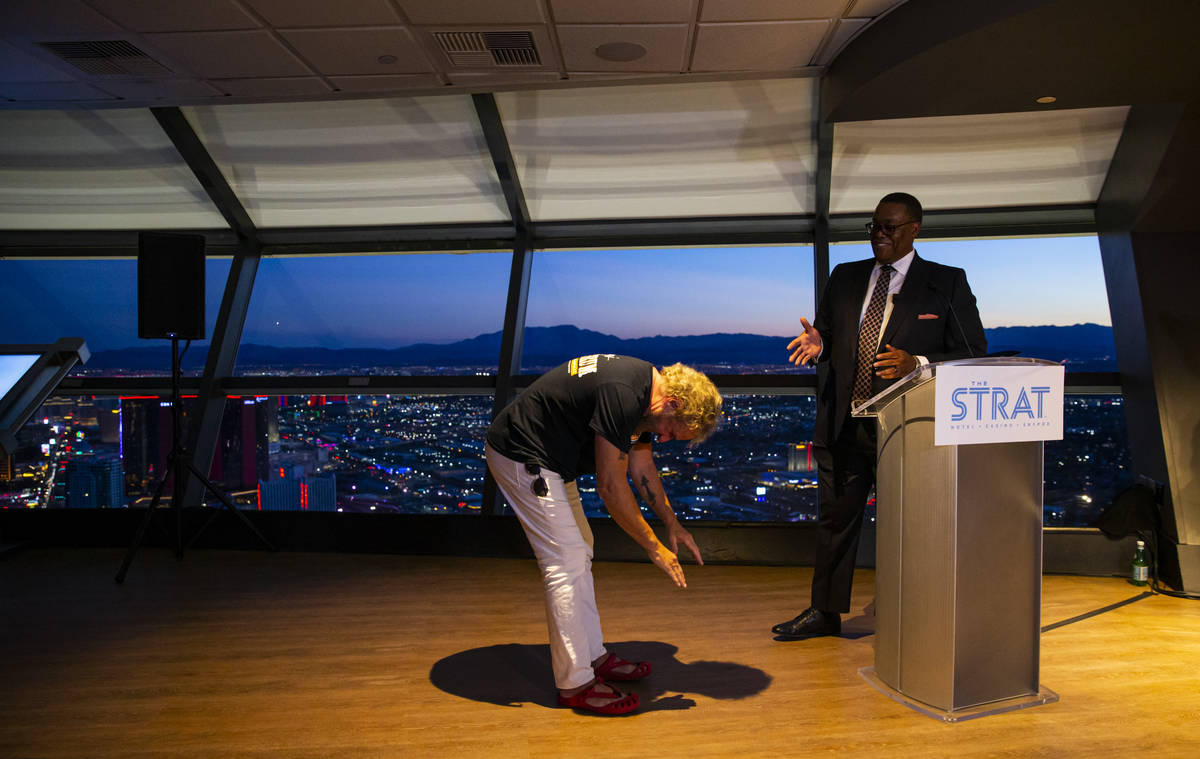 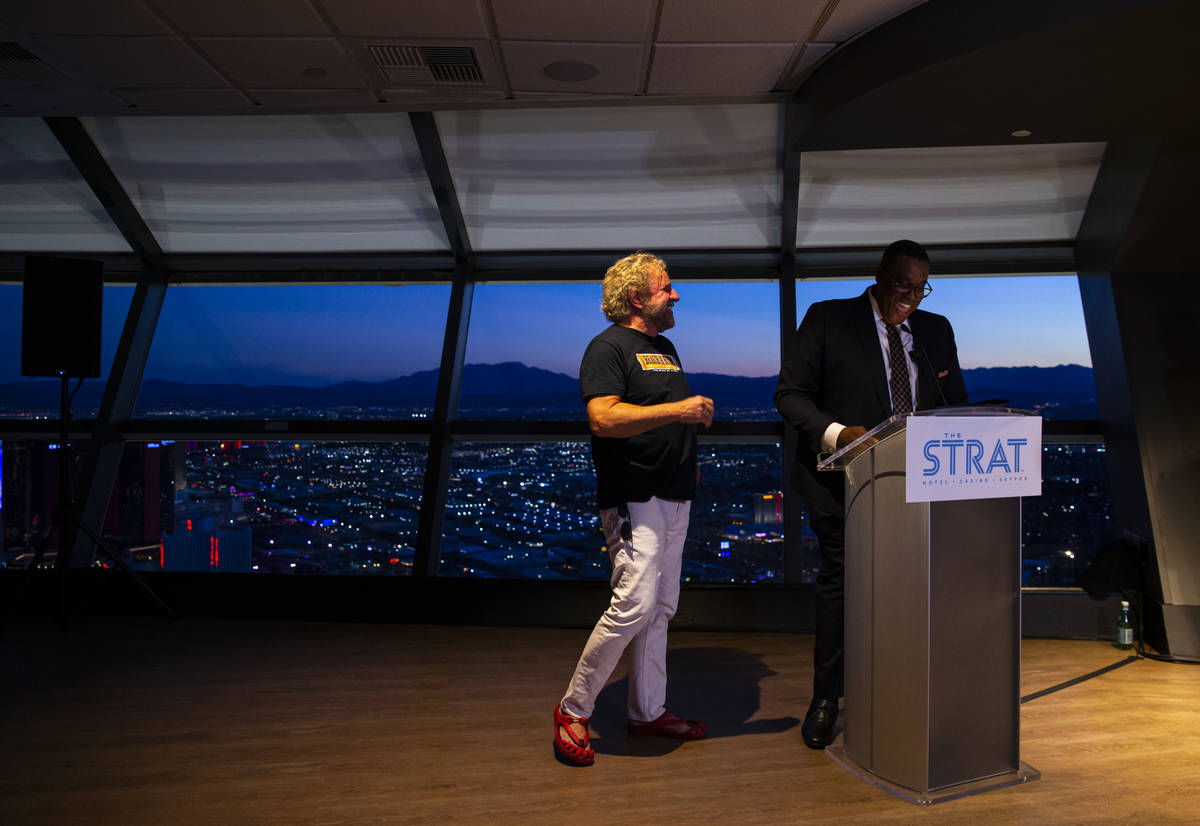 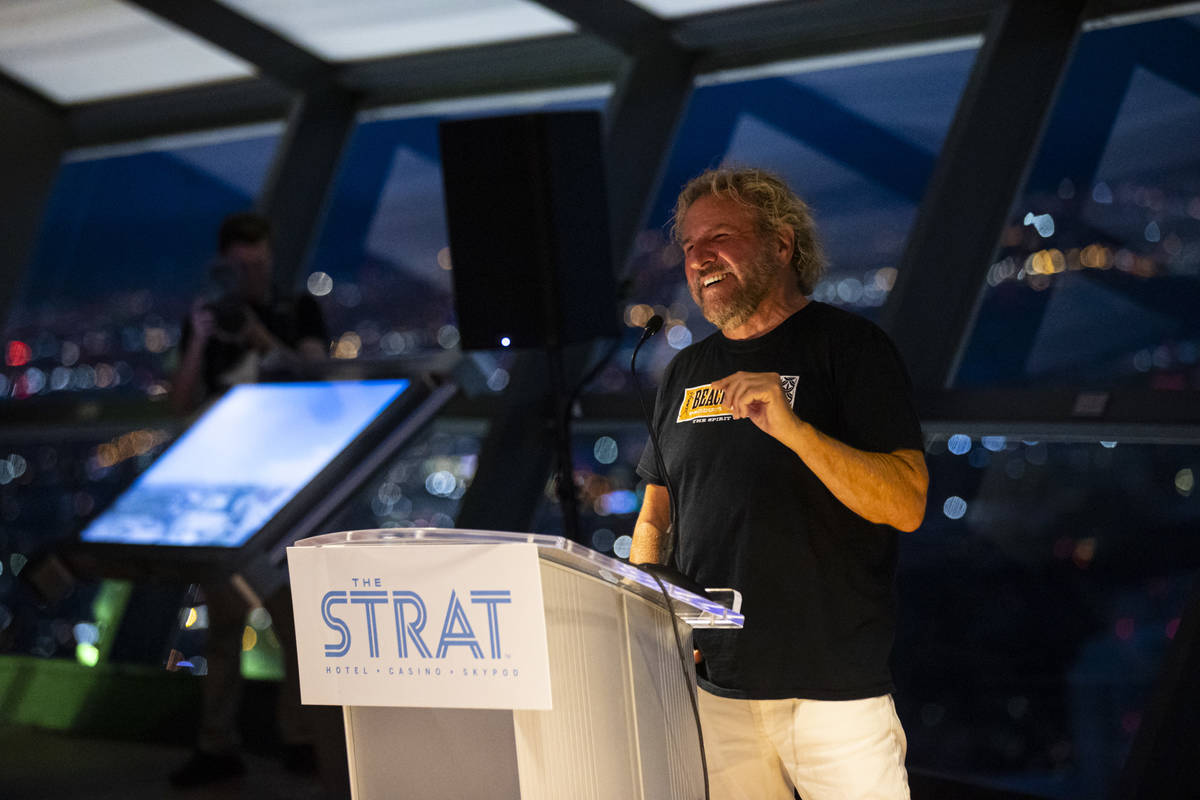 We got yer white collar. We got yer blue collar. But Sammy Hagar is creating a new cultural demographic.

“My fans are no collar,” Hagar said in an interview last week. “We’re a no-collar bunch of people.”

Hey, it beats “dog” in the collar lineup.

But Hagar is going with the party vibe, feel free to dress down to get down, at his “Sammy Hagar and Friends” rock residency at The Strat Showroom. The venue will be set at 800, with the floor open. Wear your grooving shoes, is the advice here.

Hagar’s plans are simple, yet loosely conceived. He’ll open the series with his current band, The Circle, featuring Michael Anthony (late of Van Halen) on bass, Vic Johnson on guitar and Jason Bonham — yes, son of the late legendary Led Zep drummer John Bonham — on drums. the band will careen through such Hagar favorites as “I Can’t Drive 55,” “There’s Only One Way to Rock,” “Right Now,” “Heavy Metal,” Mas Tequila, “Why Can’t This Be Love.”

The fluid set list will cover Hagar’s days with Montrose, Van Halen, Chickenfoot the Wabos party band, and of course his solo career.

“The Circle has the best set list in the world, and the Wabos play a lot more of my old, deeper tracks, and my old vintage catalog from the rocker area, from the ’70s, ’80s, it’s a mosh-up,” Hagar said. “We’ll start with six, seven Van Halen songs, a couple of Montrose tracks, a Led Zeppelin songs, six Circle songs. We’ll mix it up pretty good.”

Beyond that core lineup, the party is on as Hagar is inviting such guest stars as Toby Keith, Rick Springfield, Kenny Chesney, Vince Neil and Jerry Cantrell of Alice in Chains to the party. The residency is set to be open-ended, modeled after his rollicking Cabo Wabo birthday shindigs in Cabo San Lucas.

Hagar had originally announced his Strat residency plans in March 2020, just before the Keep Memory Alive Power of Love Gala. The plan back then was to load the frivolity into the “Celestia” tent. That idea, and the tent and the show itself were felled by COVID.

Hagar never let go of hit Vegas residency plans. But he resists the concept of a traditional concert-fashioned show. He’s done his homework, taking mental notes on what does and doesn’t work in his vision for Vegas.

“I’ve seen all the different residencies, you know, Styx, Def Leppard. I’ve seen all of them. Elton John – even all that,” Hagar said. “For me, I’m thinking, what do I want to do if I’m going to come to Vegas? I really settled, before I found this venue, I was set on the idea of bringing kind of a Cabo Wabo birthday bash, which is turned into the ultimate party on the planet, to Las Vegas.”

Hagar laughed when it was suggested a full-blast, Vegas party every show might exhaust the experience.

“See, I’ve got brakes on my car. I’m not one of those guys that drinks until I pass out. No, I drink until I get a little buzz and I stop and when I feel like I’m too sober again I have another drink and I get a little buzz, and you know, I pace myself,” he explained. “I’m a professional. As a matter of fact, I may have to give a little lesson before each show and say, ‘OK now everybody, you’re in here, let me give you the rules … If anybody passes out they’re not welcome back next week.

“Do not pass out at one of my shows. You’ll be sorry.”

In his Vegas foray, Hagar has teamed with kindred, rock ‘n’ roll spirits at his host hotel. Steve Arcana, executive vice president and COO of Golden Entertainment (the Strat’s parent company) is longtime friend of Hagar’s. As it happens, he’s also a huge Hagar fan.

SPI Entertainment CEO Adam Steck is a rocker at heart. His company has taken over operations of The Strat Showroom (where this week star magician Xavier Mortimer opens his residency), and co-produces Hagar’s shows with Hagar’s manager, Tom Consolo of TC Management.

Hagar already has a Vegas presence with his Cabo Wabo tavern at Planet Hollywood, where on Tuesday he’ll appear with his buddy Rick Springfield during the Nightclub & Bar Show. The two will be repping their Beach Bar Rum liquor. Hagar is also in partnership with star chef Guy Fieri in Santo Spirits line.

The Red Rocker continues to expand his brand, but he is forever a rock star. He knows how to win over a crowd, whether it’s at a rock festival in Mexico or a rock club on the Strip.