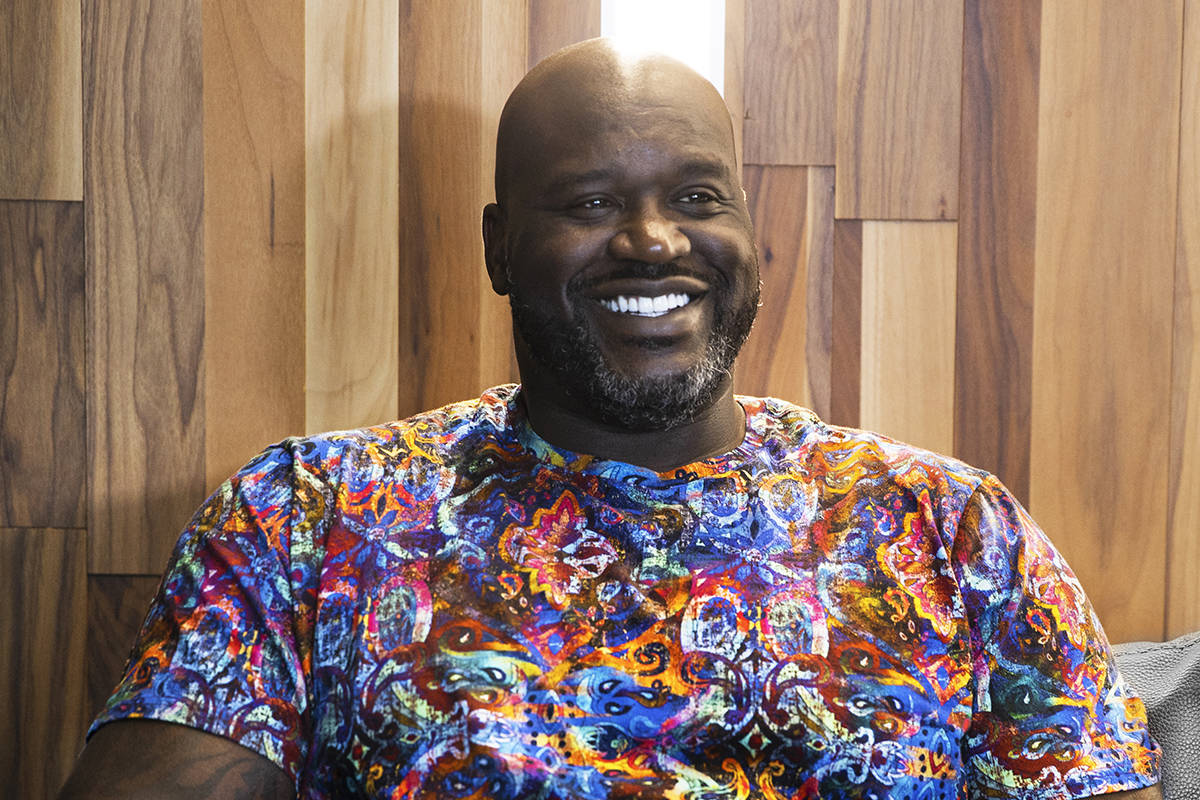 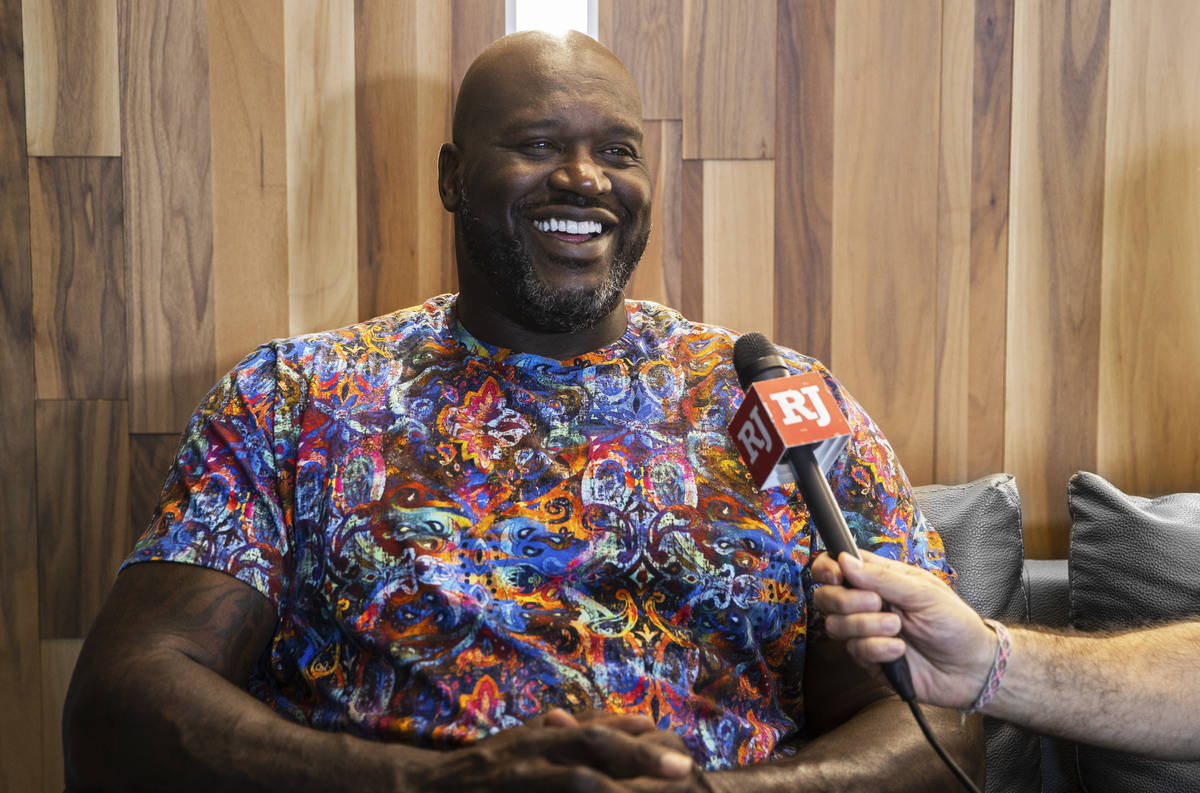 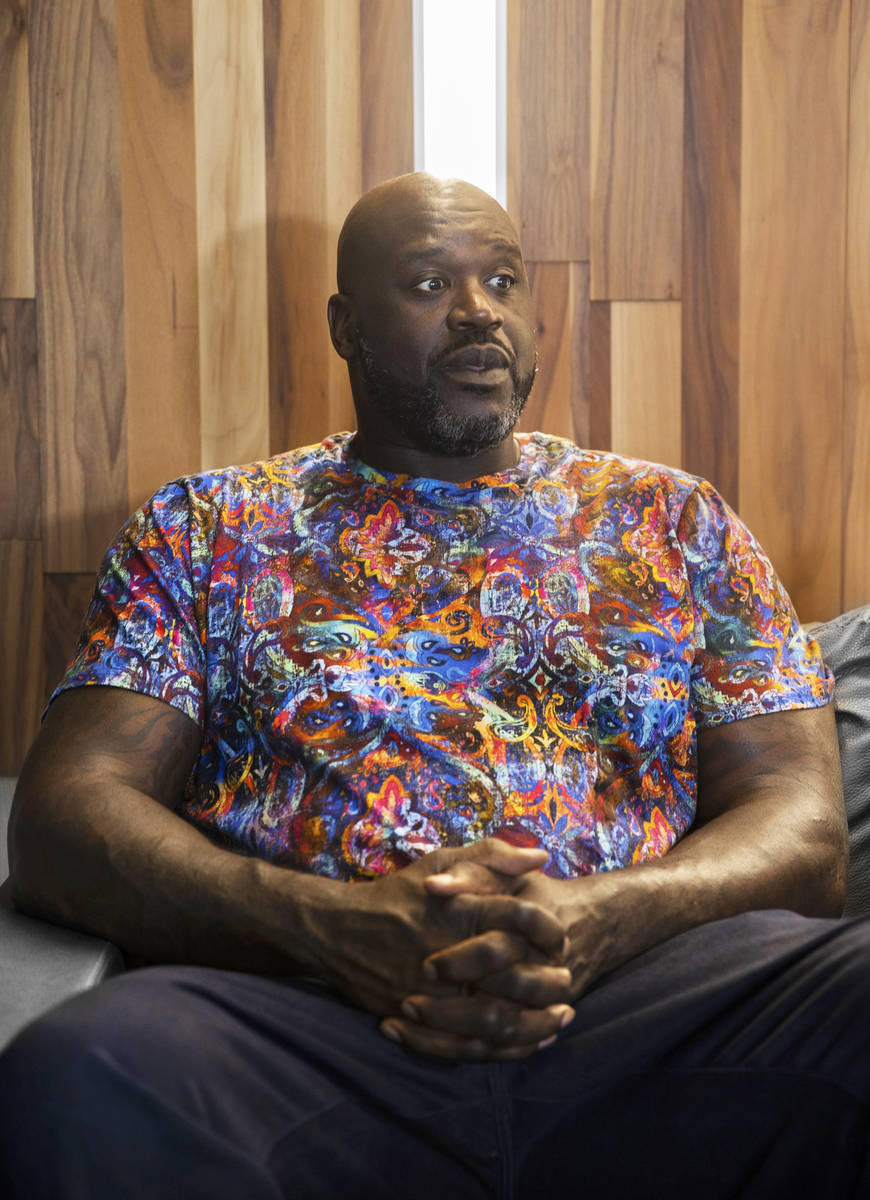 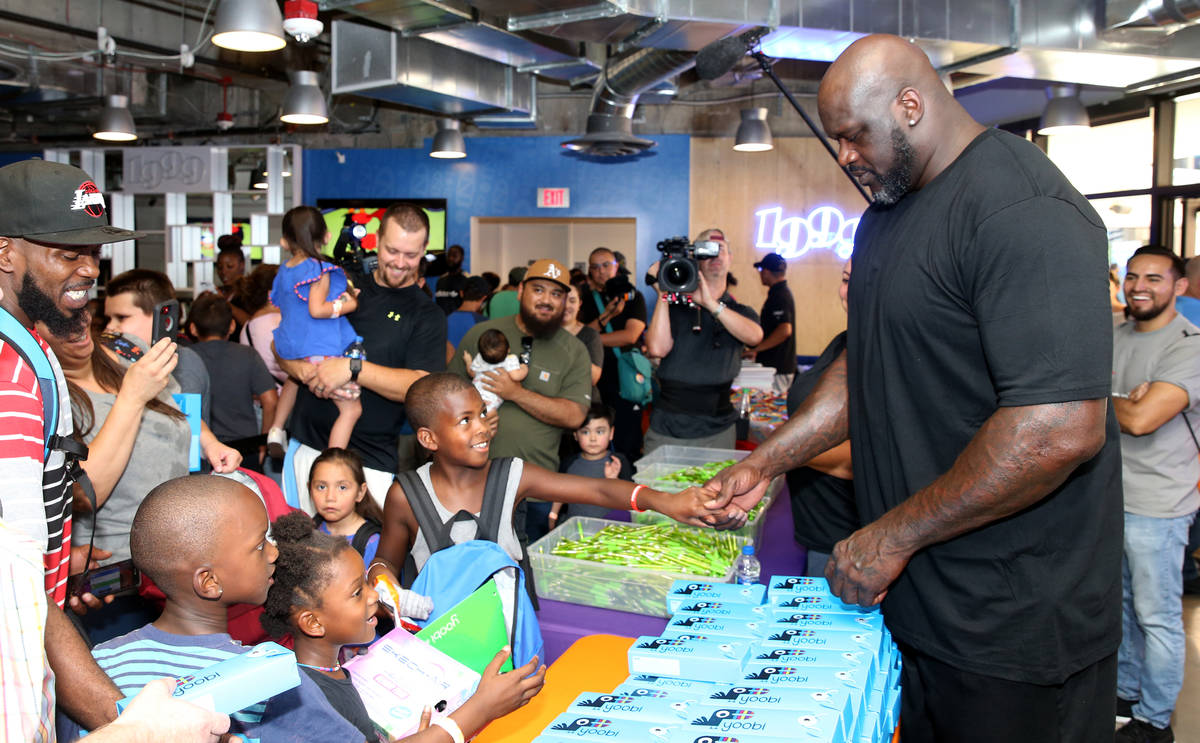 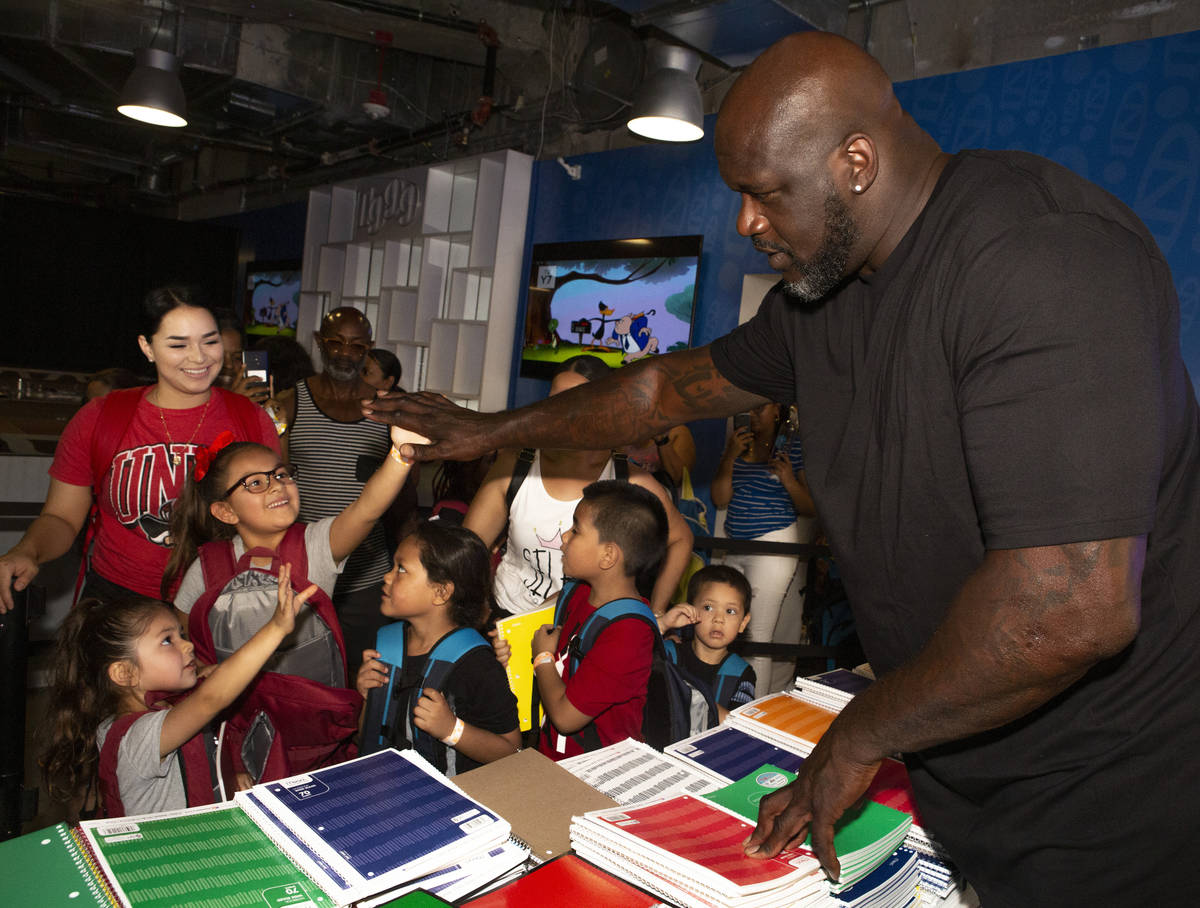 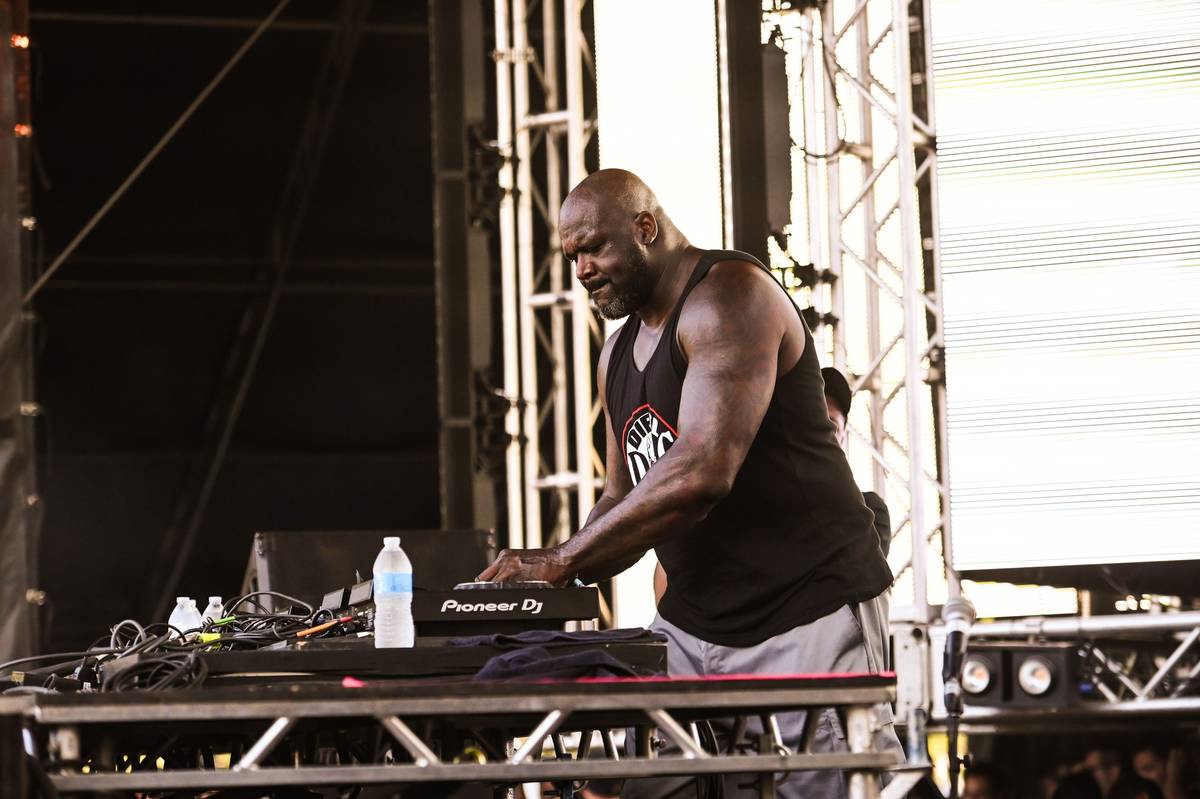 Shaquille O'Neal appears in a scene from "Shaq Life." (TNT) 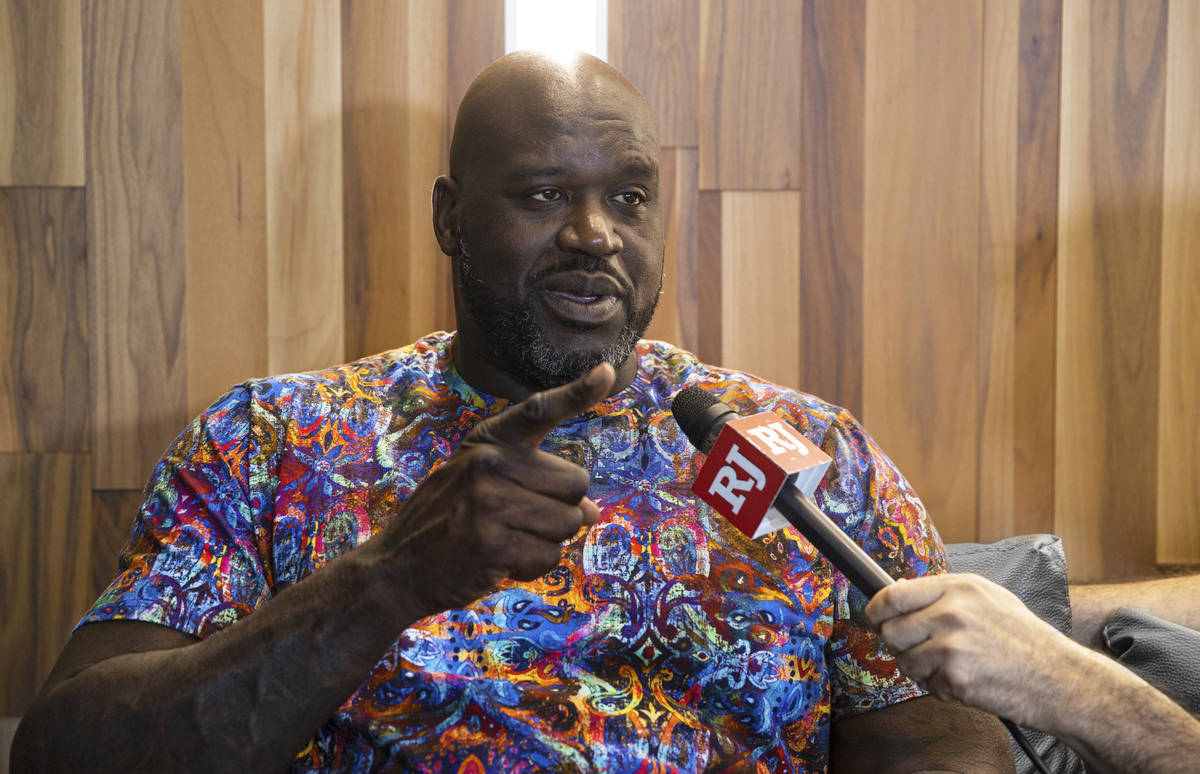 Shaquille O’Neal is a good neighbor in Las Vegas. Take if from a dignitary who has lived in Vegas a while.

“Shaquille just a good, loyal neighbor. When he moves in, he really does care about the families,” Elaine Wynn said during a phone chat Tuesday morning. “His care for children is genuine. It’s not frivolous.”

Wynn’s comments about Shaq are not random. The Las Vegas hospitality icon is on the board of The Shaquille O’Neal Foundation, which focuses its efforts on youth initiatives.

There will be others, too, as Shaq himself plans to take the stage with Snoop Dogg for rap he promises will be “PG-13.”

O’Neal has held a part-time residence in Las Vegas for 20 years, where he has several business interests. He lives in Atlanta during the NBA season. As an analyst on TNT, a four-time NBA champ and member of the Professional Basketball Hall of Famer, O’Neal is an expert on pro hoops.

And Shaq says Vegas is built for an NBA team.

“Las Vegas has grown a lot, and there is a lot of want for an NBA team,” O’Neal said during a chat at his charity’s Summerlin offices. “I don’t want to go on the record too far, but I’m leaning toward most definitely.”

Shaq said the city’s infrastructure and support system for an NBA franchise are already in place.

Shaq’s first piece of advice in this new role?

“Whatever betting platform Charles Barkley uses, get away from that,” O’Neal said.

Aside from his entrepreneurial activities and headlining status as DJ Diesel at the Wynn, O’Neal has developed a routine during his time in Vegas.

“I talk to the pool guy, the cabinet guy,” the 7-foot-1 former center said. “I do regular-person stuff. I go to the furniture store.”

The “regular-person stuff” includes giving back.

“It’s always a must to take care of your community, especially the children,” O’Neal said. “It’s just the right thing to do.”

“He’s just a really decent guy,” Pascal said. “The image people have of him, of being caring, fun-loving and wanting to promote and spread joy, that’s really who he is.”

“Everything here is super-sized,” Pascal said. “It’s totally fitting to have Shaq be here, and be part of the community.”