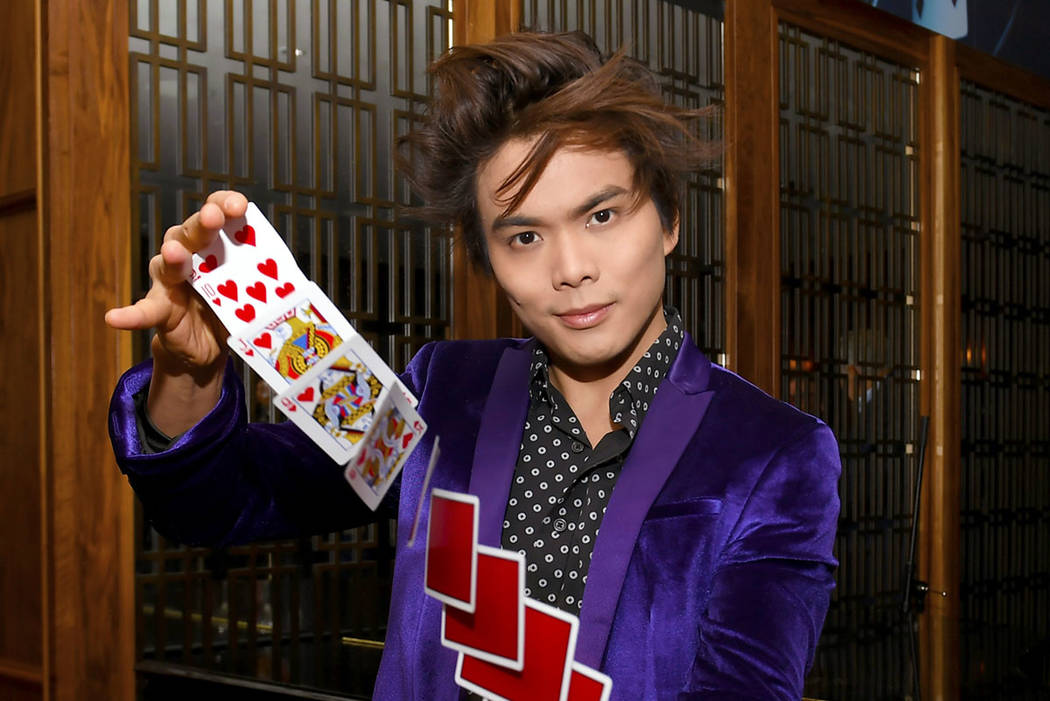 Two-time "America's Got Talent" champ Shin Lim has extended his residency at the Mirage through June 2020. (MGM Resorts International) 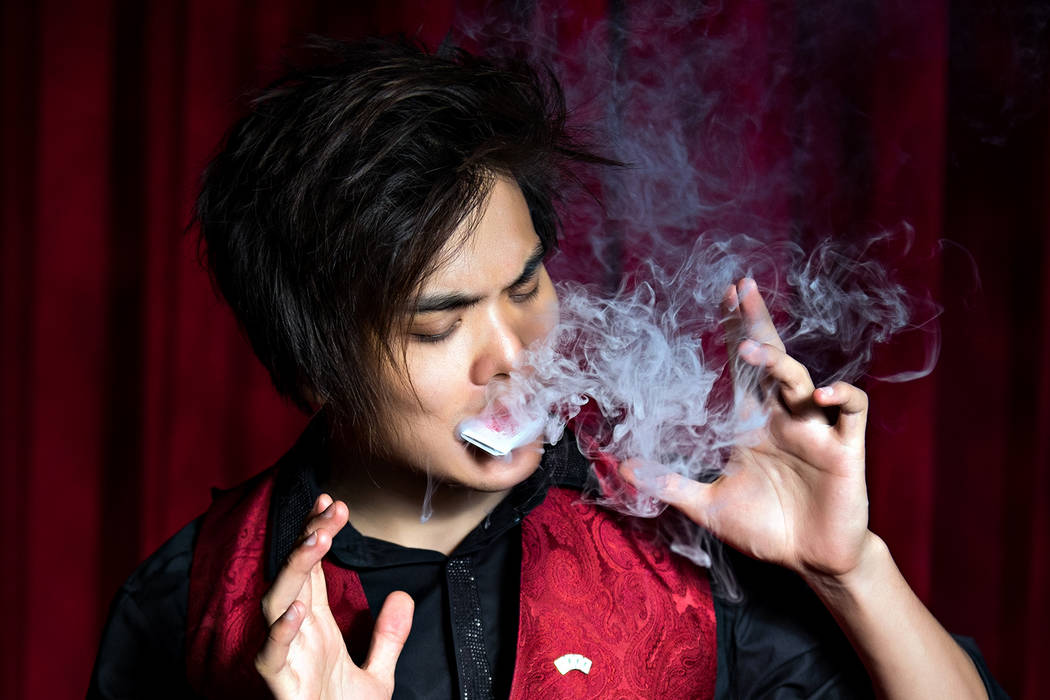 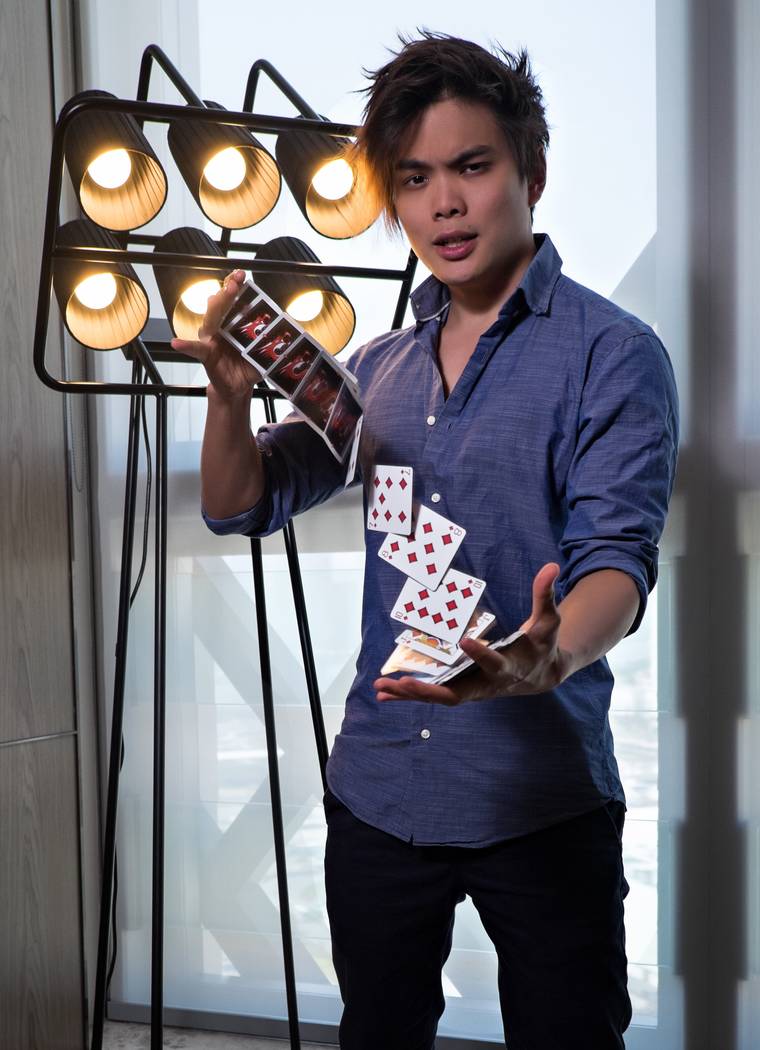 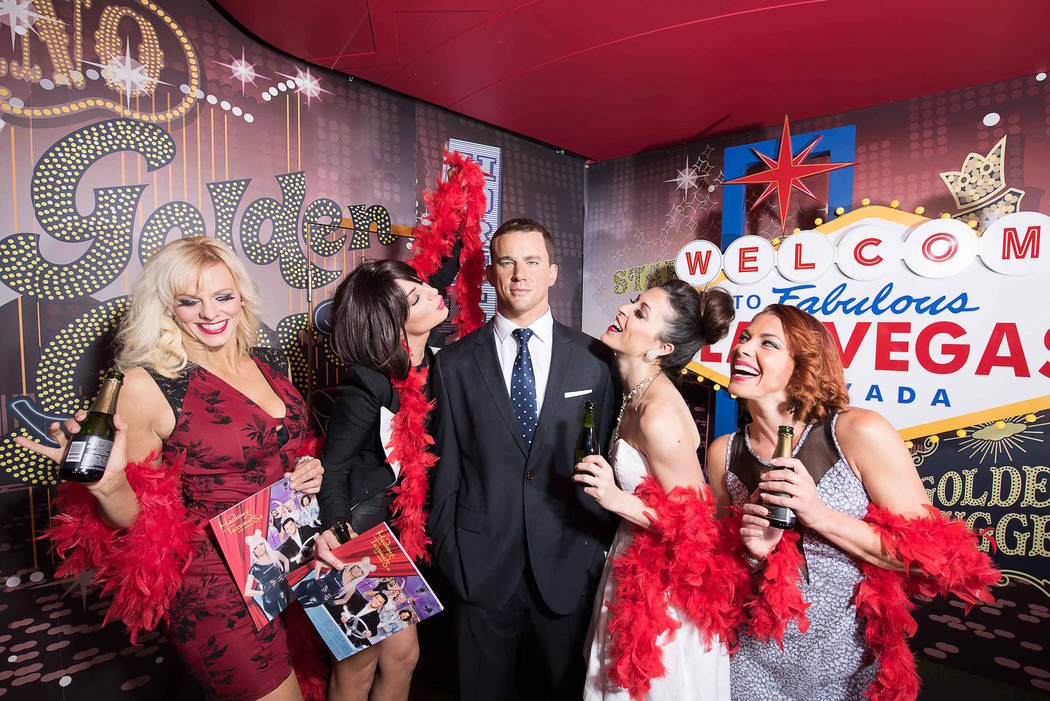 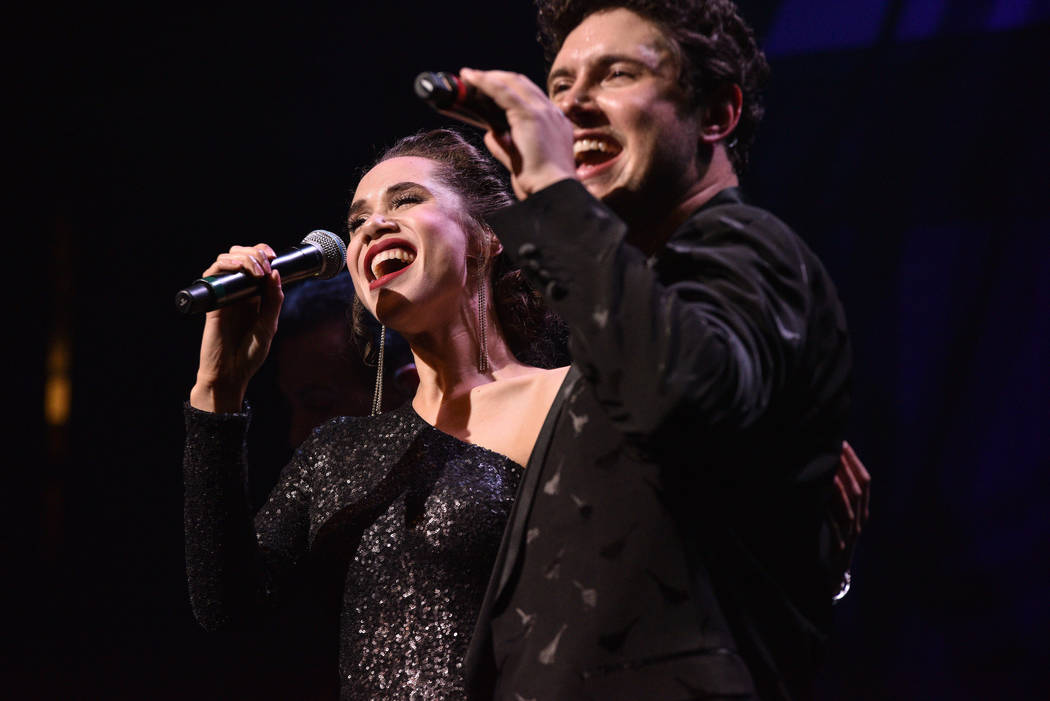 Daniel Emmet and Jaclyn McSpadden are shown in "All That I Am" premiere at Caesars Palace in Las Vegas on Sunday, Aug. 25, 2019. (Killer Imaging)

A hot Strip headliner is seeking a magic kingdom in Las Vegas.

Shin Lim, who has just expanded the “Limitless” magic show he fronts with guest star Colin Cloud, is becoming an actual Vegas resident during his Vegas residency.

The effort began this month, as Lim has extended his schedule at The Mirage through June.

Yahoo reported Tuesday that Lim was looking at estates in the same gated Lake Las Vegas neighborhood where Celine Dion resided during her headlining years at Caesars Palace. Lim has visited several mansions in the area, including one known as Water’s Edge that carries a listing price of $7.5 million.

“Let’s just say we are looking into many other options,” Lim said Saturday, “and some more conservative than that Lake neighborhood.”

Bad Bunny music director Sam Hyken was turned on to the Pop Strings by Vegas pianist Dave Siegel. Hyken reviewed video of the band during its Cleopatra’s Barge at Caesars Palace performances, and enlisted Perrico to contract the musicians and retool the arrangement played in the show. Ricky Martin, a former Park Theater resident headliner, introduced the number.

Jaclyn at the front

Vegas vocalist Jaclyn McSpadden is the star in the latest Postmodern Jukebox YouTube effort, a cover of “Every Breath You Take” by the Police.

McSpadden was a cast member in PMJ’s run at 1 Oak Nightclub at The Mirage, where the video was recorded. She also co-starred in “Baz” and has been a popular call-up during Brian Newman’s “After Dark” shows at NoMad Restaurant.

PMJ has a widespread presence on YouTube, with 4.3 million subscribers, including this one.

The Killers announced their new album, “Imploding The Mirage,” on Friday, a day after the MGM Resorts International announced expanded hours for The Mirage volcano.

The album title is a metaphorical reference, of course, and the volcano is an actual, exploding thing. Nonetheless, a great only-in-Vegas coincidence.

This is the most inspired use of a watermelon since Gallagher’s heyday.

Penn & Teller have returned to the stage at the Rio after Teller underwent minor surgery on his back three weeks ago. The duo have been characteristically busy with new acts, including one just added, called “Watermelon Surgery.” The duo actually claim to perform laparoscopic surgery on a watermelon.

As Penn Jillette posted on Twitter, “Yup, we’ve got the camera and the surgical tools and a magic trick.” I understand the watermelon is covered by Aetna …

What about a lounge appearance someday for Raiders President Marc Badain? I asked Badain about this concept during the announcement of the team’s 10-year partnership with M Resort as its official hotel partner.

“I certainly hope not,” Badain said with a grin. “I would feel sorry for anyone who came in and saw that.” Don’t rule it out. Trust me, charities in Las Vegas are very persuasive into turning such a performance into a donation effort.

Following up my online report this week that The Who’s Pete Townshend posted a note on Instagram that the band would play in Las Vegas next April: The smart money is a show at T-Mobile Arena.

The Who will be on an arena tour, which does not line up with a residency on the Strip. T-Mobile is open for them in April.