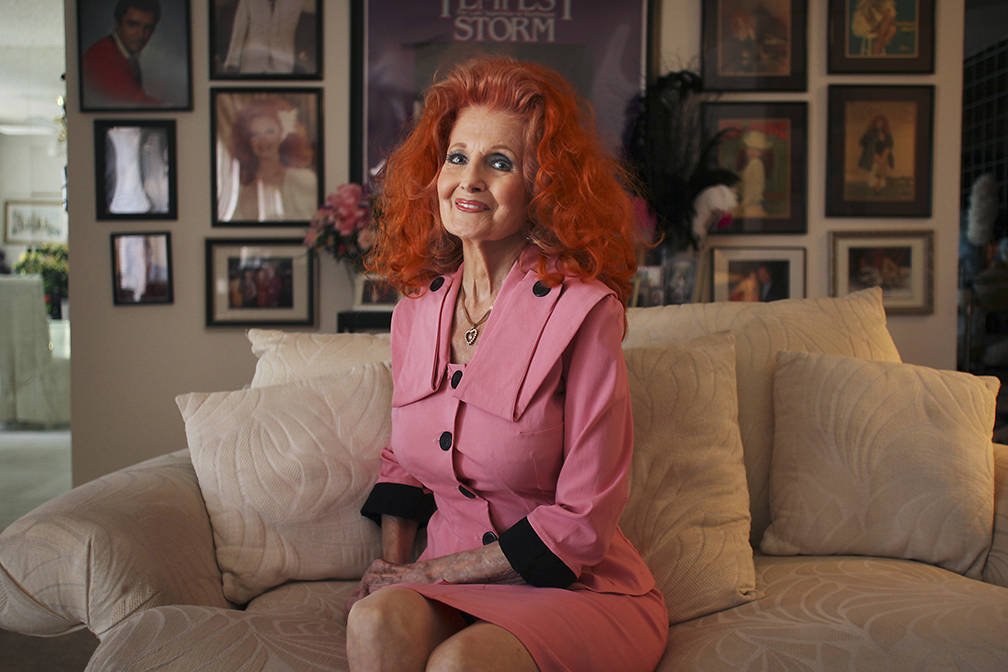 Burlesque legend Tempest Storm poses for a portrait at her home in Las Vegas on June 9, 2011. (Las Vegas Review-Journal/File) 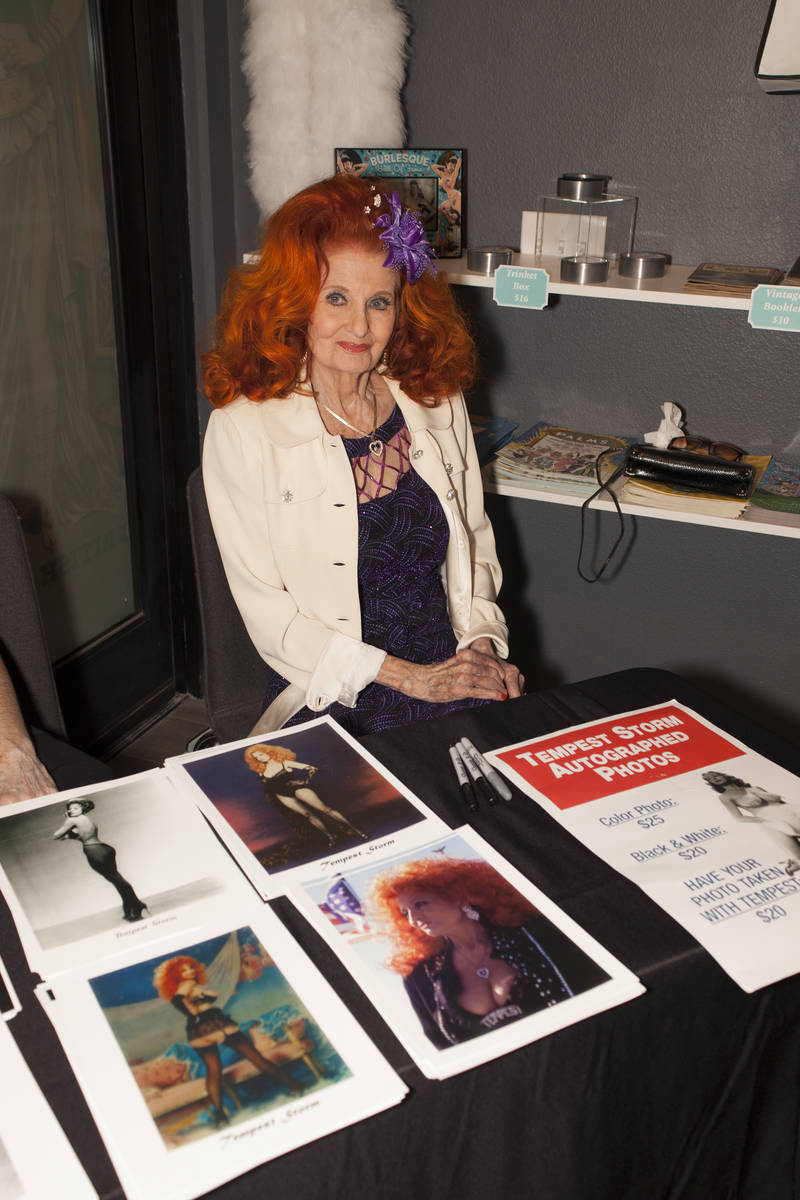 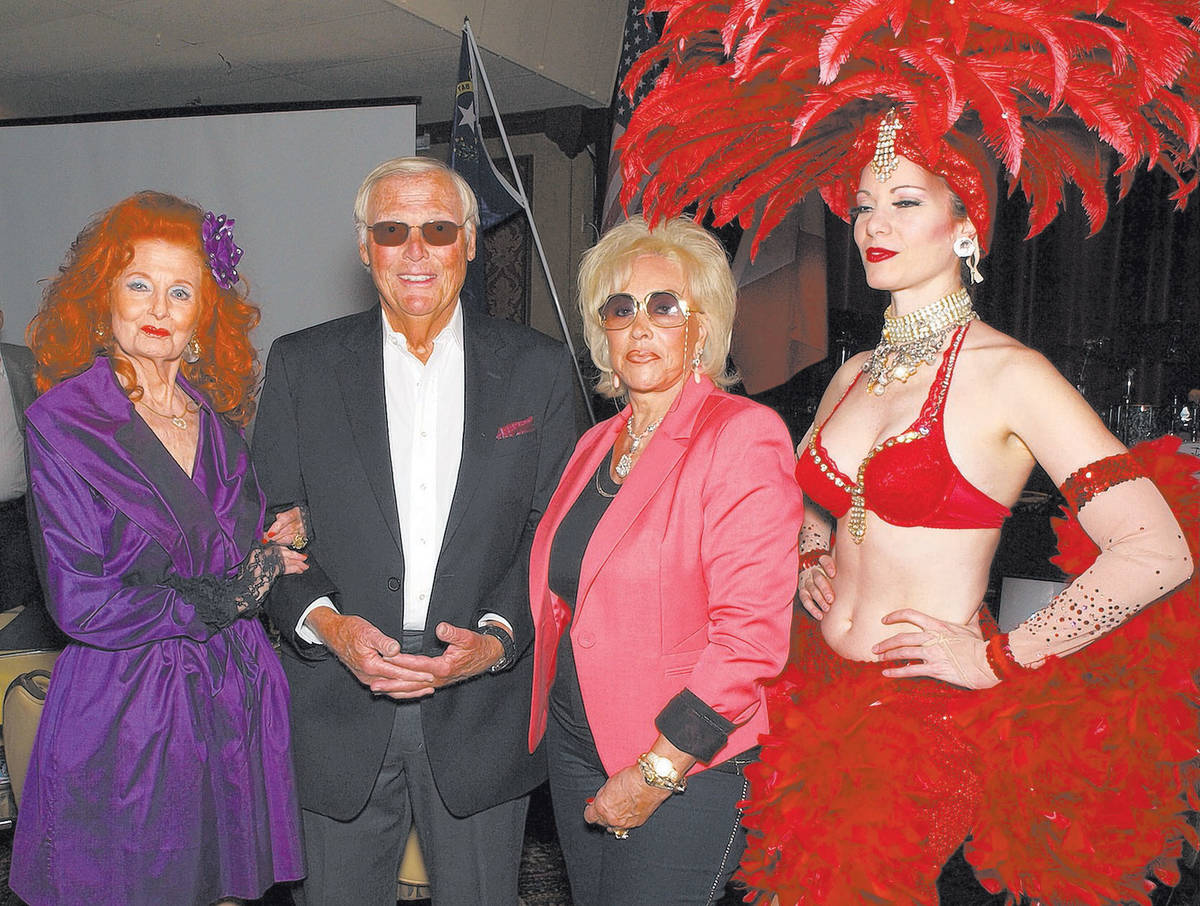 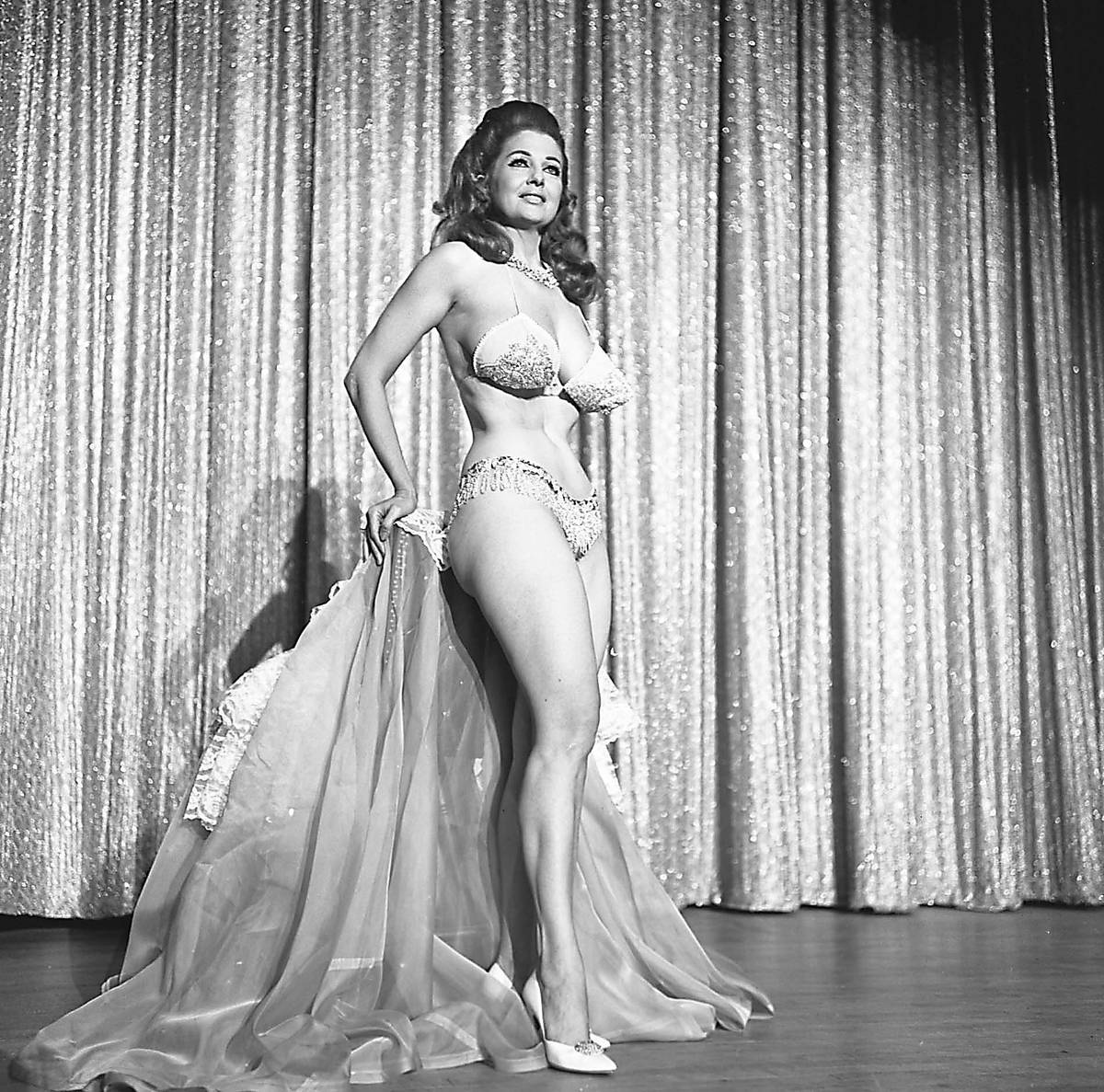 Tempest Storm performs at the Aladdin in November 1969. (Special to View) 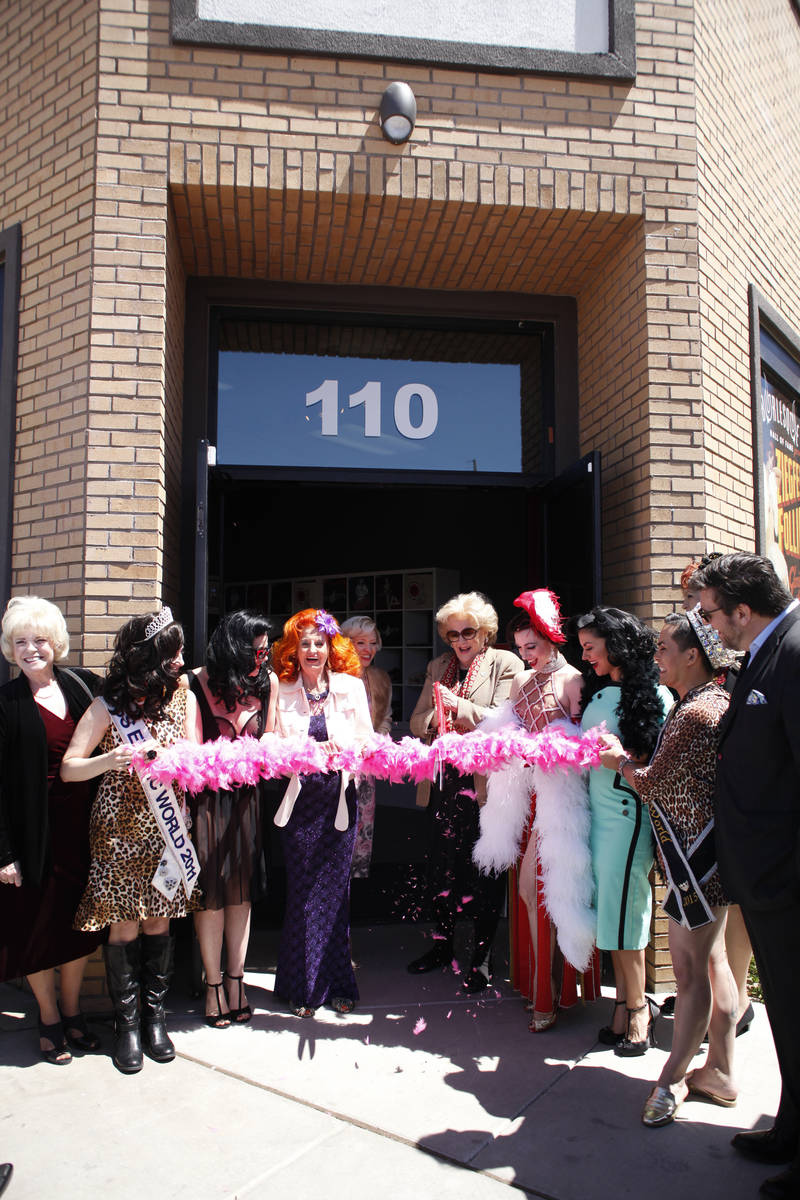 Tempest Storm, the legendary burlesque star who blazed a trail for strip-tease artists for more than a half-century, has died. She was 93.

Storm died in her Las Vegas apartment at 5:55 p.m. Tuesday, according to her longtime friend, confidant and business partner Harvey Robbins, He was at Storm’s home when she died, as were BurlyCares nonprofit organization nurse Stephanie Castellone, and Vegas burlesque performers Kalani Kokonuts and Miss Redd.

“She was the last of the great legends in the golden age of burlesque,” Robbins said. “She was perhaps the biggest of all.”

“Tempest was easily one of the best-known and highest-regarded burlesque performer of all time, and was an active part of the burlesque community right to the end,” Burlesque Hall of Fame Executive Director Dustin Wax said. “She will be missed terribly in the Burlesque community and well beyond it.”

Storm had been struggling after surgery on her right hip on April 8 at Sunrise Hospital and Medical Center. She had been medicated to offset chronic pain after the operation, the second on that hip, and was receiving around-the-clock care up until her death.

Storm had also suffered from dementia in recent months.

Storm was famously a “leap day” baby, born Annie Blanche Banks on Feb. 29, 1928, in Eastman, Georgia. She was the daughter of a sharecropper, leaving school in seventh grade and working as a waitress. At age 14, she married a member of the Marines to escape from her abusive parents. The marriage was annulled after 24 hours. At age 15, she married a shoe salesman and, after six months, left to pursue a career in Hollywood.

She was working as a cocktail waitress when a customer told her she’d make a great strip-tease performer. In 1951, Storm landed an audition with Follies Theater talent manager Lillian Hunt. Within a month she’d upped her pay from $40 to $60 per week, and Hunt said the new performer needed a stage name.

Offered a choice between Sunny Day and Tempest Storm, the entertainment icon said, “Well, I said, I guess it might as well be Tempest Storm.” She legally changed her name six years later.

Storm would become an internationally famous figure, selling out clubs across the country. She was featured in many feature films by pioneers Russ Meyer and Irving Klaw, including a co-starring role with Bettie Page in Klaw’s 1955 film “Teaserama.”

In 1956, she became the highest-paid burlesque performer in history when she signed a 10-year contract at $100,000 a year with the Bryan-Engels burlesque production company.

Soon after signing that deal, Storm married Herb Jeffries, the singer in Duke Ellington’s Orchestra known as Hollywood’s first singing black cowboy. Seen as scandalous at the time, Storm would say the marriage cost her a potentially lucrative film career.

The two had a child, Patricia, in 1964. Storm’s estrangement from her daughter is at the center of the 2016 documentary “Tempest Storm.”

Her final performance ever was at the Plaza in June 2010, at the Burlesque Hall of Fame reunion show. She fractured her left hip that night, effectively ending her stage appearances.

Storm had known the stars of the Strip, including Dean Martin and Jerry Lewis, with whom she performed at a Hollywood awards show that spoofed the Oscars called the Mickey Awards. She arrived at the event in a Rolls-Royce, and was given a citation by Martin and Lewis for boasting “The Biggest Props in Hollywood.”

She knew Frank Sinatra, too. “He introduced me from the audience once, when he was at Caesars, and said, ‘She taught me how to dress,’ and the crowd applauded. Then he said, ‘You thought I would say she taught me how to undress!’ And everybody laughed.”

Storm had dated Elvis for a time, and once recalled how a Presley confidant told her that if the King had remained with her, he might have lived a healthier life.

“I’ve never smoked, drank or taken drugs,” she says. “That’s why I have lasted in this business so long.”

Credited with delivering the art of strip-tease to the masses, she shared a theater tour with the rock band the James Gang in 1973. “Carnegie Hall was one of them,” she said of the sites visited. “That was the greatest. What a thrill.”

In describing her stage appeal, Storm allowed that she was a different personality when performing than when not.

“Some have told me that when they’ve watched me on the stage, I change,” she says. “They used a term, ‘radiance,’ for it.”