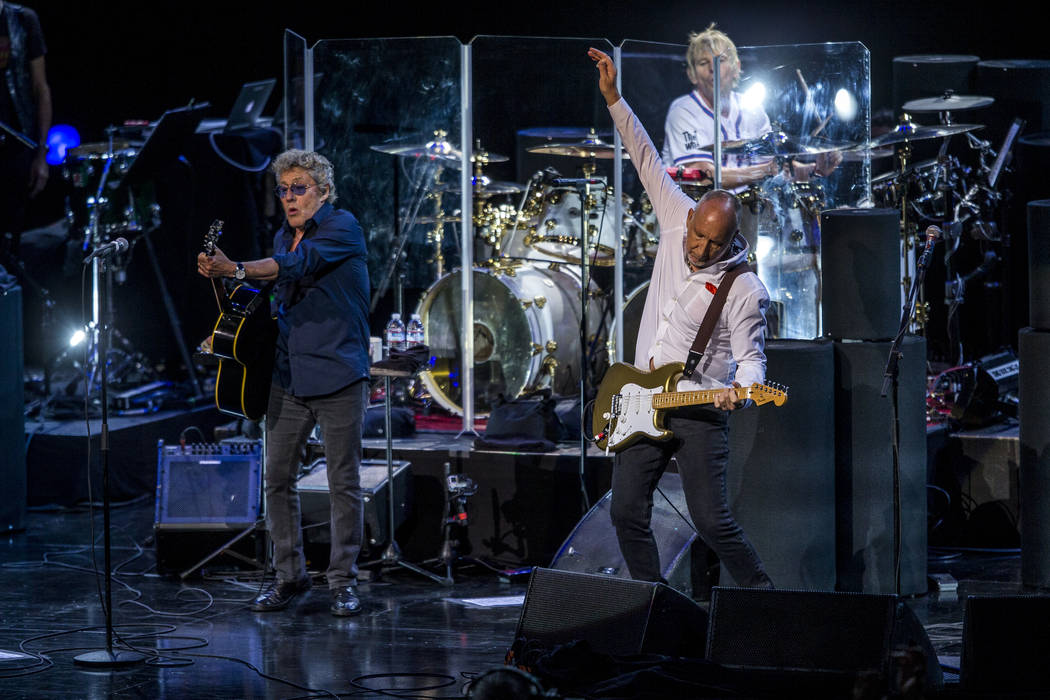 Roger Daltrey and guitarist Pete Townshend of The Who finish the song "Who Are You" at the Colosseum at Caesars Palace on Saturday, July 29, 2017. Patrick Connolly Las Vegas Review-Journal @PConnPie 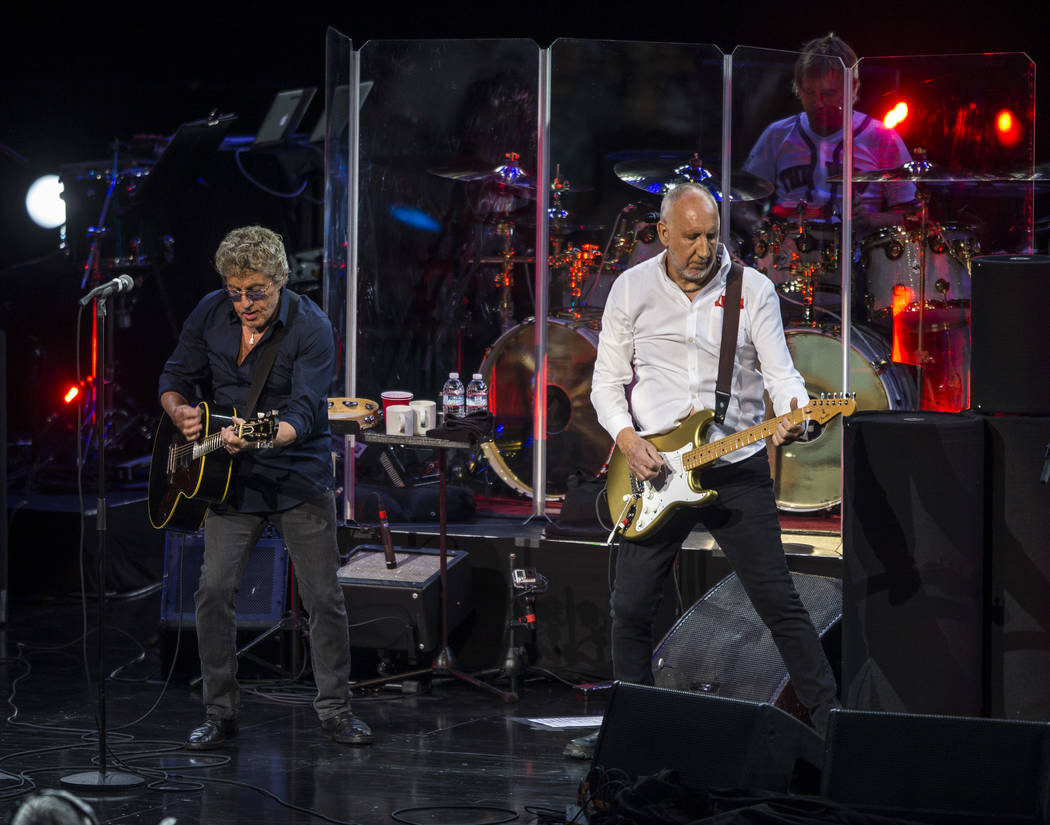 Roger Daltrey and guitarist Pete Townshend of The Who perform at the Colosseum at Caesars Palace on Saturday, July 29, 2017. (Patrick Connolly/Las Vegas Review-Journal) @PConnPie

Led by as always by legendary vocalist Roger Daltrey and Townshend on guitar, The Who played six shows at the Colossuem in July-August 2017. The new set of shows have been formally announced Wednesday morning.

This November, Townshend indicated on an Instagram messsage the band would be coming back to Las Vegas this spring, though he originally said in April.

The Colosseum has undergone extensive renovations, with a revamped video, lights and sound setup, since The Who’s 2017 shows. The performances are to feature the band’s classics, with “Pinball Wizard,” “Who Are You,” “I Can See For Miles,” “Won’t Get Fooled Again,” and “Behind Blue Eyes” on the set list in their Oct. 24 show at the Hollywood Bowl.

The band has also enlisted local symphony musicians for a stretch that includes “Love, Rain O’er Me” and “Baba O’Riley.” The hits will mix with selections from The Who’s latest album, “Who,” their first release of new material in 13 years.