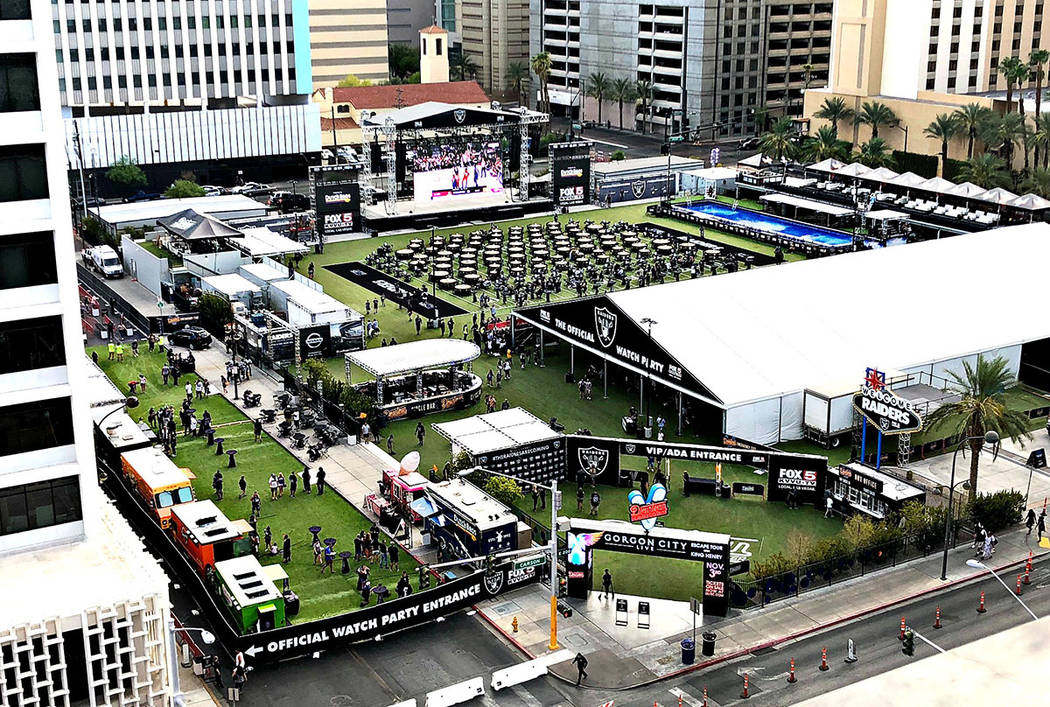 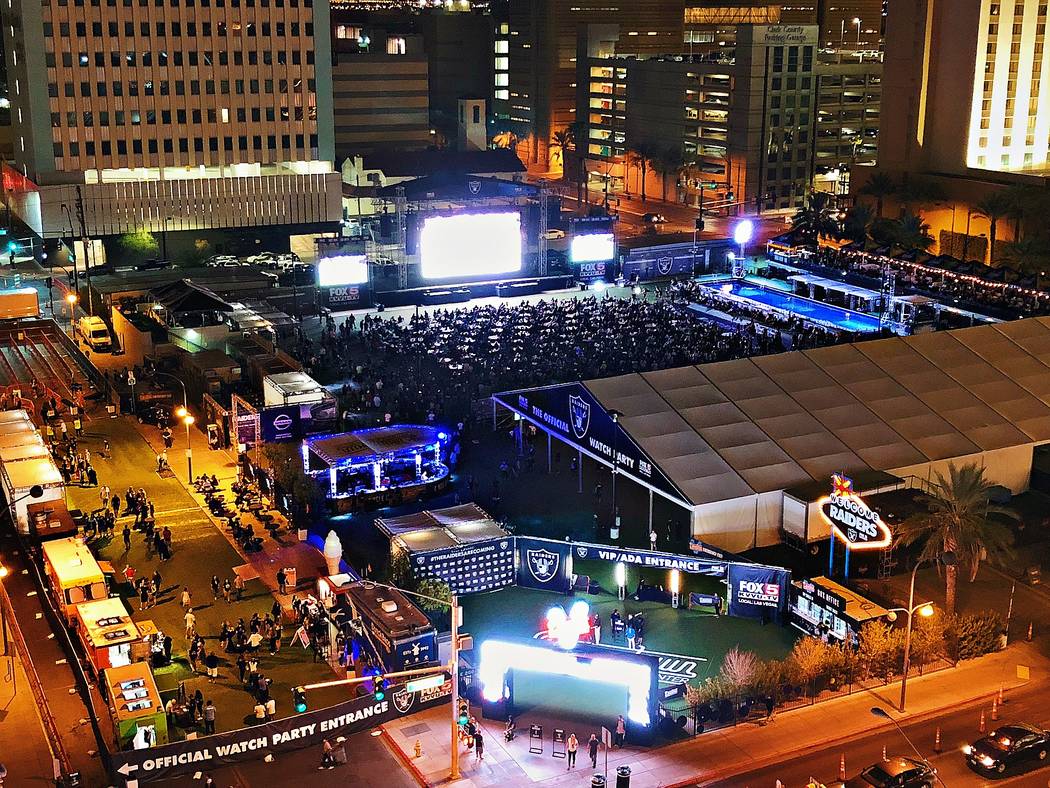 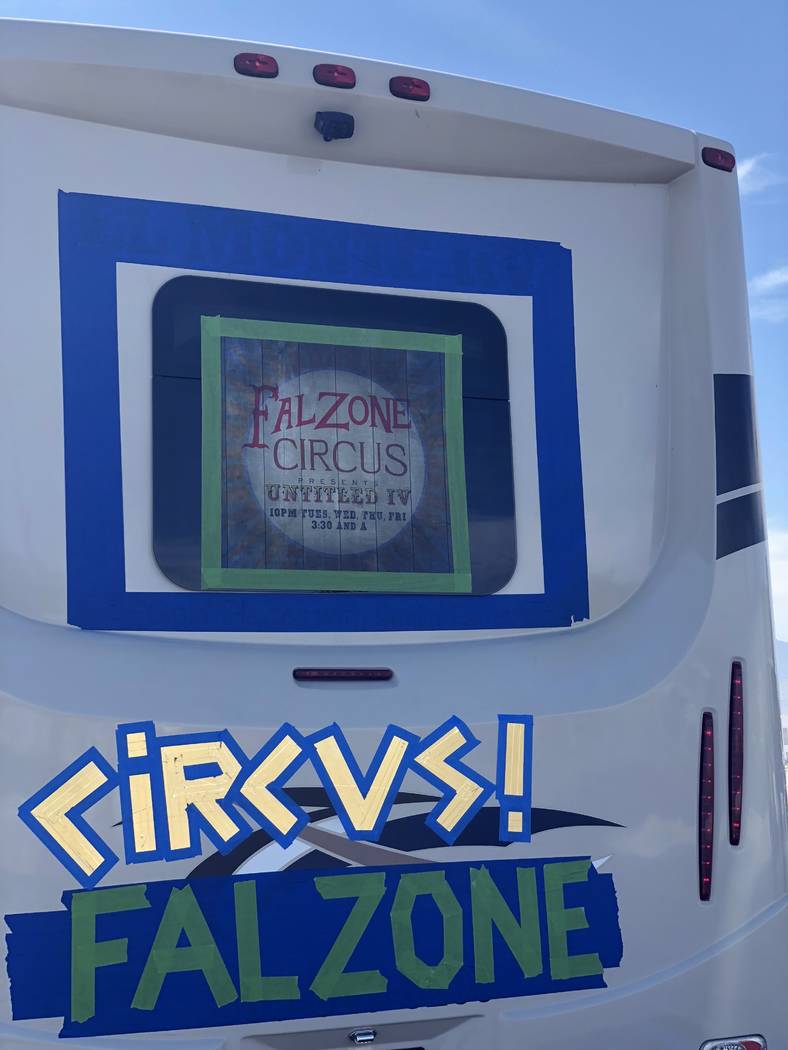 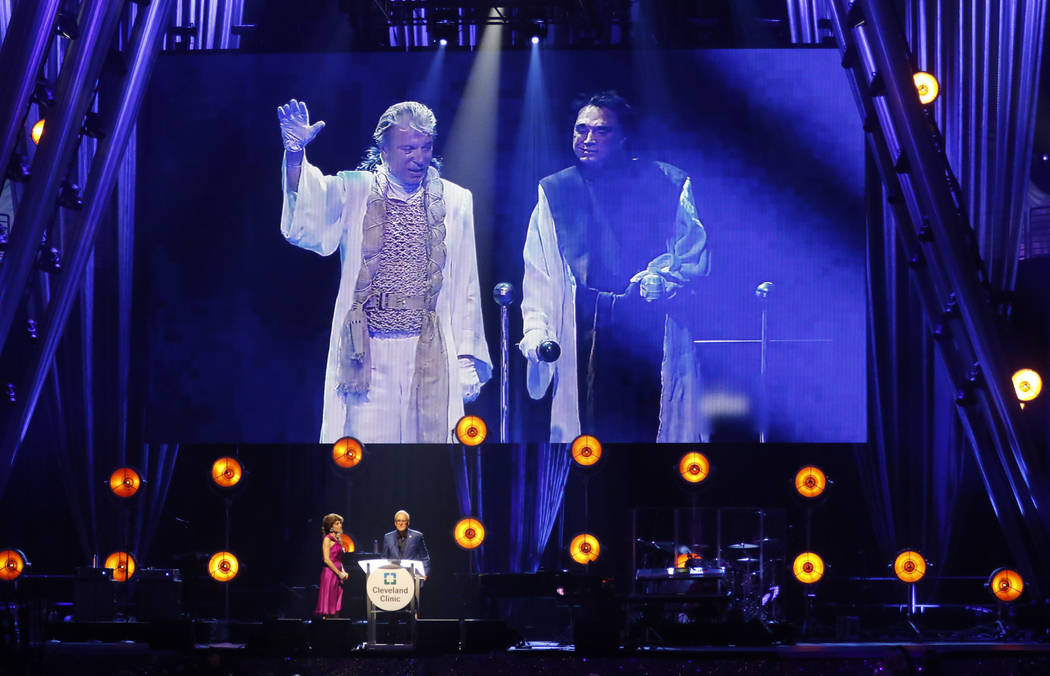 Like a Stickum-slathered Fred Biletnikoff hauling in a pass by Ken Stabler, the Raiders have a firm grip on downtown Las Vegas.

The first official Raiders watch party at Downtown Las Vegas Event Center on Friday night drew an estimated 3,000 fans. The shindig was free, and the game on the big screens was a mere exhibition between the Raiders and Green Bay Packers in Oakland.

Raiders officials were pleased with the scene.

“We have been courting the possibility for a long time,” said D Las Vegas Vice President of Operations Jeff Victor, who books the event center. “They came by to see our Sunday NFL watch parties and then our Vegas Golden Knights watch parties. I believe they were quite happy with the way last night went. We were, as well.”

Beginning Sept. 9, the outdoor venue next to D Las Vegas will host 21-and-older watch parties every Sunday through the NFL playoffs and Super Bowl. An open tent is being installed for those seeking shade.

Siegfried & Roy were on the first episode of “Lifestyles of the Rich and Famous,” in March 1984. Host Robin Leach was thrown by the replica Sistine Chapel ceiling over the duo’s bar in their $10 million Las Vegas home.

The duo paid tribute to Leach, who died Friday at age 76, in a statement:

“We are proud to have been part of ‘Lifestyles of the Rich & Famous” from its inception. Robin Leach was the distinctive voice of our community and an integral part of the ‘Siegfried & Roy Final Bow,’ raising millions of dollars for the Cleveland Clinic Lou Ruvo Center for Brain Health.”

The “Final Bow’ was the duo’s final reunion performance at the 2009 Keep Memory Alive “Power of Love” gala at Bellagio. Leach emceed that event, during which S&R made the big cat Mantecore — the same tiger that dragged Roy Horn offstage on Oct. 3, 2003 — reappear.

As for a public celebration of life for Leach, his son Steven Leach says family and close friends are reviewing options for an event in Las Vegas. Leach says he is certain his father will be buried here, saying, “It makes sense because he loved Las Vegas so much. It’s what he would have wanted.”

A curious, customized RV was seen rumbling along U.S. Highway 95 between Las Vegas and Reno on Saturday. Painted with the Falzone Family Circus logo, the rig is hauling officials from Spiegelworld to the annual Burning Man festival.

Production company founder Ross Mollison is heading up the show “Untitled IV,” which is part of the Falzone Family Circus.

The shows are set to run Tuesday through Friday during the music, art and cultural festival. Spiegelworld characters Evgeny “Alfonso” Falzone-Buzukhov and Beverley Rossina Falzone-Buzukhov, formerly of “Vegas Nocturne” at The Cosmopolitan of Las Vegas, head up the cast.

Mollison is forever on the hunt for new talent. He posted a shot of the “Falzone” RV with the comment, “Spotted in Tonopah, auditioning talent at Clown Motel.”

Palace Station is staging a fireworks show as part of its grand reopening celebration next Saturday night. The event starts at 5:30 p.m. with “Rockfest,” featuring free performances by classic-rock tribute bands (Mirage: Visions of Fleetwood Mac; Pyromania: Tribute to Def Leppard; and Trinity: Tribute to Journey, Styx and Foreigner). This rock-fest is all-ages show; those under 21 must be accompanied by an adult.

The fireworks show, produced by Station Casino faves Fireworks by Grucci, follows at 9:30 p.m. Public viewing areas are at the event grounds, behind the newly expanded casino area on the south side of the property (by the new resort pool) and in the surface parking lot facing Sahara Avenue.

Lily Bar at Bellagio. How about it? Come for the custom libations, stay for the no-cover live music. Drinks such as the Mean Green Mule are created by Hakkasan Group’s chief mixologist, Tim Weigel. Music acts are such Vegas faves as Stoked! (Tuesday and Sept. 20), Jeremy Cornwell (Thursday, Sept. 13, 25 and 27), Daniel Park (Sept. 4), Harmon Eyes (Sept. 6), Shawn Eiferman (Sept. 11) and Dino & The Sharps (Sept. 18).

I hung with Dino & The Sharps, fronted by Tony Felicetta, on Wednesday and was impressed at how many locals (including this one) have found this hang.