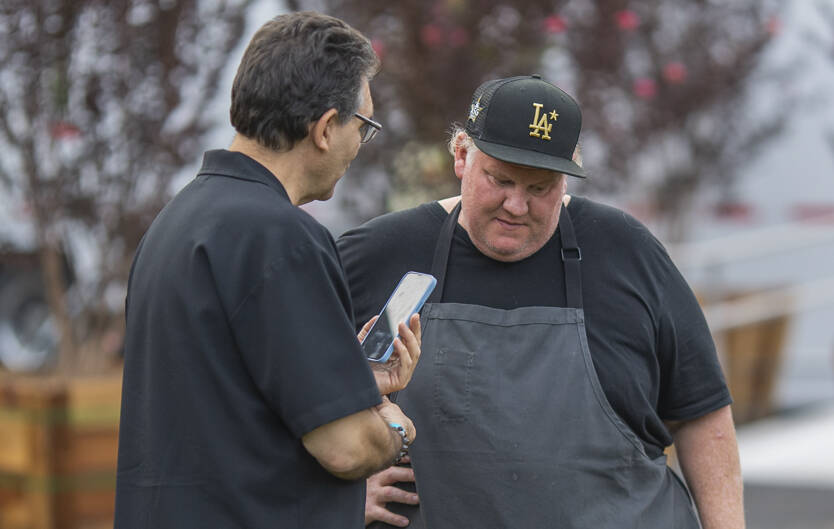 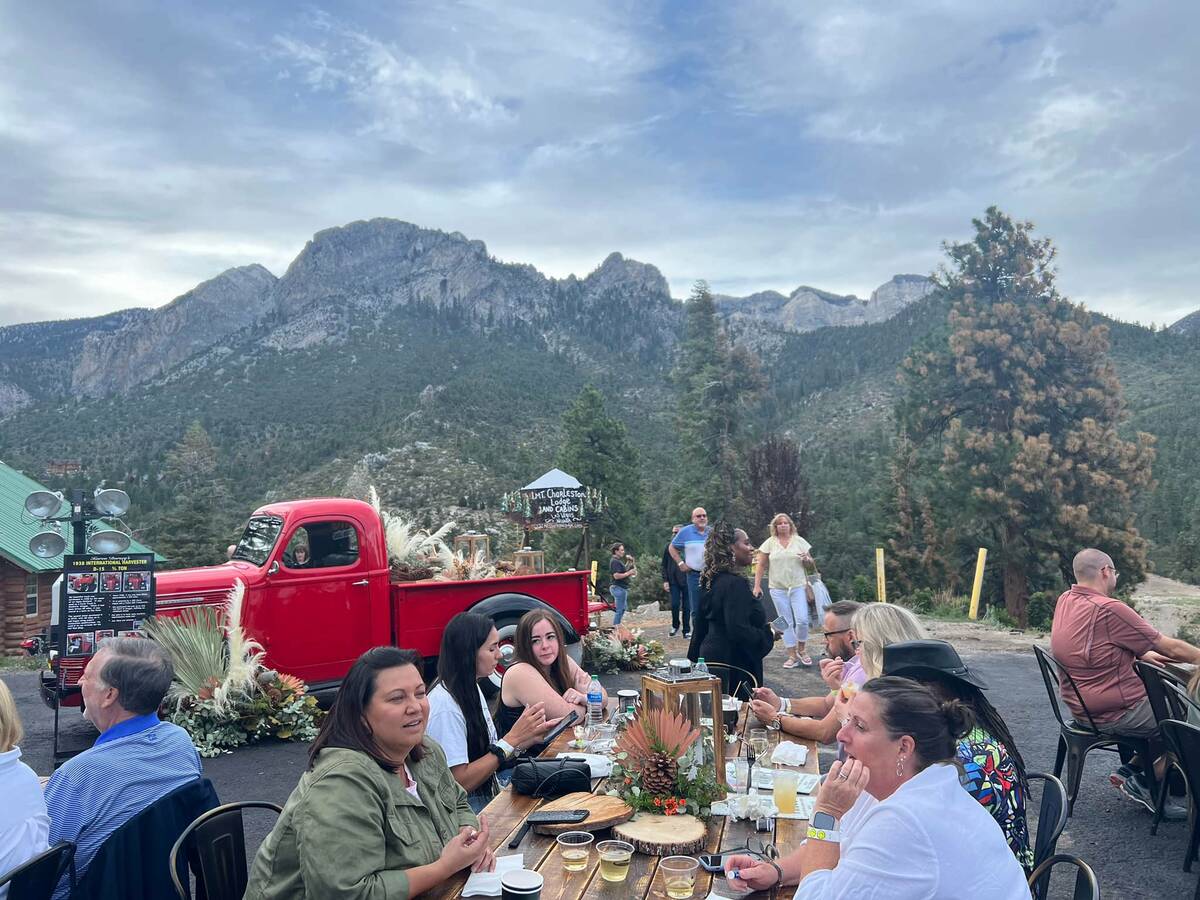 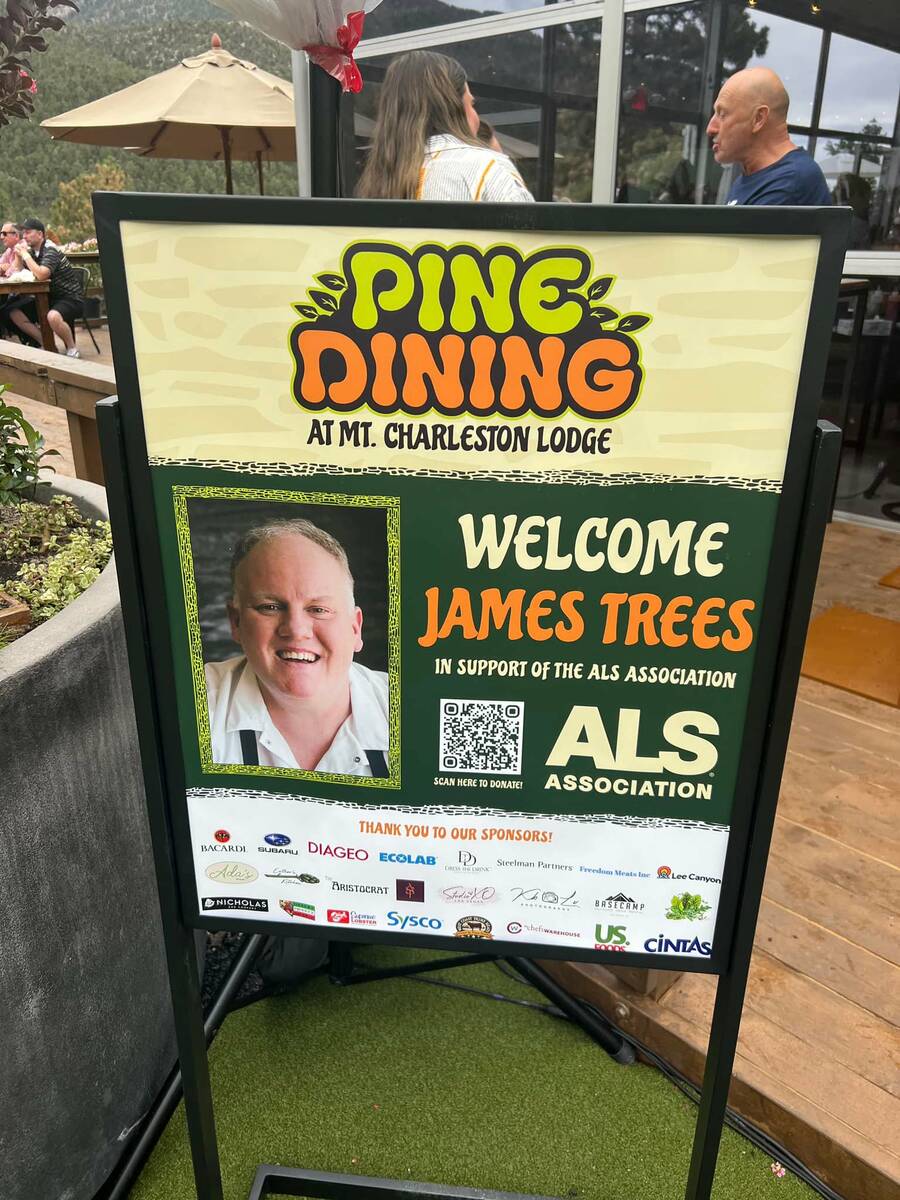 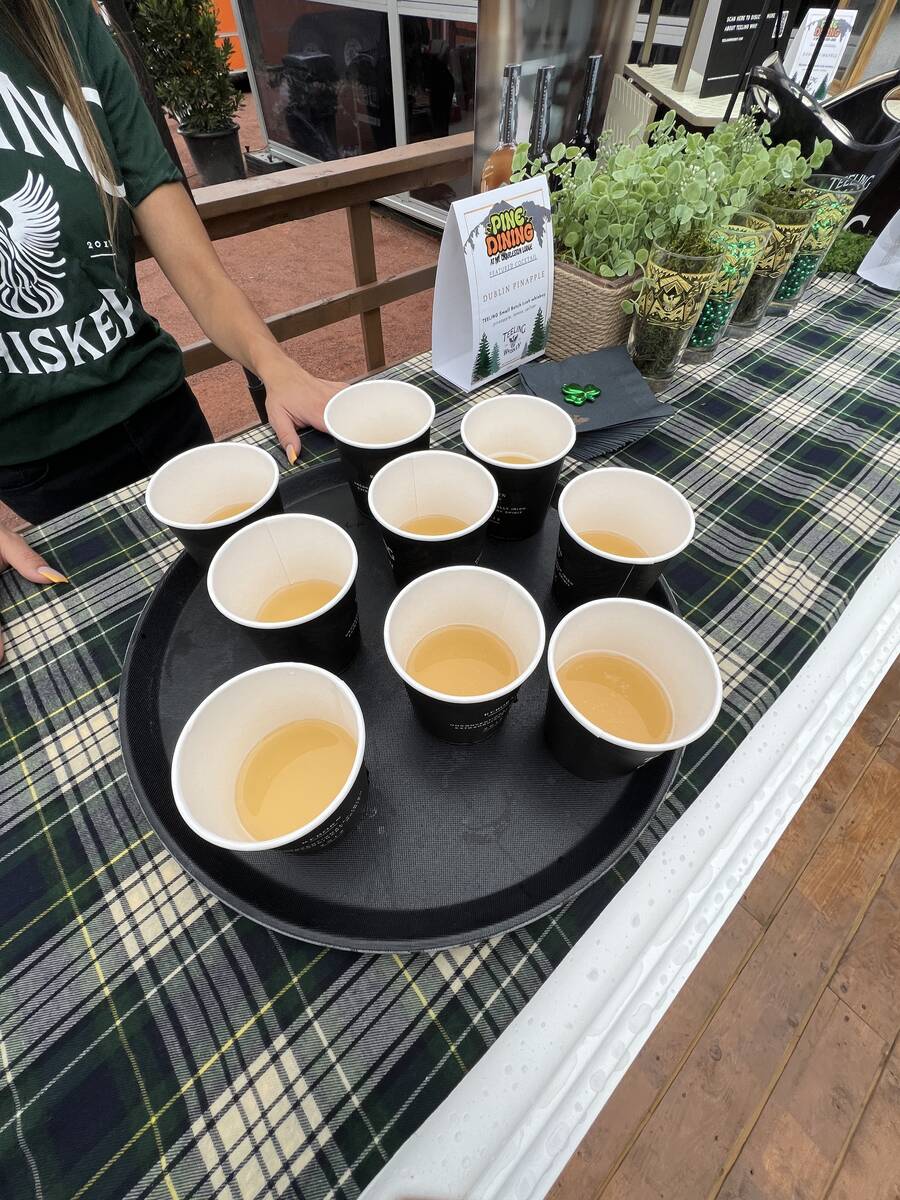 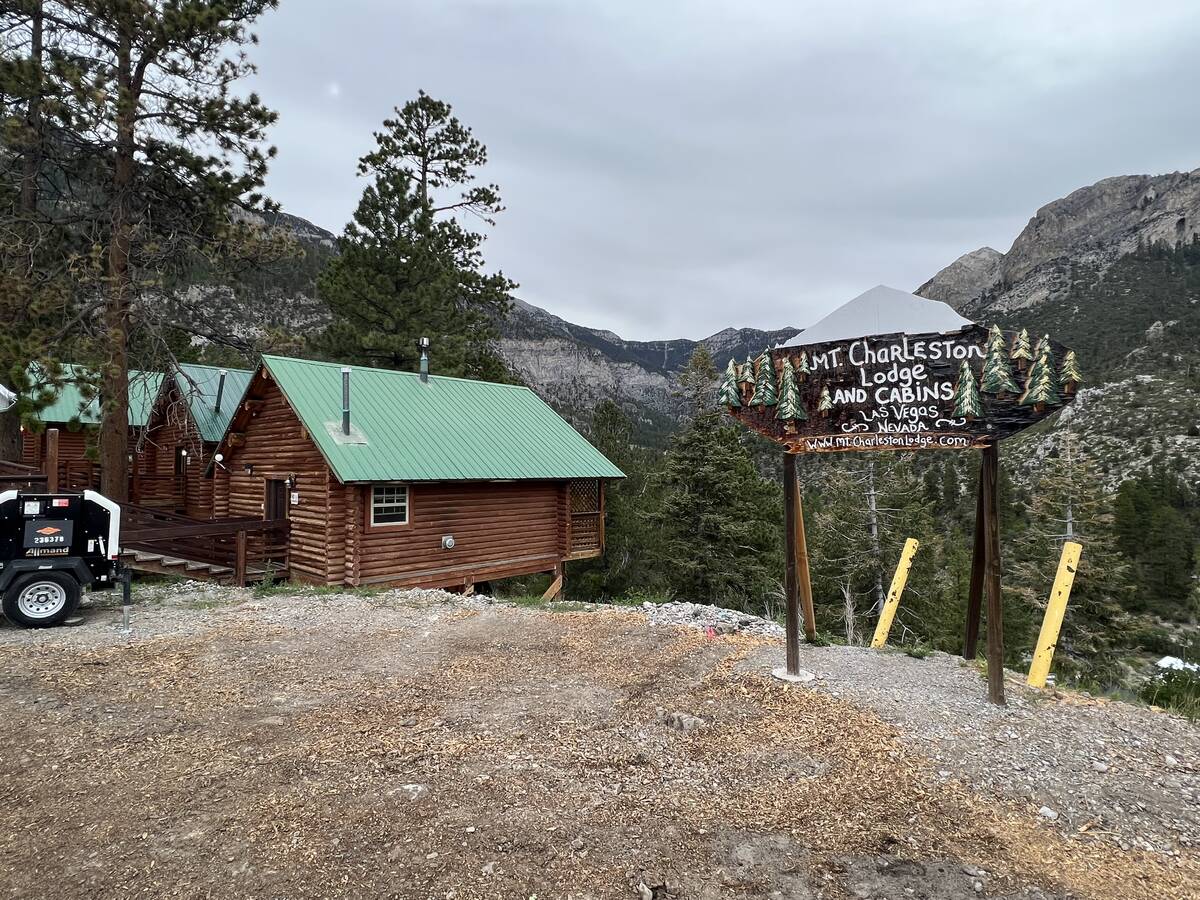 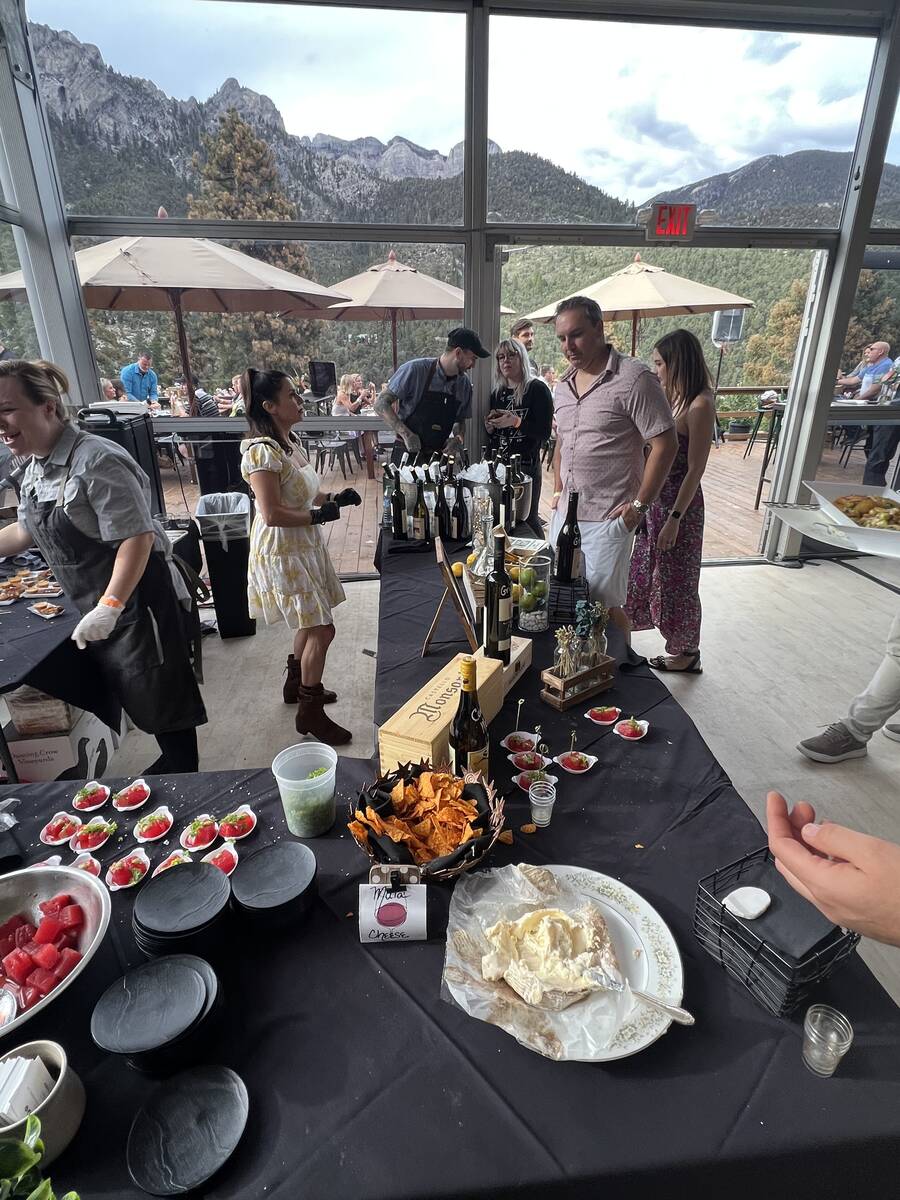 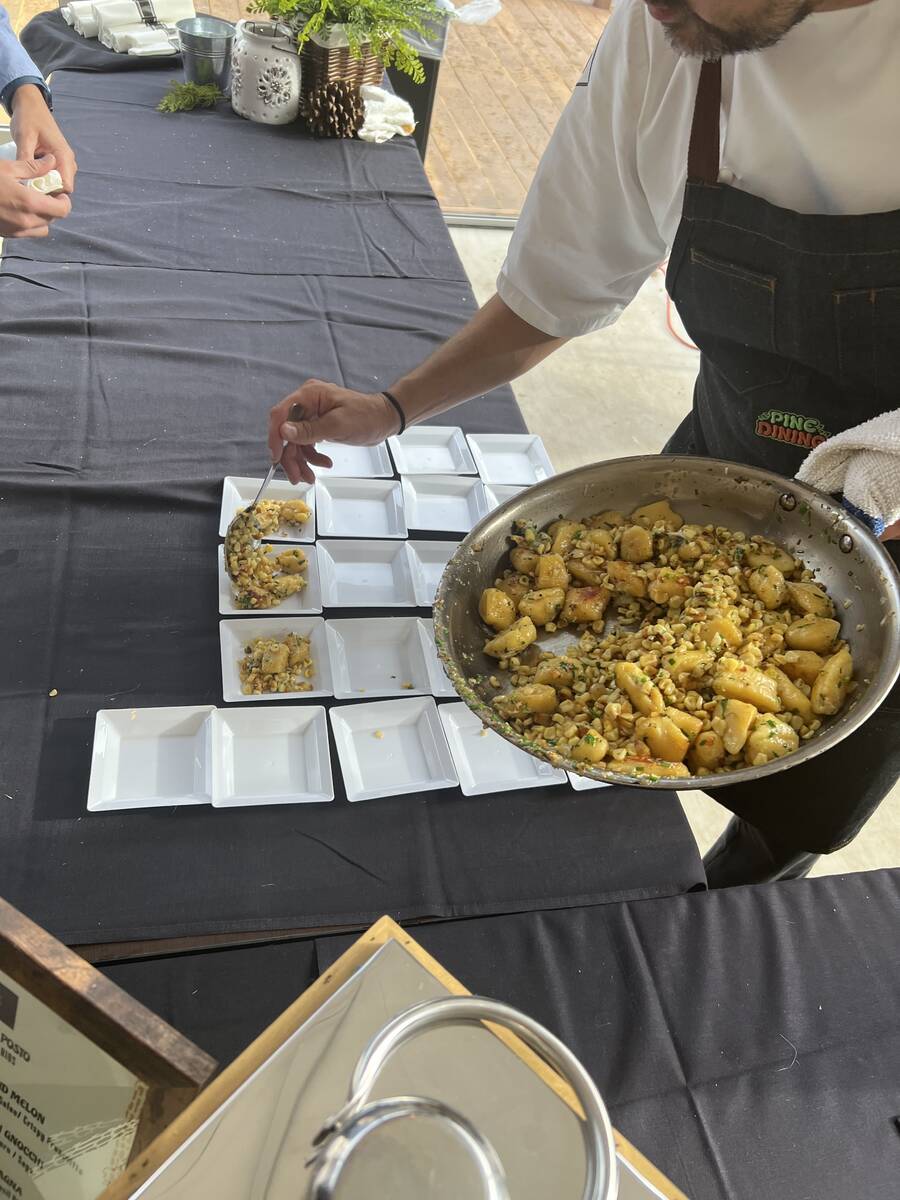 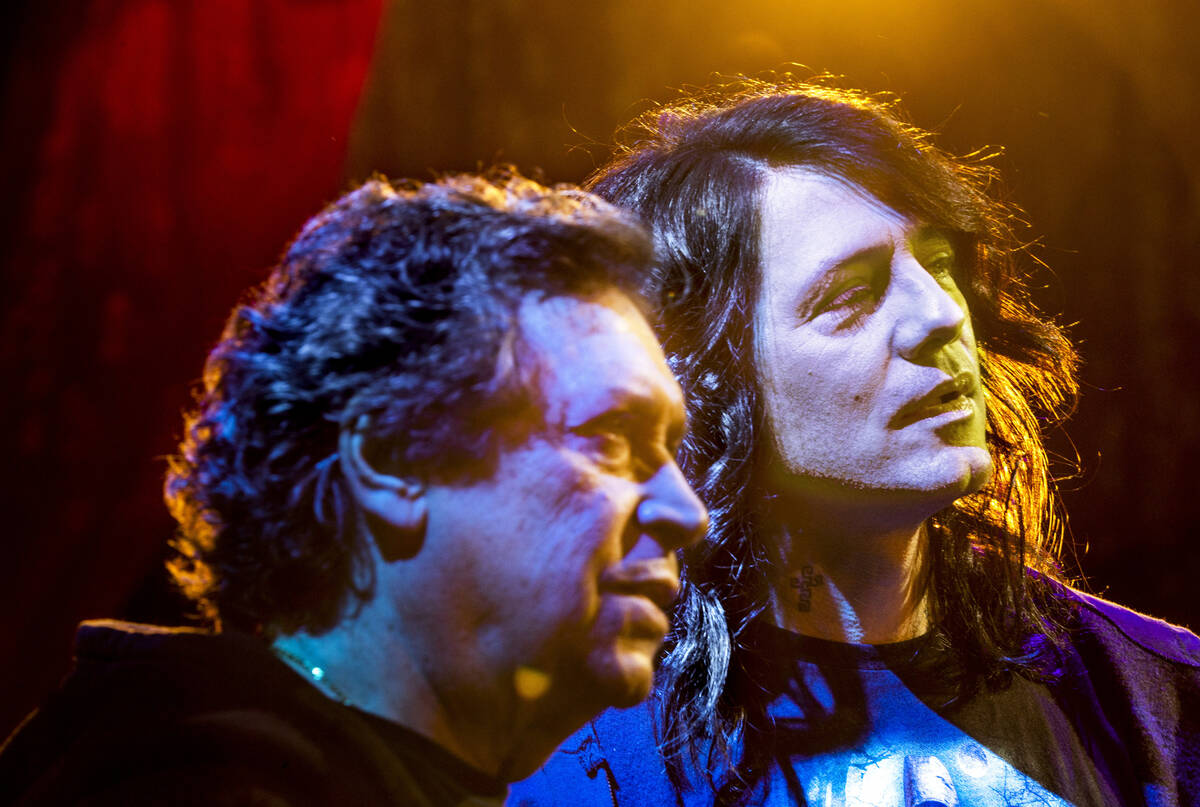 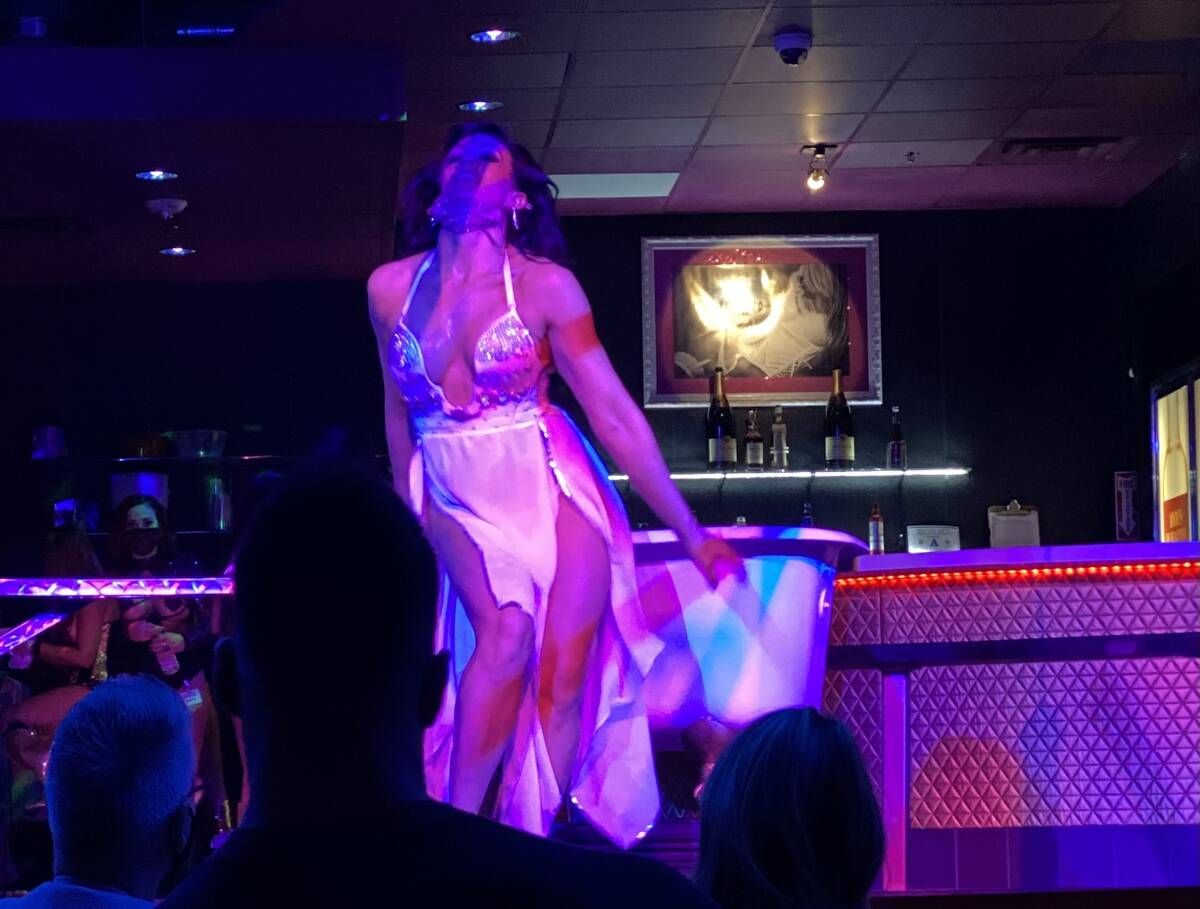 In the kitchen, in the mountains or in downtown Las Vegas, James Trees can stir it up.

The great chef hosted the first Pine Dining cookout series Saturday and Sunday at Mount Charleston Lodge. This is the summer series featuring a different Vegas chef for each event, serving from the temporary eatery just outside the Lodge.

During a break serving Esther’s dishes, Trees said he is “somewhat surprised” at the boom in business in the Arts District. Then he added, “I’m super-surprised that the city jumped on the paid parking so fast. I thought it was in very poor taste. I think it’s going to stifle the Arts District.”

This month, the city opened several paid parking lots and street parking in the Arts District. Costs are $1-$2 per hour. This spells the end of free parking for many businesses, established and incoming, in the neighborhood.”

“I have been talking to the people at the city, in charge of parking, and they just could not wait to stripe Casino Center, all the way down way past Utah,” Trees said, describing a several-block stretch of the Arts District. “I’m like, ‘Why? Why are we doing this? Where do my employees park? What are we thinking about here?’”

The new Esther’s should be open in about a year. Building is to begin in about two months.

Trees said he felt the new fees would slow down business in the neighborhood, at least short-term.

“When you have to walk four or five blocks in the 116-degree heat to get to the restaurant, it’s not good for business,” the chef said.

But Trees contacted an owner of an adjacent lot who was going to work a deal with the city to create another paid lot. So he offered to lease the parcel himself.

“I wrote and said, ‘Can I lease the space from you and do valet parking?’ ” Trees said. “So, we’re going to have valet parking at Esther’s. That serves all of California Street, Main Street, it will serve everybody in the neighborhood.”

The Pine Dining pop-ups are the first events at Mount Charleston Lodge since the September fire that nearly wiped out the property. The series will culminate in mid-August with an unveiling of renderings of the new Lodge, being developed by Steelman Partners of Las Vegas.

I am confident the plans will reveal a marked evolution for the Lodge, owned by the Ellis family of Las Vegas, which also operates Ellis Island hotel-casino, brewery and karaoke emporium.

Think expansion, elevation, and A-frame. Oh, and the view. Great view, from dozens of rooms.

The Pine Dining experiences continue with Justin Hall of Main Street Provisions this Saturday and Sunday; Colin Fukunaga of Fuku Burger and Dan Coughlin of Le Thai on for Aug. 6; and Nicole Brisson of Brezza, Bar Zazu and Amari on Aug. 13-14. Each experience benefits a charity operating in Las Vegas.

Last weekend’s was for the ALS Foundation. The Cupcake Girls, Epicurean Charitable Foundation and The Anne Saxelby Legacy Fund are charity partners in the coming weeks.

This is such a cool event. Really. I could have, but did not, pack a hoodie, on Sunday.

Returning to the topic of the Arts District, famed show creator Franco Dragone has opened a satellite office just next to the old El Sombrero restaurant on Main Street. It used to be we’d need to reach across the globe to find Dragone in Belgium or Macau. Now his operation is just around the corner.

This is good news, long-term, in Vegas. The move is the latest indication Dragone is looking to expand his vision beyond his partnership with Criss Angel in “Amystika” at Planet Hollywood.

Dragone, creator of “O” and “Le Reve,” especially likes the aquatic effects, and artists in the air. He’ll take the show outside, too.

Ask Vincent John if he’s nervous about his first solo show and he says, “Beyond.”

That would be an apt title for the show, actually. But instead it’s “Renaissance Man,” set for 9 p.m. Sunday at Notoriety Live.

Vincent John is the former Vin A., and current Vinny Adinolfi III who is a member of Bronx Wanderers. For the first time, John (which is a kinda clumsy pronoun) is playing a full show of original material.

“Renaissance Man” refers to John’s many instruments. He’s playing at least a half-dozen, mostly guitars, a piano … Perhaps an oboe.

John’s effort Sunday is to build on songs he’s composed.

“This is a jumping-off point for a full-blown, fully electric rock show with horns and strings,” Vincent John said. “This is the road test. If people love the music, we’ll go forward, maybe rent out the Smith Center (Myron’s) and go for it.”

John has been tearing it up in Vegas for six years with the Bronx boys. He knows it won’t be easy to sell a fully original show in Vegas.

Give it up for Jen Romas, who has developed “Exxcite The Show” in partnership with Jason Mohney’s Go Best entertainment company. Romas ran “Sexxy” at Westgate Cabaret for nearly seven years ending in October 2021, surviving just a handful of shows after the COVID pause.

But Romas, a the production’s director and choreographer, is using the “Exxcite” title for her touring adult revue. The new version of Romas’ concept premiered Thursday night at Larry Flynt’s Hustler Club.

Romas has taken the show to Hustler in New York City, and plans pop-ups at the Hustlers in St. Louis and Detroit. The show will run in residency in Vegas and Oklahoma City.

“Sexxy” is still a living title in Romas’ entertainment company. But that production is challenged to find an open room in a major Las Vegas hotel. Most are already booked, or the resort company is partnered with a specific production team (examples being Stabile Productions and the “X” series in Caesars Entertainment, Anita Mann and “Fantasy” at Luxor/MGM Resorts).

But “Exxcite” has a free run in the nationwide Hustler chain. Matching the “Sexxy” format, the show is wild, fun and works effectively on the club’s many stages. Romas, as always, continues to earn support among her many friends in the Vegas entertainment community. Both sides have hit on something with this show.

Vaunted Vegas rock-cover band Yellow Brick Road is celebrating its 25th anniversary this year. We met the band, then led by Brody Dolyniuk, in 1997 at the Stardust’s Starlite Lounge. The current lineup, led by Drew Hart, is playing 7 p.m (doors at 6 p.m.) Thursday at Chrome at Santa Fe Station. Earlier start time, so you can hit the sack at a reasonable hour. And, no cover.