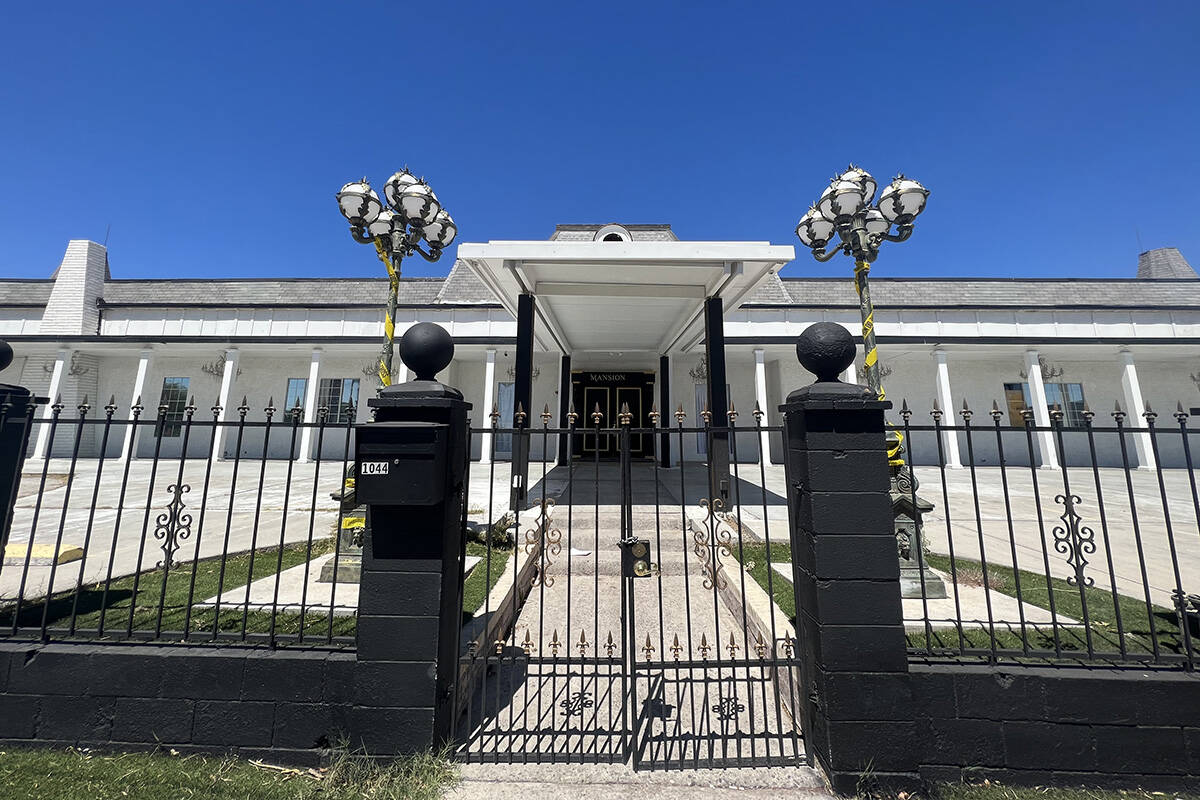 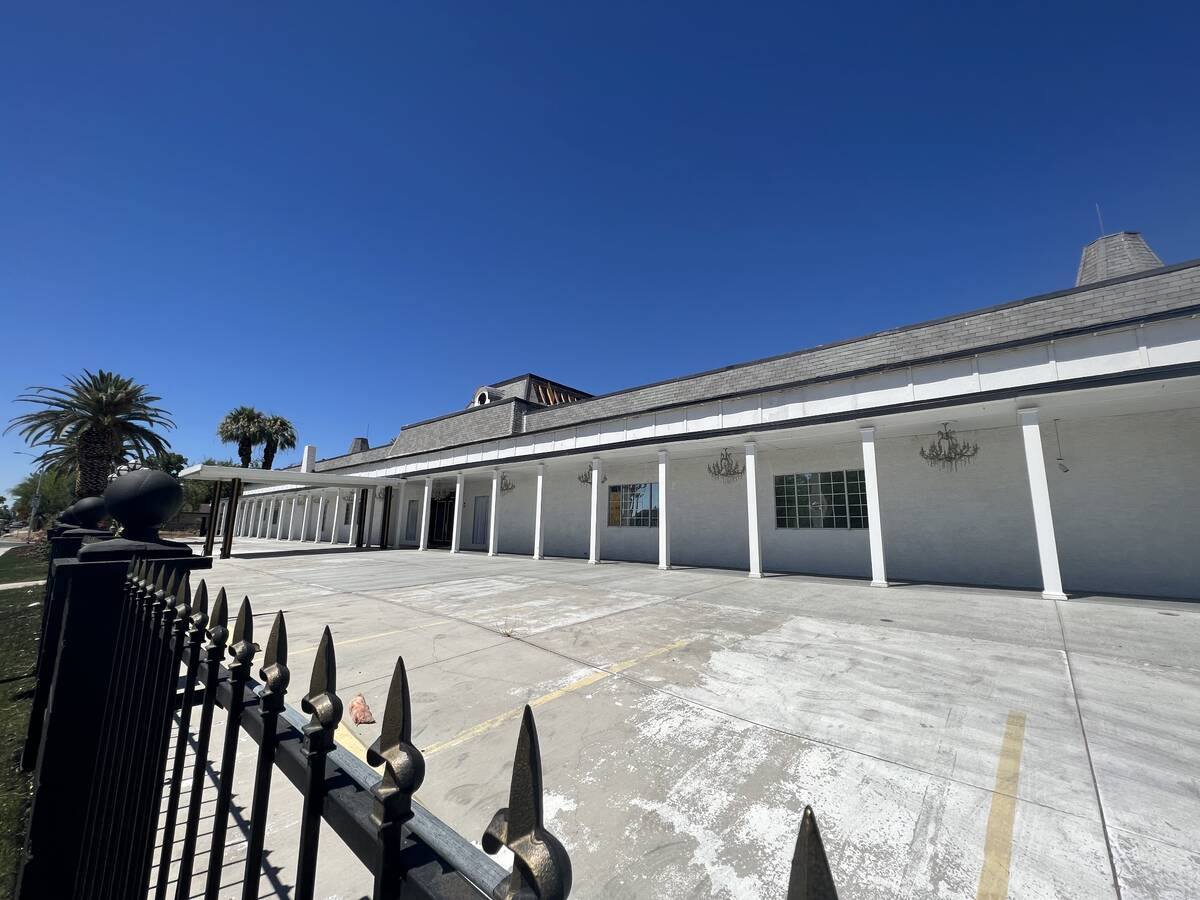 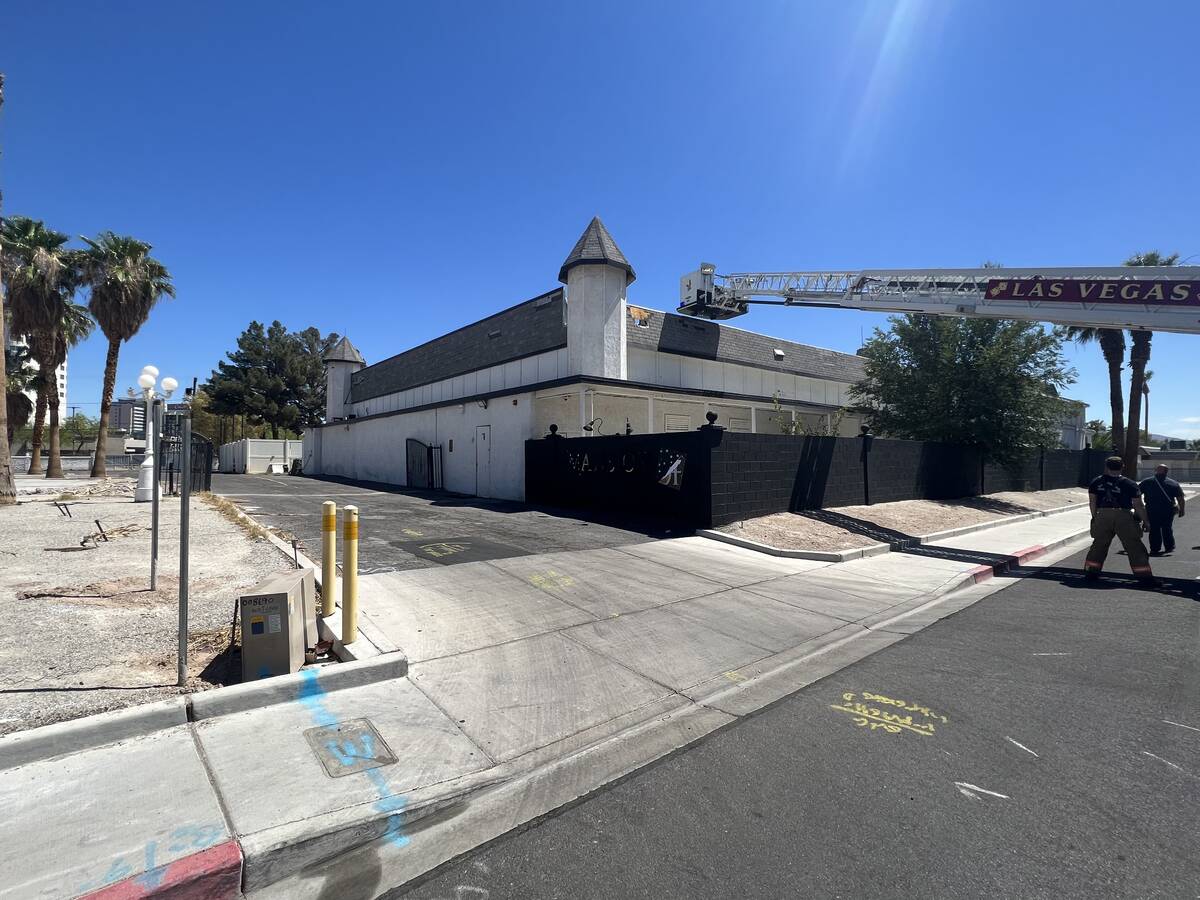 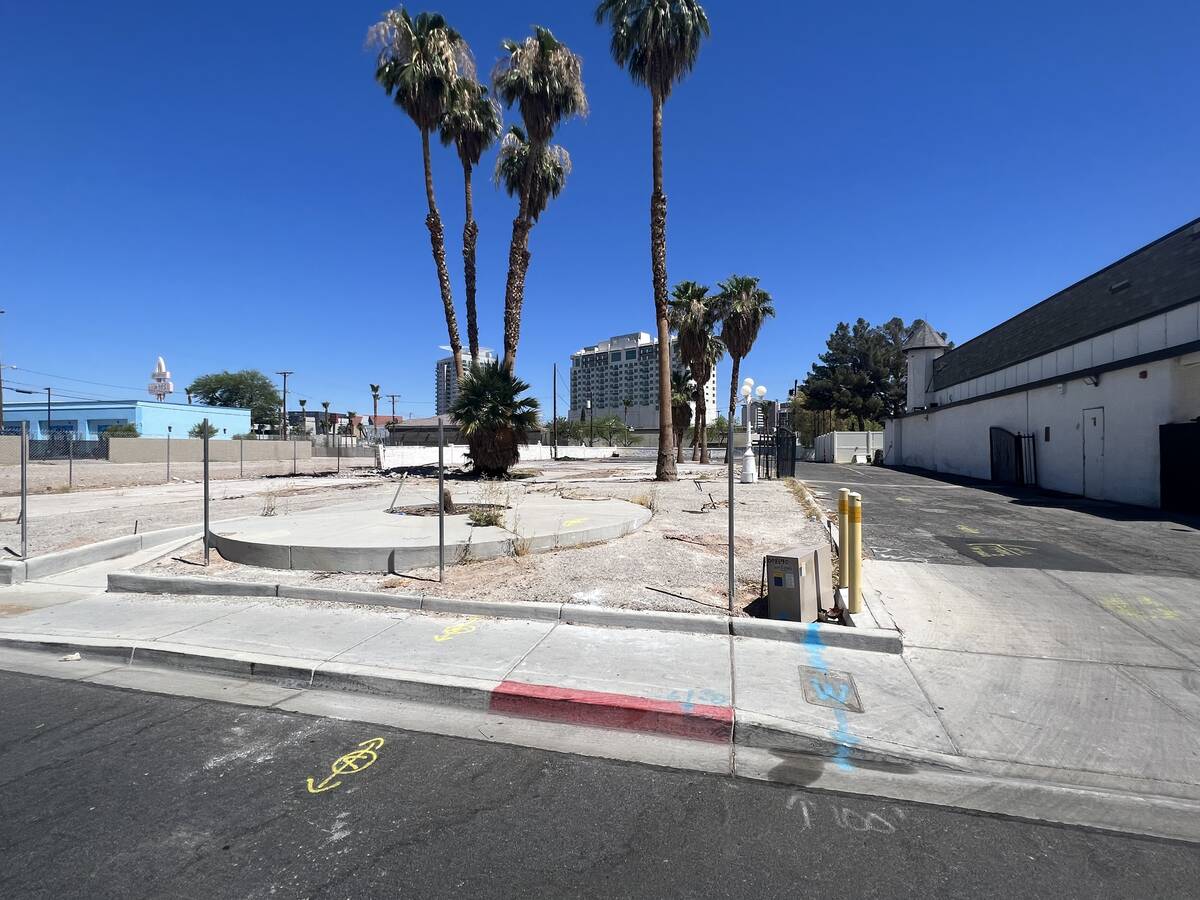 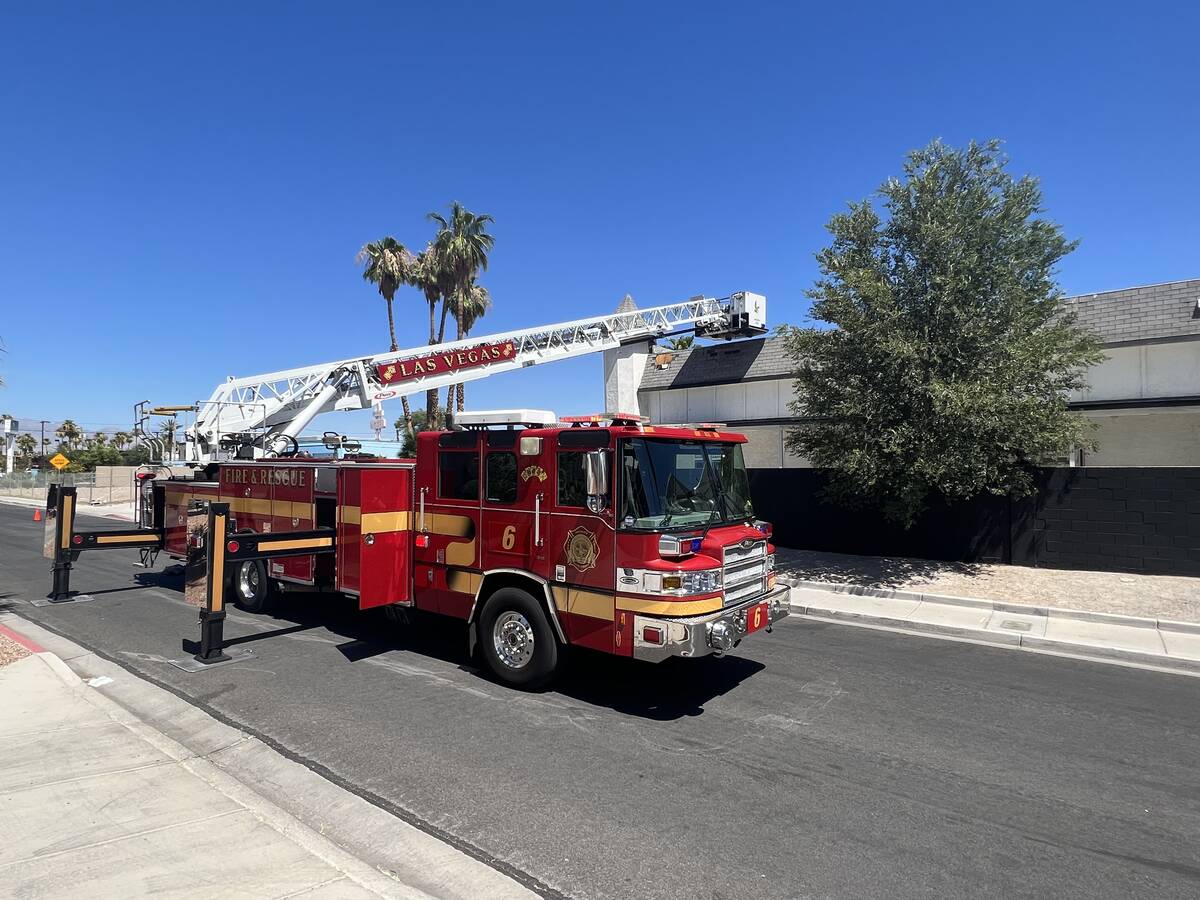 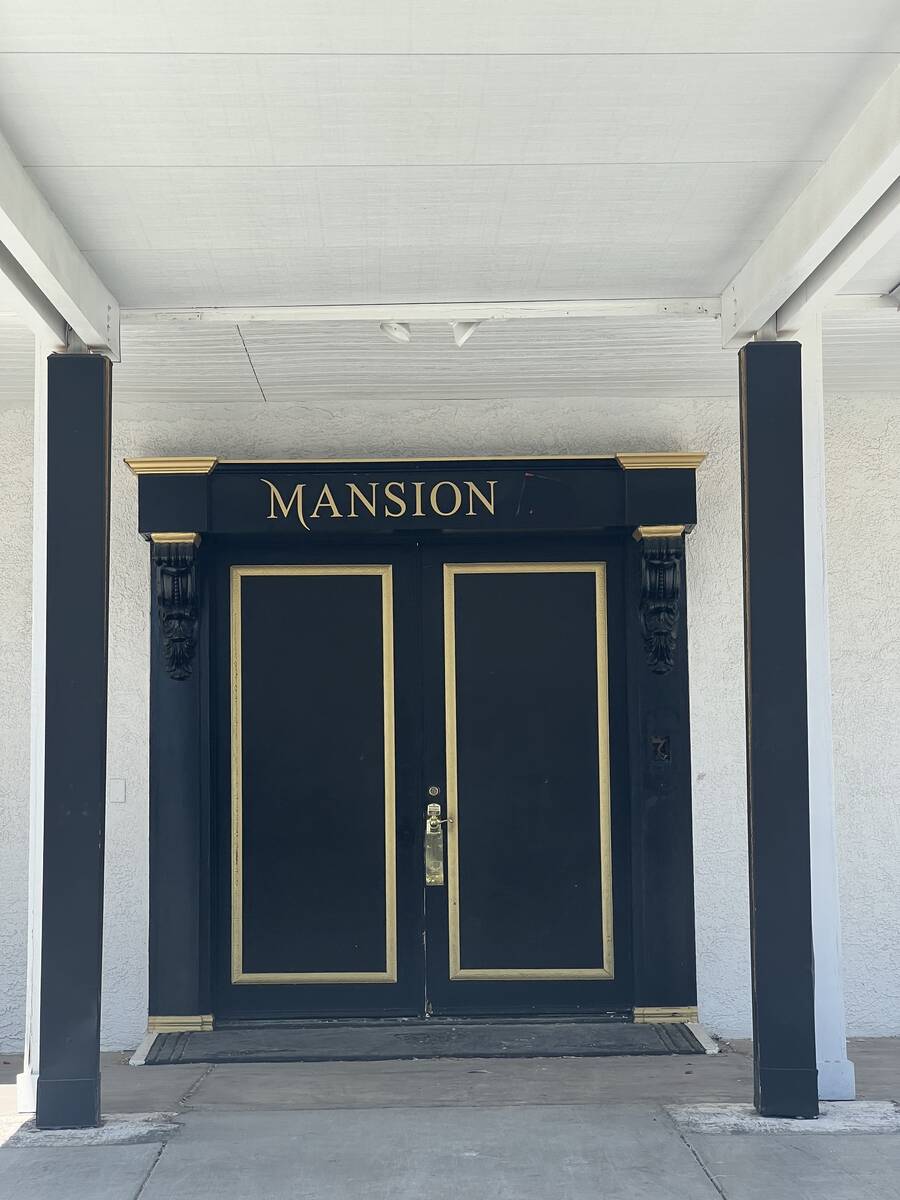 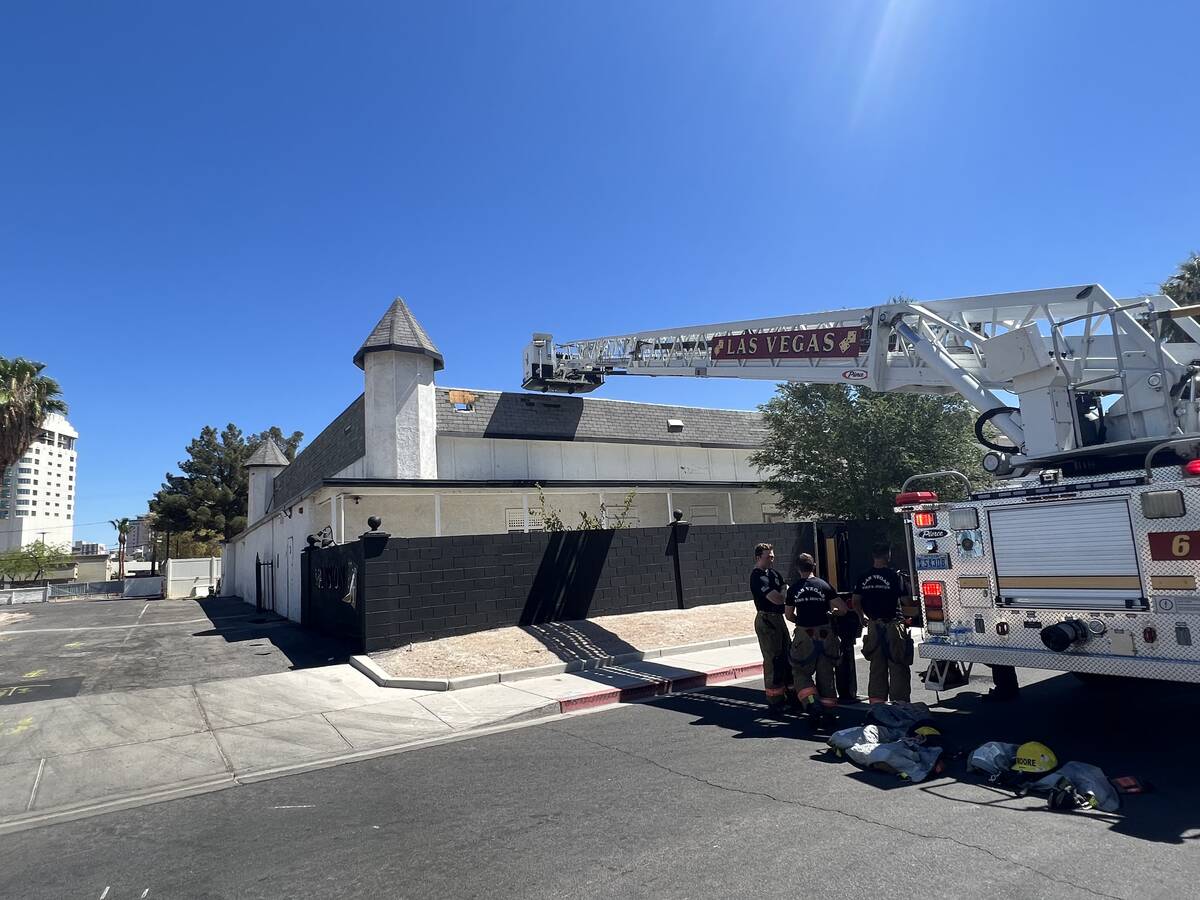 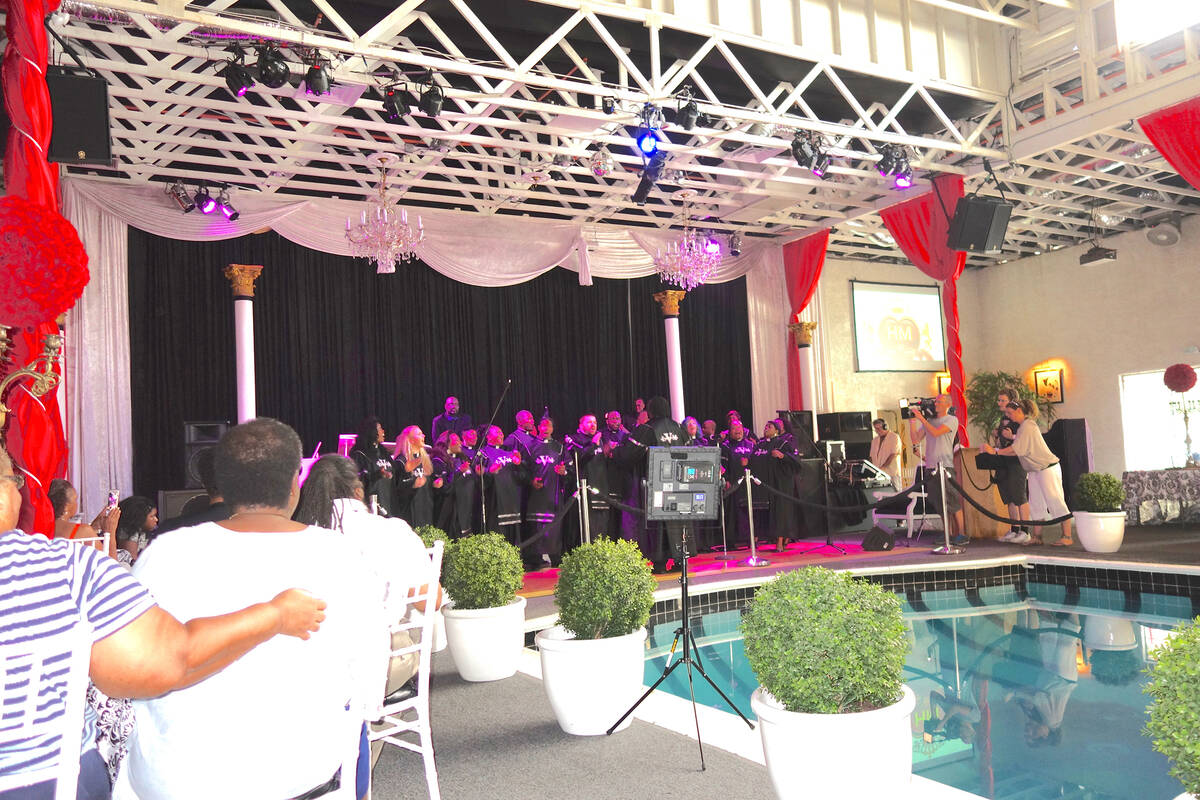 Scenes in “Casino” were filmed there. Legends ranging from Frank Sinatra, Michael Jackson and Ginger Rogers partied there.

Cee Lo Green and the Muppets filmed a video there. So did Gene Simmons of Kiss.

Elvis slept there, or so they say.

We speak of the famous Hartland Mansion estate on South 6th Street in downtown Las Vegas. For the past four years, the manse has been known as Mansion 54, standing just across from Zak Bagans’ The Haunted Museum and near the southwest corner of Charleston Boulevard and Las Vegas Boulevard.

Sadly, for Vegas historians, the storied structure is about to be demolished. A Las Vegas Fire and Rescue Crew was onsite Tuesday, performing rescue training drills at the estate. This work started over the weekend, approved by the parcel’s new owner, Lanny Love of the Adult Superstore retail chain in Las Vegas.

The mansion itself was then to be razed within the week, Love said during a phone chat Tuesday.

Love says she doesn’t know what she’s going to do with the property.

“I really have no vision. I’m not a developer,” Love said. “Somebody is going to build something there, but it’s not going to be me. I’d thought about living there, but the property was in total disrepair. It was a mess. It would take more than $1 million to repair. It’s better to just tear it down.”

As for neighborhood concerns she might build up on the property, Love said, “I have no plans to build a high-rise, even though we have permission to do that. This is going to be a positive thing for the neighborhood. We’re not going to do anything goofy.”

Love said she might just hold the property — she now owns 3.6 acres just off Las Vegas Boulevard — for an indefinite period, then sell if off for profit. In April, Love also bought the 1-acre plot behind her Adult Superstore from Bagans. That parcel was once the Monterey Motel location. An investor could snap up that property, too.

Love is in no particular hurry. She holds the cards, and the property.

“I own three acres off Sunset and Spencer, and I’ve had that for 20 years,” Love said. “I haven’t done anything with it, other than pay taxes. I keep saying I’ll build a warehouse next year, but next year never comes.”

The mansion’s impending demolition is the latest episode amid a series of ownership changes over the past four years.

In May, Love bought the property from Epic Venues and its founder, Gene Campbell, for about $4 million. Campbell’s company also operates the chic event venues The GlassHouse and Corinthian Ballroom in San Jose, Calif.

Mansion 54 played host to several private events, including a black-and-white themed party just after reopening. DJs, dancers and live music was common at the venue.

In 2018, Campbell purchased the estate from Garry Hart of the Hart entertainment family. The listed sales price was $2.9 million.

Hart family matriarch Toni Hart, a renowned gospel singer and evangelical preacher, built the estate in the early 1980s. She would preside over hundreds of wedding ceremonies at the mansion. Hartland’s signature features were its “Elvis Room” where the King was known to occasionally reside; an entrance hall with a 35-foot domed ceiling; dual, spiral staircases; and an Olympic-sized, indoor swimming pool.

The 31,000-square-foot mansion was home to eight bedrooms, 13 bathrooms and its interior was fastened mostly through the use of a hot-glue gun. A New York Times story once trumpeted, “A Las Vegas Mansion: Glue-Gunned to Perfection.”

It was a popular venue for weddings, including Chris Phillips of Zowie Bowie’s ceremony with his wife, Jennifer. Three scenes in “Casino” were filmed at the property. The Muppets and Cee Lo starred in the Christmas-season video “All I Need Is Love,” shot on-site at Hartland. More recently, Shade Tree’s “Mask Off Gala,” with celeb honoree Christina Aquilera, was held at Mansion 54 in 2019.

The Harts welcomed an array of famous guests over the decades. They were a busy entertainment family, even performing as an ensemble act in Strip lounges to pay for Hartland’s upkeep.

Toni’s son Larry, who died in 2015, wrote the score for the musical “Sisterella,” an R&B take on “Cinderella” produced by Michael Jackson (there were sadly inaccurate reports that Flavor Flav would play the Fairy Godfather). Hart also won a Grammy Award-winner for the gospel song “What a Friend.”

Linda Hart, older sister of the Hart Brothers, appeared in support roles in scores of movies (“Get Shorty” among them). She also appeared in “Hairspray” and “Catch Me if You Can” on Broadway, and was also a backup singer for Bette Midler.

While Love brushes off questions about her vision for the property, Garry Hart says he’d eagerly buy back the property and create anew. He says he has an investor with a gaming license. He still holds a liquor license from his days operating Hartland Mansion.

“The Hartland Hotel-Casino. How does that sound?” Hart enthusiastically said. “It would be a real destination, especially for locals. I believe we could do this. My people would buy from (Love), and we would do a small high-rise, mixed-use project.”

Love heard that and chuckled and said, “Everyone has a vision.” But even as its being torn down, Hartland Mansion seems determined to host the party.