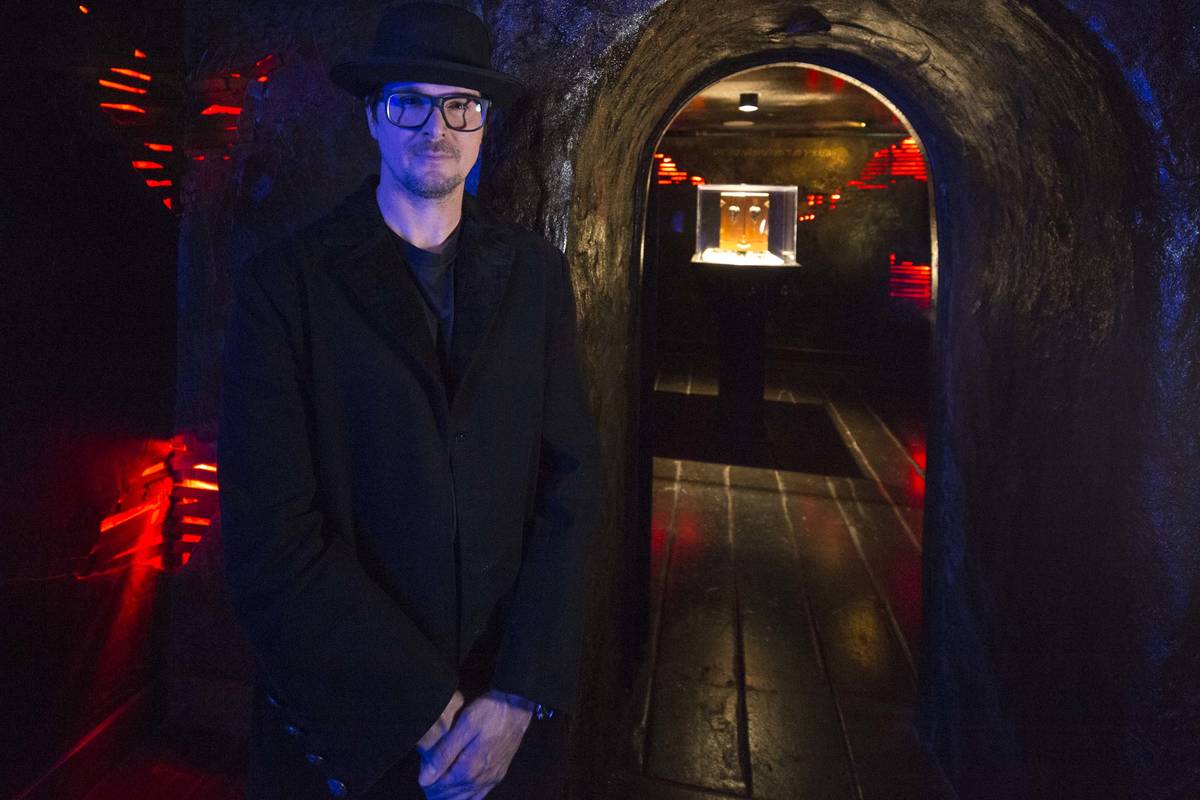 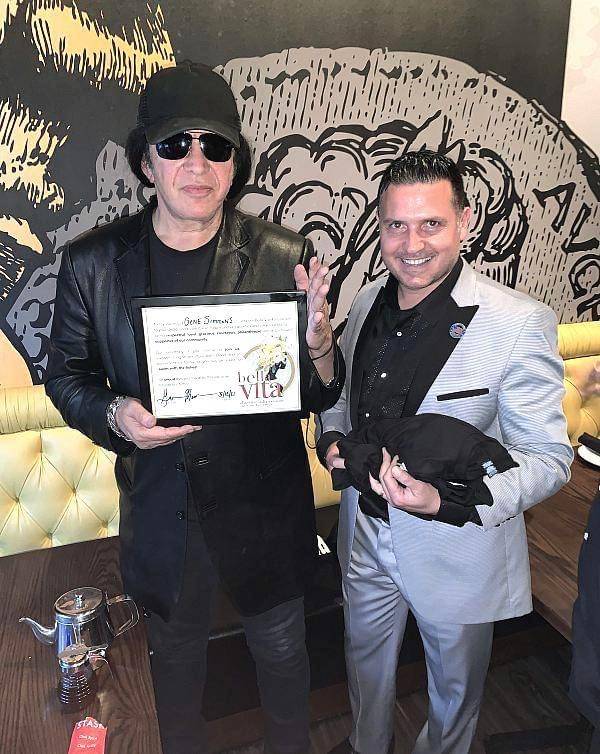 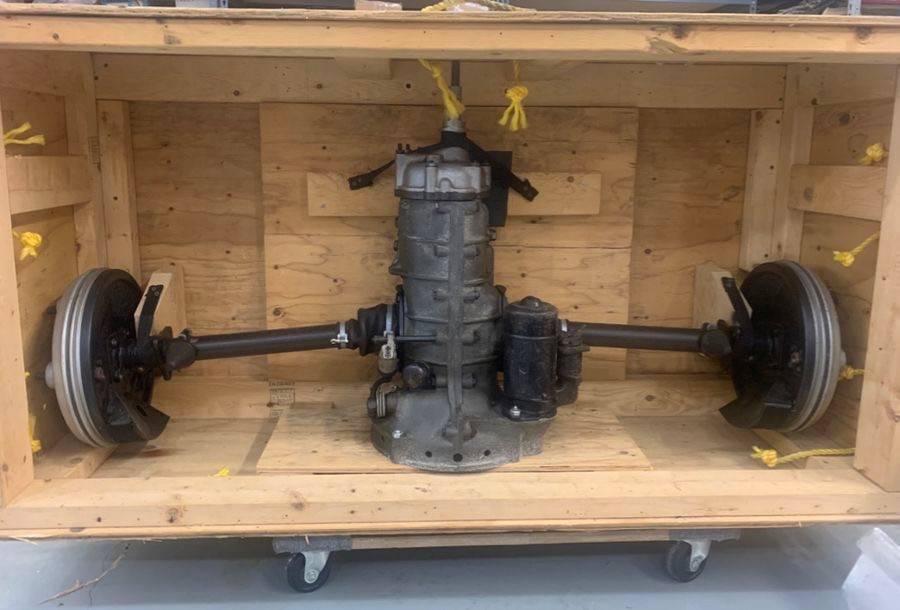 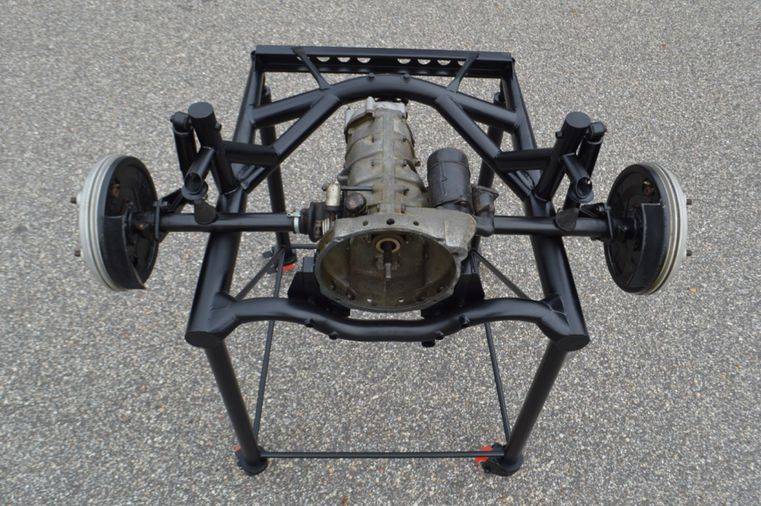 Saturday, the star of “Ghost Adventures” on Travel Channel snapped up the transaxle from James Dean’s 1955 Porsche 550 Spyder. This is the same convertible sports car the Hollywood icon and cult hero was driving when he was killed on Sept. 30, 1955.

In a piece of Hollywood legend, Dean and his mechanic, Rolf Wütherich were driving to a race in Salinas, Calif. when they collided with a Ford Tudor driven by Donald Turnupseed at an intersection on Cholame in San Luis Obispo County.

Dean was just 24 at the time of the fatal collision. He’d just finished filming his third and final movie, “Giant.”

Fellow racer William Escchrich bought the destroyed car for $1,092, salvaging the transaxel, the rear-mounted engine and a few other parts. Driver Troy McHenry installed some of those parts in his car, and subsequently crashed and perished in a race in 1956.

That series of events has lead many Dean fans, and Mr. Bagans, into believing the vehicle is cursed. Dean’s dark iconography deepens when we know he dated the Maila Nurmi, who played the “glamorous ghoul” witch character Vampira across network TV.

Dean was known to be obsessed with speed, interested in the occult, and often talked of his own death. His Spyder, nicknamed “Little Bastard” had famously drawn a warning from actor Alec Guinness, who had warned Dean he would be dead within a week if he kept the car. The fatal accident was a week later.

His interest fueled, Bagans found the intact transaxle from Dean’s death car on the BringATrailer.com website. The piece will be displayed prominently at Bagans’ The Haunted Museum, likely by September.

“To own the only known piece of what’s probably the most famous cursed item in the world and be able to display it at The Haunted Museum for all to see is like striking gold as a collector of the macabre and haunted,” Bagans says. “I’ve been drawn to the curse of ‘Little Bastard’ for years, and I about died when I heard the actual transaxle was in auction.”

Bagans plans an entire room dedicated to Dean, with the surviving piece at the center.

“I didn’t know what it was gonna sell for,” Bagans says, “but I knew I was gonna own it.”

Simmons in the hood

“Vegas Rock City” is upon us. Gene Simmons of Kiss is moving to town, as we have learned through TMZ and also R-J contributor Buck Wargo. The legendary rocker has purchased an estate and adjacent lot in Ascaya for $10.2 million. This purchase lines up with several Simmons sightings over the past few weeks, especially at Bella Vita in The District.

Bella Vita owner Sergio Montegrande has actually granted Simmons a certificate for being part of the restaurant’s family.

Simmons has also been spotted at Weiss Deli on North Green Valley Parkway.

The tongue-wagging bassist’s move and activity in Vegas has led to the inevitable speculation that a Kiss residency is in the offing. We can’t rule it out, because Kiss has headlined the city several times over the years (including Pearl Concert Theater and T-Mobile Arena).

A Zappos Theater spin would make sense (the venue is rocking otherwise with Judas Priest on Oct. 8 and Scorpions with Queensryche next March-April). But Kiss is already busy, headlining a Live Nation-produced U.S. and world tour from Aug. 18 through July 21, 2022.

The Zappos Theater schedule is open until the Judas Priest date. A Kiss residency would either be slotted into that tight fit between now and August, before the tour, or sweeping through after. But Simmons’ stated reasons for moving to Vegas are not (yet) to perform shows here. As he said to reporters earlier this year, and quoted by by TMZ, “There are earthquakes, fires and pandemics every year. Even though there is nice sunshine, I’m done.”

Bill Maher again plugged his upcoming appearance at Mirage Theater on the latest episode of his “Real Time” HBO series. Maher said he’d been called upon by “the city of Las Vegas” to produce some new civic slogans. “They didn’t really, but I’m pretending they did,” Maher qualified, though the show used an official-looking Las Vegas logo in the segment.

The new Vegas slogans included, “Las Vegas! We Invented, ‘I Never Go Outside,’” “Come to Las Vegas, That Stimulus Money Isn’t Going to Spend Itself,” and “Vegas! Now That You’re Immune, Try The Buffet.”

That one caused guest James Carville to recoil in laughter. He was dressed like a tourist, actually, wearing an LSU sweatshirt.

Maher also said, “Las Vegas is America. It is tacky, but America is tacky.”

The comment surprised me so much that I dropped my Hai Karate.

Maher headlines the Mirage again July 17, and that was one of his slogans, too.