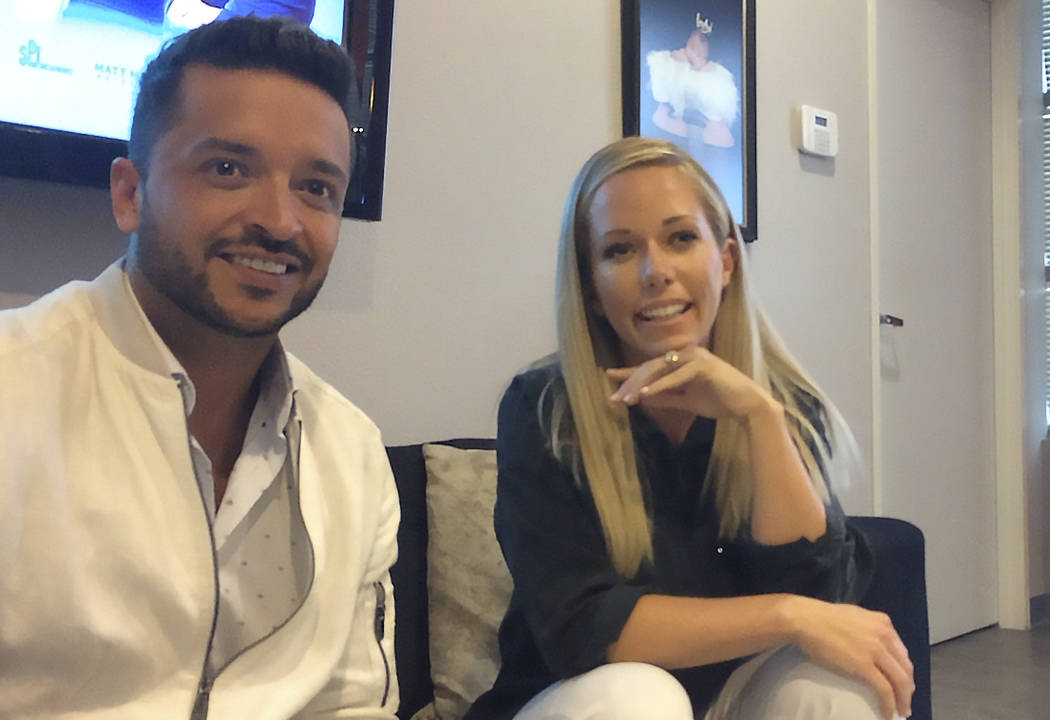 Scripted theater has never been the Strip’s main thing. Yet Las Vegas casinos have hosted Theodore Bikel in “Fiddler on the Roof,” Harvey Fierstein in “Hairspray” and Ben Vereen in “Chicago.”

Kendra Wilkinson and Jai Rodriguez land somewhere in the middle, opening the off-Broadway comedy “Sex Tips for Straight Women from a Gay Man” on May 27 at Paris Las Vegas.

Rodriguez became famous on the reality makeover show “Queer Eye for the Straight Guy.” But he has Broadway credits for “Rent” and “The Producers” and continues to act in television dramas and sitcoms.

Wilkinson’s acting credits? “None,” she says. On reality TV she continues to be her own version of “The Truman Show,” from the domestic life in the Playboy mansion that made her a celebrity on “The Girls Next Door” through “Kendra on Top.”

But when she first heard she was doing the comedy with Rodriguez, “I got nervous because of his experience level,” she says.

You see, she was on “Dancing With the Stars,” “where you take a pro and you take a rookie, and you put them together and it’s not good. And, oh yeah, that diving show that I quit? With what’s his name, Greg Louganis? (“Splash”) So in the past, things like that haven’t worked out for me.”

Rodriguez said he got a congratulatory call about “Sex Tips” from a friend, a respected Los Angeles acting coach, before he had really told anyone he had signed on for a 12-week run in the comedy.

“I had already been working with him for months. Because I am that scared,” Wilkinson is quick to explain on a recent afternoon, when the two are parked in producer Adam Steck’s Henderson office.

Rodriguez doesn’t think his co-star has anything to be worried about. “She’s been in show business awhile. This piece lends itself to Kendra’s energy level and I think it’s going to be great.”

Even Wilkinson’s admitted stage fright works for the character, the button-down host of a book forum, interviewing the author of the title book (Rodriguez), who would rather show than tell.

“Sex Tips” is not a musical, but it has more in common with “50 Shades! The Parody” next door at Bally’s than anything else on the Strip.

Steck went to see the off-Broadway version of “Sex Tips” three times to overcome his skepticism about theatrical or fringe festival-type shows, which typically don’t work in Las Vegas.

And those thespians in the second paragraph? They all performed at the Union Plaza in the 1970s and ’80s. For years, Las Vegas had a viable niche of “Benny Hill”-style bedroom farces anchored by familiar TV faces.

“They always say, ‘What goes around comes around in Las Vegas,’ ” Steck says.

“Everything’s music and dancing (on the Strip). This is a good mix-up for Vegas,” Wilkinson says of a show that’s heavy on audience participation. And pretty dirty.

“Both Kendra and I are very comfortable around sexuality, but I have to tell you I was totally blushing when I saw it in New York,” Rodriguez says.

Sex sells, especially when Steck is able to cross-promote this show with his “Thunder From Down Under” bachelorettes. Kendra sells, too. At least when she’s Kendra.

“Here’s what it is. I’ve been Kendra for 12 years now on reality TV. I’m (the character) Robyn Brown now. I’m not Kendra anymore. Well, maybe at the clubs after the play. And, you know, the pool parties.”