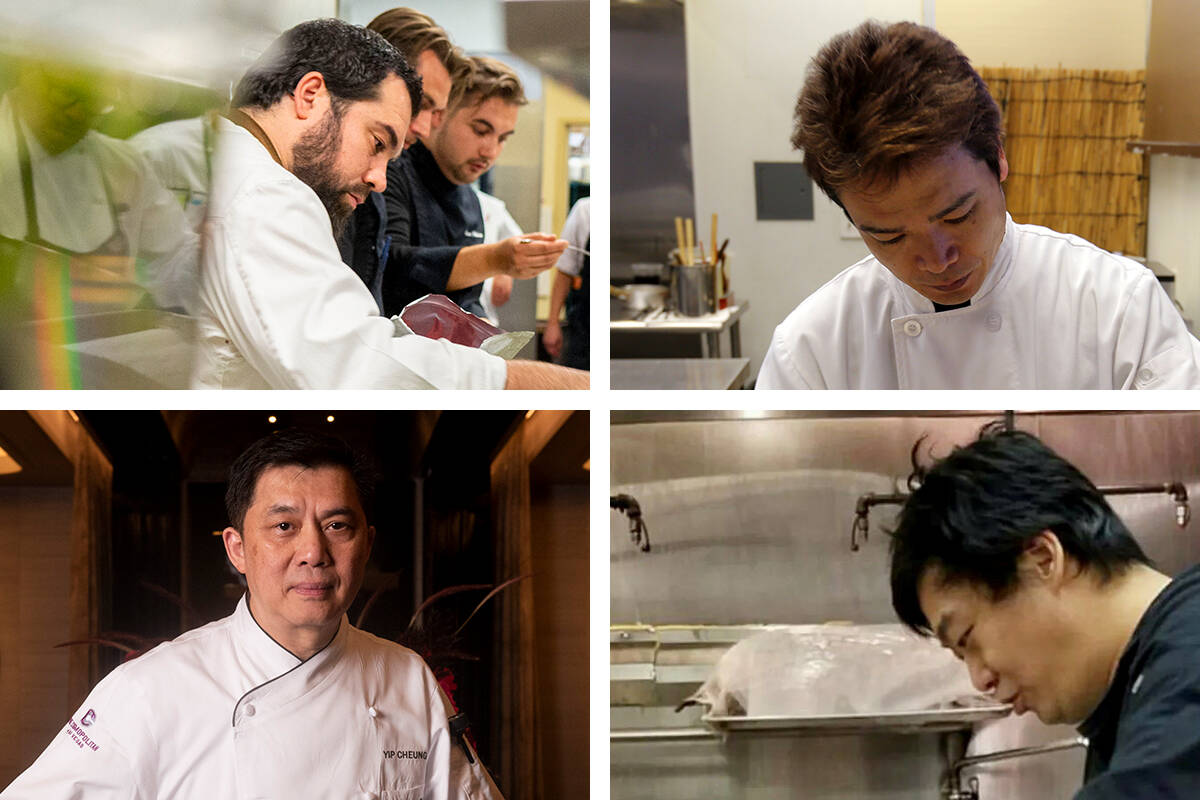 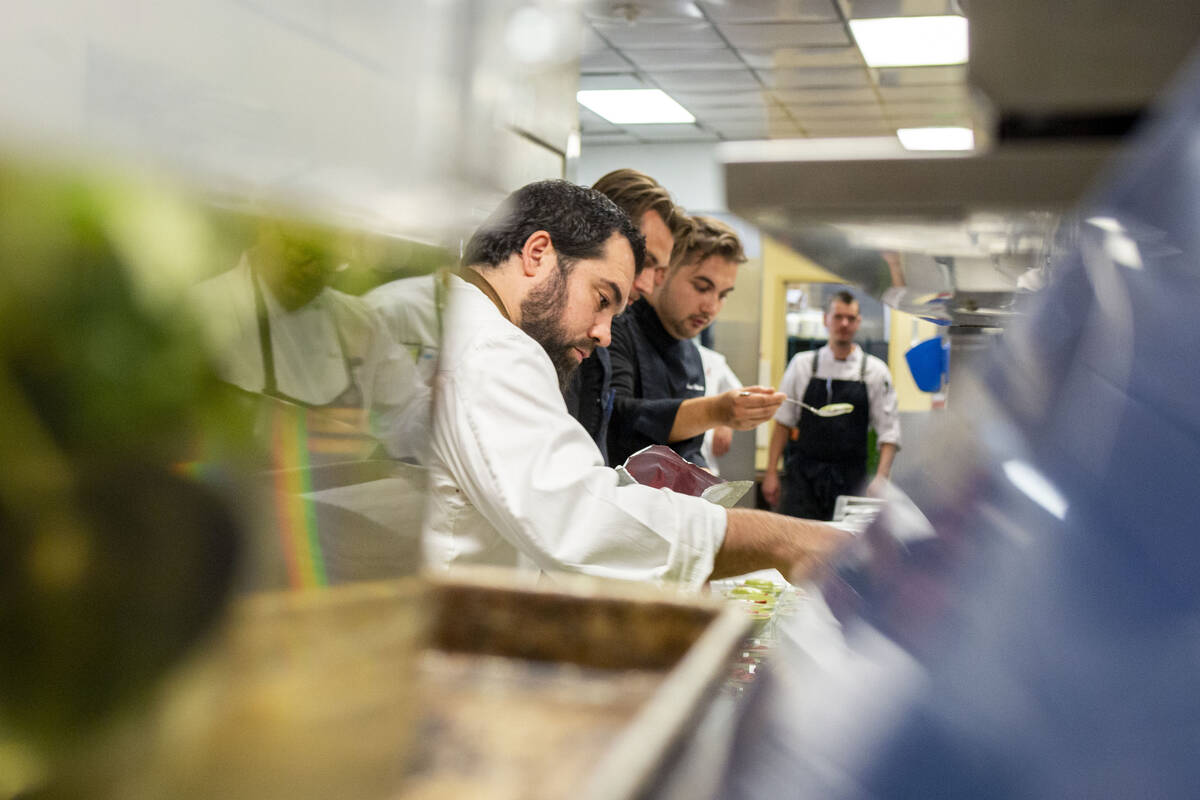 Chef Oscar Amador of Anima by EDO in Las Vegas, shown in this Review-Journal file photo, has been named a semifinalist in the 2023 James Beard Foundation Restaurant and Chef Awards, the most prestigious culinary recognition in the U.S. (Elizabeth Page Brumley/Las Vegas Review-Journal @EliPagePhoto) 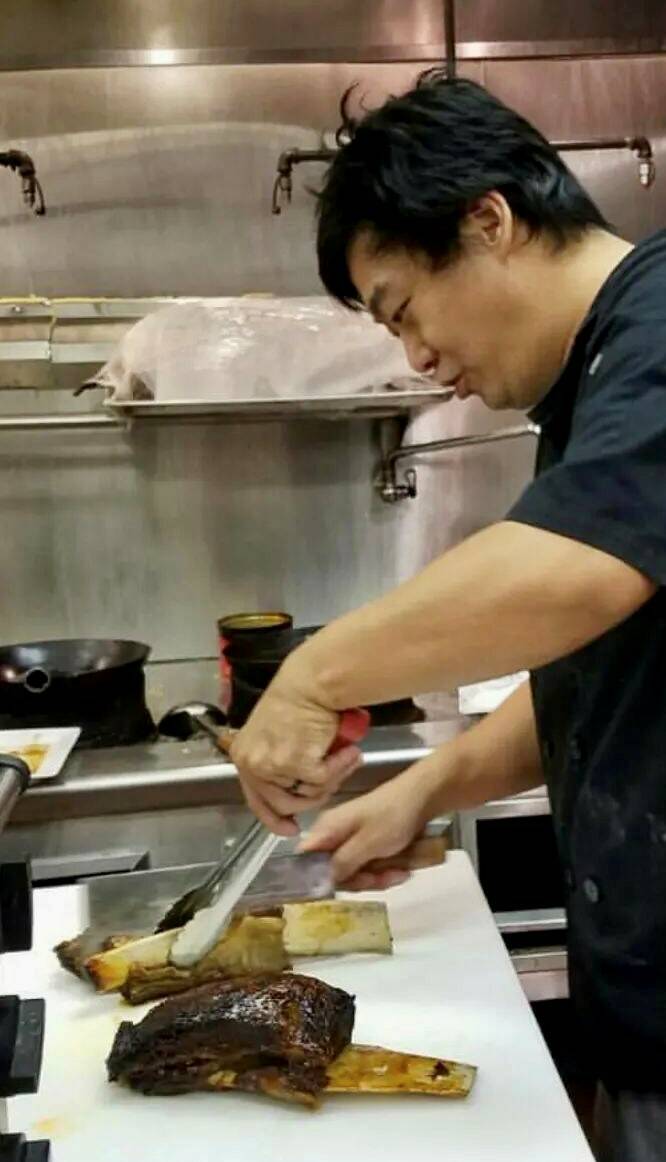 Chef Jimmy Li of ShangHai Taste in Las Vegas has been named a semifinalist in the 2023 James Beard Foundation Restaurant and Chef Awards, the most prestigious culinary recognition in the U.S. (ShangHai Taste) 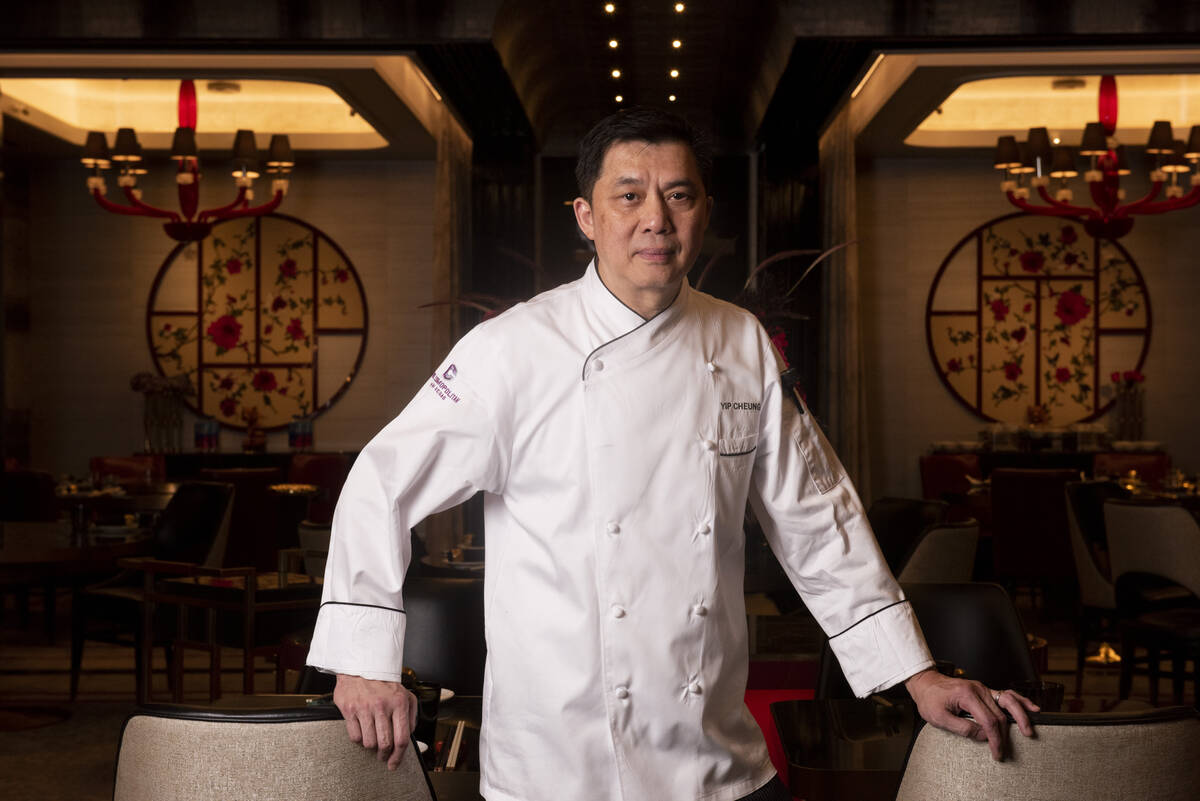 Chef Yip Cheung of Red Plate in The Cosmopolitan of Las Vegas, shown here in the restaurant in May 2022, has been named a semifinalist in the 2023 James Beard Foundation Restaurant and Chef Awards, the most prestigious culinary recognition in the U.S. (Steel Brooks/Las Vegas Review-Journal) 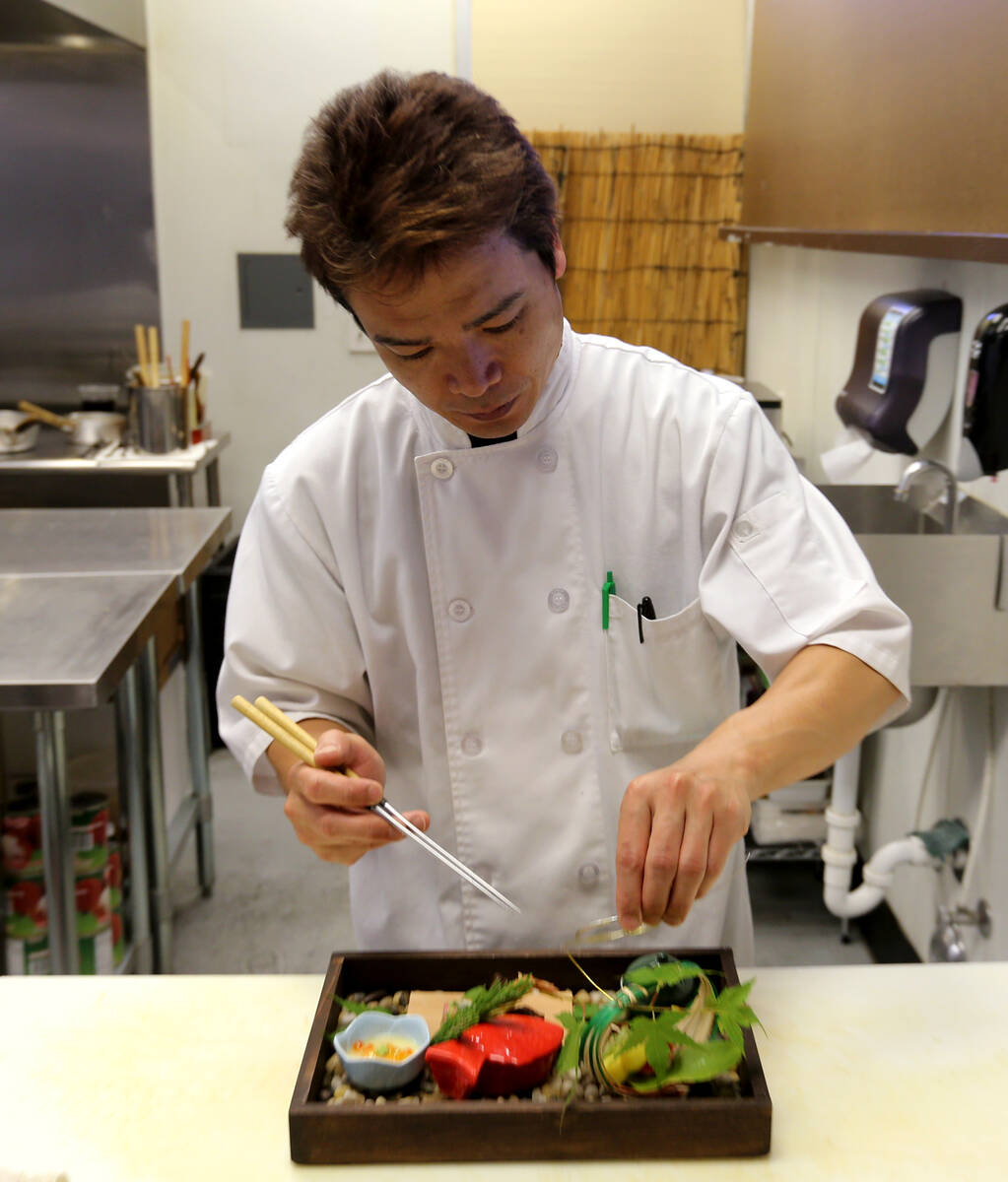 Chef Kaoru Azeuchi of Kaiseki Yuzu in Las Vegas, shown in this Review-Journal file photo, has been named a semifinalist in the 2023 James Beard Foundation Restaurant and Chef Awards, the most prestigious culinary recognition in the U.S. (K.M. Cannon, Las Vegas Review-Journal @KMCannonPhoto) 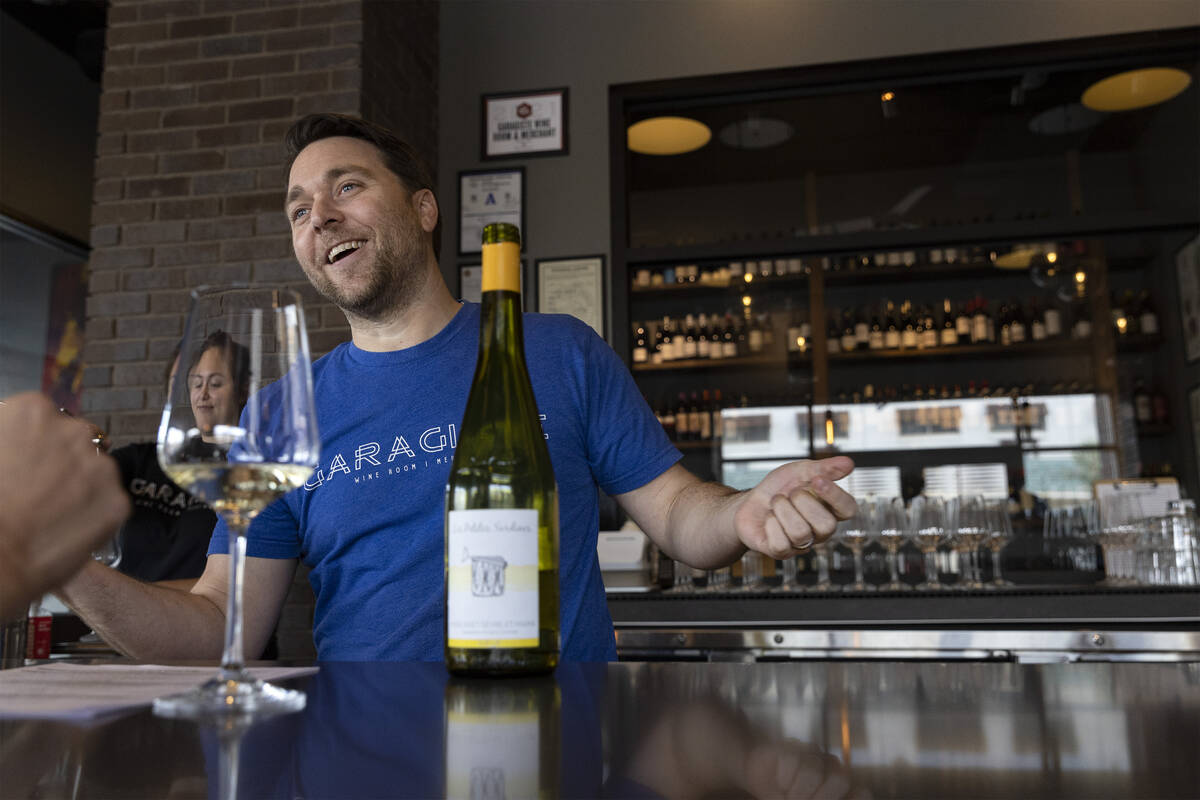 Eric Prato, sommelier and owner of Garagiste, chats with a guest at the downtown wine bar and bottle shop on Wednesday, July 20, 2022, in Las Vegas. Garagiste has been named a semifinalist in the national Outstanding Bar category in the 2023 James Beard Foundation Awards, the most prestigious culinary recognition in the U.S. (Ellen Schmidt/Las Vegas Review-Journal) @ellenschmidttt

Five Las Vegas chefs and a downtown wine bar have been named semifinalists in the 2023 James Beard Foundation Restaurant and Chef Awards, the nation’s most prestigious culinary recognition, often called the Oscars of the food world.

Chefs Jimmy Li of ShangHai Taste, Oscar Amador and Francesco Di Caudo of Anima by EDO, Yip Cheung of Red Plate in The Cosmopolitan of Las Vegas, and Kaoru Azeuchi of Kaiseki Yuzu are semifinalists in the Best Chef category for the Southwest region covering Nevada, Arizona, New Mexico and Oklahoma.

“I am very honored and humbled to be considered among so many talented chefs,” Li said.

Amador said: “This is an incredible honor to be able to represent Las Vegas and my team at such a level. It’s a dream come true.”

Garagiste, the groundbreaking wine bar, was nominated in the Outstanding Bar category, a national category.

Di Caudo is no longer with Anima by EDO, a representative for the restaurant said, although he was with the restaurant during the nomination eligibility period in 2022.

Last year, Gina Marinelli of Strega and Harlø, Aibin Xing of Big Dan Shanxi Taste and Jamie Tran of The Black Sheep received semifinalist nods for the top chef in the Southwest, with Tran advancing to finalist (and Fernando Olea of Sazón in Santa Fe, New Mexico, ultimately being named the winner).

Finalists will be announced on March 29. Winners will be revealed at a ceremony on June 5 at the Lyric Opera of Chicago. For a full list of semifinalists, visit here.