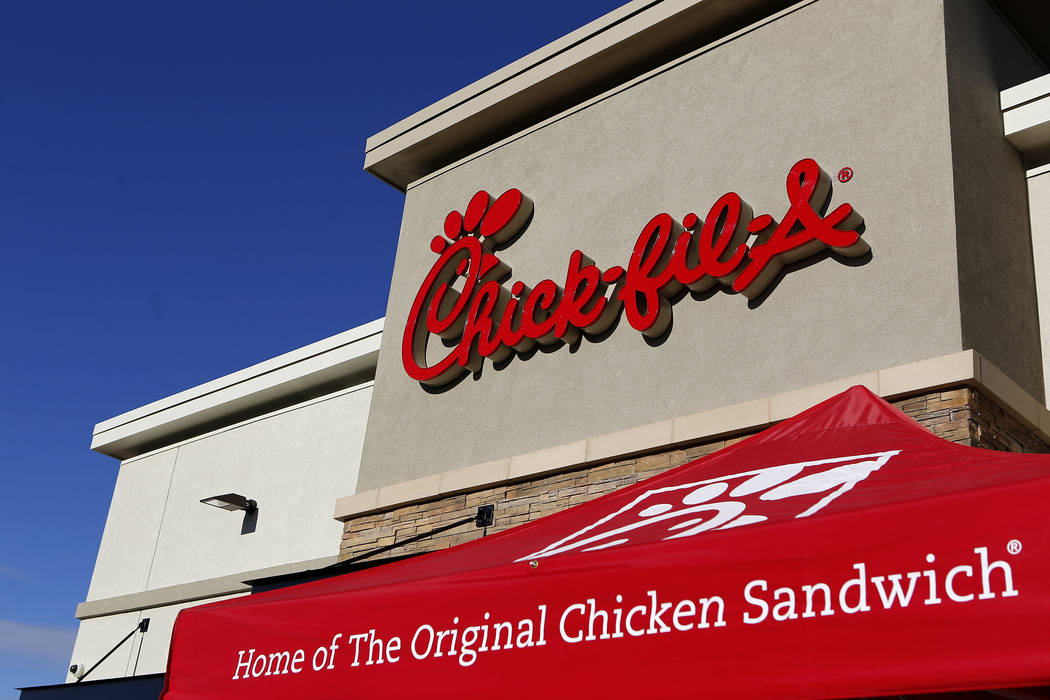 A Chick-fil-A sign at the grand opening of the restaurant on Thursday, Jan. 26, 2017, in Henderson. (Christian K. Lee/Las Vegas Review-Journal) @chrisklee_jpeg

Clark County issued a construction permit that details $750,000 worth of work for the fast-food chain at the resort.

A company spokeswoman confirmed an upcoming Strip location but declined to say which property will house the restaurant.

“While we are still early in the process, we are happy to share that we are actively pursuing a new Chick-fil-A restaurant location on the Las Vegas Strip,” Jackie Jags said. “With millions of people visiting this vibrant area each year, we are excited by the prospect of joining the Strip’s culinary and entertainment scene and welcoming both new customers and existing fans to enjoy our delicious food and warm hospitality.”

The location will employ about 80 people and be closed on Sundays.

Chick-fil-A has three locations operating in the Las Vegas Valley. Two more are being developed at 7012 Las Vegas Boulevard South and near Lake Mead and Rainbow boulevards.