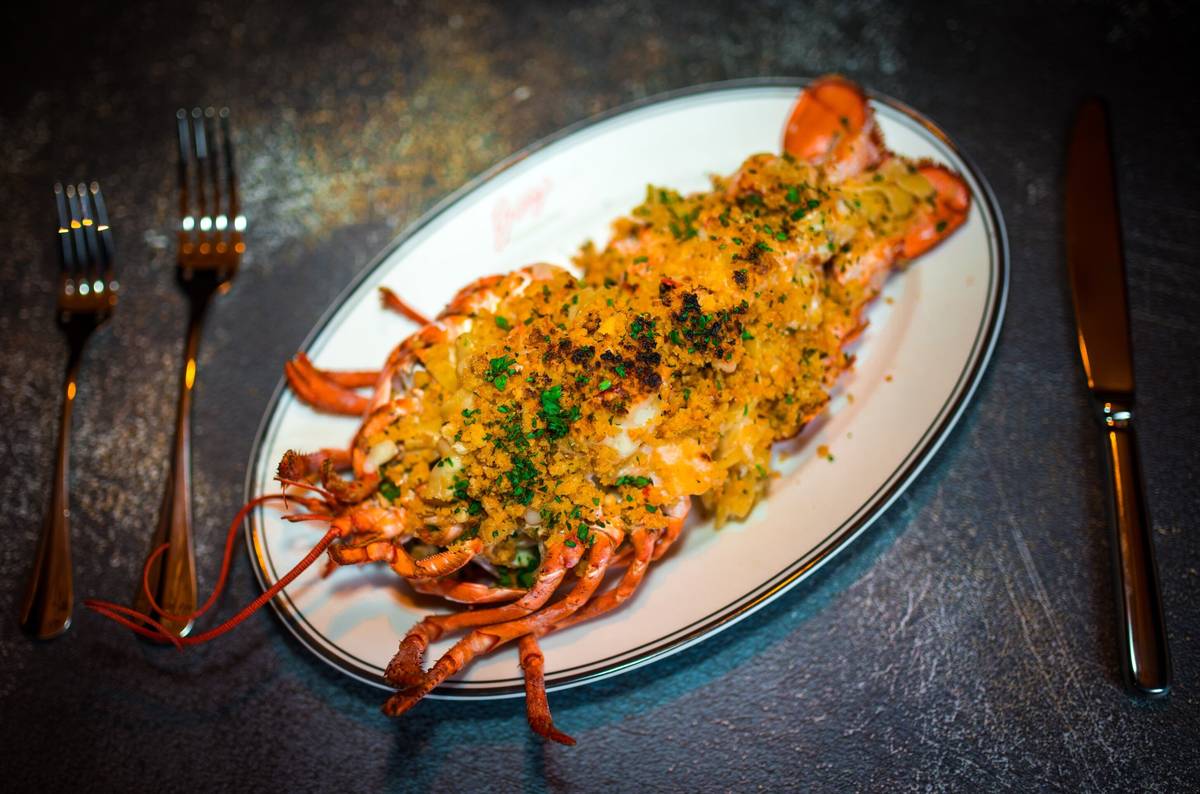 The Garden Room, a semi-private dining room at Barry's. (Circa Resort & Casino)

The main dining area at Barry's. (Circa Resort & Casino) 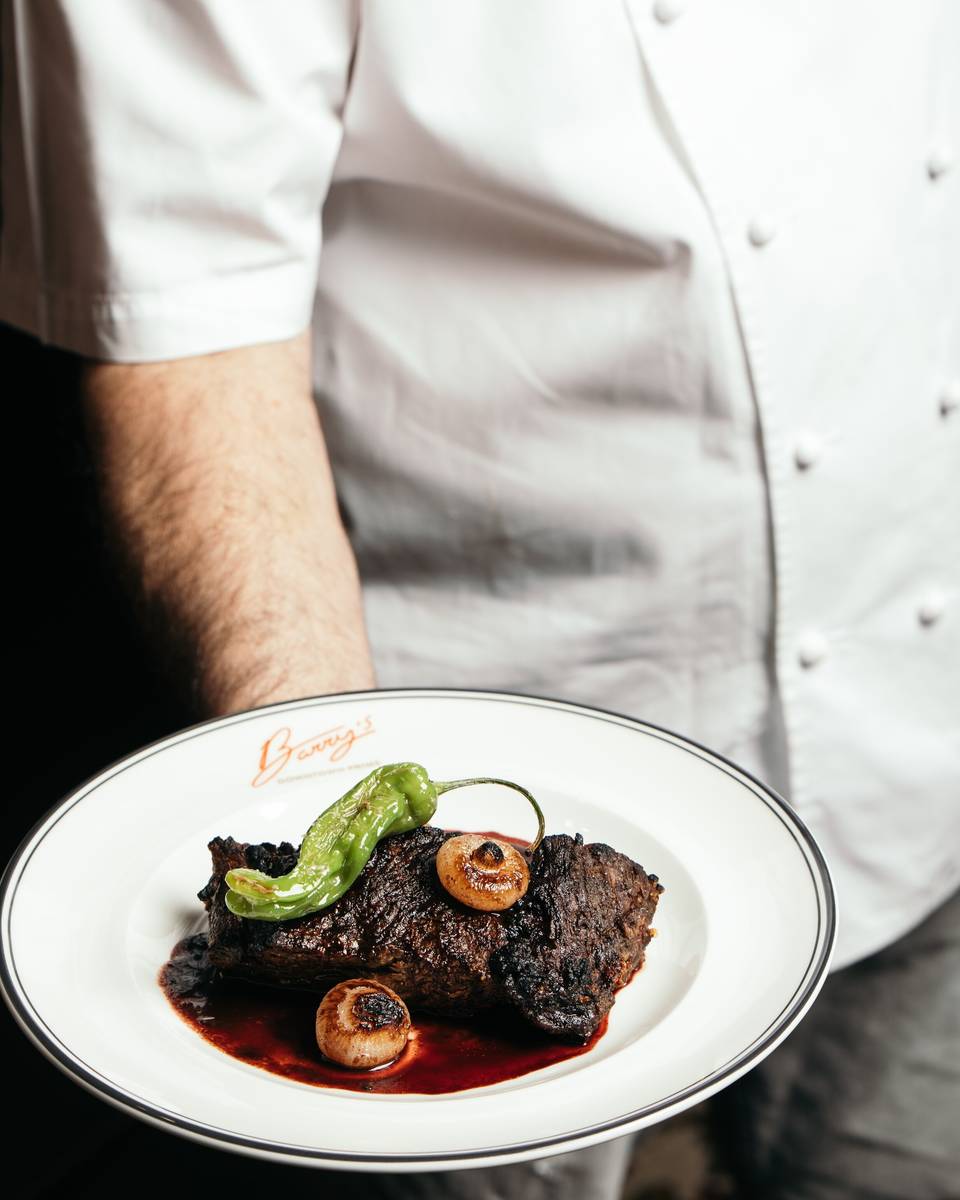 Barry Dakake says he’ll be bringing some top-notch steaks — and seafood, and lots of other delicacies — to Circa when his Barry’s Downtown Prime opens with the hotel-casino late next month, but there will be somewhat of an entertainment aspect, too.

Consider the restaurant’s location tucked away on the ground floor, below the oversize neon Vegas Vickie in the second-floor lobby.

“You’re going to have a feeling like not walking into any restaurant in Las Vegas,” Dakake said. “You’ll be right under the Vegas Vickie sign. It’s such a personal spot; it’s like a hideaway.”

He said the restaurant will have easy access via elevator and escalator. As for the food … well, that’s where another entertainment element comes in.

“There’s going to be some surprise tableside preparations,” he said. “I’m going to be 50 this year, and I like to think of myself as an old-timer. But I’ve been talking to the real old-timers: ‘What do you like about Las Vegas restaurants that you don’t see too much now?’ Everyone always said tableside; let’s do some fun tableside things. People can interact with it.”

‘Want to get a little crazy’

Dakake said the tableside preparations will include entrees such as lobster flambe and steak Diane and desserts such as baked Alaska and Campfire S’mores. But there will be even more fun.

“I want to get a little crazy,” he said. “I may come out and do some tableside cooking. I like to get my hand into the fire. I’ll be in the dining room a lot; I always love to interact with the guests. I want to see who’s eating in my restaurant and make them feel comfortable. I want them to feel this is their home.”

In that home, they’ll also be able to dine on chilled shellfish platters; beef such as the signature Barry’s Steak, which is a 12-ounce rib cap, and Japanese wagyu; seafood such as scallops; vegetarian dishes such as a romanescu steak or vegetable truffle meatloaf; and desserts such as creme brulee and flourless chocolate cake. Steaks will be cooked over fruitwood and charcoal, he said.

“That combination creates a mega 900-degree fire which really seals in the juices of the steaks,” Dakake said. “It’s really wonderful.”

And of course there will be a full cocktail program, with choices such as the BDTP Old Fashioned, which is rye whiskey with ginger and cherry bitters and cinnamon-spice chocolate syrup, garnished with shaved chocolate and brandied cherries.

As for decor, the restaurant will be finished in navy and oxblood tones with white-oak parquet floors, walnut millwork and antique mirrors.

It’ll be a touch of Old Vegas, but Dakake said it also will be an extension of his 18 years at N9NE Steakhouse and its successor, Scotch 80 Prime, at the Palms.

“Like I always say, if it’s not broke, don’t change it,” he said. “You want to stay with the basics that have gotten you where you’re at. But what you do is always strive to make things better, with different twists. We’re trying to maintain what we do, but take it to the next level.”