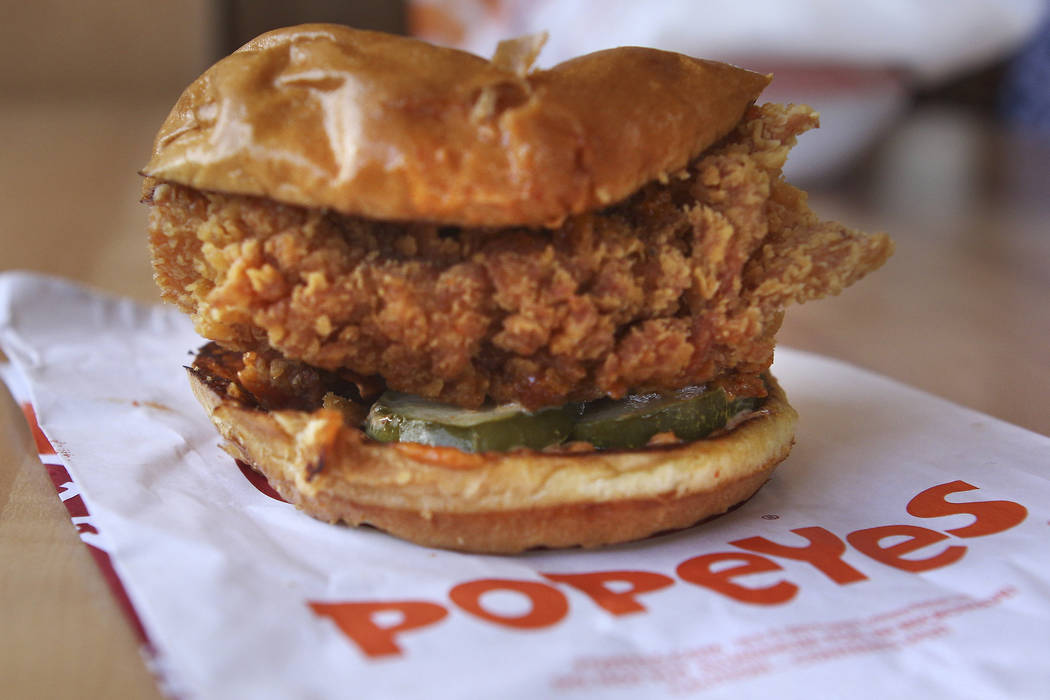 A close up shot of the new spicy chicken sandwich at Popeyes on the corner of Bonanza Road and Rancho Drive on Thursday, Aug. 22, 2019, in Las Vegas. (Michael Blackshire/Las Vegas Review-Journal)

So much so that the national chain announced on Twitter that it is sold out — for now.

Y’all. We love that you love The Sandwich. Unfortunately we’re sold out (for now). pic.twitter.com/Askp7aH5Rr

But fear not. The company “pinky swears” that the sandwich will come back on a permanent basis in the near future. It also advises to download the Popeyes app so you can be made aware of the sandwich’s return and reminds consumers that the restaurants are open and have the regular menu available.

Popeyes announced its new sandwich earlier this month in a challenge toward longtime champ Chick-fil-A.

Other restaurants remind the public that the chicken sandwich is on many other menus.

And for those Las Vegans who yearn to wait in a line, the Terrible Herbst’s 60-Cent Gas Promotion has its final outing on Thursday. 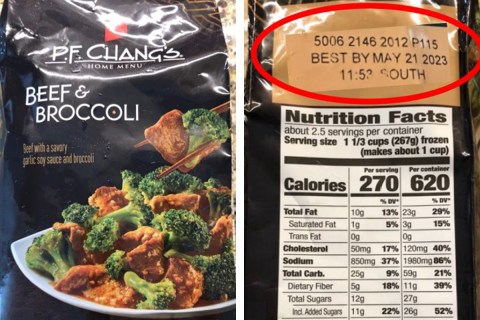