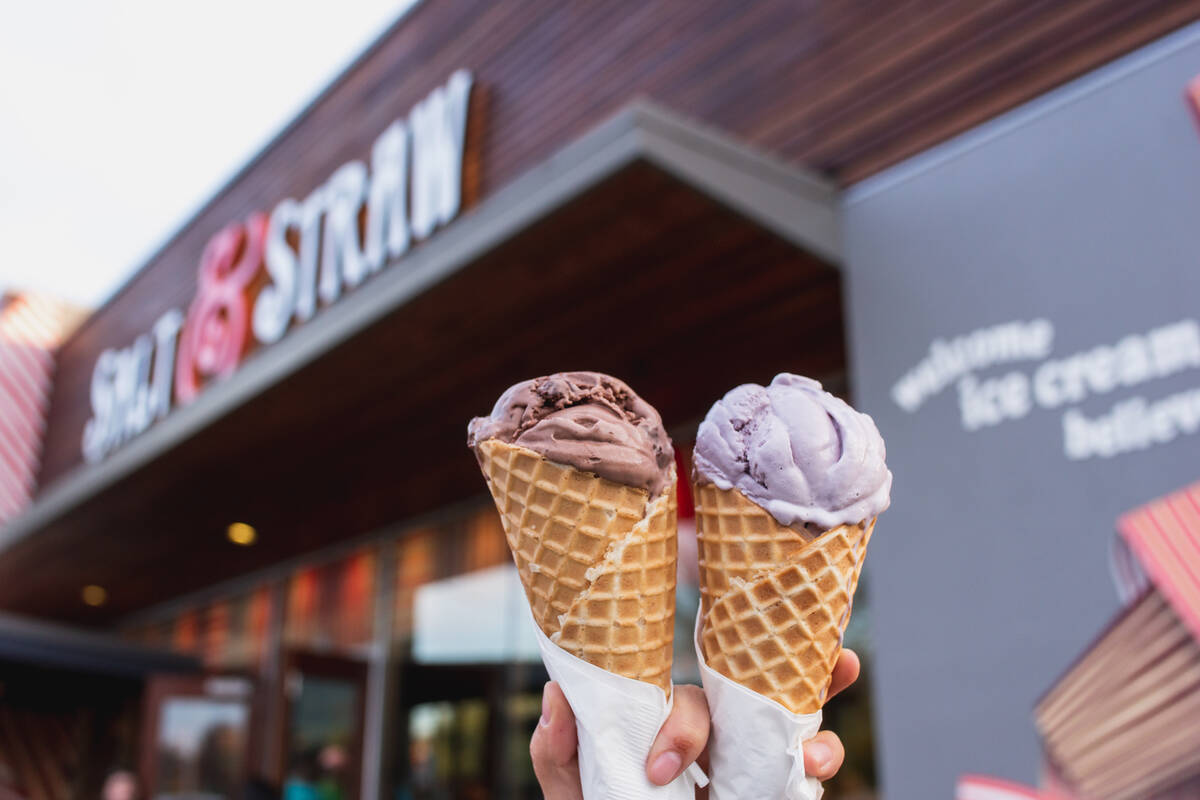 Salt & Straw ice cream features a dozen flavors, plus a rotating monthly menu of flavors. The shop is set to open its first Las Vegas location in early 2023 in the UnCommons development in the southwest of the city. (Salt & Straw)

In the last four months, about two dozen food and drink outlets have been announced for UnCommons, the $400 million mixed-use development at Durango Drive and the 215 Beltway, in southwest Las Vegas. That number — rivaling a Strip casino for eats and sips in one place — has increased again.

Salt & Straw Ice Cream is scheduled to open its first Nevada location in early 2023 at UnCommons. The scoop shop, which began in 2011 as an ice cream cart, now has 30 stores across Washington, California, Oregon and Florida.

The menu features a dozen flavors, like honey lavender and sea salt with caramel ribbons, as well as a rotating monthly menu, like Don Bugito’s Creepy Crawly Critters for Halloween with matcha ice cream, toffee-brittle mealworms and chocolate crickets (real ones).

“We are hoping to be a part of creating memories in this community for generations to come,” said Kim Malek, co-founder and CEO of Salt & Straw, whose name celebrates the salt and straw-packing once used in ice cream making.

Salt & Straw will hire 25-plus positions for the new location, offering training, health insurance and paid time off for full- and part-time employees, the company said in a statement.

Word of the Salt & Straw shop in UnCommons comes after recent announcements that an outpost of Kaiyo, the popular Nikkei restaurants from San Francisco, and The Sundry, a global food hall, would be among the food and drink attractions at the development.