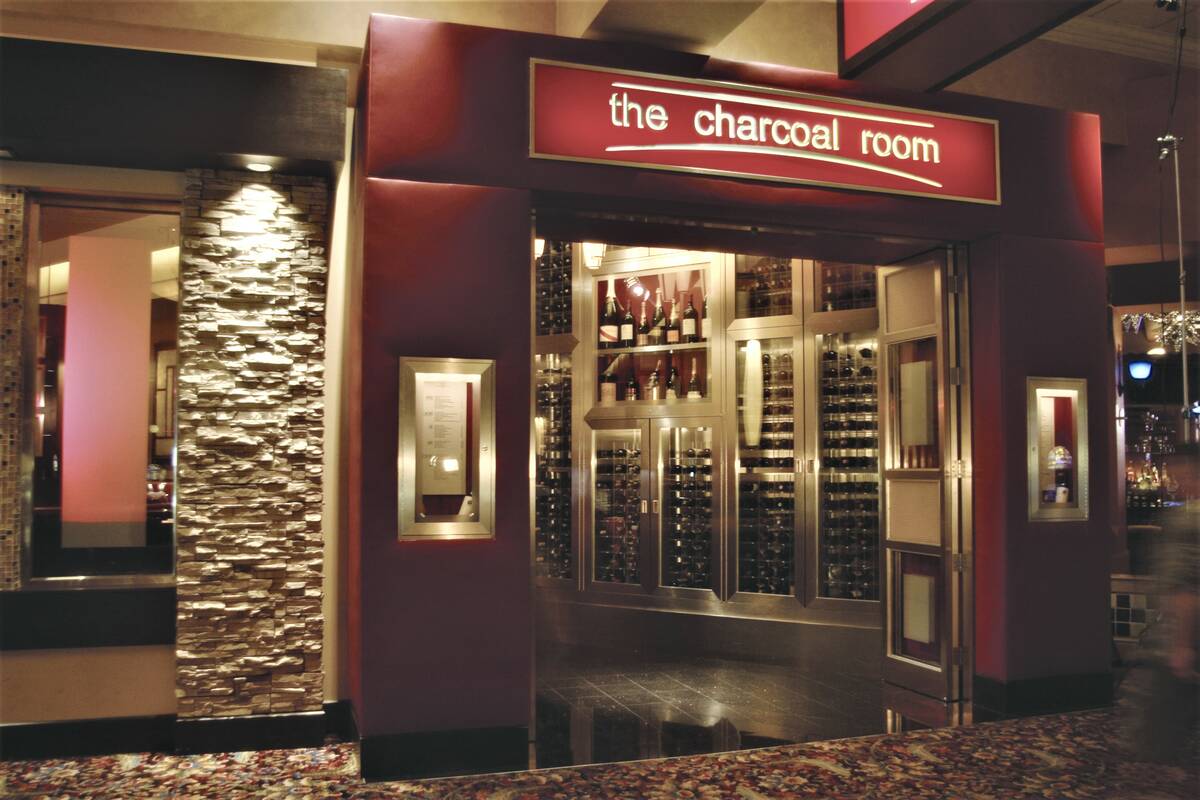 The entrance to The Charcoal Room steakhouse in Santa Fe Station, which is open while a newly designed version with the same name takes shape on the west side of the property. (Station Casinos) 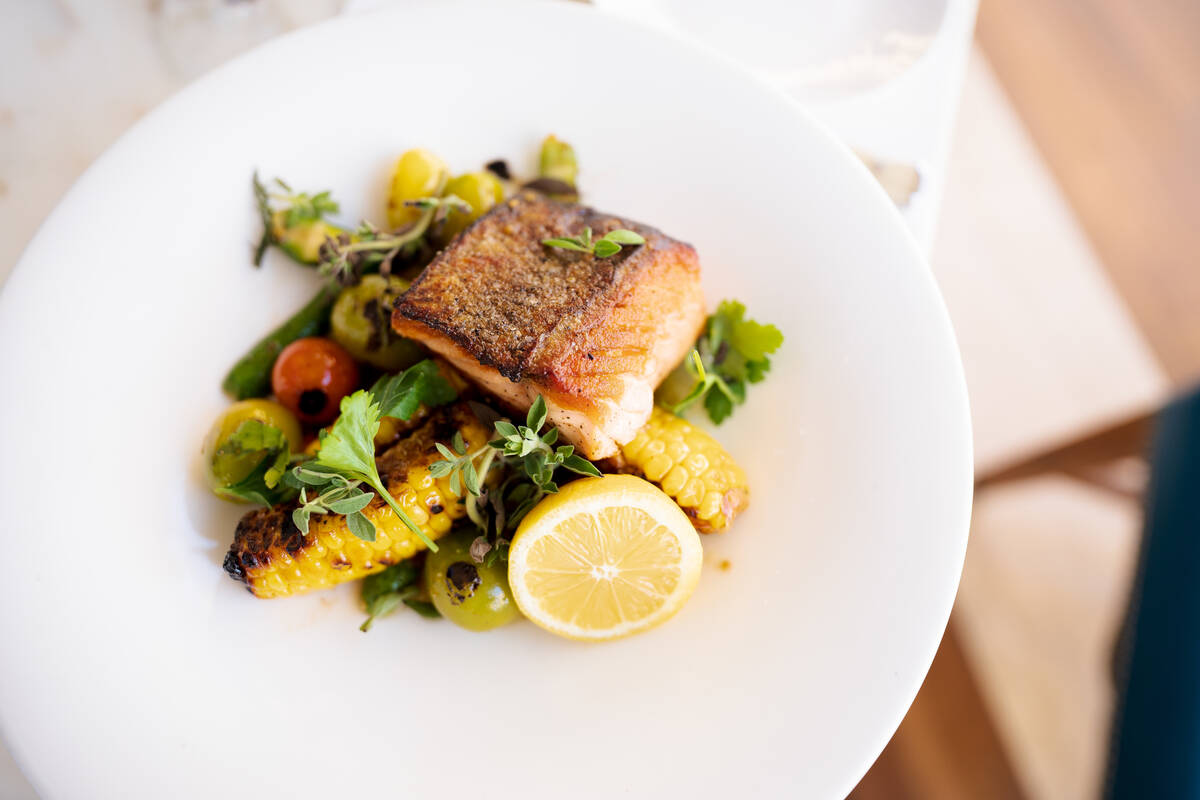 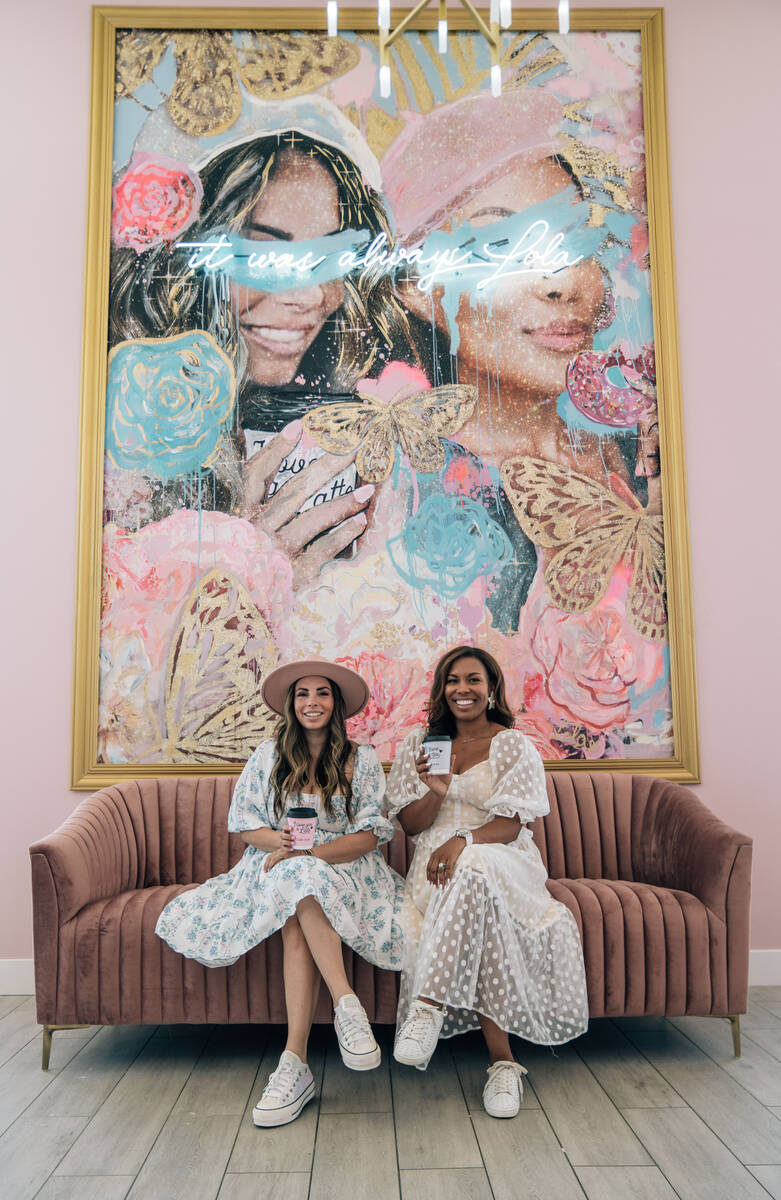 Alexandra Lourdes, left, and Lin Jerome, owner of the Café Lolas, take a moment beneath their stylized portrait at the new Rainbow Boulevard location in Las Vegas. (Angelina Rose Photography)

Evian Sparkling, the brand's first non-flavored bubbles to be sold in this country, is celebrating its U.S. launch with a water residency through Aug. 12 at Tao Beach Dayclub in The Venetian. (Evian)

It’s the new steak, named like the old steak, but still a new steak.

At Santa Fe Station in northwest Vegas, a newly designed steakhouse will be taking shape on the west side of the property. It will be called The Charcoal Room, which is the name of the current steakhouse, which will remain open while its replacement is built out. A representative for the casino confirmed the project exclusively for the Review-Journal.

No word, though, on the timeline to opening.

That’s the turf news. There’s also surf news coming out of Santa Fe Station. The Oyster Bar is currently undergoing a refresh. While its mussels get a makeover, folks can avail themselves of oysters, clams, gumbos, pan roasts and cioppinos on the terrace of the adjacent Brass Fork.

We might not have Adele yet, but we do have chi-chi hydration.

There’s a hot new residency in town, one starring … Evian! On Tuesday at Tao Beach Dayclub in The Venetian, one of the grandes dames of bottled water launched its Vegas Sparkling Water Residency to celebrate the debut of Evian Sparkling (light! fresh! effervescent!), the brand’s first nonflavored bubbles to be sold in the U.S.

— A glistening replica of the French Alps, the source of Evian water, through Sunday.

— A water service presentation ($120) consisting of an Eiffel Tower bottle of Evian Sparkling delivered to the cabana, daybed or table, in true Vegas fashion.

Across Vegas, there’s a summer place (at the table) …

— Eldorado Cantina is doing tableside sangria, plus salsa music and dancing, from 7 to 10 p.m. Wednesdays at the Tivoli Village location.

— Hakkasan in the MGM Grand recently introduced more than a dozen seasonal dishes to its modern Cantonese menu.

— El Luchador Mexican Kitchen puts a headlock on the heat with summer brunch dishes, including sopes Benedict and bottomless mimosas, from 11 a.m. to 3 p.m. Saturdays and Sundays at the Mountain’s Edge and Henderson stores.

— Silverton is celebrating its 25th anniversary in July with bottomless drinks for $25 at all casino bars from 4 to 7 p.m. daily and $25 menus at Mermaid, Mi Casa, Su Casa, Sundance Grill and Twin Creeks restaurants.

Café Lola, where Instagram meets strawberry shortcake waffles, has opened a fourth location, this time at 7379 S. Rainbow Blvd. in southwest Vegas. The restaurant includes an image wall strewn with flowers and a monumental stylized portrait of owners Lin Jerome and Alexandra Lourdes. The owners have previously announced Lolas planned for Fashion Show mall and the Forum Shops at Caesars.

On the Side runs in Sunday’s Taste section. Email tips, questions or feedback to ontheside@reviewjournal.com.