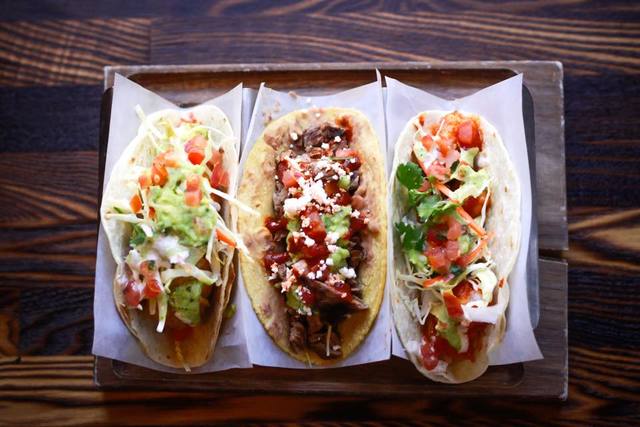 Whose tacos will reign supreme?

Celebrate The King at Smith Center

Wednesday is the 40th anniversary of Elvis Presley’s death, and on Sunday, Frank LaSpina will perform some of the legendary performer’s biggest hits and explore his life in “Elvis: The Stage Biography” at The Smith Center. The show will include rare photos and film clips of The King. Tickets for the Sunday matinee performance at 2 p.m. are $25 and benefit LaSpina’s Musical Arts Scholarship Program. thesmithcenter.com.

You remember this guy from ’80s radio

The guy with an unrequited love for Jessie’s girl will tell you all about it, in song, on Saturday night on Fremont Street. Rick Springfield will play a free show at 9 p.m. on the 3rd Street Stage as part of the free Summer Concert Series.

It’s not often that you get to watch a shark eat up close and personal — and live to tell about it. You can at Las Vegas Natural History Museum every Tuesday, Thursday and Saturday. Guests can watch museum aquarists feed sharks and rays in the Marine Life Gallery at 2:30 p.m. Tuesdays and Thursdays and 2 p.m. Saturdays. They’re also happy to answer questions about ocean life. The show is free with the cost of museum admission, which runs from $6 to $12, with kids 2 and younger getting in for free.

The local vegan website Vegans, Baby will stage a takeover of Evel Pie from 6-9 p.m. Wednesday. The Fremont East pizza place will switch to an entirely plant-based menu that will include vegan meatballs with Evel marinara sauce, Green Machine pizza covered with vegan pesto with peppadew peppers, a vegan version of the restaurant’s 420 Pie of mushrooms and herbs, and a Flower Child pizza with marinara, squash blossoms, vegan ricotta and edible flowers.

Diners can vote on which items will be added to the regular menu for the next month. The event will also feature vegan beers and the first outside-of-New-York appearance by the trendy Numu brand vegan cheese.

Have an item for Downtown Lowdown? Email amancini@reviewjournal.com.