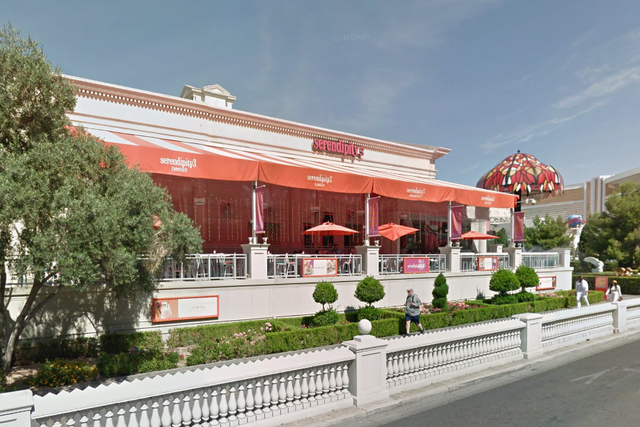 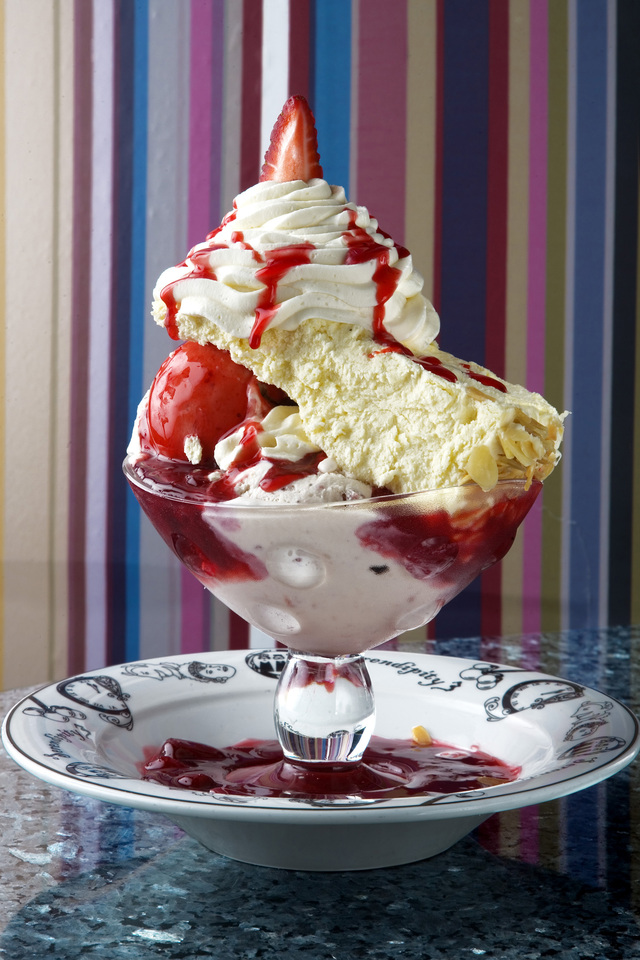 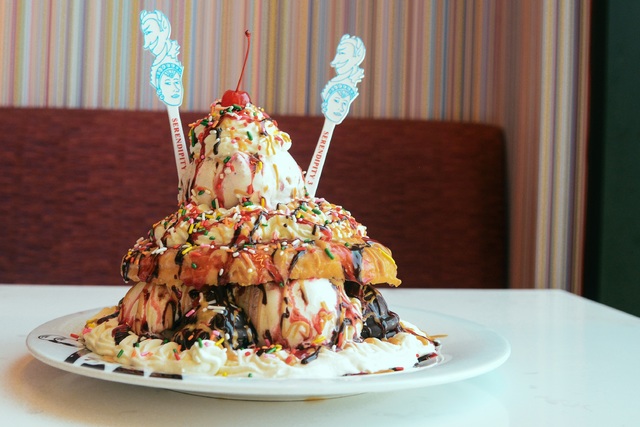 Are you up for this? It's the Peanut Butter & Glazed Donut Ice Cream Sundae at Serendipity 3. It's not only a mouthful to say, but to eat. (Courtesy)

According to Caesars Entertainment, the space currently occupied by Serendipity 3 in front of Caesars Palace, on the corner of Las Vegas Blvd. and W. Flamingo Road, will re-open as Stripside Café & Bar this weekend.

Among other dishes, Stripside Café & Bar will offer soups, salads, gourmet burgers and oven-fired pizzas. The restaurant will also feature an all-day breakfast menu with signature items such as Brioche French Toast and a robust early morning cocktail menu, a spokesperson for Caesars Entertainment said.