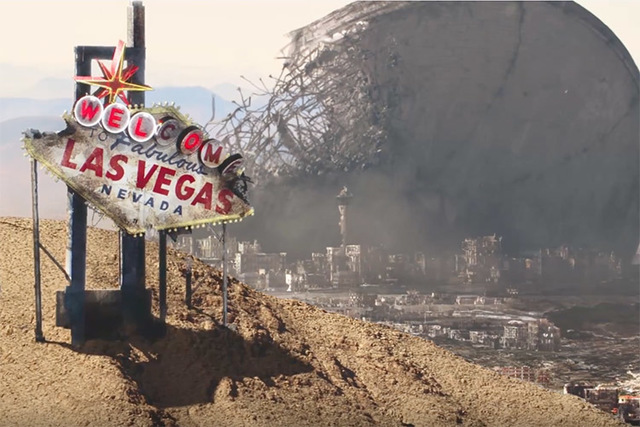 “On July 4, 1996, aliens attacked our planet. But they did not destroy the spirit of Las Vegas.”

So begins this viral video, sponsored by the “Las Vegas Ruins Tourism Board,” in support of “Independence Day: Resurgence.”

The Strip may have been obliterated during the events of “Independence Day,” but you can’t keep a good city down. Heck, it’s only taken 20 years for the Las Vegas Ruins to restore gaming and a wedding chapel where visitors once again can get married by an Elvis impersonator.

Then there’s the footage of the gun range, with its “weapons enhanced with alien technology,” that feels as though it could have been lifted from a Michelle Fiore campaign ad.