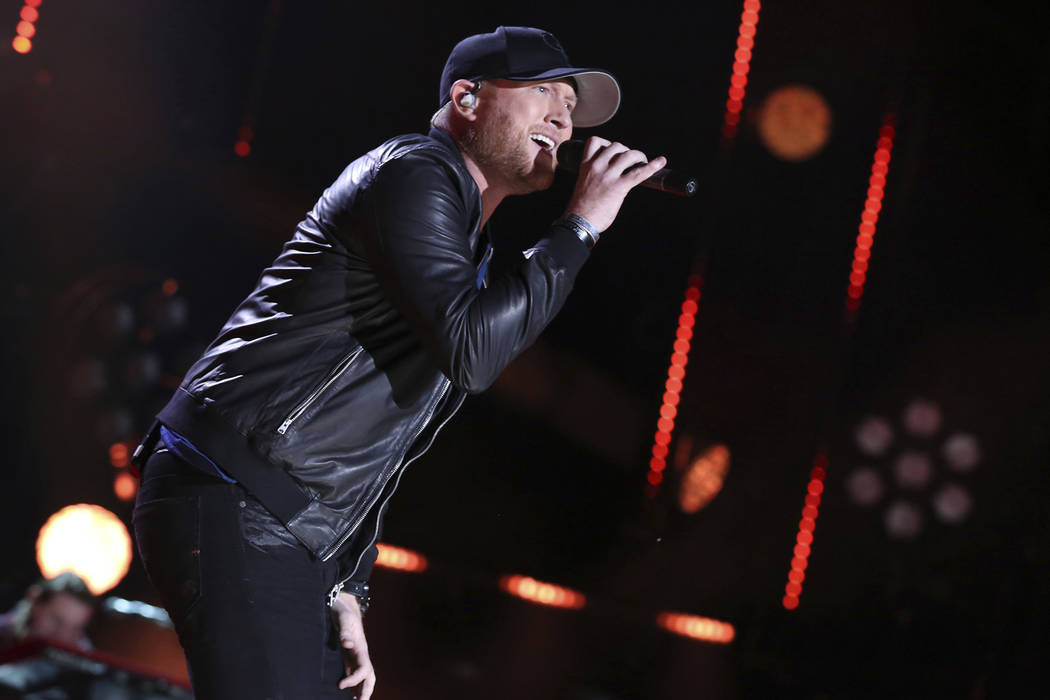 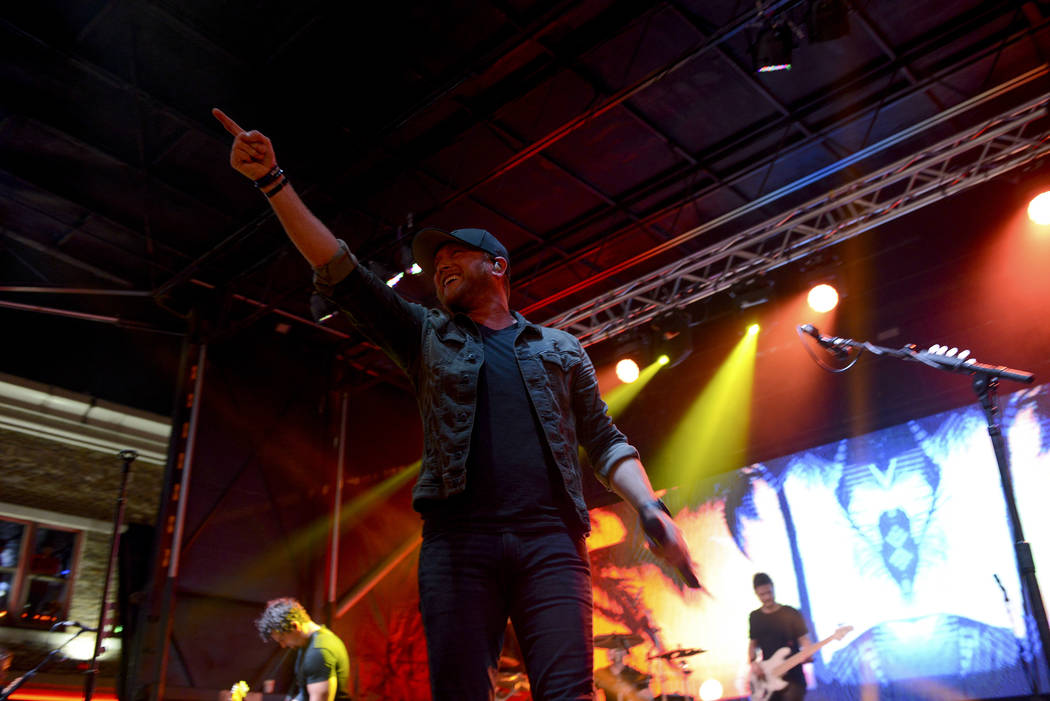 Cole Swindell performs Oct. 10 in Nashville, Tenn. The country music star addressed the Route 91 Harvest tragedy from the stage that night and paid tribute to the victims. (Ben Neely)

The room went dark, save for the video screens and the memories.

The stage became still as the footage played, as Route 91 Harvest victim Brennan Stewart performed a song about mourning the loss of a loved one, a tribute to good times imagined, but never to be had.

It’d become a tribute to himself on this night.

“You Should Be Here.”

Stewart sang it first, followed by the man who wrote and recorded the heavy-hearted ballad, ascendant country star Cole Swindell.

Swindell penned the number after the untimely death of his father.

But at The Chelsea at The Cosmopolitan of Las Vegas on Friday, the deeply personal song expressed a more universal sentiment, the struggle to make sense of the senseless, to cope with grief, with might have been.

“They say now you’re in a better place,” Swindell sang, his voice soft in the middle and wistful on the edges. “And I would be too if I could see your face.”

We’d see Stewart’s face again, as a picture of him in a checkered flannel shirt was displayed on said video screens as the tune concluded.

“That song’s for anybody who’s ever lost someone,” Swindell announced afterward, punctuating the remembrance of his dad and one of his fans alike.

As the country music community returns to Las Vegas this week to coincide with the National Finals Rodeo, the emotional aftermath of 1 October is being addressed directly, through words — Swindell saluted police officers and first responders who braved the Route 91 Harvest tragedy during “Ain’t Worth The Whiskey — and actions, with Nashville flocking back to town unbowed.

Swindell’s catalog is inherently life-affirming, a breezy, laid-back collection of songs “Brought to You By Beer,” where apologies are made with “A Dozen Roses and a Six Pack.”

These are tunes meant to soundtrack the end of a workweek, and they seemed tailored for a Friday night on the town, Swindell’s set posited on turning any bad times into a good excuse for a drink.

But really, it all led up to one moment.

“You Should Be Here.”

And for a few minutes at least, Brennan Stewart was.

Brennan Stewart, among Las Vegas victims, sings ‘You Should Be Here’— VIDEO