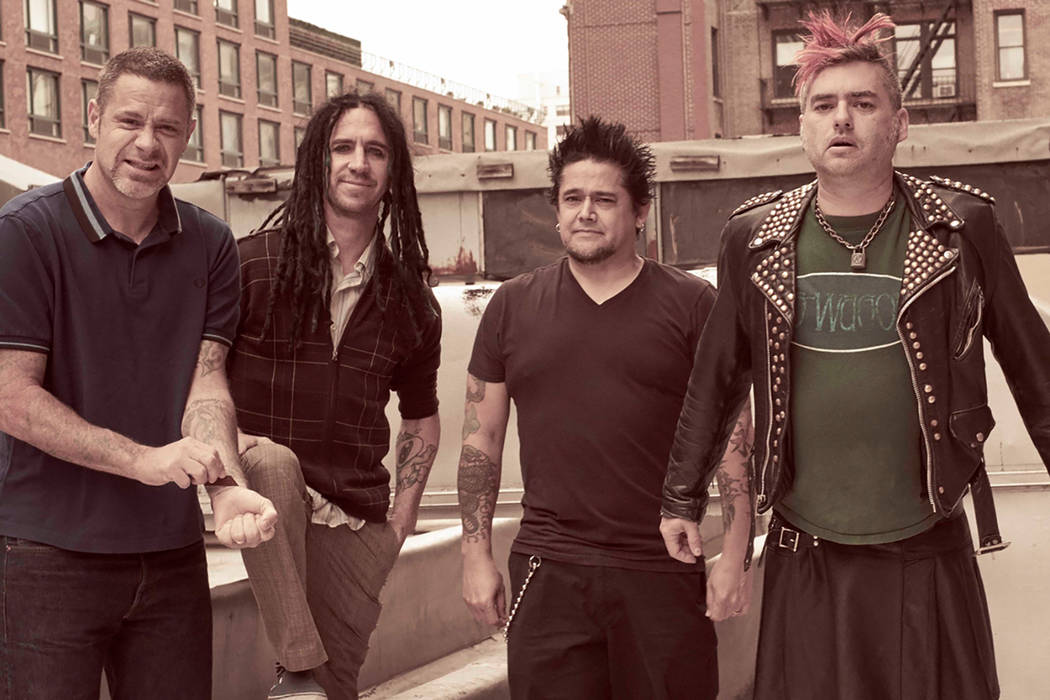 His stage name is Fat Mike, and he’s sparked an equally sizable controversy.

The frontman for veteran punk troupe NOFX has raised the ire of some for comments he made during his band’s headlining performance at Punk Rock Bowling on Sunday night when he joked about the Oct. 1 massacre.

“That sucked,” Fat Mike, whose real name is Michael Burkett, said of the Route 91 Harvest festival shooting. “But at least they were country fans and not punk rock fans.”

NOFX thought it would be "hilarious" to joke about the October 1 shootings while on stage in Las Vegas. They said "at least they were country fans and not punk rock fans". This is disgusting and callous. We will never support anything involving this band ever again. pic.twitter.com/am3R8QJIE6

Burkett’s remarks elicited plenty of groans, according to attendees.

Footage of his comments has made the rounds on TMZ.com and various online outlets, sparking outrage.

The organizers of Punk Rock Bowling have distanced themselves from Burkett’s attempt at humor.

“In light of NOFX’s comments during their performance at the Punk Rock Bowling and Music Festival, we would like to offer a formal apology to those in attendance, the city of Las Vegas, the victims and the families of 10/1,” Punk Rock Bowling founders Mark and Shawn Stern said in a statement sent to the Review-Journal.

“Las Vegas is home to the Punk Rock Bowling & Music Festival, and we do not condone the statements made from our stage on Sunday night,” they continued. “We take the safety of our festivalgoers seriously and want to relay that there is nothing funny about people being shot and murdered, ever.”

None of this out of character for Burkett, who’s essentially a punk rock version of Don Rickles.

On past NOFX records, he’s goofed on the death of Jerry Garcia (“August 8”), his feminist critics (“The Black and the White”), the Bible Belt (“Leaving Jesusland”), even himself (“I Don’t Like Me Anymore”), to name a few of his tongue-in-cheek targets.

Live, his between-song banter is akin to a stand-up comedy routine where no one is spared.

But for many — even some NOFX fans who understand what Burkett’s all about — his comments crossed the line.

On Thursday, organizers of this weekend’s Camp Punk in Drublic festival in Thornville, Ohio, announced they were dropping NOFX and Burkett’s punk cover band Me First and the Gimme Gimmes from the lineup.

Earlier, beer company Stone Brewing pulled out of a sponsorship deal with NOFX over Burkett’s remarks at Punk Rock Bowling.