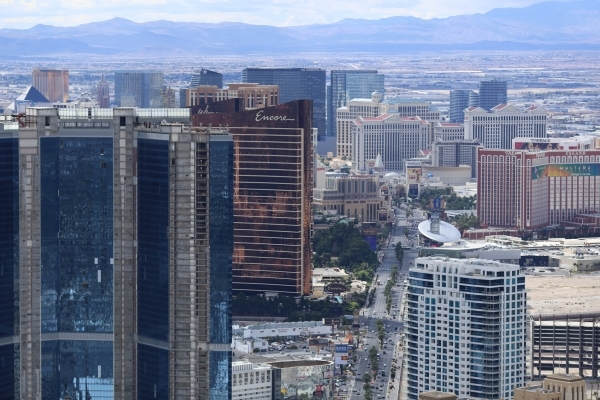 The Fontainebleau, left foreground, is seen with the Strip in the background in this photo from floor 108 of the Stratosphere on Thursday, Oct. 29, 2015 in Las Vegas. Brett Le Blanc/Las Vegas Review-Journal Follow @bleblancphoto

Major projects that could energize the north Strip appear to be coming together.

Wynn Resorts Ltd. CEO Steve Wynn has been revealing design plans for what could be his next big thing: his ambitious expansion onto the Wynn Golf Club, the former Desert Inn golf course. And billionaire investor Carl Icahn may have found a buyer for the Fontainebleau, the unfinished 3,889-room, 68-story hotel-condo development.

According to legendary illusionists Siegfried & Roy, who recently saw the blueprints in Wynn’s presence, the plans include a 1,000-room boutique hotel, a 40-acre lake and a convention center on the land Wynn acquired with the purchase of the Desert Inn 16 years ago for $270 million.

“He never stops thinking about something new,” said Siegfried Fischbacher, who said Wynn gave Fischbacher and Roy Horn a sneak preview of the plans a few days ago.

Wynn Resorts spokesman Michael Weaver, in an email, said, “Although we are studying an expansion of the golf course, it is not yet a real project because we have not presented complete business plans to our board of directors.”

News of the potential sale of the Fontainebleau is likely to please Wynn, who has complained about the “degradation” of the Strip since the tower’s Miami-based developers halted the project and filed for Chapter 11 bankruptcy protection in 2009.

In an interview with the Review-Journal, Clark County Commissioner Chris Giunchigliani confirmed a potential buyer has been taking due diligence steps to purchase the massive structure. Giunchigliani has toured the Fontainebleau and found it to be “in excellent condition.” She hinted the tower may be reduced in size.

Icahn, who bought the property for about $150 million after construction costs neared $2 billion on the $3 billion project, announced late last year he was putting the unfinished tower up for sale.

Comedian Marty Allen will celebrate his 94th birthday with an afternoon show at the JW Marriott’s grand ballroom. The event starts at 3 p.m…
KXTE 107.5 on Monday announced the launch of the station’s new morning show, Marco & Jeetz. They will be joined by Ransom, who has been 107.5’s morning on-air personality. He will stay on as the show’s producer. Marco Orem‘s radio stops include Nashville, Indianapolis, Atlanta and most recently Washington, D.C., where he was the afternoon host for WRQX. He received national attention for coming up with the social media campaign, #IHidtheCash. Joe “Jeetz” Reder started at the legendary rock station, 99.9 KISW in Seattle. He also worked at KZND in Anchorage and most recently at Seattle’s KHTP where he was the morning show co-host and show producer….

February 25, 2004: The Killers, a rock band that started in Las Vegas, come home for a show at the Ice House early in a lengthy world tour to support their smash debut album “Hot Fuss.” The band’s first live performance was at open mic night at the Café Espresso Roma across from UNLV, where they practiced on occasion and wrote music.

Siegfried and Roy, waiting for their post-midnight flight to depart Tuesday from McCarran International Airport. They were on their way to Aruba via Miami, a 3,200-mile journey, for a two-week stay on the southern Caribbean island famous for its white sand beaches and turquoise waters… Three-time Olympic volleyball gold medalist Misty May-Treanor, on the High Roller observation wheel on Monday at The Linq promenade….At Drai’s Nightclub (Cromwell) on Sunday: Denver Broncos linebacker Shaq Barrett, and, in another group, actor Jamie Kennedy… Styx singer and guitarist Tommy Shaw at Absinthe (Caesars Palace) on Sunday…Will Ferrell, in the audience at Mariah Carey’s show Friday at The Colosseum at Caesars Palace… The entire offensive line for the Denver Broncos celebrated their Super Bowl 50 championship on Friday at STK (Cosmopolitan).

“Donald Trump was declared the big winner in the South Carolina primary by himself weeks ago, and the voters said, ‘Yeah! OK! That sounds good!’ So now the obvious question is, will he ever not win? Yes, Trump is unstoppable. He’s like Godzilla with less foreign policy experience.” – Stephen Colbert 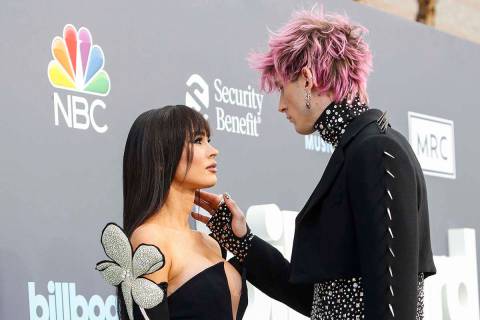 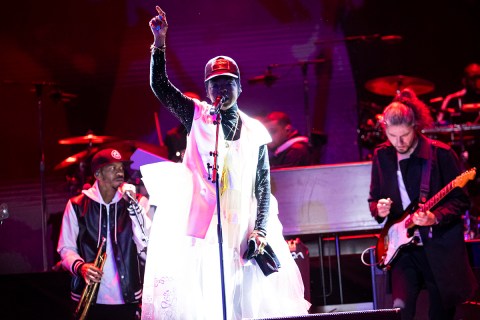 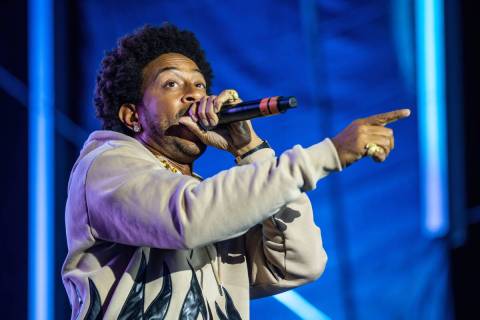