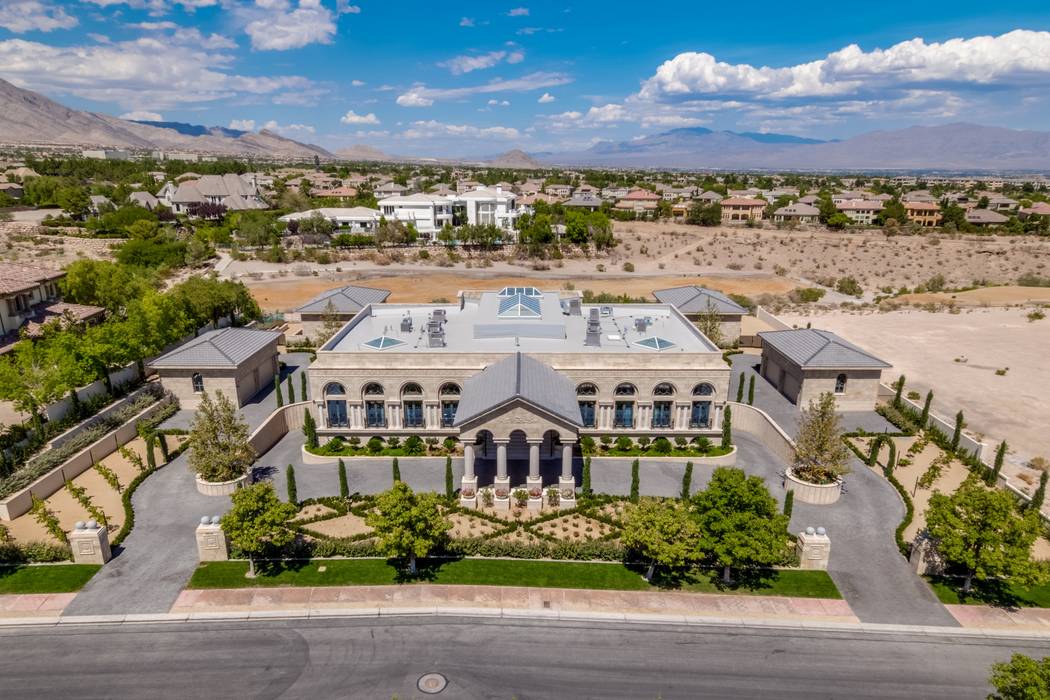 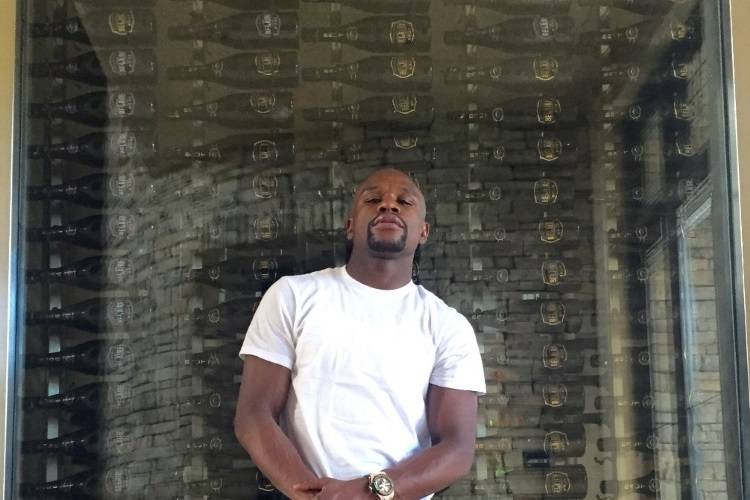 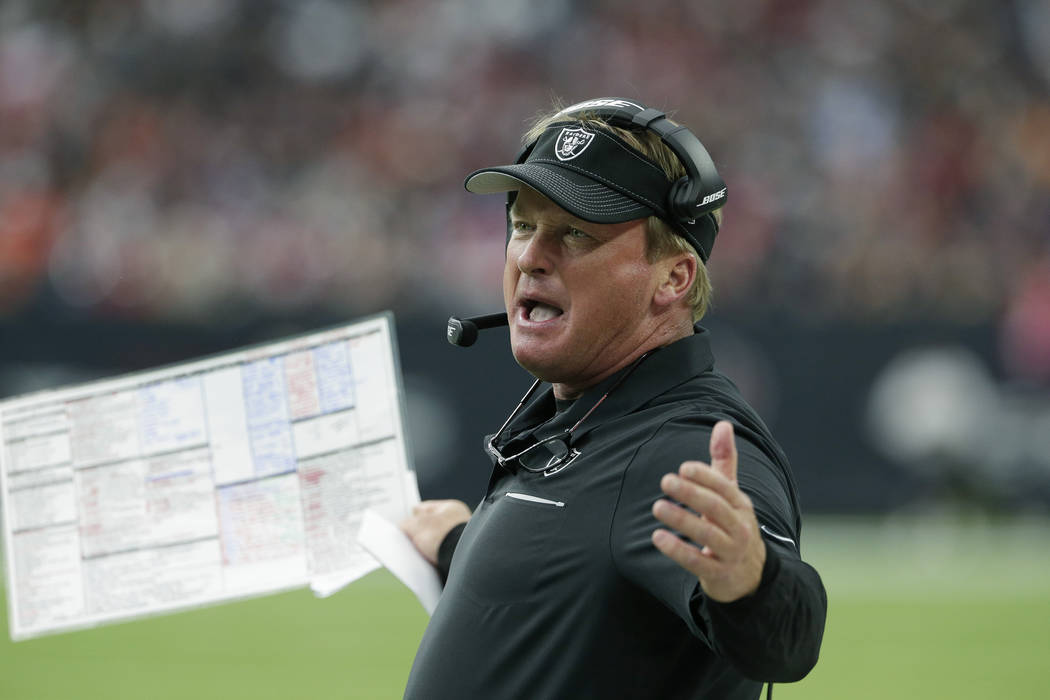 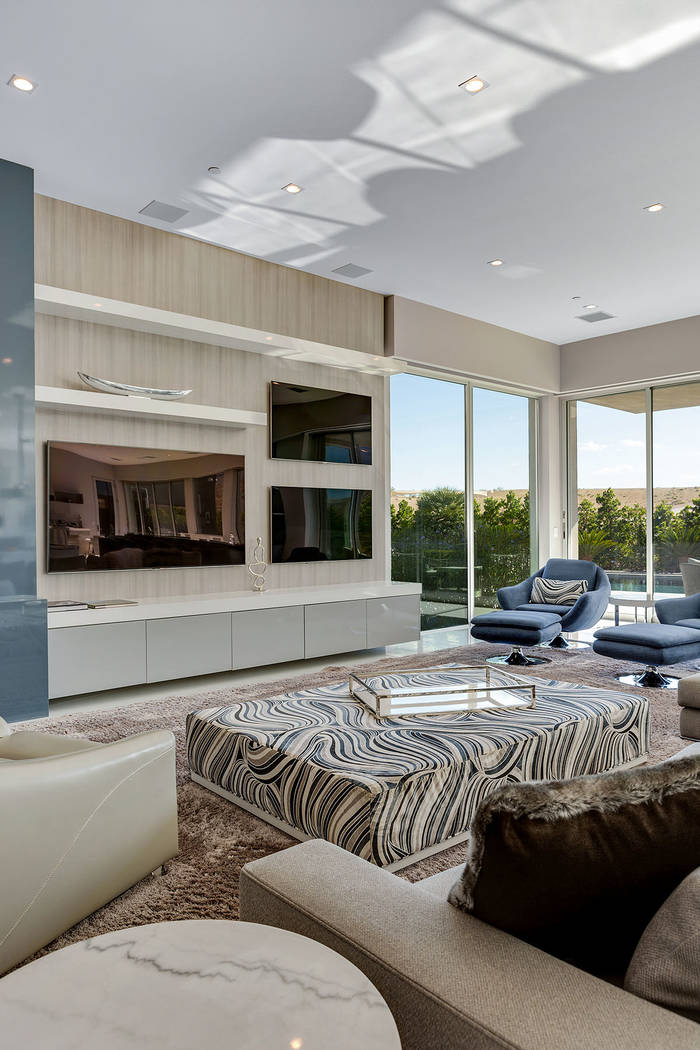 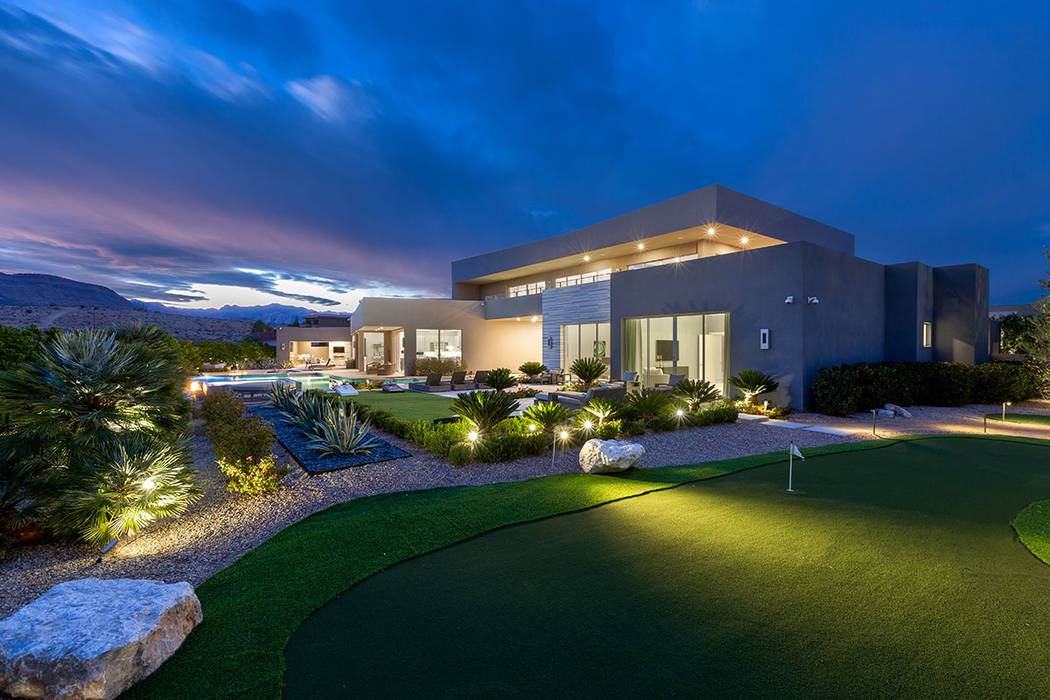 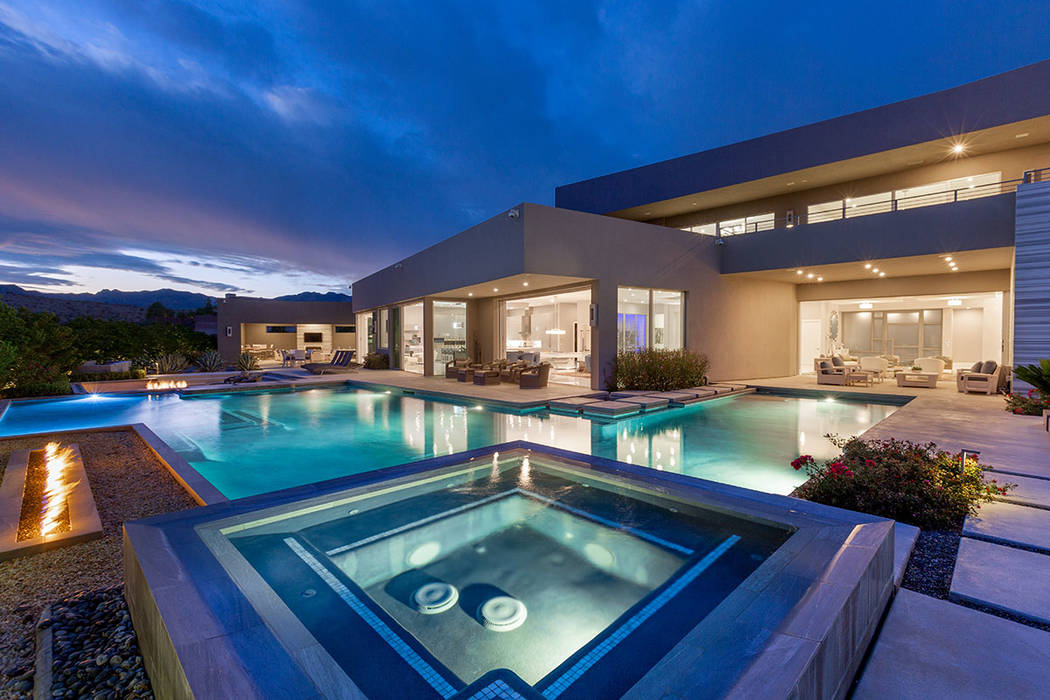 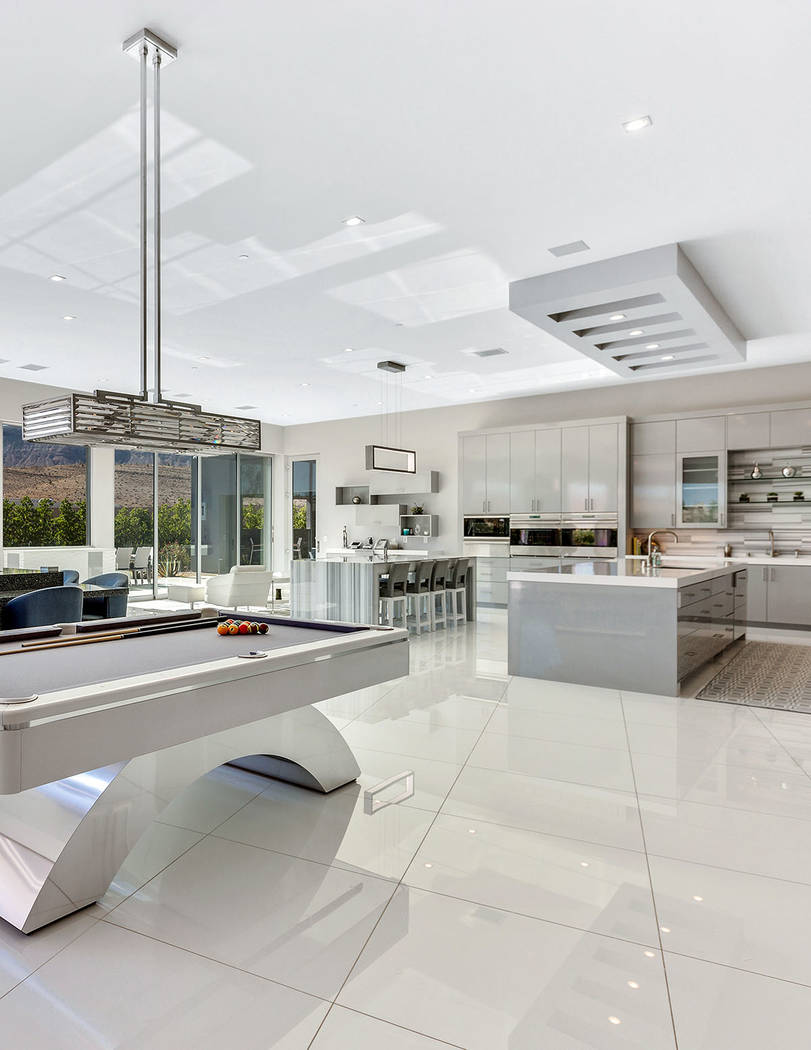 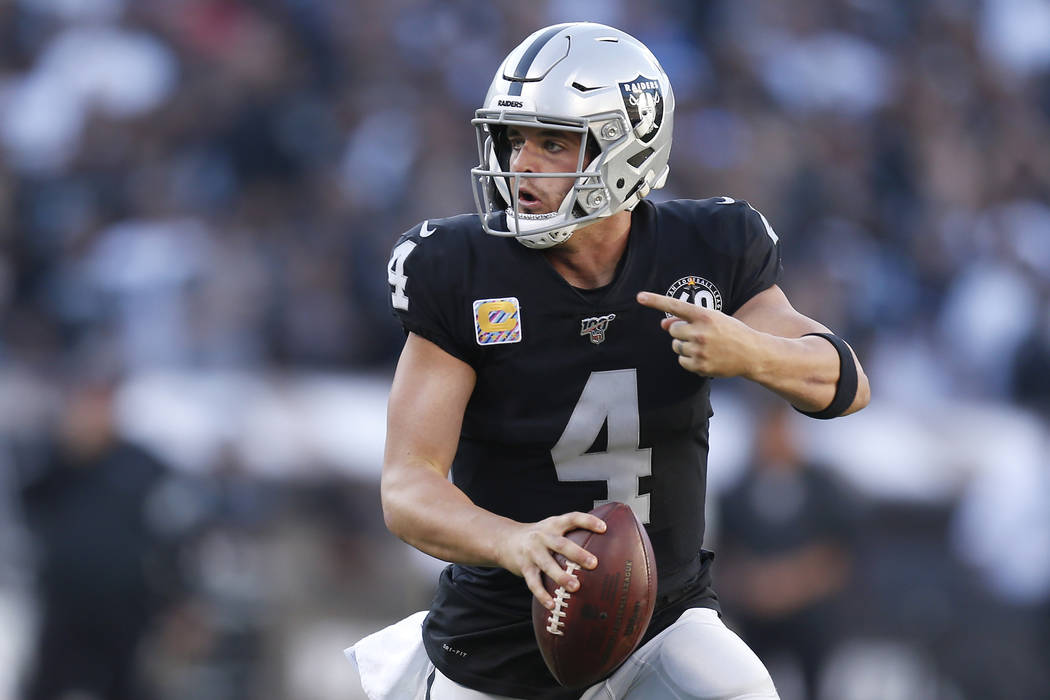 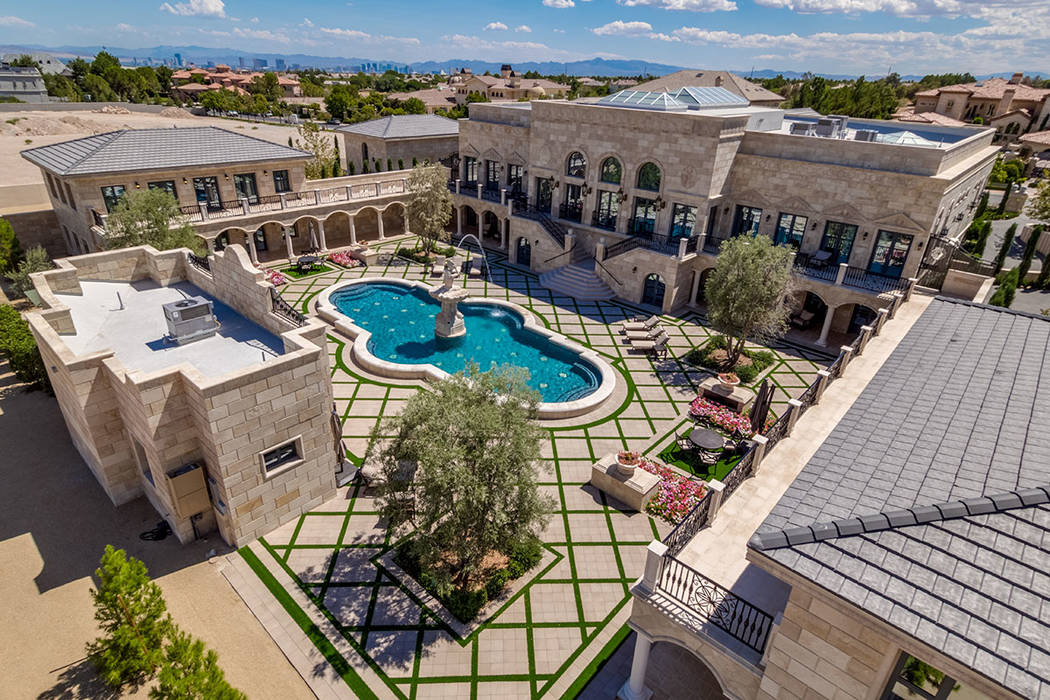 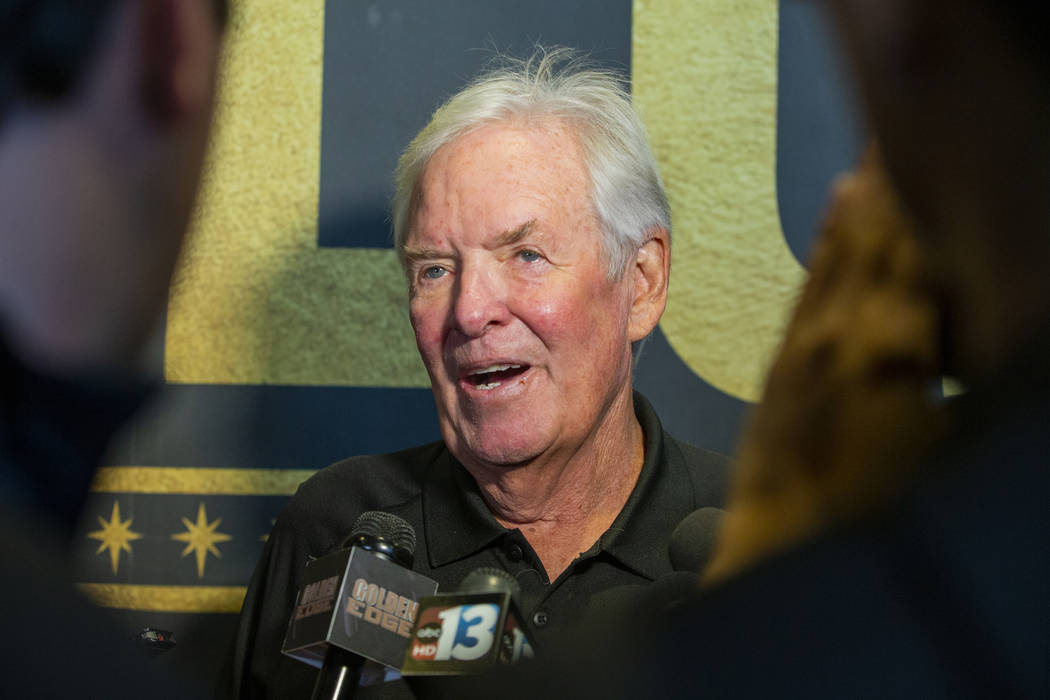 L.E. Baskow Las Vegas Review-Journal The Vegas Golden Knights owner Bill Foley has his Summerlin house on the market and is building a home in The Summit Club.

The relocation of the Raiders to Las Vegas in 2020 and the prospects for landing other professional franchises have Realtors salivating about the opportunities to represent athletes in the purchase of multimillion-dollar homes and homeowners selling their homes to them.

Realtors packed one seminar over the summer at Ascaya to learn how to work with athletes and others have sought out advice on how to do so. Realtors who represent players and executives of the Golden Knights, the Las Vegas Aces and other athletes said it’s not as simple as some agents think.

Not every athlete wants to buy a luxury home, because they may not have a long-term contract or get paid millions of dollars a year like some of their teammates. And in a profession where athletes can be traded at any moment, some don’t want to be tied down to owning a home.

That doesn’t mean, however, there aren’t opportunities in the athletic real estate realm.

The benefit of the relocation of the Raiders to Las Vegas will be for the luxury home and condo segment and those properties closest to the Strip, according to a report from Coldwell Banker Premier in Las Vegas. The NFL minimum player salary is just under $500,000, and there are opportunities with the more than 200 executive, marketing and support staff of the Raiders, which is building its corporate headquarters in Henderson.

Rhonda Allen, a Realtor with the Ivan Sher Group of Berkshire Hathaway HomeServices, represented Knights executives, including owner Bill Foley in the purchase and sale of his home in The Ridges in Summerlin. Allen helped goaltender Marc-Andre Fleury buy and sell his Southern Highlands home and buy a home in Summerlin.

Stacy Conner, a Realtor with Windermere Prestige Properties, got into the real estate four years ago when she and her husband, former NBA player and coach Lester Conner, moved to the city. She’s represented NBA and WNBA players whom she declined to name in Las Vegas — something that was only possible because of her husband’s ties to the NBA and her contacts with their wives.

Conner said some NBA players buy luxury properties here upon retirement, and others have a place in Las Vegas in the off-season. Some rent luxury homes or high-rises for six months, and others want modest places to live, she said.

“There are many who just enjoy leasing and aren’t committed to owning here because they have multimillion homes elsewhere,” Conner said. “It’s easier for them to rent.”

Rushia Brown, the Aces’ player programs and franchise development manager and color commentator, said none of the team’s players own homes in Las Vegas at this time. All are provided housing by the team during the season that lasts from May through September, and most players go overseas to play the rest of the year.

Some of the players who are choosing to play solely in the U.S. are looking to buy in Las Vegas, and others will likely do so when they’re playing careers end, Brown said.

The top WNBA player salaries for veteran players is just over $110,000.

“It’s just not conducive to have a home until they’re ready to retire,” Brown said.

Brown, who played seven years in the WNBA and 10 years internationally in five countries, said she understands the mindset of the players. She even rented a home in the southwest valley when she first moved here to get a feel for Las Vegas and where to put her daughter in school.

That’s where it helped having an agent like Conner to work with, Brown said.

“What players are looking for (in a Realtor) is someone who understands your lifestyle and doesn’t put you in a position where you have to worry about being in a safe environment and where the schools are good.”

Conner said that with the arrival of the Raiders in 2020, Realtors shouldn’t expect everyone to buy. NFL teams have a 53-man roster and a practice squad of up to 10 members.

Athletes in all sports have wives and families who don’t live in the same city where the spouse is playing, Conner said. That player often chooses to rent. Others may rent, even if families are with them, because their future isn’t known.

“When you can be traded at any moment, it’s easier to break a lease than list a home,” Conner said.

That’s been the case with many members of the Knights who chose to rent a home unless they have a long-term contract, Allen said. Many are living in the Summerlin area to be near the team’s practice facility.

“It’s going to depend on their contract, how long they anticipate being here and what they have going on in the city they are coming from if they need to sell a home there,” Allen said. “What we found with the Knights was there were quite a few that did rent that we anticipated would purchase.”

Allen got the opportunity to work with the Knights by helping Foley and his wife buy their first home here.

Conner’s advice for agents who want to represent athletes is to get to know the people around them, whether it’s wives and family or agents and other gatekeepers, and gain their trust.

“That can be difficult,” Conner said. “I was fortunate in that regard because my husband was in the NBA for 30 years.”

There’s more to being a Realtor than representing athletes, she said.

A California native, Conner said she’s focusing a lot of her efforts on that state’s residents who have nothing to do with sports but are looking to relocate to Las Vegas because of the high cost of living there.

“Everybody keeps saying the Raiders are coming, but you can’t base your business on sports people,” Conner said. “There are other people coming here other than for sports.”

Ivan Sher, principal with the Ivan Sher Group with Berkshire Hathaway, of which Allen is a team member, said there’s a misconception about the impact of a team like the Raiders relocating to Las Vegas.

Some Realtors are hopeful that, given home prices in the Bay Area are much higher compared to Las Vegas, the athletes will have a windfall to spend here.

“How many times have you heard sellers are going to price their home $1 million over what it should be because a Raider is going to buy their house,” Sher said. “We all know that is fantasy and not reality. People believe all the Raiders together are going to come and buy their one house in a market that’s slowing down.

“It’s an education process, and we have to let them know that the reality is most of the Golden Knights that will buy already have. It’s dependent on their contract, and different organizations like the NFL have different contracts (with less guaranteed money in which players can more easily be cut).”

Allen said from her experience in working with the Knights, the attorneys and administrative staff come to town first and purchase homes more so than the players. She said the purchase price points range from $350,000 to more than $1 million.

“There’s an exciting moment when you are working with a player,” Sher said. “But we are seeing opportunities with executives and ancillary companies that pop up around a sports team.”

When it comes to working with athletes, Allen said most of the time she is dealing with the spouse or the agent, rather than the player. It often involves a spouse with a preliminary search that’s narrowed down to about three properties. Sometimes, the athlete doesn’t see the house before moving into it, and many aren’t familiar with Las Vegas other than the Strip when they move here, she said. Their experience may prompt many to stay here upon their retirement and offer future real estate opportunities.

“People are quite surprised when they move to Las Vegas and how great and friendly our city is,” Allen said. “We have churches and schools, and those are the things they are concerned about, especially with a family involved.”