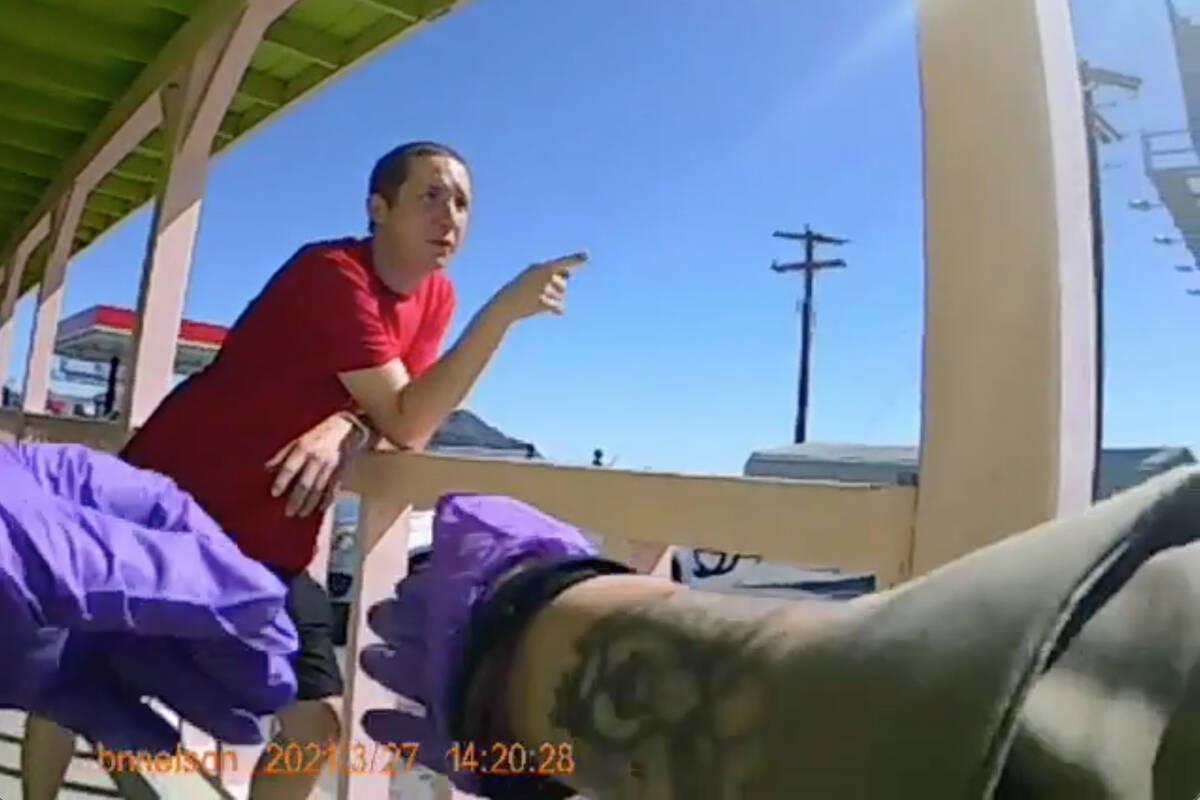 Screenshot from Breanna Nelson's bodycam video from March 27, 2021: The video shows Tyler Kennedy speaking with her about his need to use drugs. 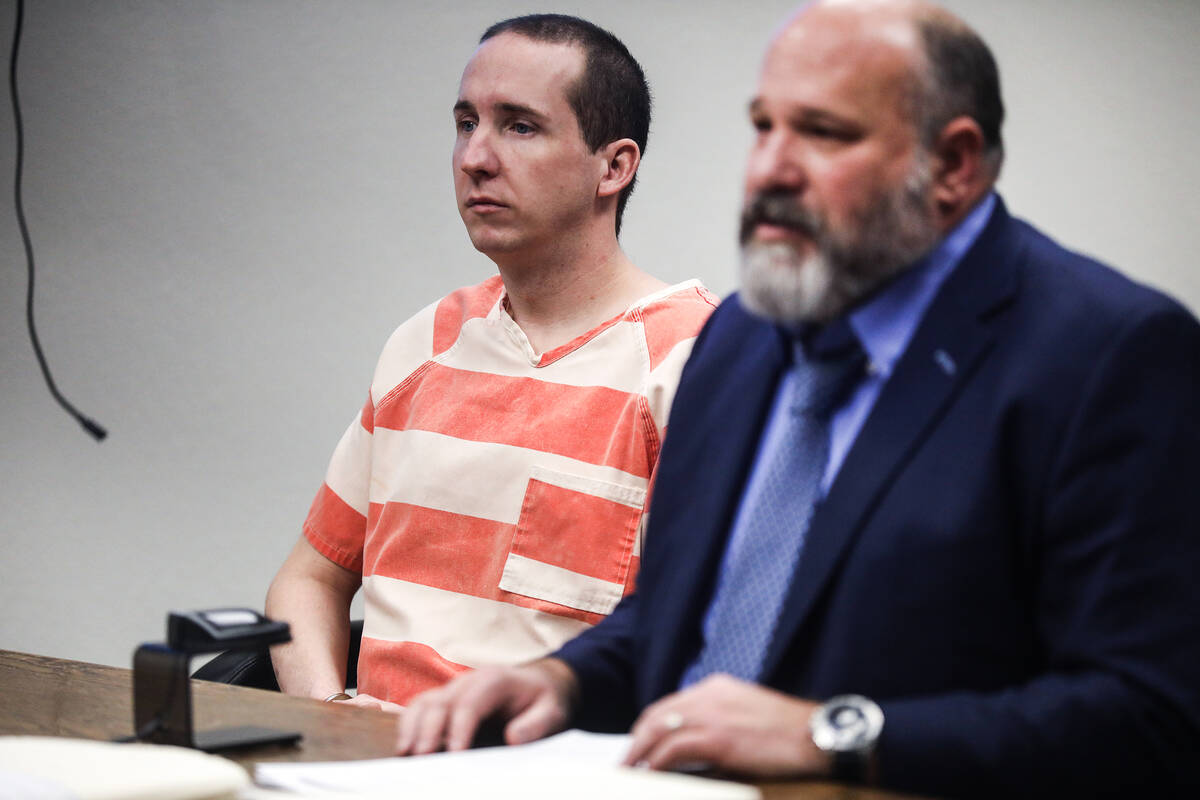 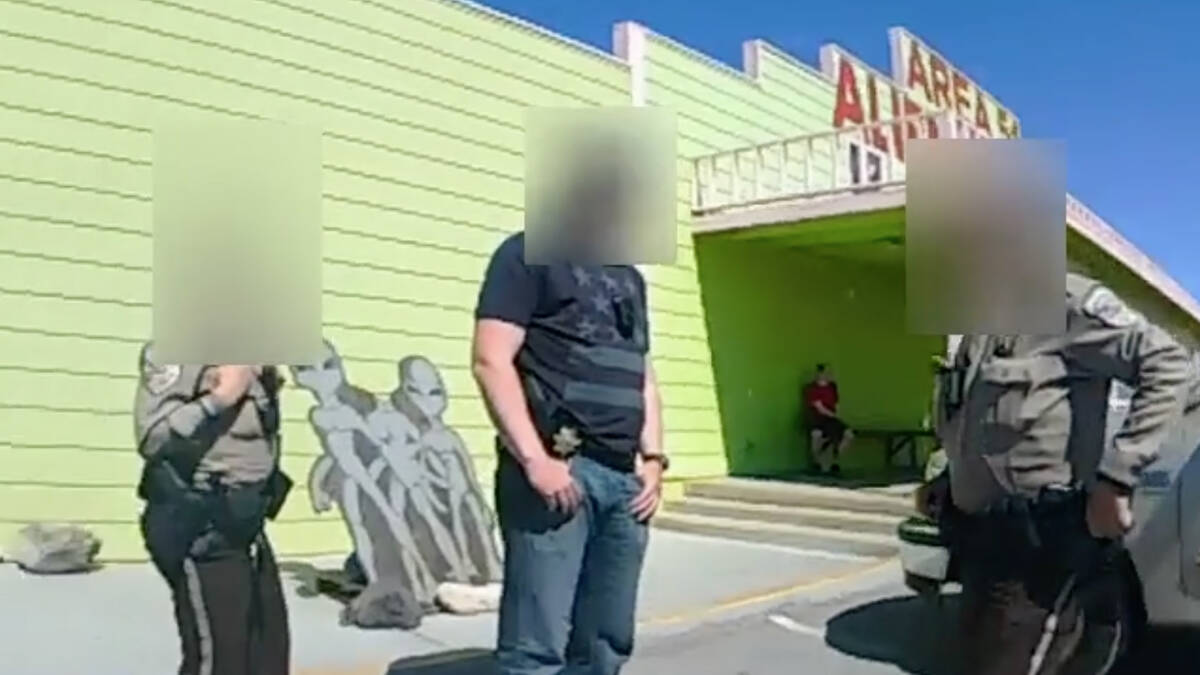 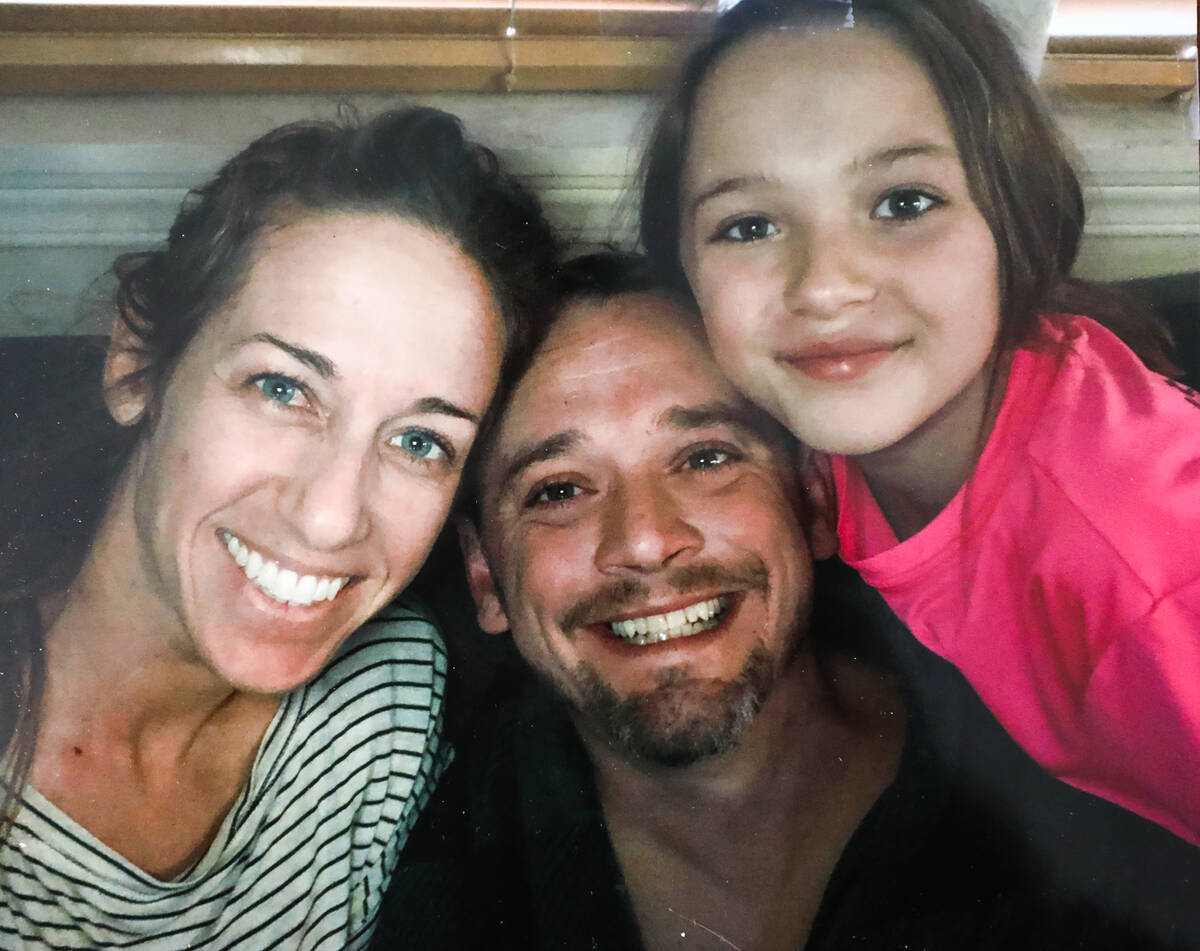 Lauren Starcevich, Michael Durmeier and his daughter Georgia Durmeier, 12, right, died after their SUV overturned in Nye County a year ago after a head-on crash. Sheriff's deputies did not arrest the driver of the other vehicle, Tyler Kennedy, despite suspecting he was under the influence. (Photo courtesy of family) 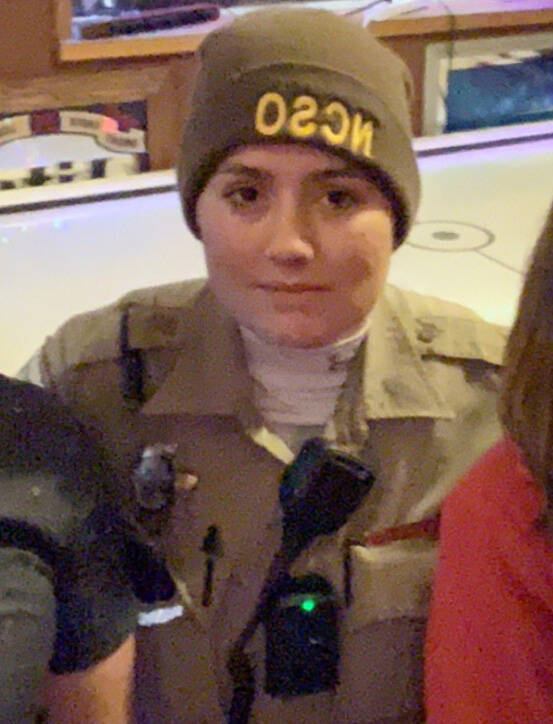 New, previously withheld police bodycam audio shows a man who killed three people in a DUI crash last year telling a Nye County Sheriff’s deputy that he had to use opioids to avoid drug withdrawal. Minutes later, he was released to continue driving — and cause the deadly collision.

A Review-Journal investigation published last month showed that deputies suspected Arizona driver Tyler Kennedy was high on opiates when they questioned him in Amargosa Valley, about 90 miles northwest of Las Vegas.

But they did not conduct field sobriety tests or stop Kennedy from driving, as the sheriff’s DUI policy required. The new audio segment from one bodycam video provides additional evidence that officers were aware Kennedy was using drugs when they let him go.

Before releasing the video from the 2021 incident to the news organization in February, sheriff’s officials removed 23 seconds of sound during a key exchange between Kennedy and Deputy Breanna Nelson. A letter that was sent with the video said the audio was removed to protect Kennedy’s right to a fair trial and to not impede the district attorney’s prosecution of the case.

The Review-Journal’s initial story documented officers noticing Kennedy had pinpoint pupils that day and was “probably under the influence.”

The Review-Journal had repeatedly asked for the withheld audio. It finally was released last week.

“I mean, you don’t have to do nothing,” said Nelson, who had just chastised Kennedy, telling him, “Don’t do drugs.”

“I just don’t want to be sick,” Kennedy said.

Another deputy then changes the subject, admonishing Kennedy, who police initially questioned about having a gun, to avoid starting disputes in Nevada, where people can easily be armed.

Kennedy was questioned by five officers outside the Area 51 Alien Center store on March 27, 2021, for about an hour before deputies released him.

An hour later, he crashed his truck into an SUV, killing Michael Durmeier, his financee, Lauren Starcevich, and Michael’s 12-year-old daughter, Georgia. Two other children in the SUV were injured but survived.

Kennedy pleaded guilty to three counts of DUI resulting in death on March 15.

Michael Durmeier’s mother, Gina Durmeier, said the new information shows an even bigger failure by police because Kennedy admits to drug use but isn’t arrested for DUI or for the drugs police found.

“Breanna Nelson could have prevented this entire nightmare,” she wrote in an email exchange after reviewing the newly released video. “She gave him the go-ahead to take the lives of anyone in his path knowing, by his own admission, that he ‘had’ to take the fentanyl, and certainly was going to! She gave him the keys to kill precious lives and forever change the lives of so many others.”

Starcevich’s sister, Olivia Crawford, said she was infuriated to see the failure of police to protect the public.

“Officer Nelson should have been doing her job (as well as the other 4 officers that were onsite),” she wrote in an email exchange after watching the video.

“Kennedy clearly states that he is sick and he has to take the pills. He admits that he is constantly using and obviously operating a vehicle, which is against the law. The negligence that happened on March 27, 2021 is unforgivable and this entire department needs to be under investigation for their lack of following the law & protecting citizens.”

Thomas Moskal, who headed DUI prosecutions at the Clark County district attorney’s office for years and now defends DUI suspects, said police had plenty of justification to do a field sobriety test. They likely would have had no problem getting a warrant for blood tests and a vehicle search after seeing Kennedy’s constricted pupils, finding drugs and hearing his admission that he had to use drugs to avoid withdrawal.

“It’s pretty plain to see it’s a DUI under the law,” he said. “They knew he was driving.”

Review-Journal General Counsel Benjamin Zensen Lipman said the complete video should have been released right away.

“The Review-Journal does not think there was a legitimate basis to withhold the audio in the first place,” he said. “It is not clear that the audio would have had any bearing on a trial, even if one was going to take place. And as the U.S. Supreme Court has recognized, even if it were to be used in a trial, our justice system has many tools to ensure a fair trial without suppressing the public’s right to access public records.”

Nelson and Nye County Sheriff Sharon Wehrly did not respond to calls and emails requesting comment.

Wehrly previously said the incident was investigated internally. The county has denied or ignored repeated requests to release what, if any, discipline the officers faced for failing to arrest Kennedy.