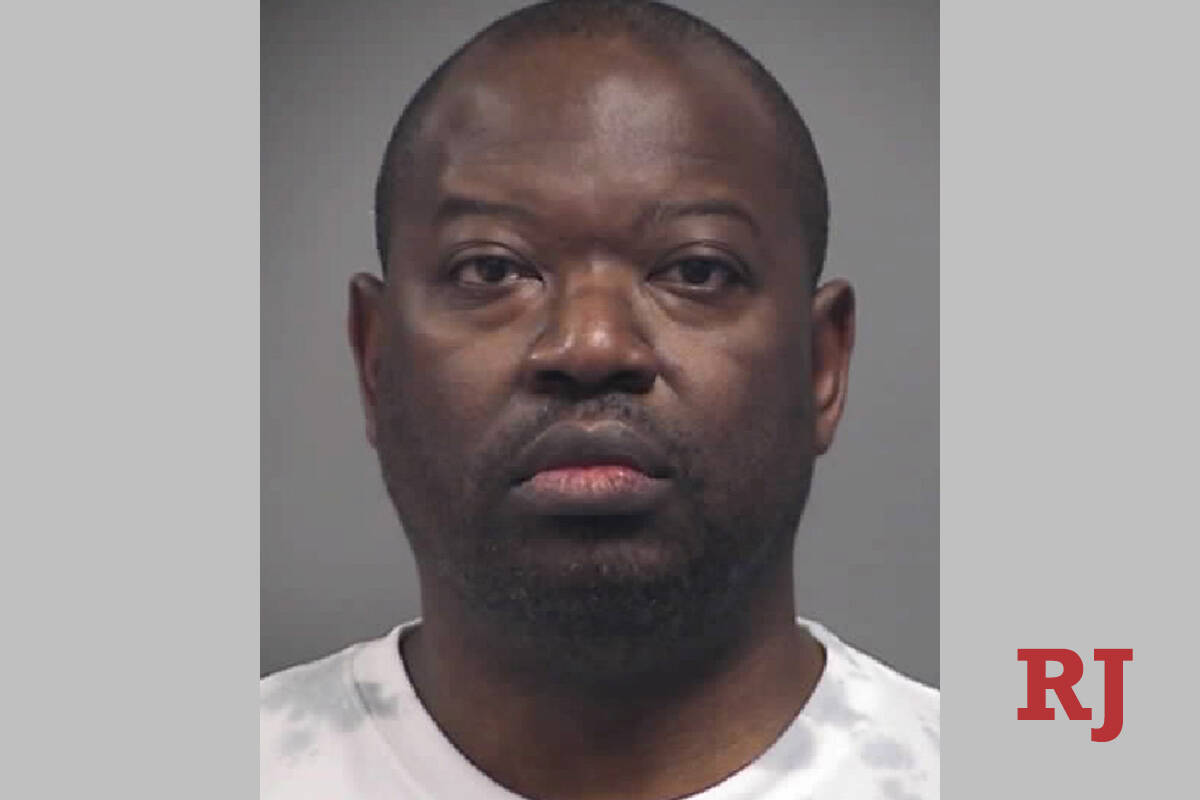 The ex-director of Southern Nevada’s housing authority is accused of punching a sleeping woman, throwing her to the ground and kicking her in the ribs and face on New Year’s Day.

Chad Williams, 50, who faced misconduct allegations and was placed on leave during his agency tenure, faces a felony domestic violence charge after he was arrested at a condominium in North Las Vegas, court records show.

Early Sunday, a 911 caller reported hearing a woman crying and yelling “stop” from the home, according to Williams’ arrest report. Police met a woman at the door who was bruised and had dried blood on her face.

Williams, who now serves as a government executive in Maryland, told officers to take him to jail, the report states.

He pled not guilty Wednesday to both felony and misdemeanor domestic violence charges. When reached by phone Friday, he declined to comment on the case.

The woman told police she and Williams had been in a long-distance relationship for three years.

Williams had searched her phone while she slept. He started punching her after finding videos on her cellphone showing her with another man, said the woman, whose name was removed from the document.

The woman said the attack continued once she was awake. Williams stopped her from calling 911, the report states.

During his first court appearance Monday, prosecutors requested Williams be held on a $2,000 bail. Instead, North Las Vegas Justice of the Peace pro-tem Craig Newman released him on his own recognizance.

Newman also ordered Williams not to contact his alleged victim and admonished the former local official.

“The violent nature of this offense is very disturbing to the court and should be to you also,” the judge said.

He spent the final months of his first and only contract on paid administrative leave. The government agency’s board sidelined him, without public explanation, after federal investigators began probing the housing authority, which is responsible for public housing throughout the Las Vegas Valley.

The U.S. Department of Housing and Urban Development, which provides the agency most of its funding, sought to determine how the housing authority handled sexual misconduct complaints against William’s second-in-command and longtime affiliate, Theodore C. Tulle, according to two employees who said they participated in the investigation.

The investigation’s findings have not been made public. The Review-Journal first reported its existence in August 2021.

Williams faced misconduct allegations of his own while at the housing authority’s helm.

In February 2019, his former secretary accused him of making unwanted advances. An outside human resources firm later concluded the two had a “consensual, mutually flirtatious and personal relationship” and said Williams had not violated the agency’s sexual harassment policy.

The housing authority’s board later voted to pay the woman a $17,500 settlement, along with a $110,000 settlement to another former secretary who accused Williams of age discrimination.

Williams said in court Monday he still lives in the Las Vegas Valley but works remotely “running economic development for the state of Maryland.”

The authority seeks to revitalize the community surrounding the university.

Williams’ next court hearing is scheduled for March 14.