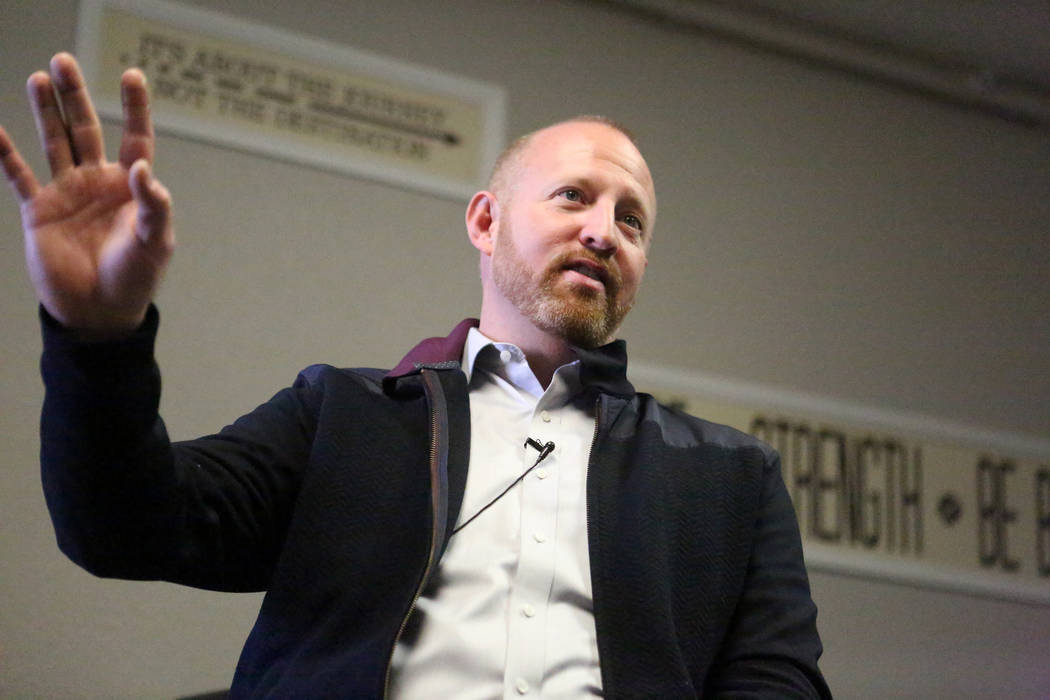 Jeff Iverson, founder and CEO of Freedom House, talks about beating addiction and giving back to the community by assisting addicts who are in recovery on Wednesday, Nov. 29, 2017. Michael Quine/Las Vegas Review-Journal @Vegas88s

Nevada’s amphetamine death rate is highest in the nation and will soon eclipse the state’s prescription opioid death rate if current trends continue, according to a new report from the Centers for Disease Control and Prevention.

The CDC report studied data from 31 states and Washington, D.C.

Experts who work in drug prevention and substance abuse in Nevada said they weren’t surprised by the report.

“I’ve been doing this job six and a half years, and for the last three of four years, we’ve seen the numbers rising,” said Jamie Ross, executive director of the PACT Coalition, a drug prevention nonprofit in Southern Nevada. “It unfortunately doesn’t look like it’s slowing down anytime soon.”

There are a number of reasons. Meth, a problem across the West, is cheaper on the streets than alternatives like cocaine or heroin, so it’s easier to get, said Keith Carter, deputy director of the Nevada High Intensity Drug Trafficking Area program.

“The No. 1 drug seized by all of our task forces is meth,” Carter said. “The meth being manufactured in Mexico is very high quality meth, and very potent.”

But the drugs can cause a heart attack in someone with an underlying heart condition, like an arrhythmia, or stroke in those with high blood pressure. Prolonged use also can lead to kidney failure, Floriani said.

Jeff Iverson, founder of Freedom House Sober Living in Las Vegas who has been sober 12 years after battling a meth addiction, said he also has heard stories of addicts who died in accidents while hallucinating from the drug.

And unlike opioids, there’s no overdose antidote.

But if prevention resources were devoted equally to opioid and amphetamine overdose, that could cut down on abuse and, ultimately, death, experts say. In the 1990’s, a national effort to curb methamphetamine production and distribution sent the numbers falling.

“Then, the next big crisis — being, of course, the opiate crisis — became what was at the forefront of the overdose crisis,” Ross said.

Public officials have convened recently to discuss solutions to the opioid epidemic in Nevada and the state Legislature passed a law that took effect Jan. 1 that puts restrictions on prescriptions for the drug.

“I don’t want one to be more or less important than the other,” Ross said. “I would love if we could have an open and honest dialogue about this.”

What’s needed, said Floriani, is public education that stresses that using amphetamines can be lethal, not just from overdose but because they can impact organ function and can be laced with opioids like synthetic fentanyl, a deadly substance.

Floriani agreed, noting that at UMC ER beds are filled with transient and uninsured or under-insured addicts who must be monitored for days while they withdraw.

“Focusing resources on psychostimulant abuse might alleviate pressure on the mental health system,” he said.