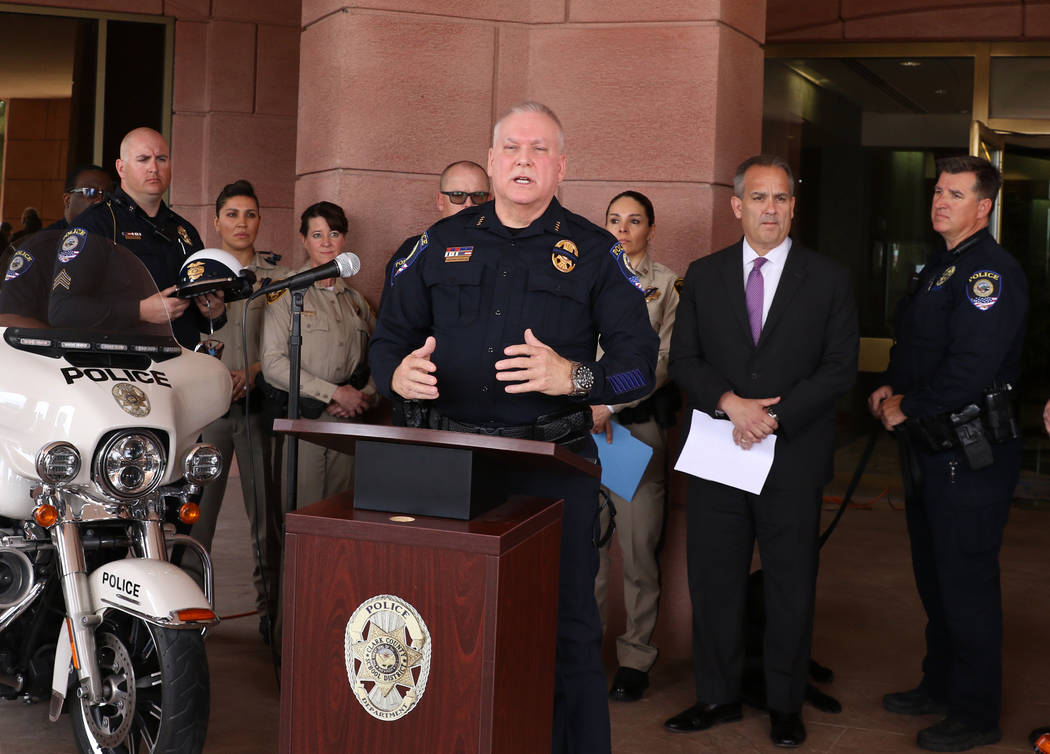 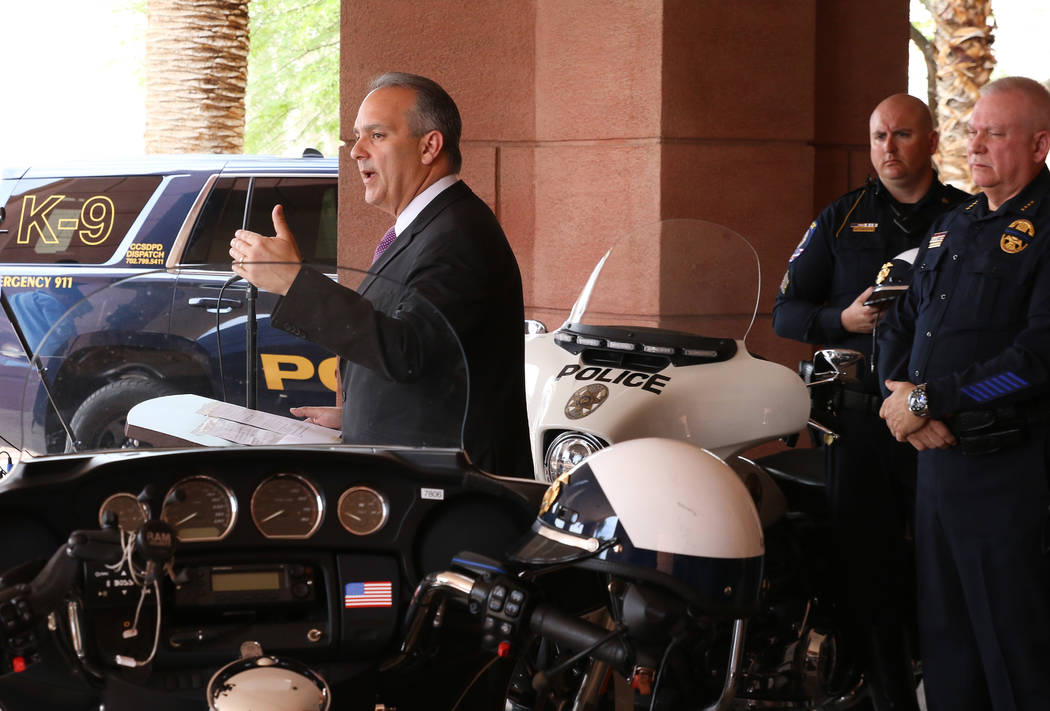 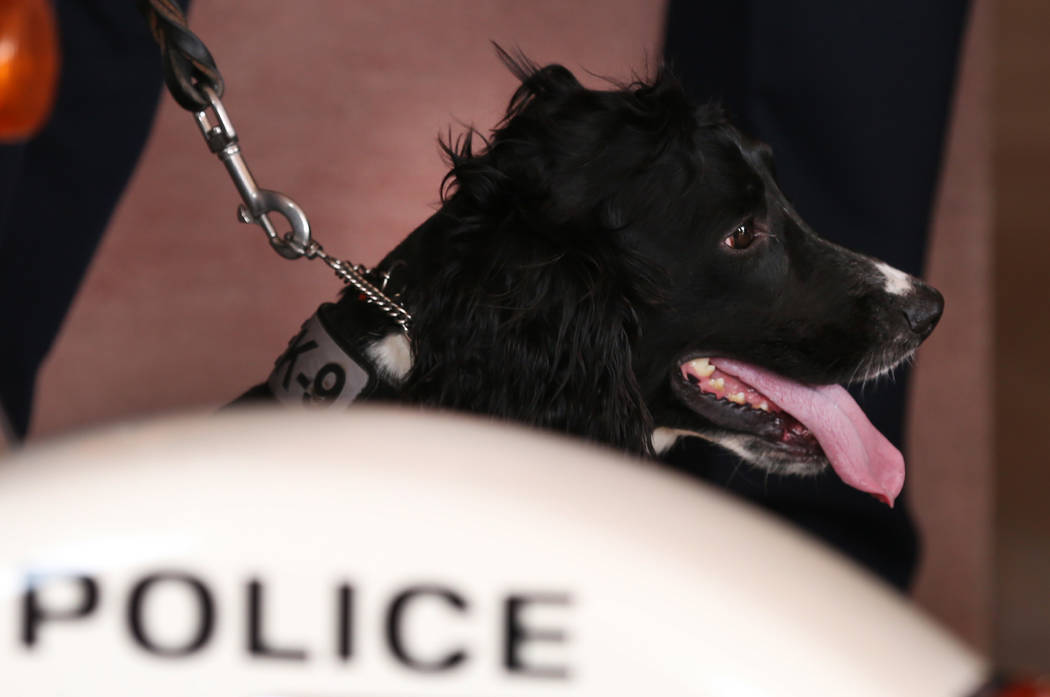 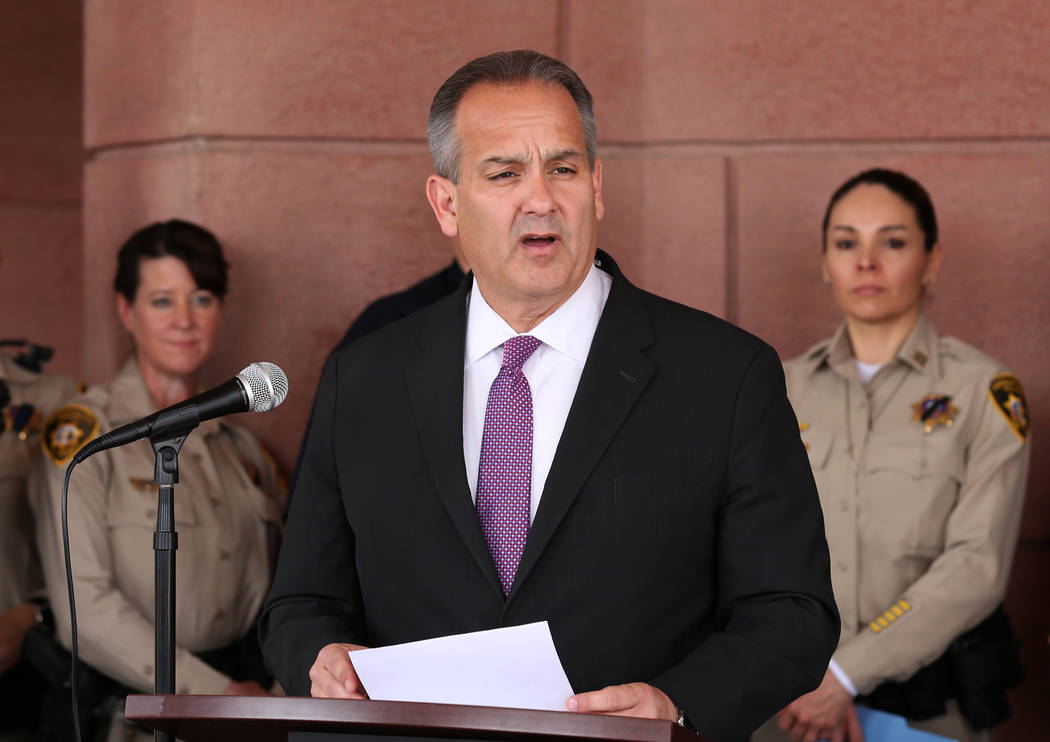 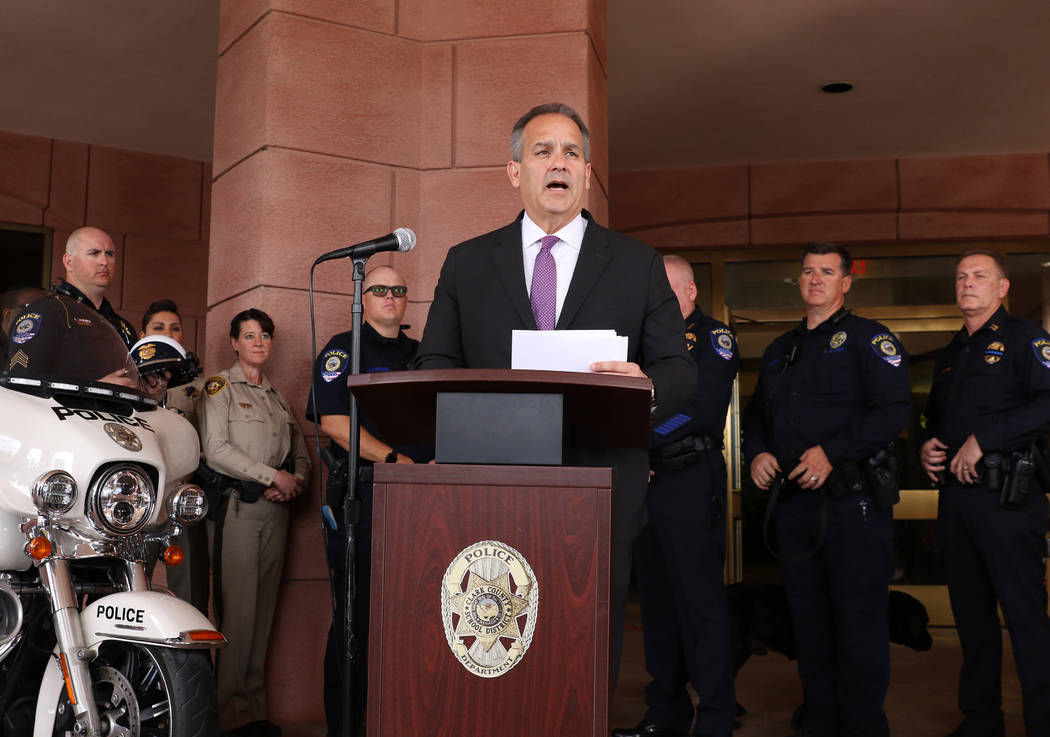 The extra effort comes after a busy year of threats against schools and guns found on campus.

Law enforcement officials confiscated 17 firearms from juveniles on campus so far this year, plus 31 B.B. and air soft guns and six firearms from adults. That was an increase from last year.

“One weapon on campus is one too many,” Superintendent Jesus Jara said at a news conference to announce the new measures. “We’re here today because this is not a school issue — this is a community issue.”

School district police Chief James Ketsaa said his force will increase the number of random weapon searches conducted at schools to at least one each day through the last day of school on May 23. Other measures will include increased police patrols and additional weapons searches by K-9 officers.

Ketsaa said that officers from the Las Vegas, Henderson and North Las Vegas police departments also would participate in the stepped-up security effort.

“We have increased the multijurisdictional presence at all of our schools,” Ketsaa said. “So you’re going to see numerous police agencies at all our schools through the next week and a half.”

Safety has been on the minds of legislators and school officials alike since the beginning of the school year.

The school year began with the arrests of two students in August — one who was found with a loaded gun, and another who allegedly threatened to conduct a school shooting.

Concerns about weapons on campus quickly escalated with the fatal shooting of a student at Canyon Springs High School just one month into the school year. In December, a district school safety panel issued 27 recommendations to improve security on campus.

The district has since enacted some of those, such as bringing trained K9s onto school grounds to sniff out guns. Officials also introduced random searches of students and their belongings this year.

The violence and threats have brought school police and Las Vegas Metro police closer together. The school district police now have an officer embedded in Metro’s gang unit, and also have an officer in Metro’s northwest area command.

But officials stressed the need for the public to be their eyes and ears over the summer months.

“Parents, please, please hear this,” said Capt. Sasha Larkin of Metro’s Northwest Area Command. “Today we’re asking and pleading with the public to stay engaged in their children and to take an active role in monitoring their children’s social media accounts and really understand what’s happening behind the scenes.”

School district officials said Wednesday’s announcement of heightened security was not in response to a threat. They said the district has taken similar steps toward the end of the school year in previous years that typically includes additional patrols.

Meanwhile in the Legislature, lawmakers have switched up an original proposal by the governor to fund school safety measures through the 10-percent marijuana excise tax. Legislators instead unveiled a bill on Tuesday that would put that money into the state’s general education fund known as the Distributive School Account.

The district is still pushing for additional funding for safety measures that would increase the number of adults on campus and upgrade facilities, Jara said.

“More adults on campus — such as school monitors, teachers, counselors, psychologists — will help us reach all our students in a unique way,” he said. “Because if we can’t reach our students, we can’t stop our community problem.”