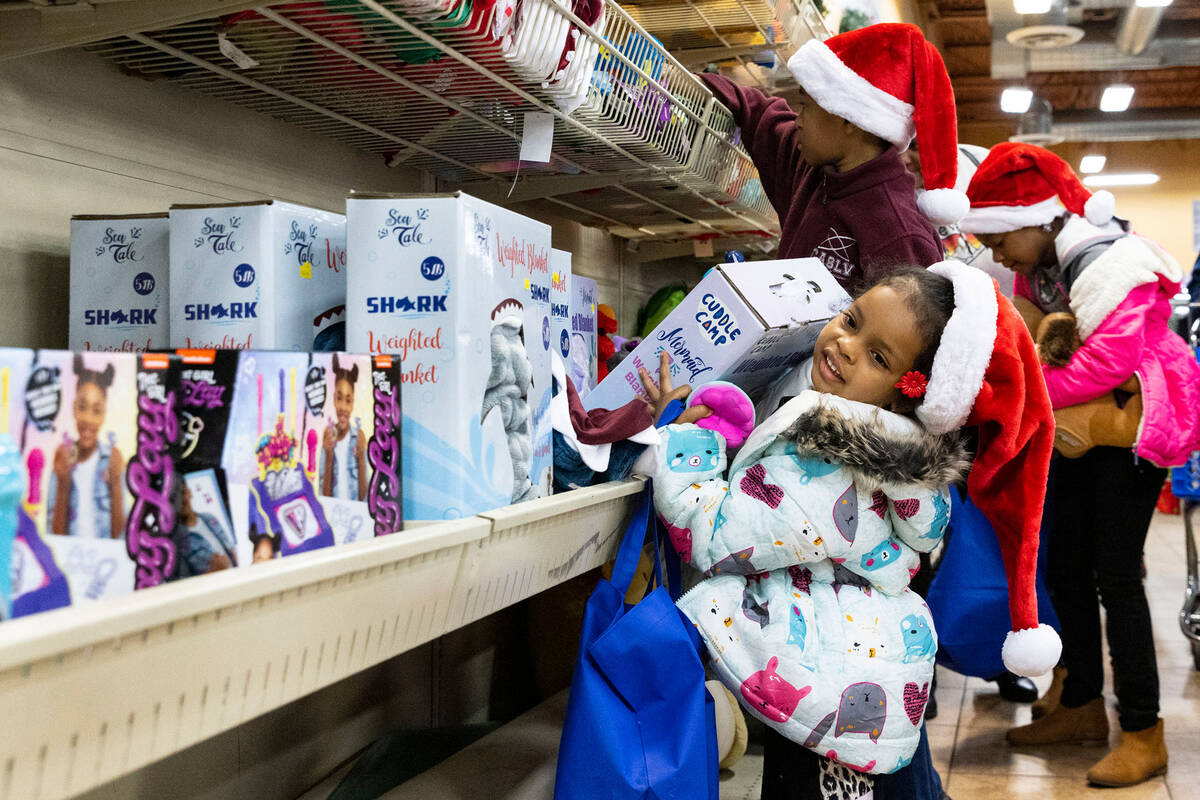 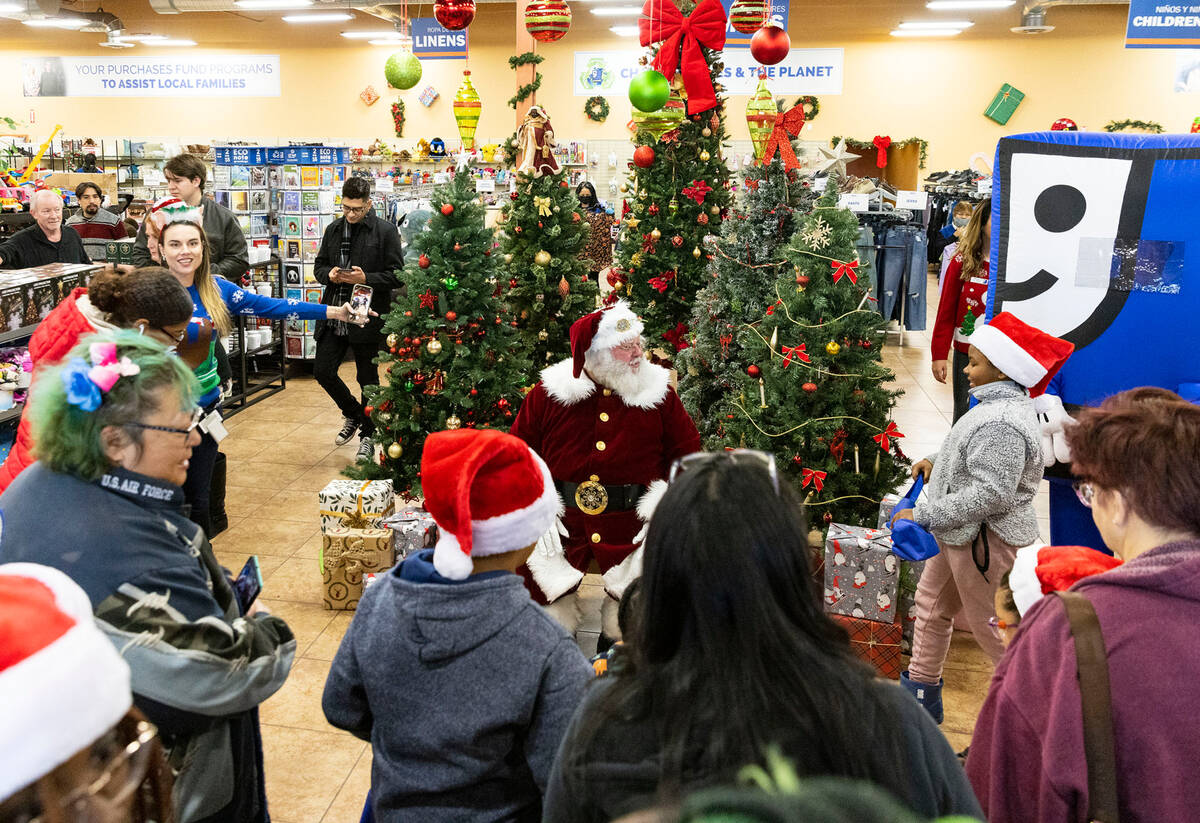 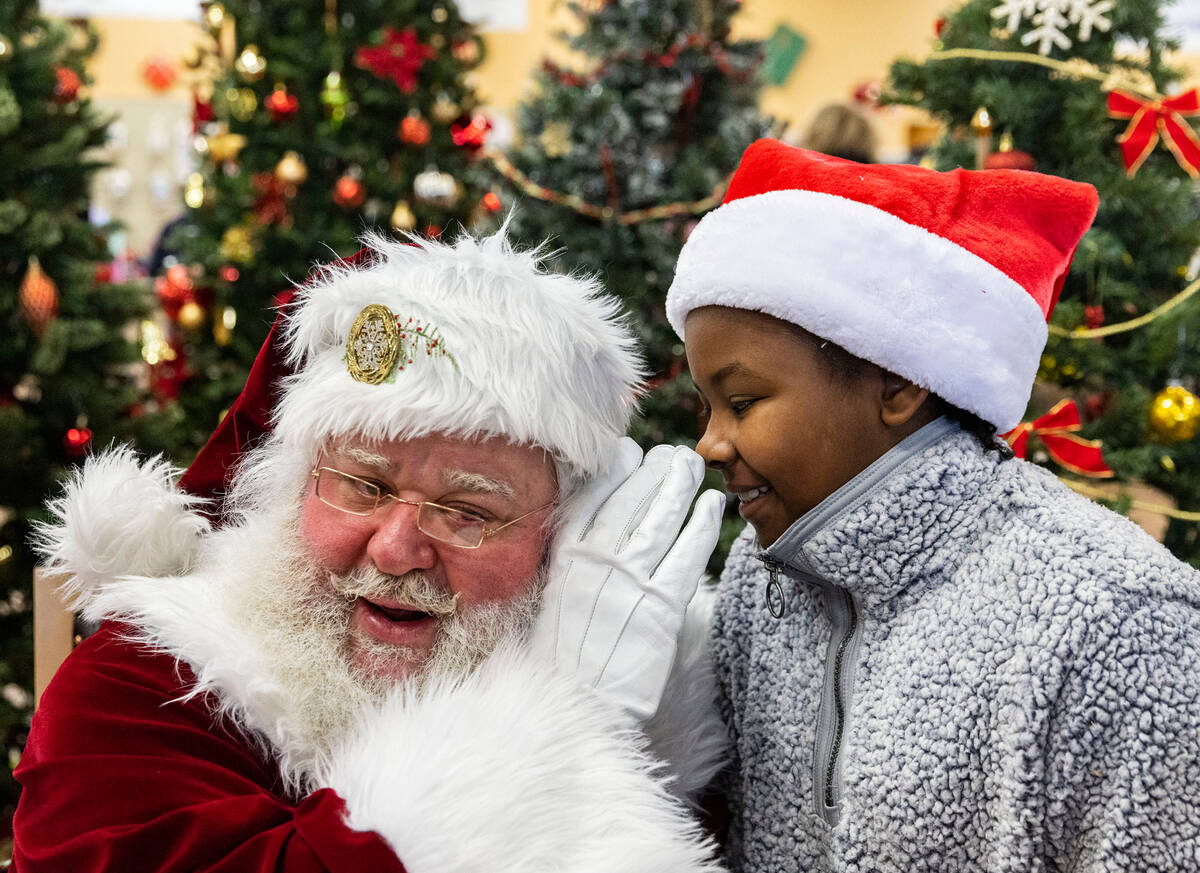 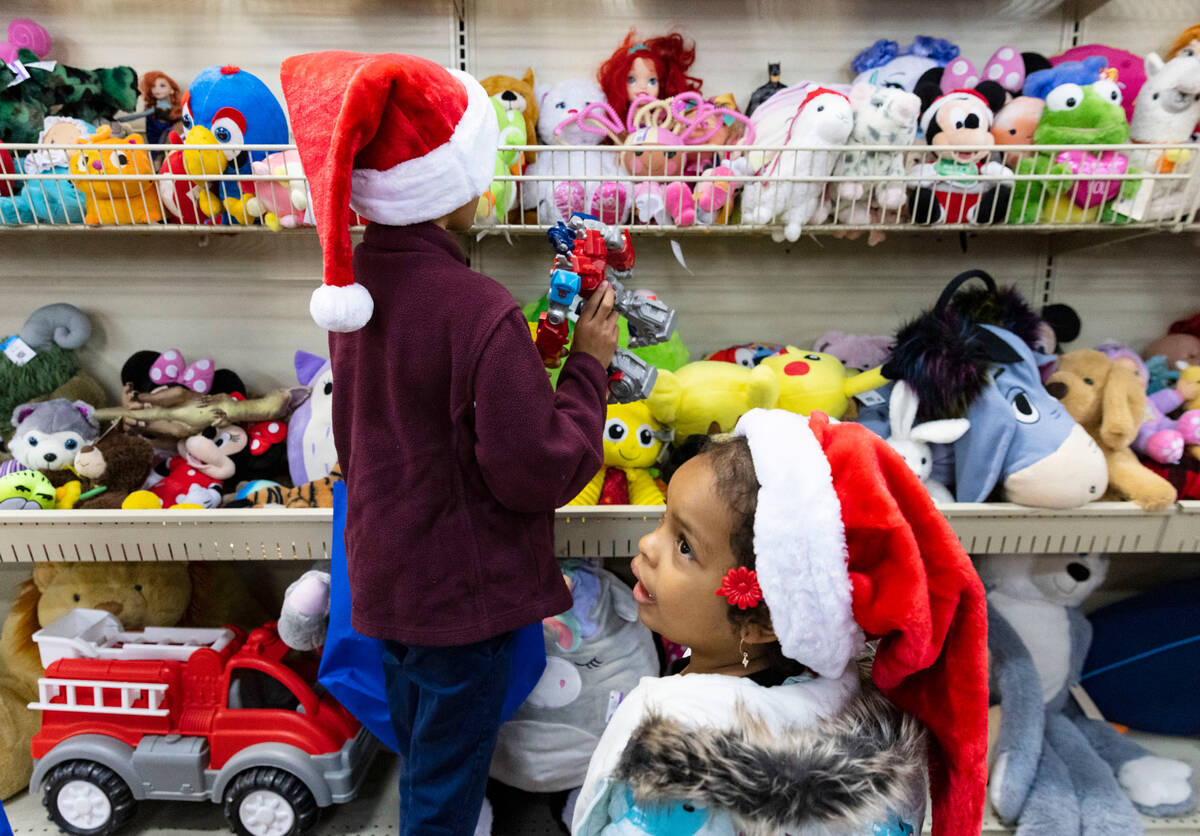 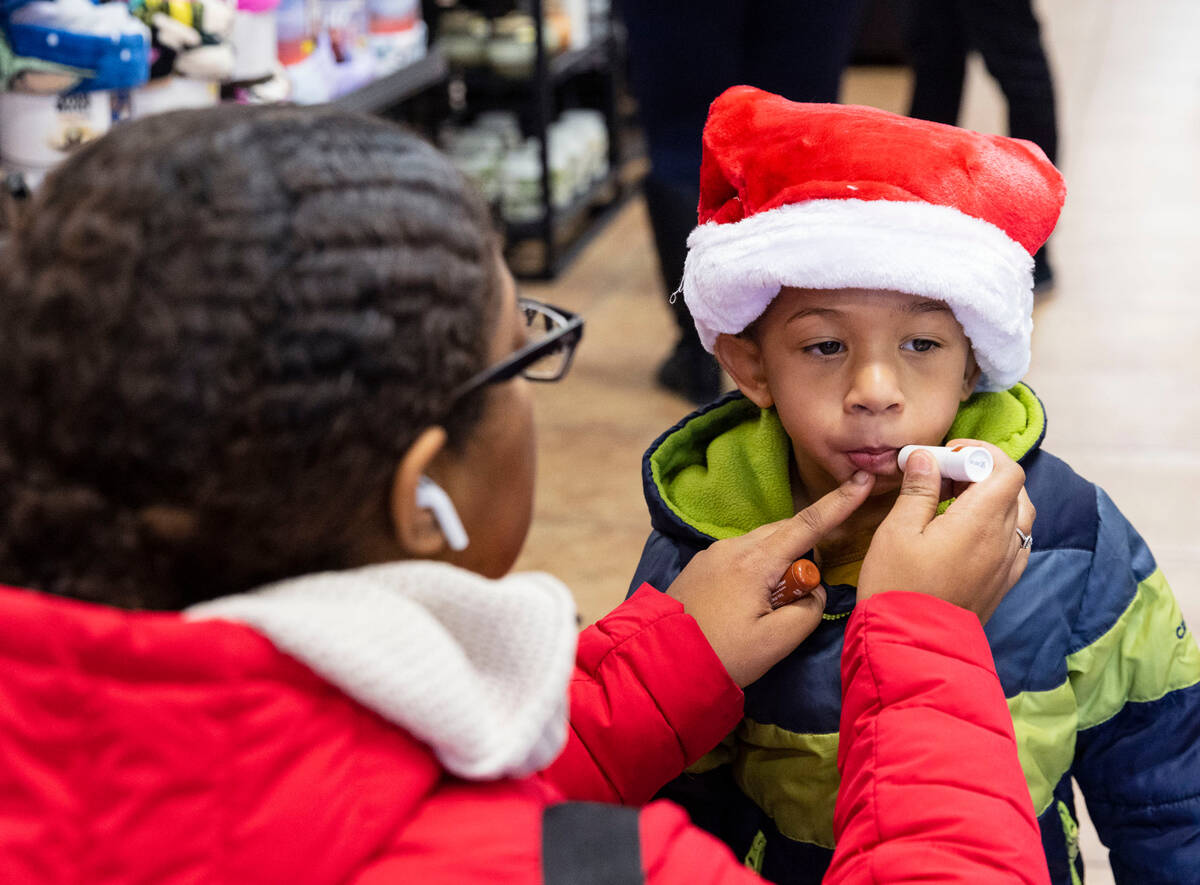 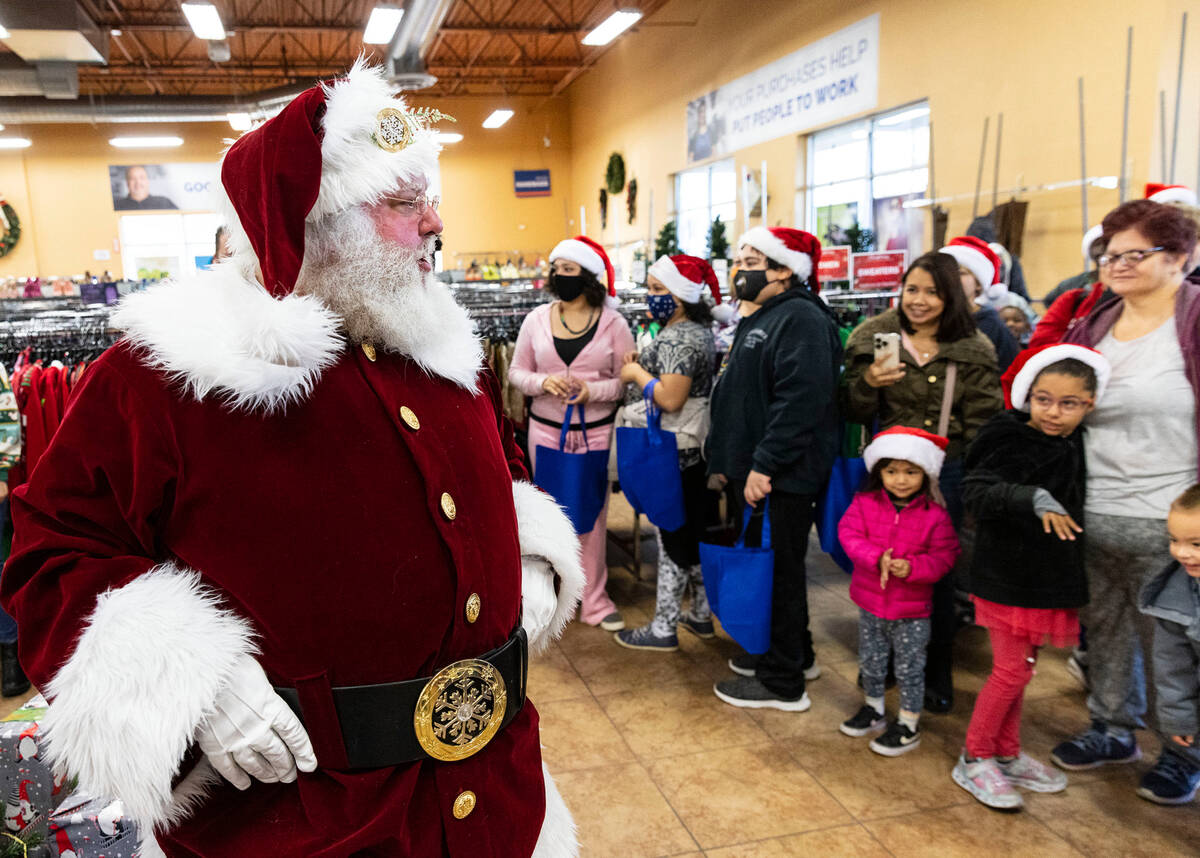 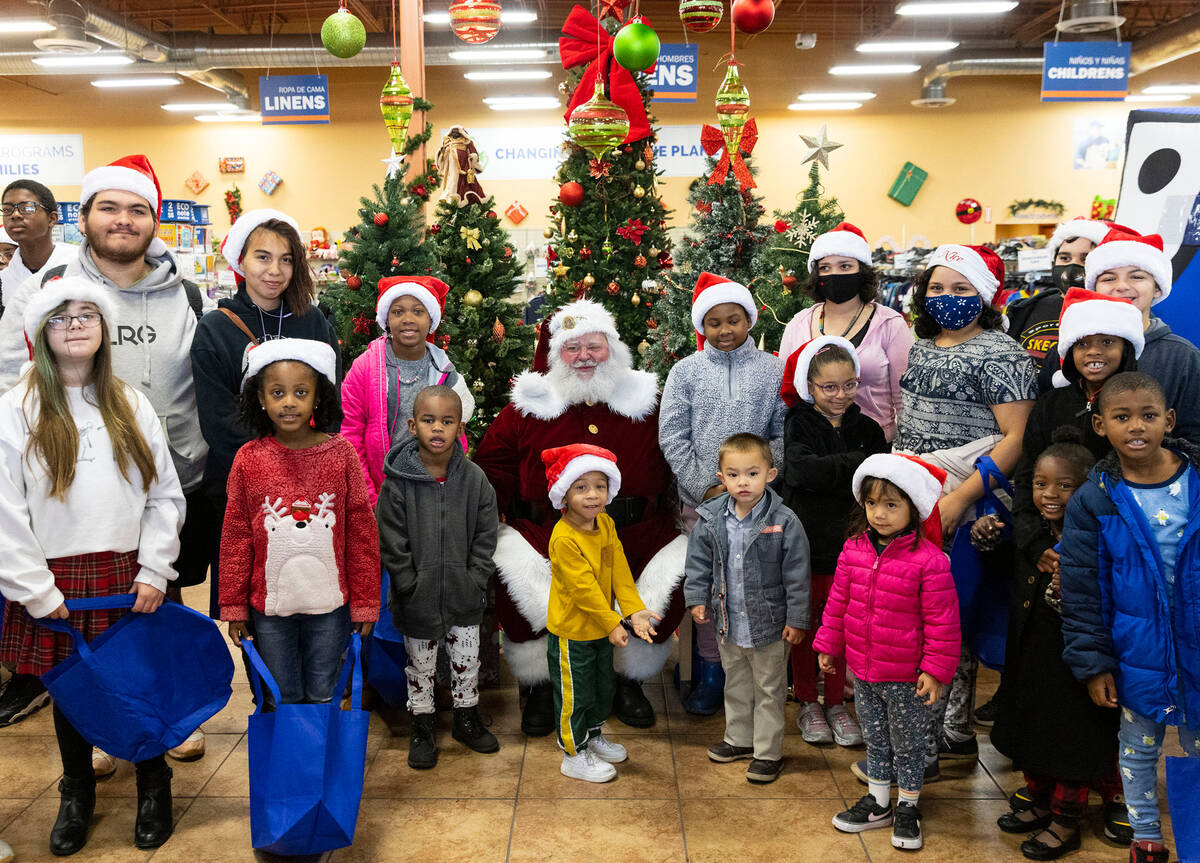 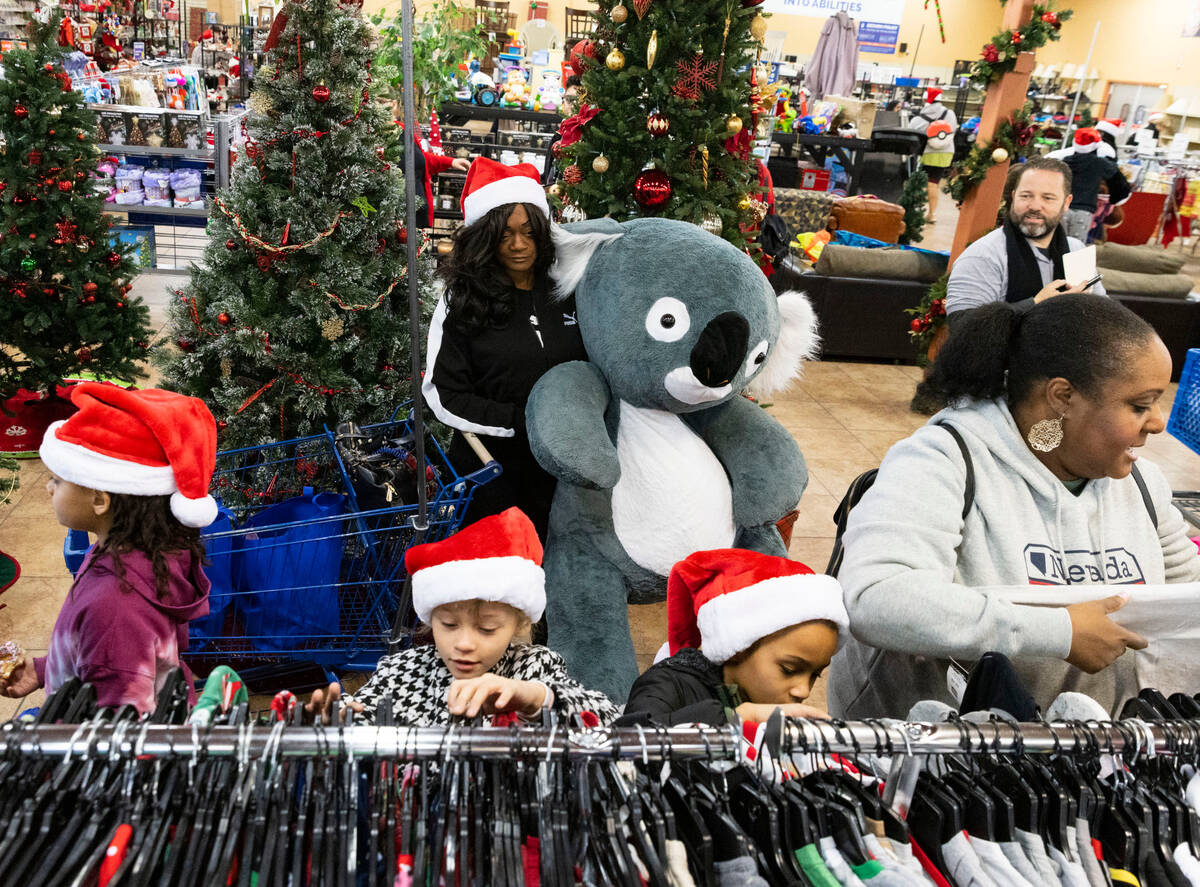 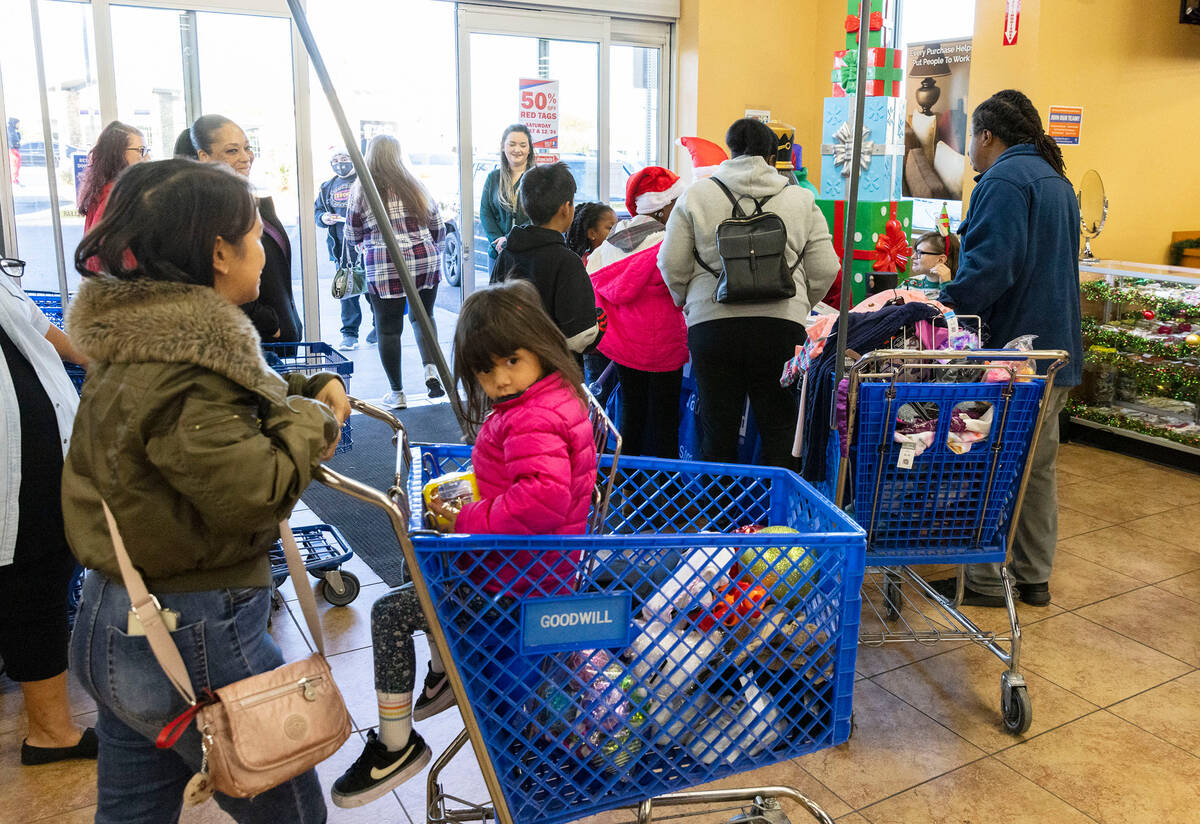 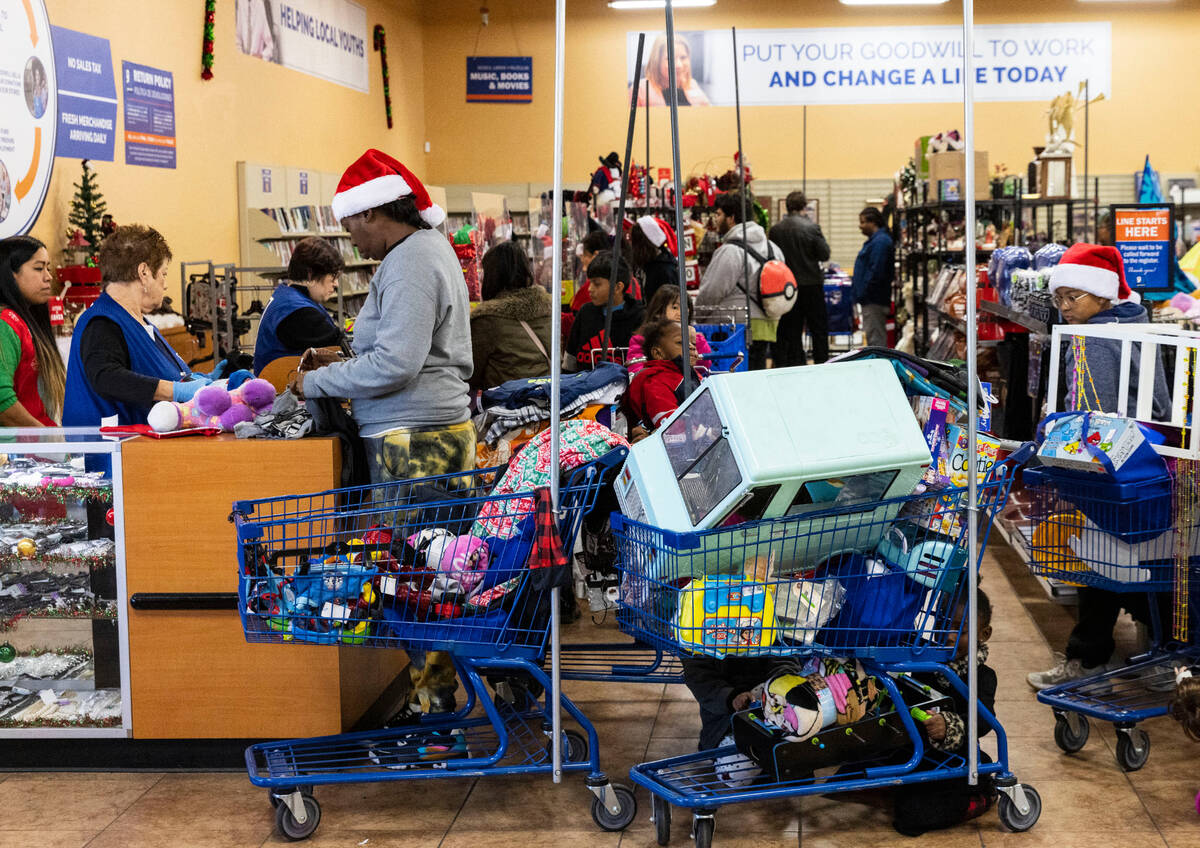 Snow fell in Henderson Friday morning just in front of the entrance to the Goodwill store on Stephanie Street and American Pacific Avenue as the nonprofit welcomed 75 children to its second annual Christmas Shopping Spree.

Families invited to the event were greeted by Santa Claus just inside the store’s entrance, and each child invited was given a $100 gift card to use within the store.

Planning for the event started with a call from Goodwill for nonprofit partners who specifically help children, because Goodwill itself doesn’t provide services for children, according to Morgan Waldron, 38, Goodwill’s director of marketing and communications.

“It’s more for our families,” said HopeLink of Southern Nevada CEO Stacey Lockhart. “That they have an opportunity, you know, especially right now to be able to come out, and let their children Christmas shop.”

Botelho has been raising her 3-year-old grandson, Ryker White, alone since her husband died of COVID-19 two years ago. She said that the challenges of today have affected everyone, not just people like her.

“It’s been tough,” said Dina Hicks, 44. “But when organizations like Foster Kinship and Goodwill come together to help the community and to help families, we can’t beat that. It’s awesome.”

Hicks and her husband, 40-year-old Robert Hicks, were there with their two daughters. The two raise their 9 and 6-year-old daughters, as well as their 8, 4 and 2-year-old nephews, who stayed home on Friday. Their older daughter, Lily, said that her favorite part of the event was buying Squishmallows to add to her collection.

Botelho spoke about what events like this mean to her as tears welled up in her eyes.

“Events like this are just a blessing,” said Botelho. “We just pray and thank everybody who invited us. It just means so much.”