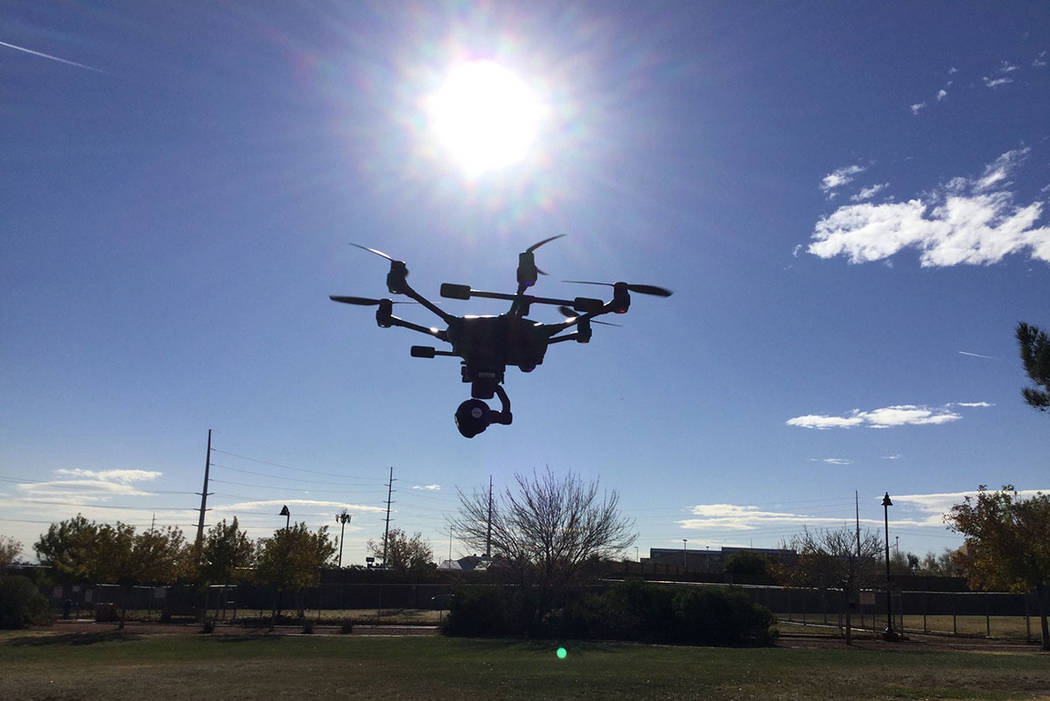 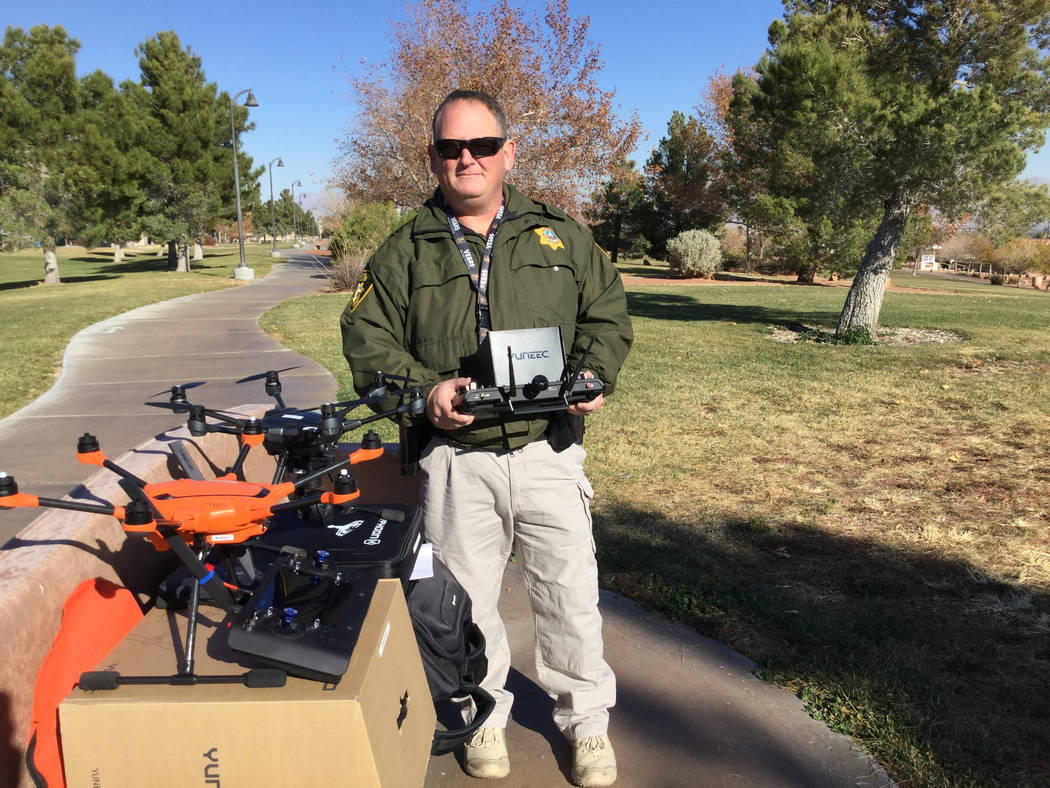 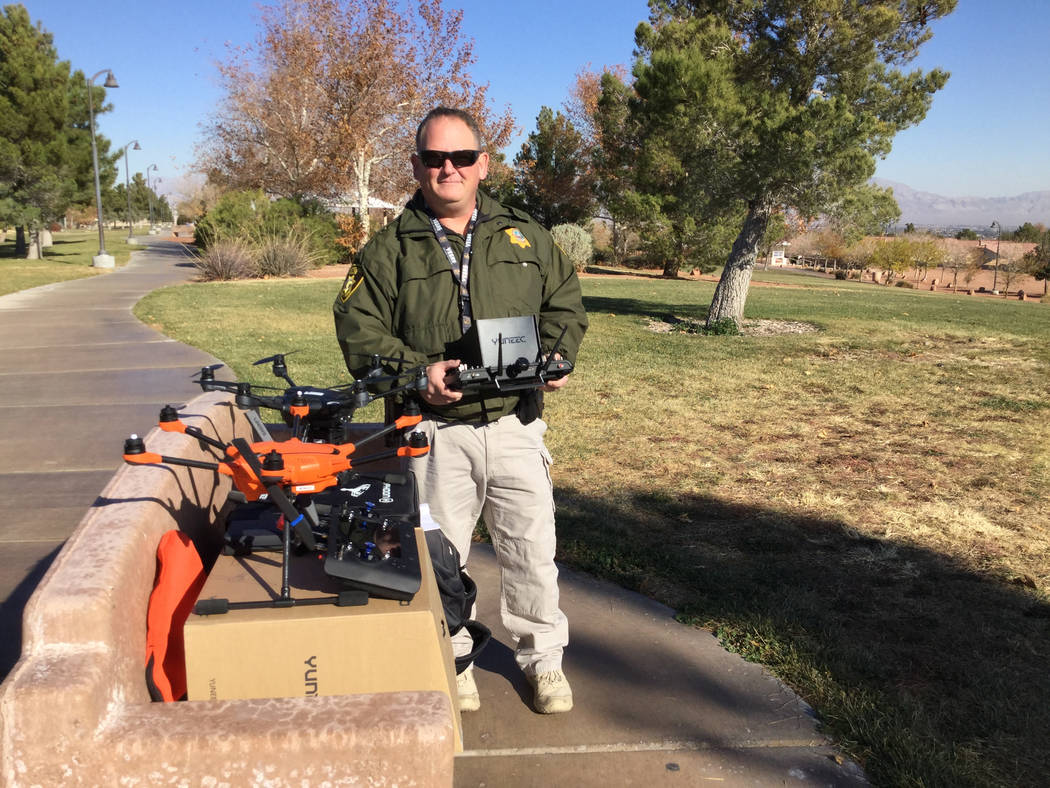 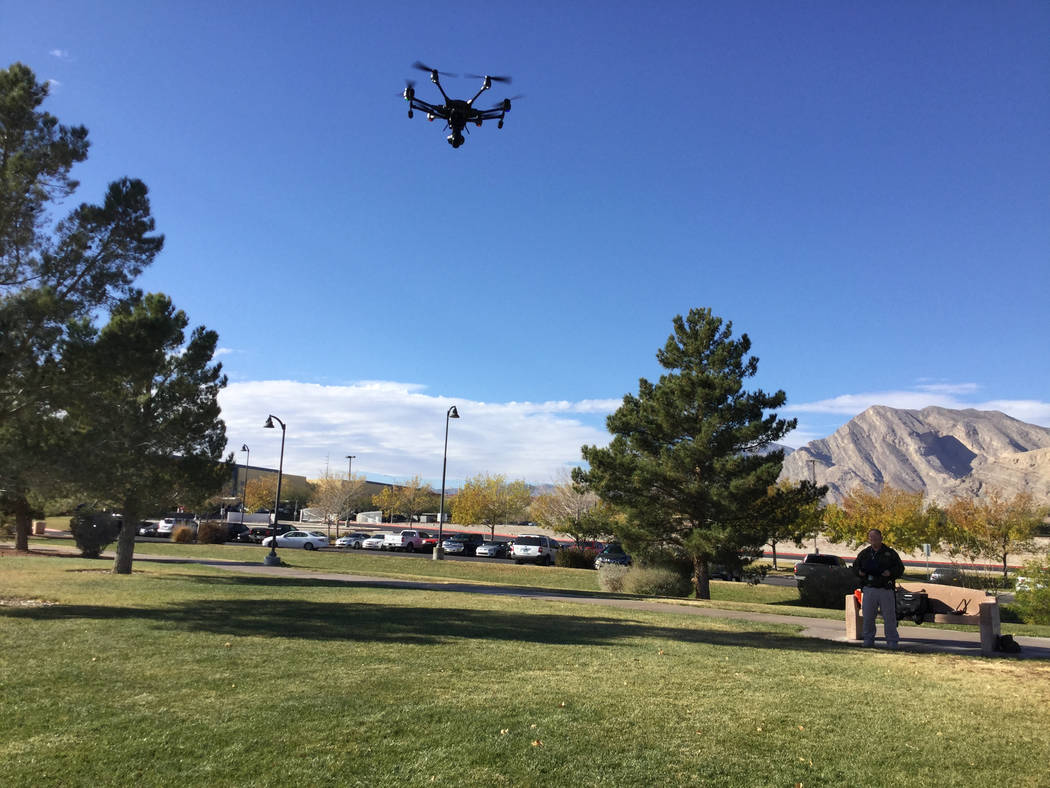 The Henderson Fire Department is getting a new perspective on its emergency response calls.

Drones will be used during fires, search and rescue, training, and hazardous materials operations, according to Ryan Turner, division chief of emergency management and safety for the Henderson Fire Department.

Having a drone in the air will give fire officials a perspective they did not have before, Turner said.

“I anticipate it going beyond what our current expectations are,” he said.

The drones will give firefighters information in real time so that they can respond faster, Henderson Fire Chief Shawn White said in a statement.

“Drones will also improve firefighter safety by allowing crews to assess a hazardous situation before entering the danger zone and putting their own lives at risk,” he said.

The aircraft will be equipped with high-definition cameras, floodlights and strobe lights to help rescuers find hikers along Henderson’s more than 180 miles of trails. Last year, the department responded to 14 calls at trails, and in 2016, the department had 17 trail response calls.

The program — kick-started by city approval of a nearly $130,000 contract last week — is part of a concerted effort to use more advanced technology in city services. Steel City Drones, the company contracted to supply the drones, will also train 15 department staff members to pilot the aircraft.

“It’s an awesome technology that definitely I hope every first responder agency would explore,” said Bryan Zink, spokesman for the volunteer group Red Rock Search and Rescue. He said the group hopes to start using drones during rescue missions next year.

Turner said his department aims to have pilots trained in the first quarter of next year, and to have drones in the air by the second quarter.

But Henderson isn’t alone in rolling out a drone program for emergency responses. The Clark County Fire Department expects to put its drones to work in about six months, according to Deputy Chief John Steinbeck, who also serves as the county’s emergency manager.

In addition to surveying fires, search and rescue and hazardous materials responses, the program is expected to help officials with investigations and damage assessment. Steinbeck said the department also looks to deploy drones with the emergency response team Nevada Task Force One.