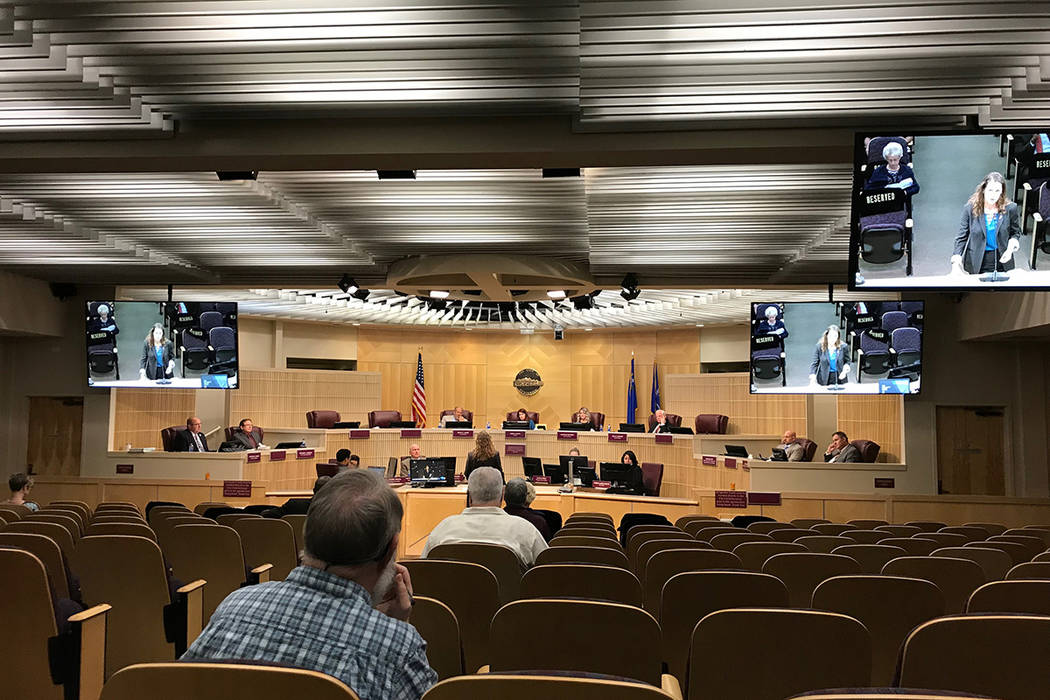 “I’m not thrilled with any of the options, obviously, because of the gun issue, but I think this is the most prudent way to proceed,” Ward 4 Councilman Dan Stewart said during the council’s committee meeting, attended by all council members except Dan Shaw of Ward 2. “We just really have no other alternatives at this point.”

The Nevada Supreme Court ruled in September that, because state law could affect a defendant’s Second Amendment rights, domestic violence is a serious enough offense to warrant a jury trial. City Attorney Nicholas Vaskov told council members the city had limited options to handle domestic violence cases in light of the ruling.

Municipalities have said they lack the infrastructure and means to conduct jury trials. State law does not authorize municipal courts to hold jury trials.

Marc Schifalacqua, senior assistant city attorney for Henderson’s criminal division, has said he does not see the ordinance as a permanent fix. He wants the state to establish clear rules and a funding source for cities to hold jury trials.

Vaskov told council members the city has a long-term goal to conduct the trials.

Pariente Law Firm attorney John G. Watkins, who worked on the case heard by the high court, has argued that cities passing ordinances that conflict with existing law is prohibited. Schifalacqua has said cities are allowed to pass legislation that already exists in state law unless doing so is specifically prohibited.

William Horne, a lobbyist for the Las Vegas-based domestic violence prevention advocacy group SafeNest, told council members his client opposes the measure because of the added danger of leaving guns in the hands of abusers.

“We understand the tight spot that municipalities are in after the Supreme Court ruling, but going backwards is not the answer,” Horne said.

Both North Las Vegas and Las Vegas are slated to take up domestic violence ordinances Wednesday.

Henderson’s law is set to take into effect Friday.

“This isn’t a perfect situation, but I think our primary goal and purpose should be to ensure the safety our residents,” Mayor Debra March said.