Two business owners listed as board members on the Friends of the Henderson Police Department Foundation also have contracts with the city.

Henderson Police Chief Patrick Moers and the foundation have come under internal investigation after Mayor-elect Debra March saw a mailer sent to local businesses in early May. The mailer included Moers’ photo and an image of a city of Henderson police badge and said in part that the foundation was “created solely to support the Henderson Police Department and our mission.”

But Thursday night the city replaced Moers, naming Deputy Chief Todd Peters as acting police chief and declining to comment on Moers’ status. City officials declined to say whether Moers had been fired or placed on administrative leave; they also would not discuss whether the move was linked to Moers and the foundation or if he was being investigated on other matters.

Moers told staff in a Feb. 14 email obtained by the Las Vegas Review-Journal that the “Friends of HPD are the only authorized fundraisers by HPD.”

Foundation board member Frank Hodulik, owner of Frank’s Auto Body Inc., has a $140,000 contract with the city for auto body repair and painting, according to Henderson’s tentative budget for 2017-18.

During Tuesday’s City Ccouncil meeting, the contract originally approved last year for $80,000 was increased by $60,000 for fiscal 2018, which starts July 1.

The reason posted on the city’s agenda item was that, “In the first year, auto body repair costs have been substantially higher than anticipated, and staff request approval to increase the annual expenditure amount of the existing contract.” The increased amount was approved without discussion.

Board member Don Ellis, owner of SNAP Towing, began a contract with the city in 2011 for “as-needed towing and impound services at request of the Henderson Police Department.”

The vehicle owners pay the invoices, according to the contract set to expire June 30. It’s unclear what towing and impound services the company provides or how much money it makes under its deal with the city.

“I don’t think there’s a conflict of interest with me having a contract with the city and being on the foundation’s board,” Ellis said. “I’m not looking for any benefits. My father started this company, and we’ve been around for some time. I’m just looking to help the city.” 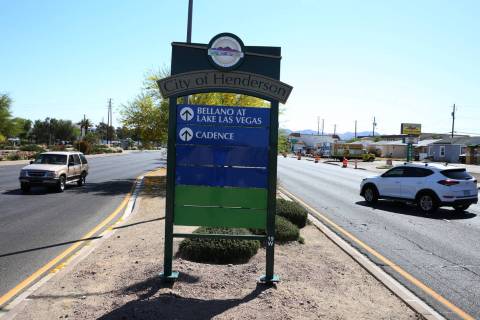 A Henderson group hired former Nevada Lt. Gov. Mark Hutchison to call on officials to put off considering items related to a proposed arena during the coronavirus crisis.

A civil rights organization filed a federal lawsuit that seeks the release of two “medically vulnerable” men who are being detained by immigration officials in Henderson.

Lou La Porta, who served on the Henderson City Council and Clark County Commission and was a founding member of the Henderson Historical Society, died Monday. 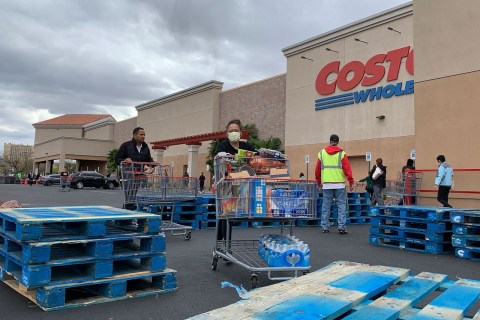