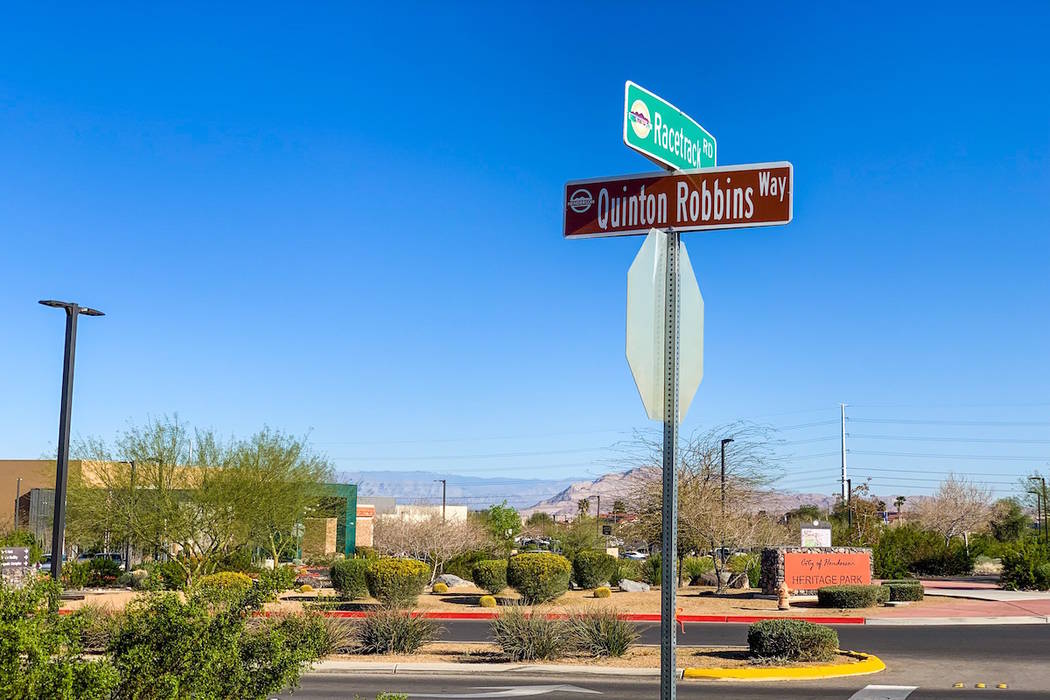 Quinton Robbins, the second youngest of the 58 killed in the Route 91 Harvest festival massacre, had street leading into Heritage Park in Henderson designated in his name. (Mick Akers/Las Vegas Review-Journal) 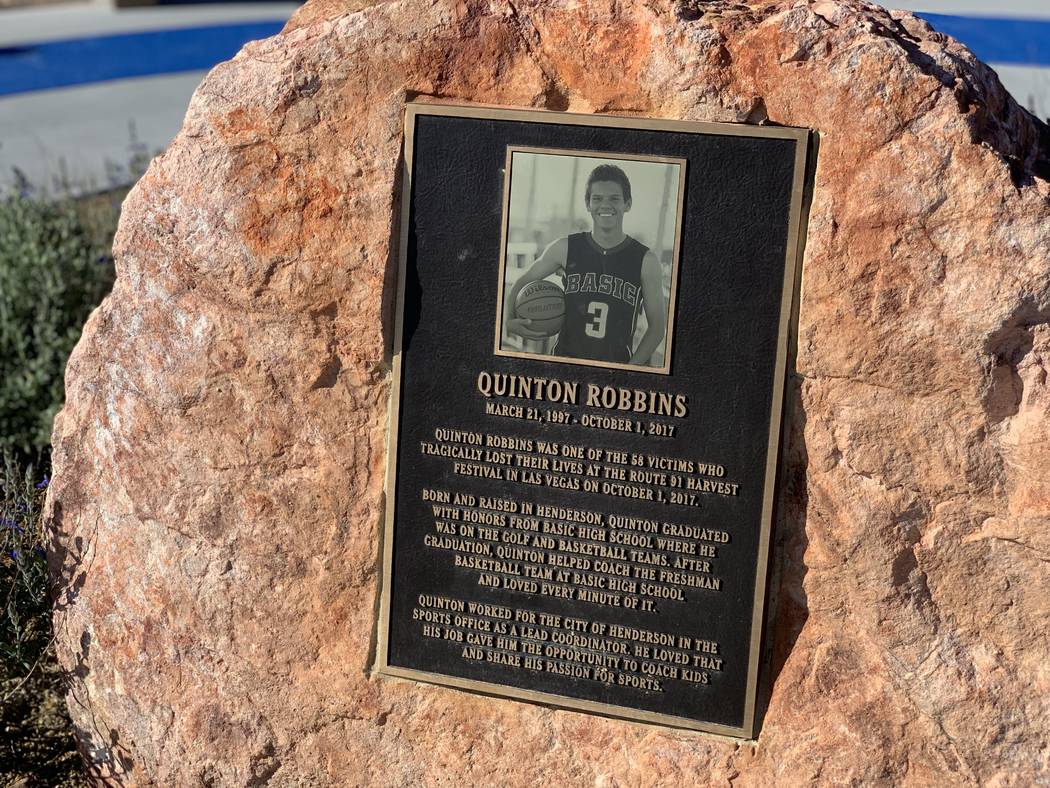 Quinton Robbins, the second youngest of the 58 killed in the Route 91 Harvest festival massacre, had an area of Heritage Park in Henderson designated in his name. (Mick Akers/Las Vegas Review-Journal) 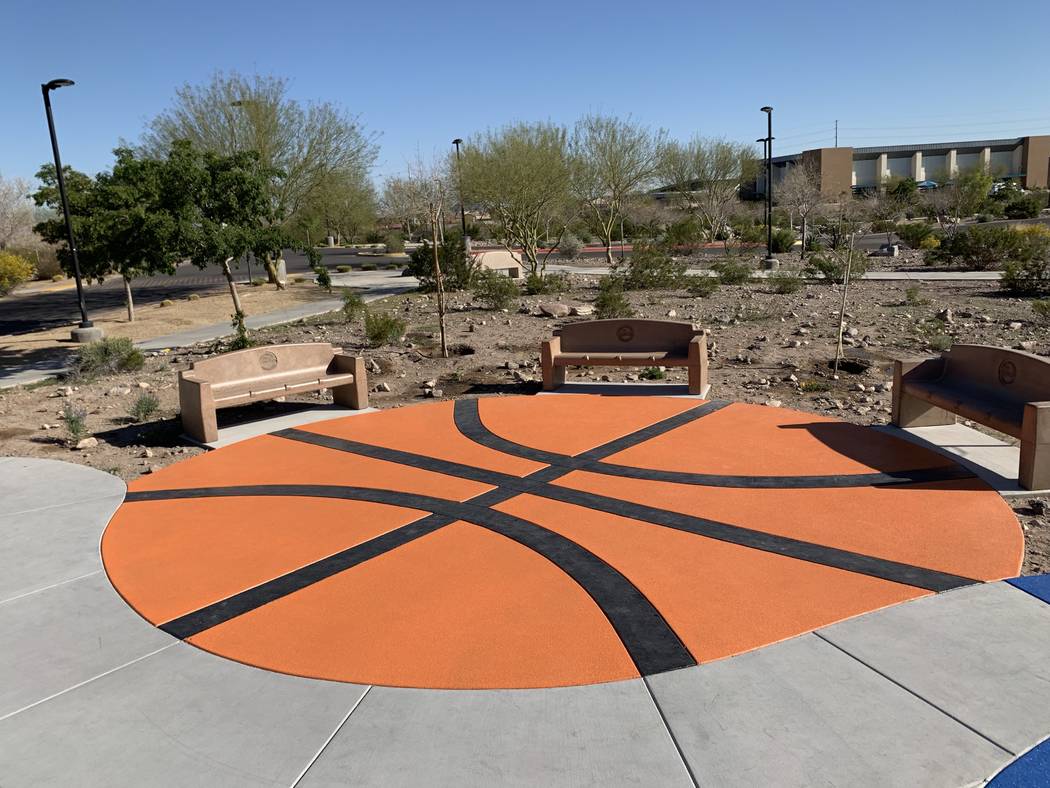 Quinton Robbins, the second youngest of the 58 killed in the Route 91 Harvest festival massacre, had an area of Heritage Park in Henderson designated in his name. His love of basketball was incorporated in Q's Court. (Mick Akers/Las Vegas Review-Journal)

Despite being the second youngest of the 58 victims who lost their lives in the Route 91 Harvest festival massacre, Quinton Robbins is leaving a legacy far beyond his years.

Last week, Henderson unveiled a pair of dedications in honor of Robbins at Heritage Park, located near where Robbins lived. A street and an area of the park were both named in his honor.

The celebration took place on March 23, two days after what would have been Robbins’ 22nd birthday.

As park-goers arrive at the park from Racetrack Road, they will enter on Quinton Robbins Way, which leads into the park where Q’s Court is located. Q’s was one of Robbins nicknames.

“Q’s Court is a peaceful outdoor area for meditation and reflection,” a Henderson release said. “Q’s Court is a place for retreat from the daily stresses of life or to pay honor to the victims and survivors of 1 October.”

The dedication event included friends and family of Robbins planting eight trees in Q’s Court, according to the city.

Robbins has deep ties to the area, as he was born and raised in Henderson and was a dual-sport athlete, playing both basketball and golf, at Basic High School, which sits just behind Heritage Park.

His passion for sports is evident at the Heritage park memorial, as a basketball is painted on one of the circular areas of concrete inside the courtyard with his namesake.

After graduating from Basic in 2015, Robbins went on to become an employee at Henderson’s sports office and help coach the team of one of the sports he loved at his alma mater.

“Quinton helped coach the freshman basketball team at Basic High School and loved every minute of it,” reads the plaque on a boulder in the middle of Q’s Court, featuring Robbins smiling and wearing his Basic basketball team uniform. “He loved that his job gave him the opportunity to coach kids and share his passion sports.”