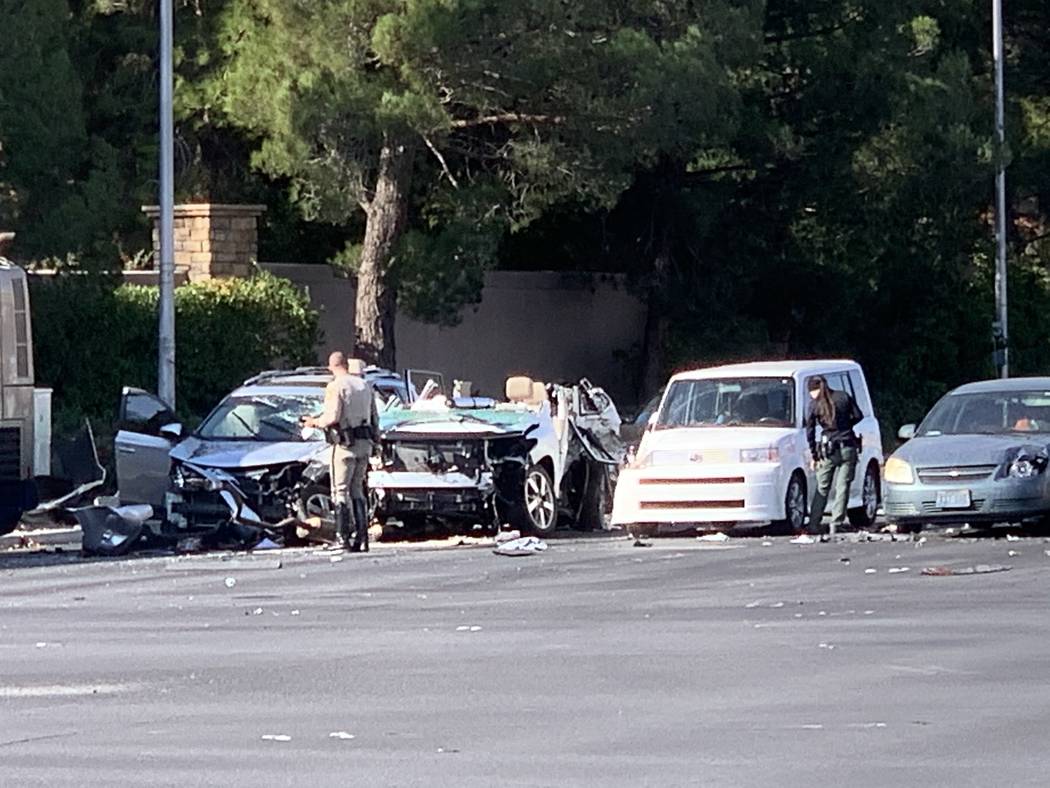 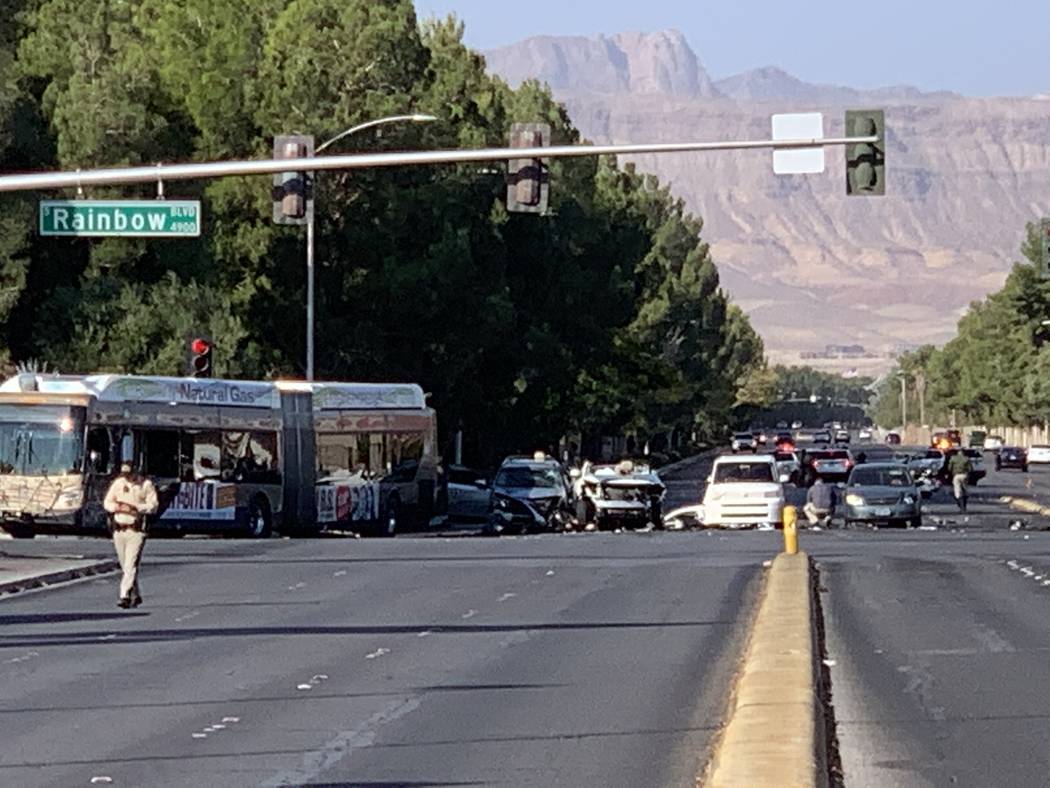 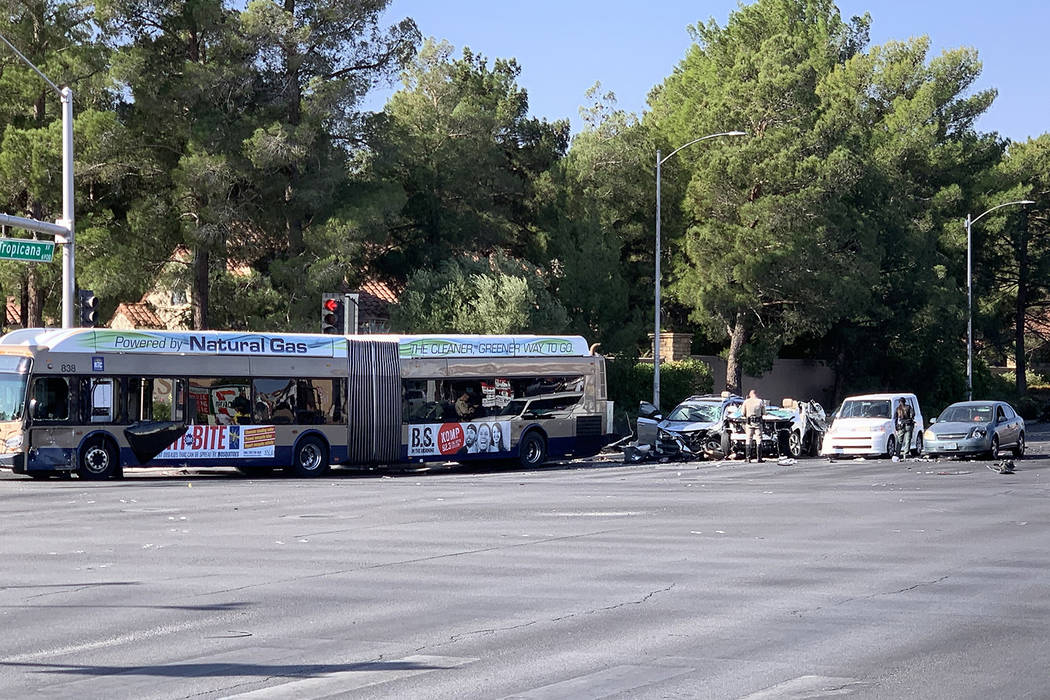 A man is dead following a seven-vehicle crash involving a bus Sunday morning in the central Las Vegas Valley.

The crash occurred at 7:54 a.m. near Tropicana Avenue and Rainbow Boulevard, according to the Metropolitan Police Department. A 2014 Toyota Avalon was traveling west on Tropicana and ran a red light at the intersection with Rainbow at a high rate of speed and collided with a 2013 Nissan Pathfinder traveling south on Rainbow. The Nissan “was forced airborne and into a roll,” according to a Metro release sent Sunday night.

The Nissan collided with three other vehicles, causing one of those to hit the side a Regional Transportation Commission bus. Debris from the crash struck another car stopped at the intersection.

The Nissan’s driver, a 65-year-old man, and its passenger, a 66-year-old woman, were transported to University Medical Center in critical condition, the release said. The man died at the hospital, and the woman remained critical Sunday night.

The Toyota’s driver, Kevin Raspperry, 34, of Henderson, showed signs of impairment and was arrested, the release said. He is being held without bail at the Clark County Detention Center on charges of DUI resulting in death and substantial bodily harm, jail records show.

Raspperry has a court appearance set for Monday morning.

Two other people in the crash were treated for minor to serious injuries and released, police said.

The crash marked the 86th traffic death investigated by Metro this year.

The Clark County coroner’s office will identify the deceased after his family is notified.

“The issue here is the decision somebody made to drive after drinking,” police Capt. Jason Letkiewicz said. “It’s unacceptable that people continue to make this decision to drive drunk.”

As Halloween parties are occurring this week and the holiday season kicks off, Letkiewicz urged people plan ahead on transportation options.

“We want people to go out and celebrate,” he said. “This is the time of year where there are lots of parties for lots of different reasons; we have no problem with that whatsoever. But plan ahead. There’s cabs, Lyft, Uber, designated drivers. Make the plan before you go, and then get a ride home.

“Don’t put yourself and everybody else around you at risk.”