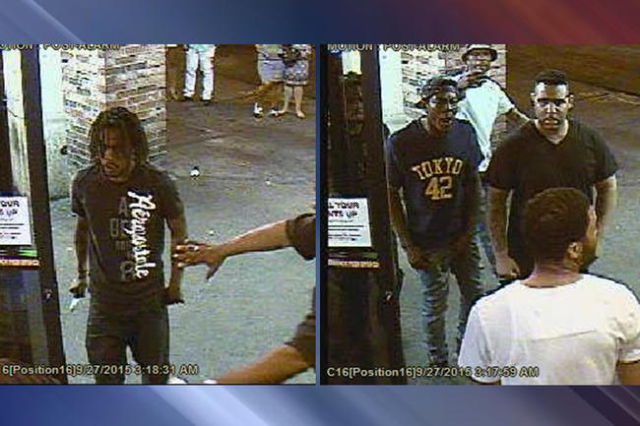 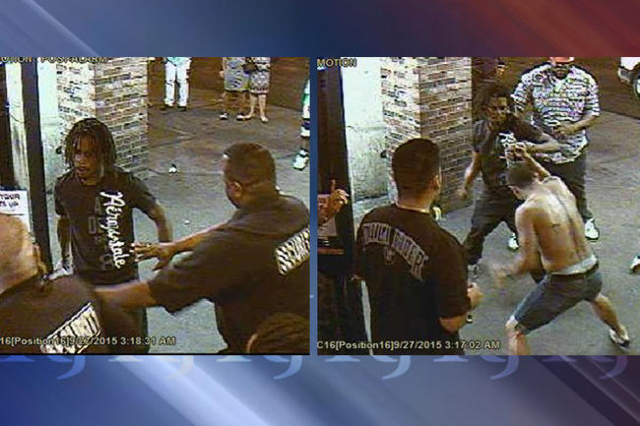 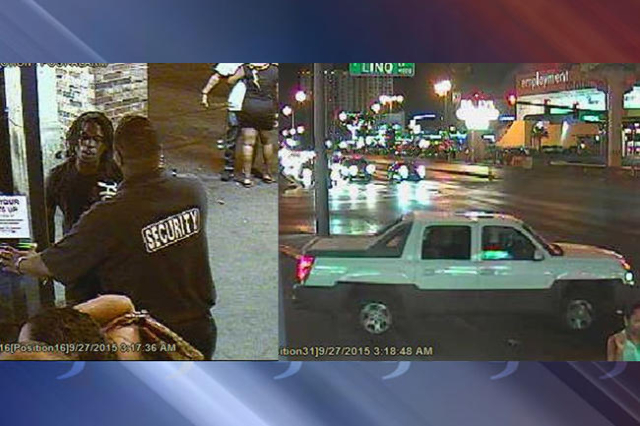 Three men are being sought by Metro in connection to a shooting near The Linq in September.

The male victim, who was shot in the leg, recovered at a hospital, police said.

First responders were called to the scene about 4 a.m. on Sept. 27.

The shooting stemmed from a sidewalk fight among four men, police said. One of the men brandished a knife when on-site security arrived to break up the brawl.

As three men left together, one of them fired rounds from a white Chevrolet Avalanche, striking a man, police said.

The three men in the Avalanche, believed to be a 2002 to 2006 model, were described by Metro as being African-American and in their 20s.

The man with the knife stands about 6 feet tall and weighs about 160 pounds, police said. He wore a black “Aeropostale” T-shirt and blue jeans.

The second man also stands about 6 feet tall and weighs about 160 pounds, police said. He wore short hair, a goatee, a black T-shirt and blue jeans.

The third man stands about 5 feet 9 inches and weighs about 230 pounds, police said. He wore a blue T-shirt with “Tokyo 42” printed on it, and blue jeans.

Anyone with information about this incident can contact the Metro at 702-828-3204. To remain anonymous, contact Crime Stoppers at 702-385-5555 and www.crimestoppersofnv.com.