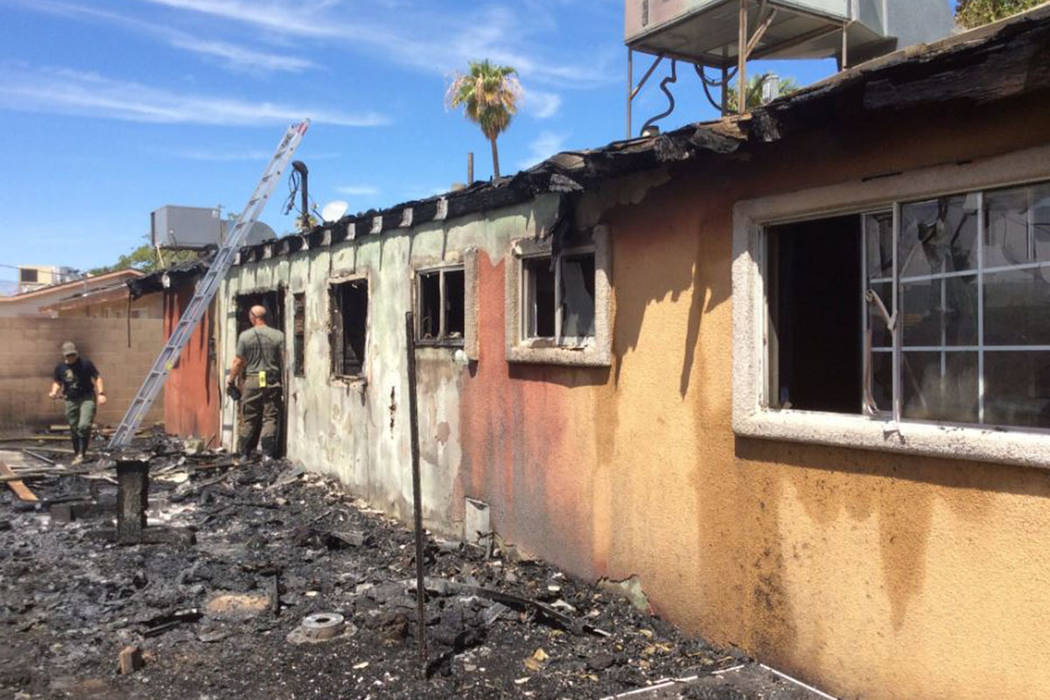 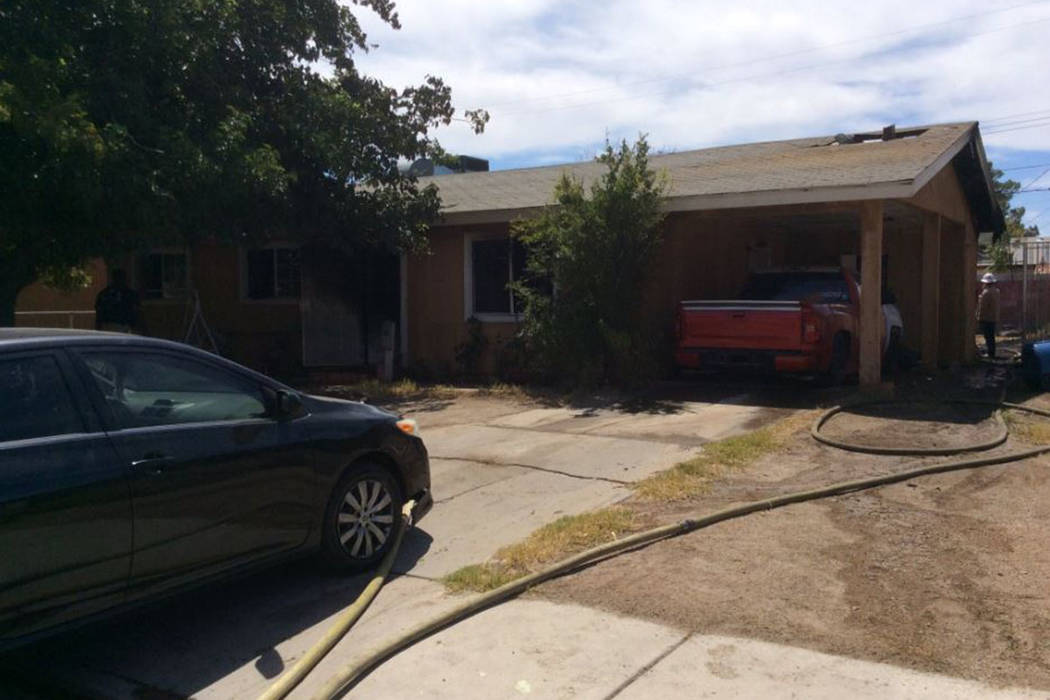 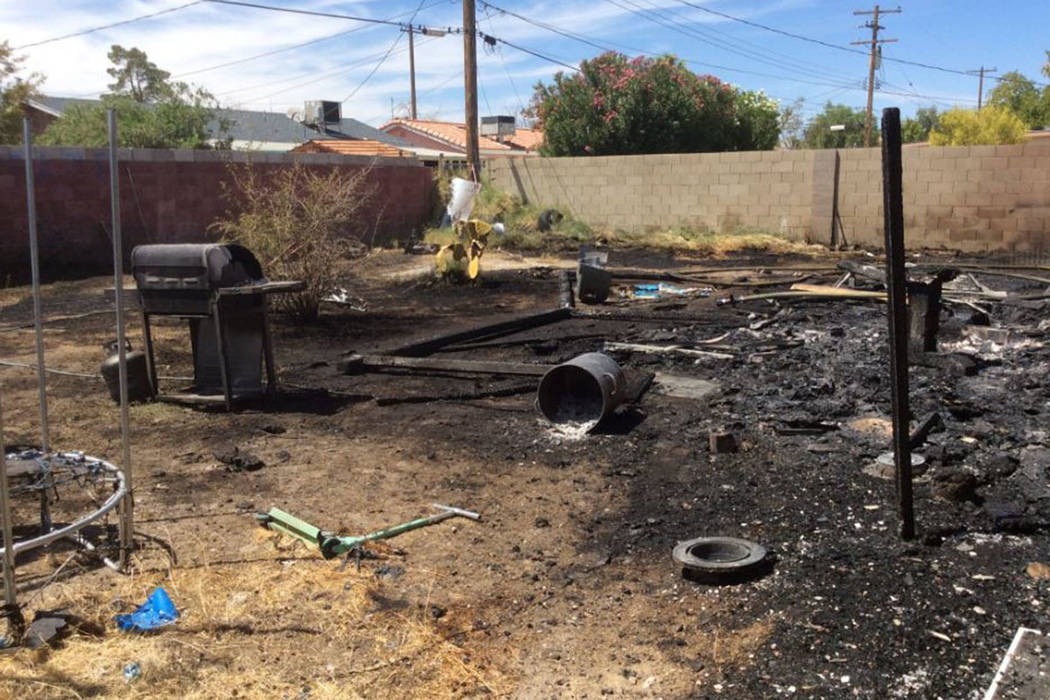 Four people were displaced Sunday after a fire at a central Las Vegas Valley home.

About 10:30 a.m. firefighters were called to reports of a fire at a home on the 2300 block of Willoughby Avenue, near North Eastern and East Washington avenues, Las Vegas Fire Department spokesman Tim Szymanski said.

The fire appeared to start in a patio area at the one-story home, Szymanski said. Firefighters had the blaze under control within 30 minutes. No injuries were reported.

Szymanski said the Red Cross of Southern Nevada was called in to assist three adults and one child who were displaced.

Damage was estimated to be $75,000. The cause of the fire is still under investigation.