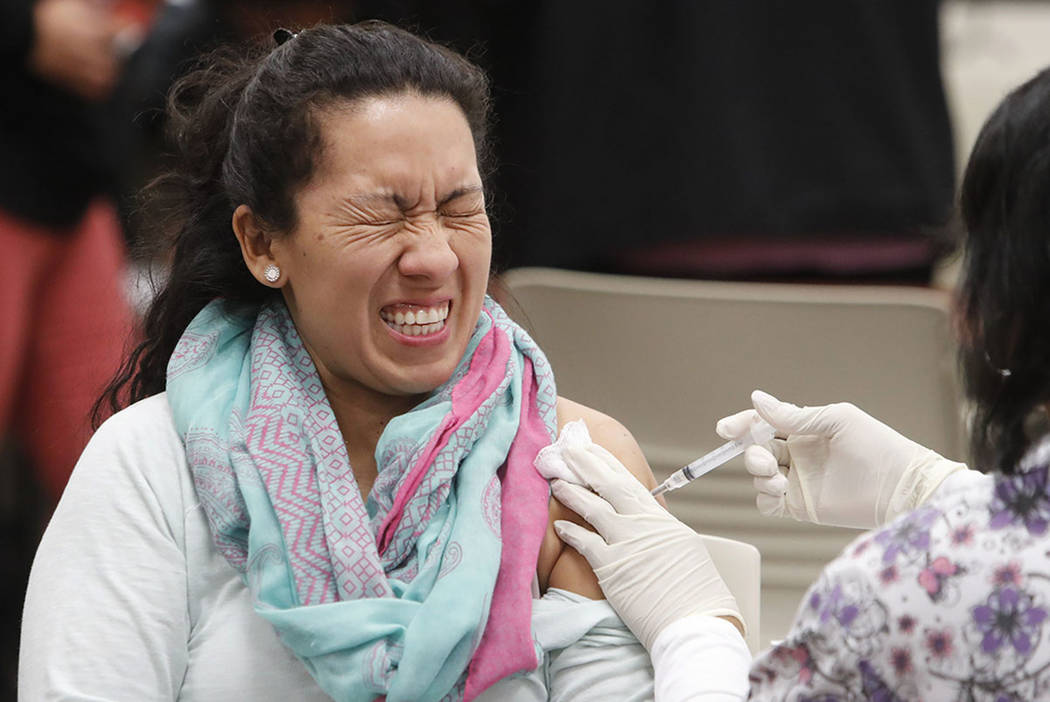 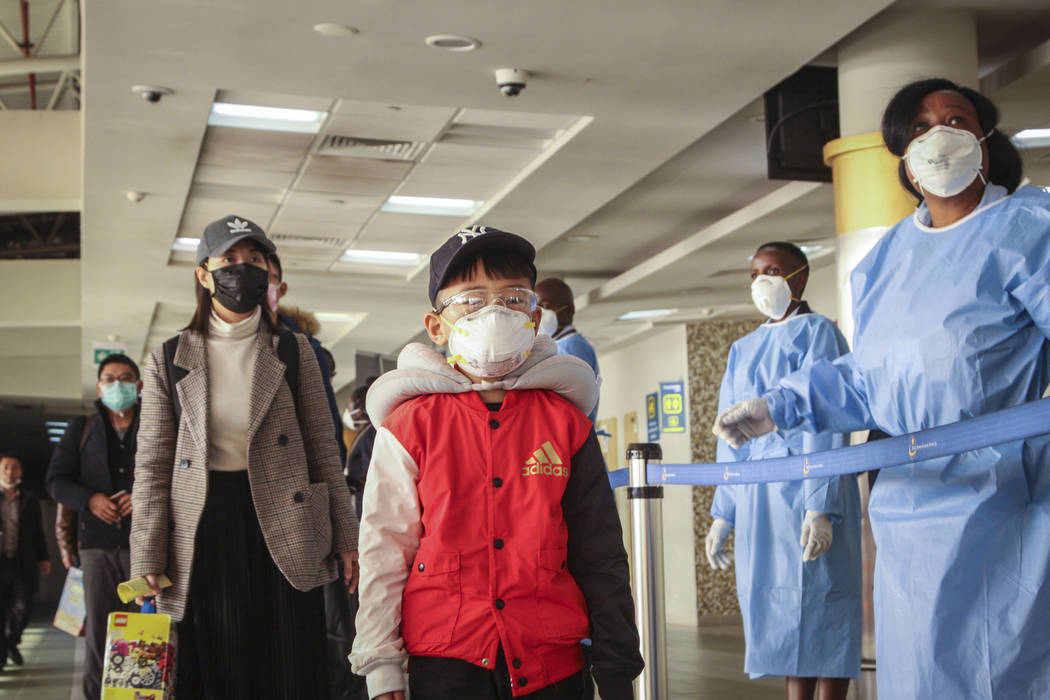 Passengers arriving from a China Southern Airlines flight from Changsha in China are screened for the new type of coronavirus, whose symptoms are similar to the cold or flu and many other illnesses, upon their arrival at the Jomo Kenyatta international airport in Nairobi, Kenya Wednesday, Jan. 29, 2020. (AP Photo/Patrick Ngugi)

The world is reeling from a new coronavirus that has sickened nearly 10,000 people globally, including six in the U.S., and killed more than 200 people in China where the virus originated.

Meanwhile, strains of another deadly virus already have made an estimated 15 million people sick in the U.S. alone, causing approximately 140,000 hospitalizations and 8,200 deaths so far this season, according to the Centers for Disease Control and Prevention.

In just Clark County, strains of this older and more familiar virus have caused 820 hospitalizations this season and 11 deaths, including that of a child, according to the Southern Nevada Health District.

The culprit is the flu, the risk from which is often underestimated as a result of its sheer ordinariness, health authorities say.

“Most of us really don’t worry about the flu,” said psychologist Lynn Bufka with the American Psychological Association. “We know what the flu is. We expect it every year.”

In contrast the new coronavirus, which the World Health Organization on Thursday declared a global health emergency, is a novel disease about which much is still unknown, which understandably creates anxiety. For most people in the U.S, however, it’s “pretty unlikely that they’ll be exposed to the virus,” said Bufka, the association’s senior director for practice, research and policy.

“Be more concerned about the flu,” she advised

That said, public health authorities aren’t downplaying the seriousness of the new coronavirus from China.

In Las Vegas, public health authorities announced Wednesday that the first possible case of coronavirus in a Clark County resident was under investigation. The resident, who is in isolation with mild symptoms at an undisclosed local hospital, had returned earlier this month from Wuhan, China, the epicenter of the outbreak.

Clinical specimens from the Clark County patient have been collected and sent to the CDC, where laboratory testing in the coming days will determine whether the illness is actually the new coronavirus or something else.

But at the same time, local health authorities and health care providers are urging people to better protect themselves against the flu. Unlike the coronavirus, for which there is no vaccine, people can get vaccinated against the flu, said Dr. Judith Ford, medical director of clinical quality for HealthCare Partners Nevada.

Yet at a time when residents have stripped drug store shelves of face masks to protect against the coronavirus, the flu vaccination rate for adults in Nevada is just 34 percent — the worst in the country, according to the CDC.

“For both, the recommendations are the same,” Bufka said. “Wash our hands regularly. Don’t touch our faces after shaking hands with other people or after sneezing. Stay home if we’re sick.”

“Those are good practices that we all can do,” she continued.

Ford echoed the recommendation of practicing good hygiene. “I know it’s super boring,” she said, but offers protection against viruses both old and new.