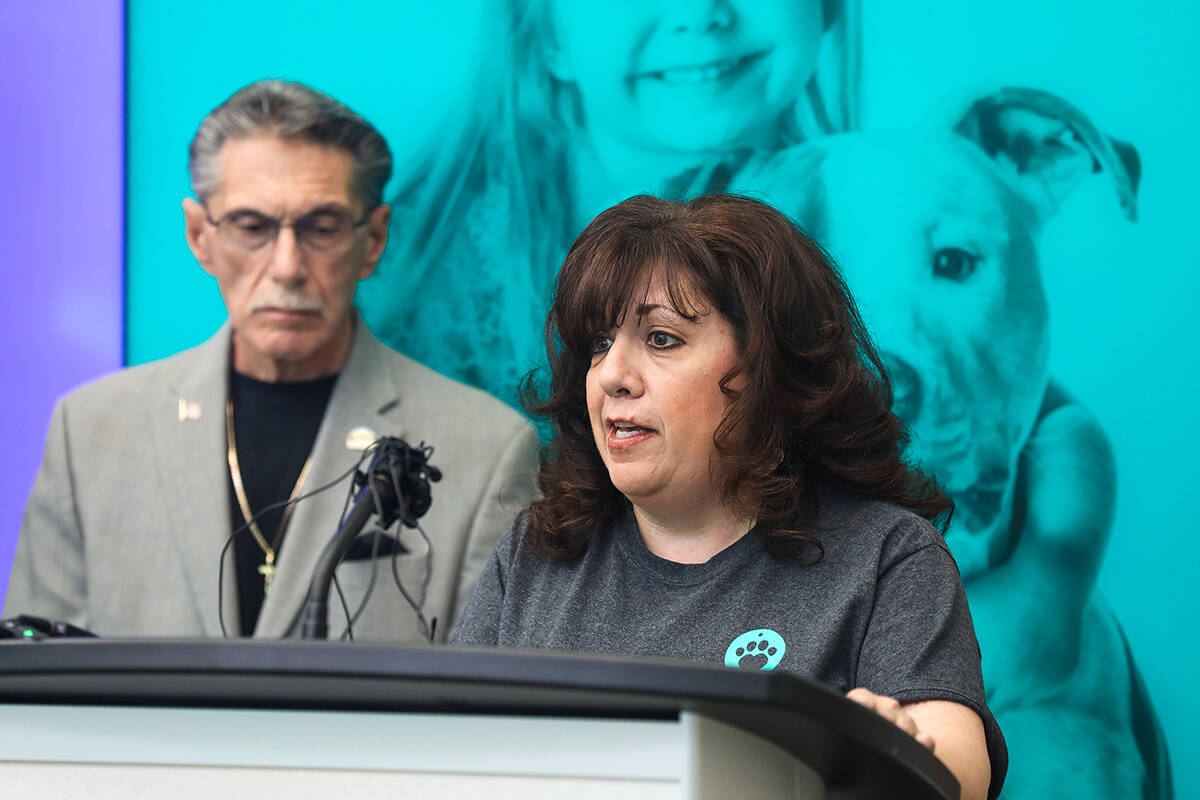 The Animal Foundation has paused adoptions of dogs after more than a dozen became symptomatic of a respiratory illness.

No dogs will be adopted, transferred or fostered while the foundation investigates, spokesperson Kelsey Pizzi said Tuesday.

Sixteen dogs were symptomatic and were given antibiotics for the unnamed respiratory illness. No animals have been euthanized as a result.

“There is an inherent risk in sheltering stray animals because, as an organization, we often know very little about them,” the Animal Foundation wrote in a statement Monday.

The foundation at 655 N. Mojave Road was forced to close its lost-and-found lobby Sept. 25 after eight staffers from the intake team resigned, CEO Hilarie Grey said at a news conference the next day.

Grey and other leaders repeatedly referred to the current state at the shelter as a “crisis,” and they called on community members to volunteer and temporarily foster animals.

The employees who quit wrote that they decided to leave because of staff shortages, high turnover, low wages, “struggle for space” and “the amount of times we have gone without any help despite asking,” according to a resignation email that named the eight staffers.

The city of Las Vegas is scheduled to discuss the shelter at a meeting Oct. 19.