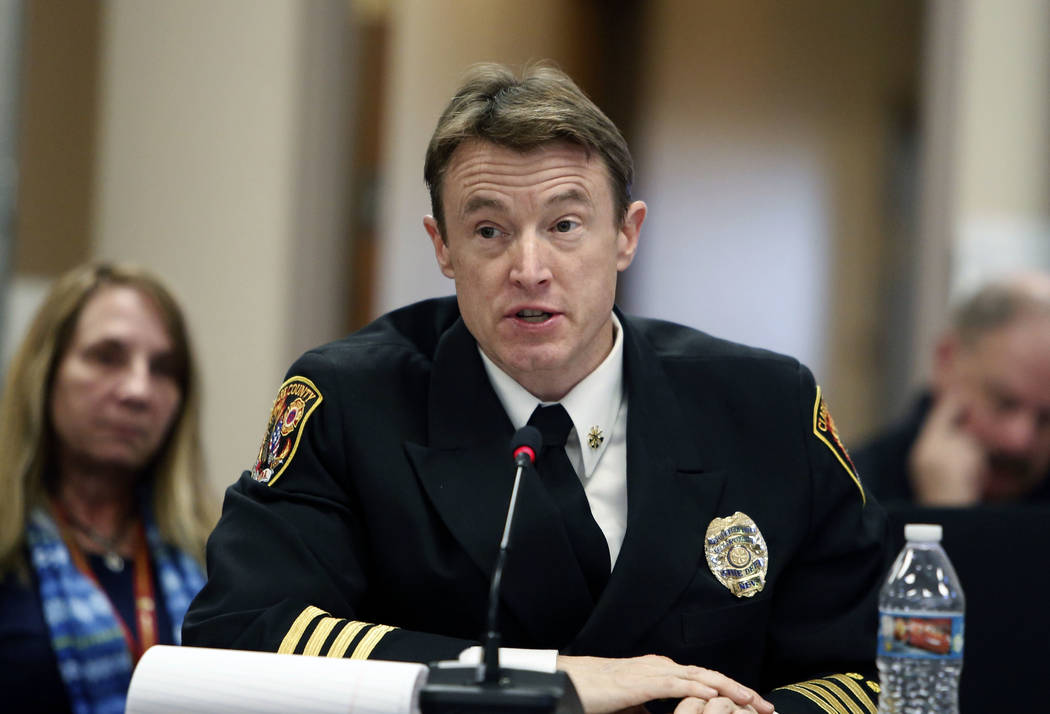 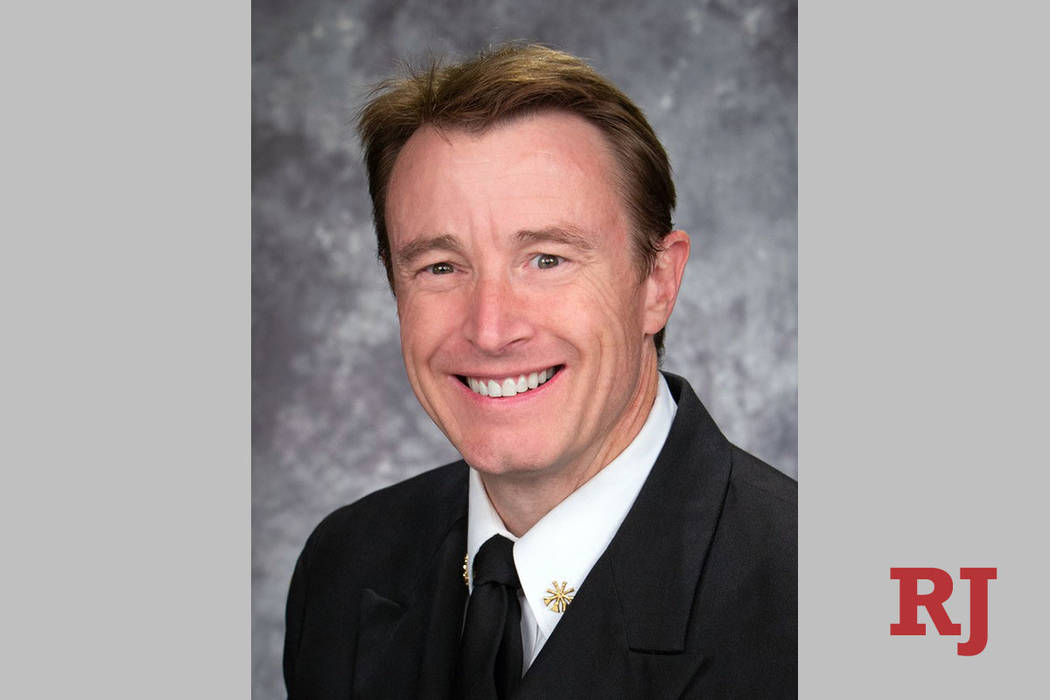 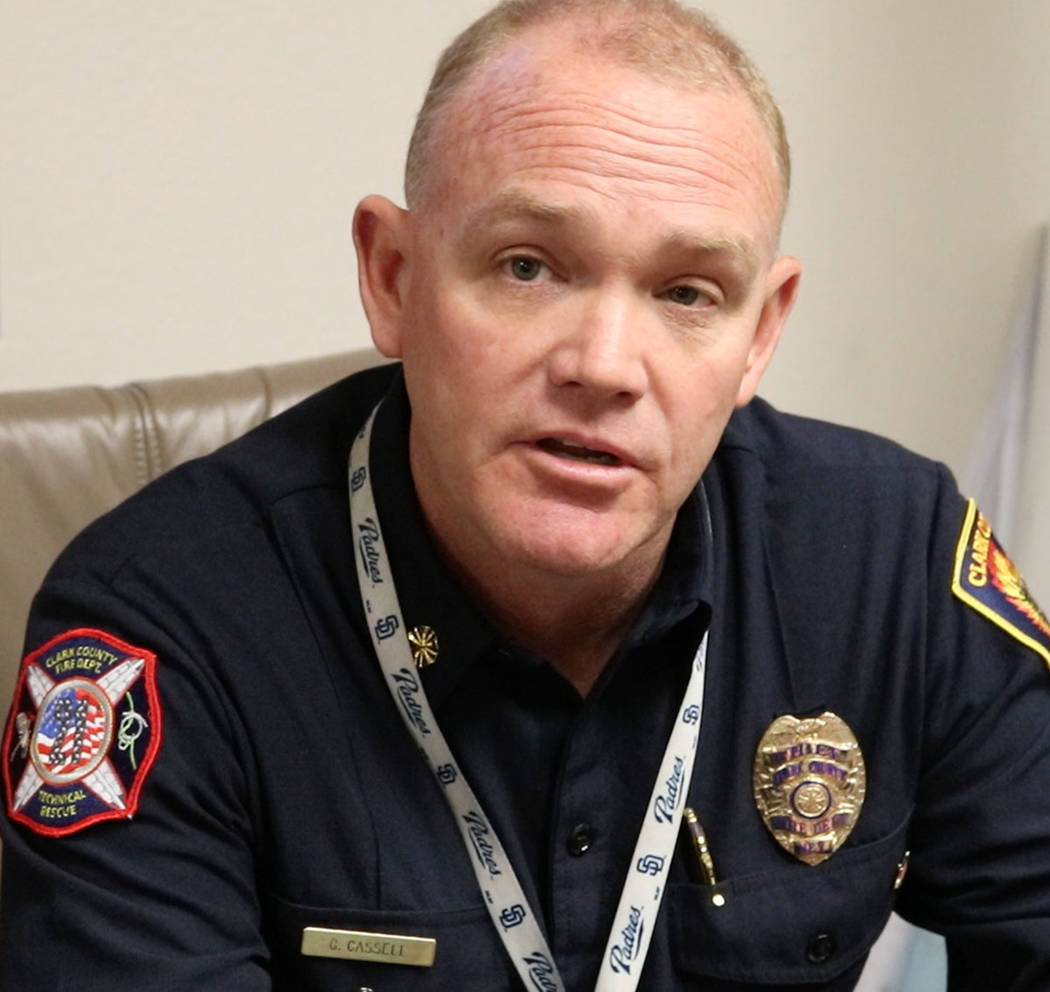 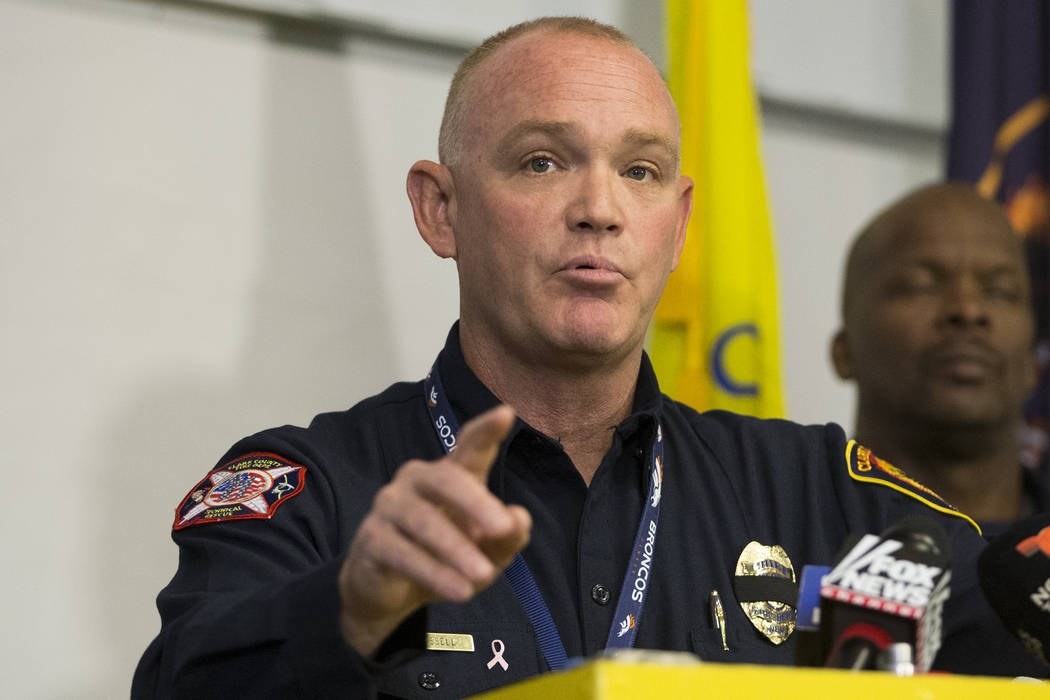 The Clark County Fire Department on Friday announced who will be its new leader following Chief Greg Cassell’s retirement in February.

Deputy Fire Chief John Steinbeck will step into the role pending ratification of the appointment by the Clark County Commission on Dec. 3, according to a news release from the Fire Department. Steinbeck started at the department as a firefighter in 1990.

Cassell’s last day as chief will be Feb. 6, the release said. Cassell, who was hired in June 1989, was appointed chief in February 2015.

Recruitment for the fire chief position was done within the department, the release said.

“The men and women that serve on our fire department are incredible and I am truly humbled by this opportunity,” Steinbeck is quoted in the release.

Steinbeck has served as a battalion chief, training captain, suppression captain and has been a member of the Federal Emergency Management Agency search and rescue team since 1993, the release said. He was appointed deputy fire chief and emergency manager in February 2014.

After the Route 91 Harvest Festival mass shooting, Steinbeck was the incident commander for the Family Assistance Center and coordinated the Vegas Strong Resilience Center.