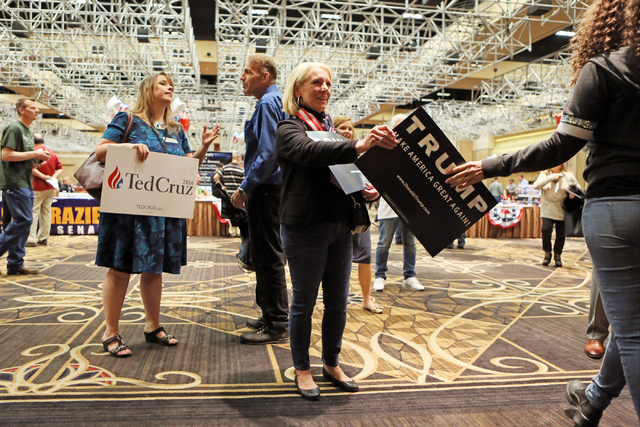 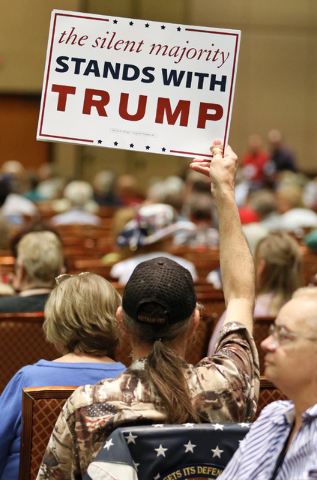 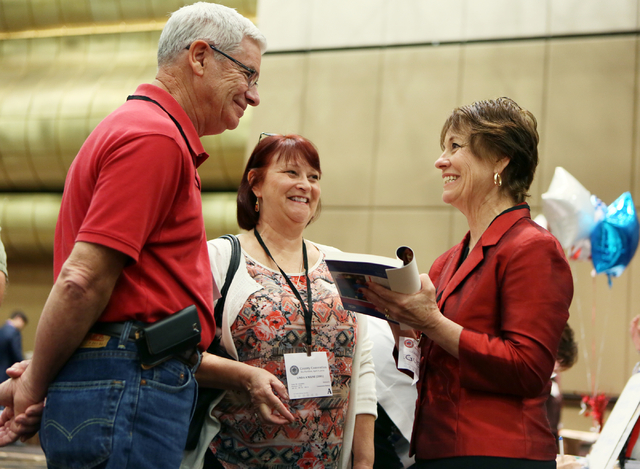 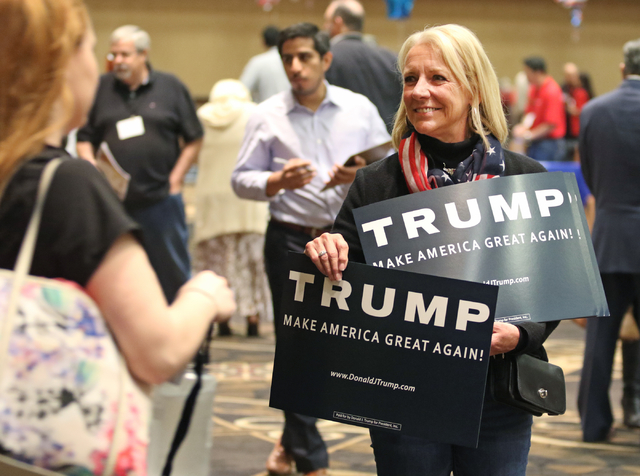 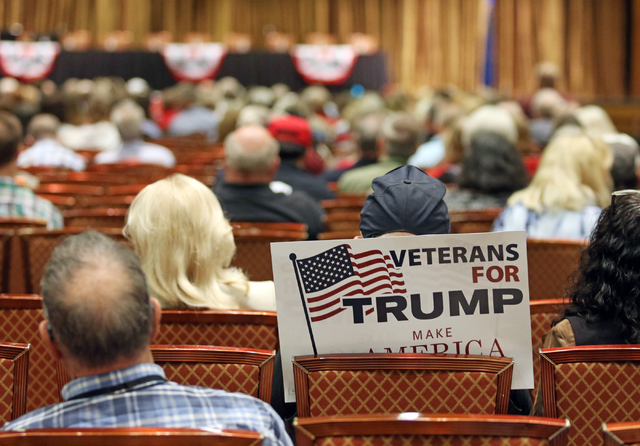 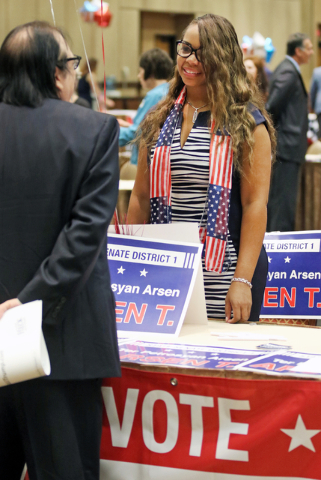 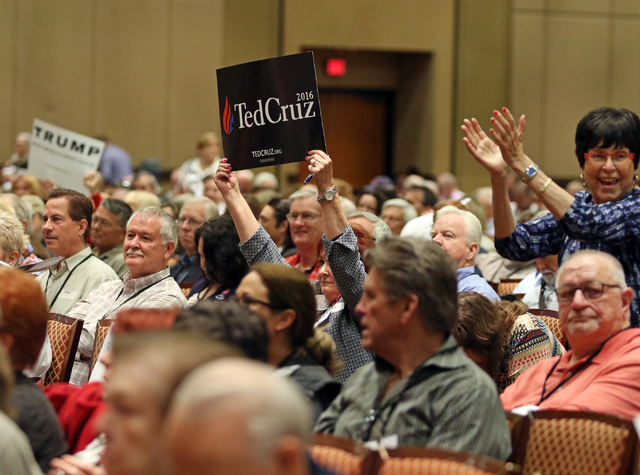 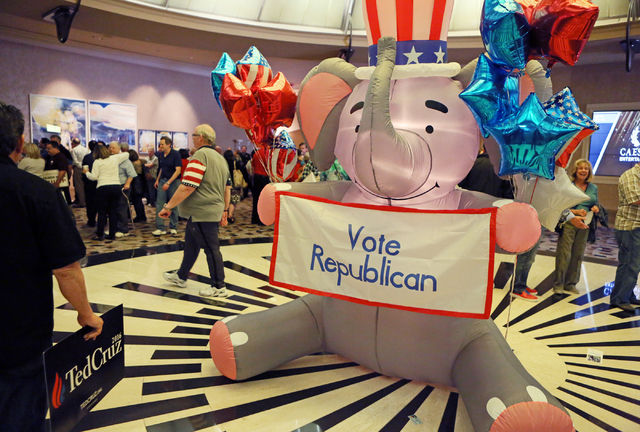 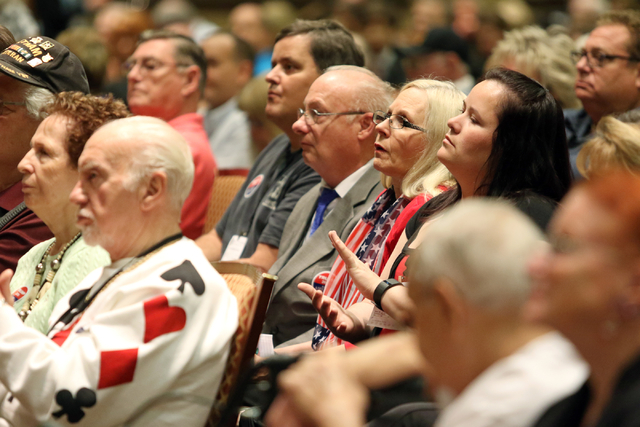 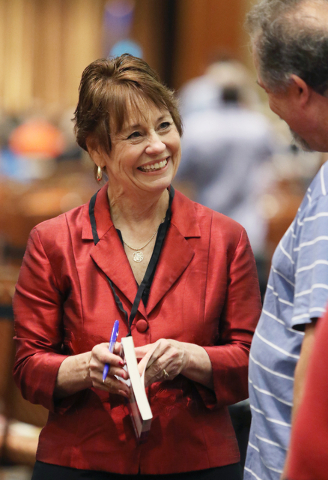 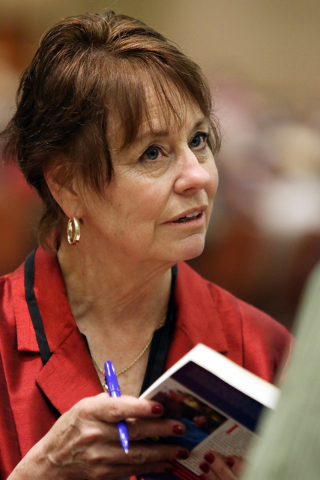 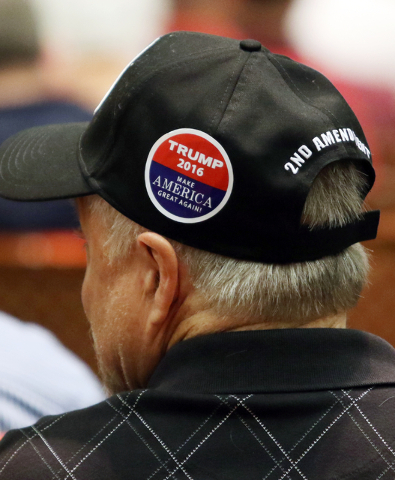 The Clark County Republican Party held a chaotic convention Saturday that began with long lines of attendees waiting to get registered and ended with an announcement that county party Chairman Ed Williams has resigned.

The county event was essentially an extension of the Feb. 23 caucuses, which GOP front-runner Donald Trump won. Cruz placed third behind U.S. Sen. Marco Rubio, R-Florida, who has dropped out of the race.

The battle on Saturday is an example of how fierce the delegate fight can get. Cruz has emerged as perhaps the best hope for Republicans seeking to stop Trump at the national convention. This race is unlike past presidential elections, when a candidate is typically a lock to win the nomination at a carefully choreographed drama-free national convention.

Delegates are bound to vote according to the caucus outcome in the first round of votes at the national convention. But they can switch their vote to someone else if a presidential candidate doesn’t receive at least 1,237 delegates.

In the first round of voting at the national convention, 14 Nevada delegate votes will go to Trump, seven will go to Rubio, six will go to Cruz and two go to Ben Carson. One will go to Ohio Gov. John Kasich, the only other Republican besides Cruz and Trump still in the race. If voting continues afterward, the delegates are free to vote as they wish.

That’s why even now, nearly two months after the caucuses, Cruz’s people were carefully watching the process at the county convention.

“We consistently objected to oversights in protocol that would have protected the integrity of this process,” said Ryan Hamilton, Cruz’s deputy campaign director for Nevada.

For example, the convention allowed delegates to submit forms nominating other potential delegates to the state convention, he said. There are a lot of unknowns, including how many nomination forms were submitted and if the people nominated had attended the precinct-level meetings, he said.

“I’m not saying there’s anything nefarious,” he said. “I’m saying the process leaves a lot to be desired.”

There was also a dispute about whether delegates need to have attended precinct-level meetings to qualify.

Convention Chairman Rob Tyree said, “Due to the silence on the issue in statute, you don’t have to actually attend your precinct meeting to attend the state convention.”

Jimmy Stracner, the western regional political director for Trump’s campaign, said the rules are clear and allow delegates to be appointed if they were unable to attend their precinct meeting. The opposition was trying to stifle that ability, he said, adding that Saturday’s outcome was good for the Trump campaign.

Williams stepped down amid an ethics complaint filed against him by the convention chairman. Tyree had cited concerns about the high costs of the convention and a clause in the contract that gave Williams 40,000 Caesars Reward Credits, a program that can go toward perks such as meals and spa treatments. Williams didn’t mention the complaint in his resignation email and has denied wrongdoing.

The county party had decided to move forward with the complaint and send it to a disciplinary committee for a determination on a potential penalty, Republican officials said. Options would have included removal or censure, though Williams stepping down effectively ends the inquiry.

The county party will pick a new chairman at a May 18 meeting.