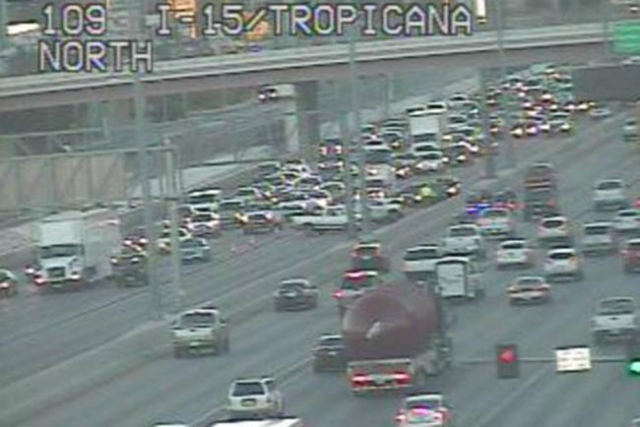 Southbound traffic on Interstate 15 is flowing normally after a crash at Tropicana Avenue brought it to a halt Tuesday morning.

Left lanes of the interstate were blocked in the area, as a result of the crash, that happened about 6:15 a.m., according to Nevada Highway Patrol’s accident monitoring site.

It does not appear that anyone was injured.

Calls to NHP were not immediately returned.