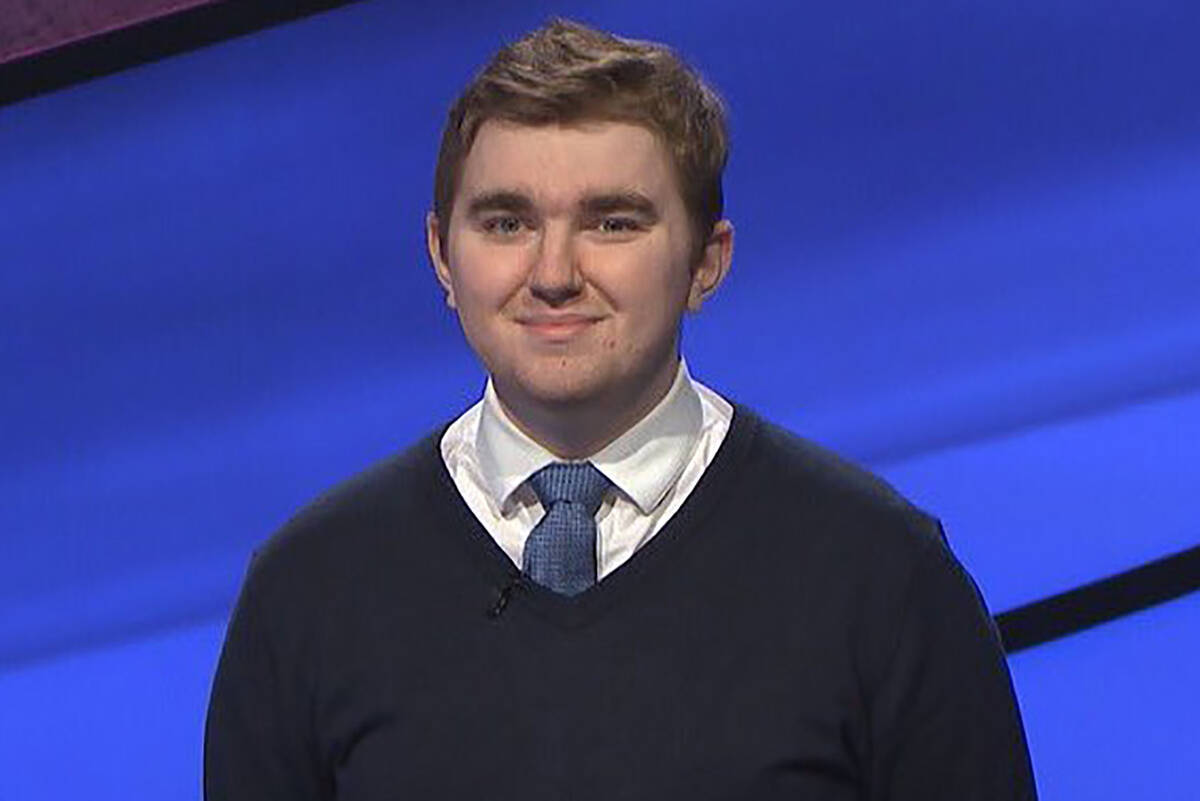 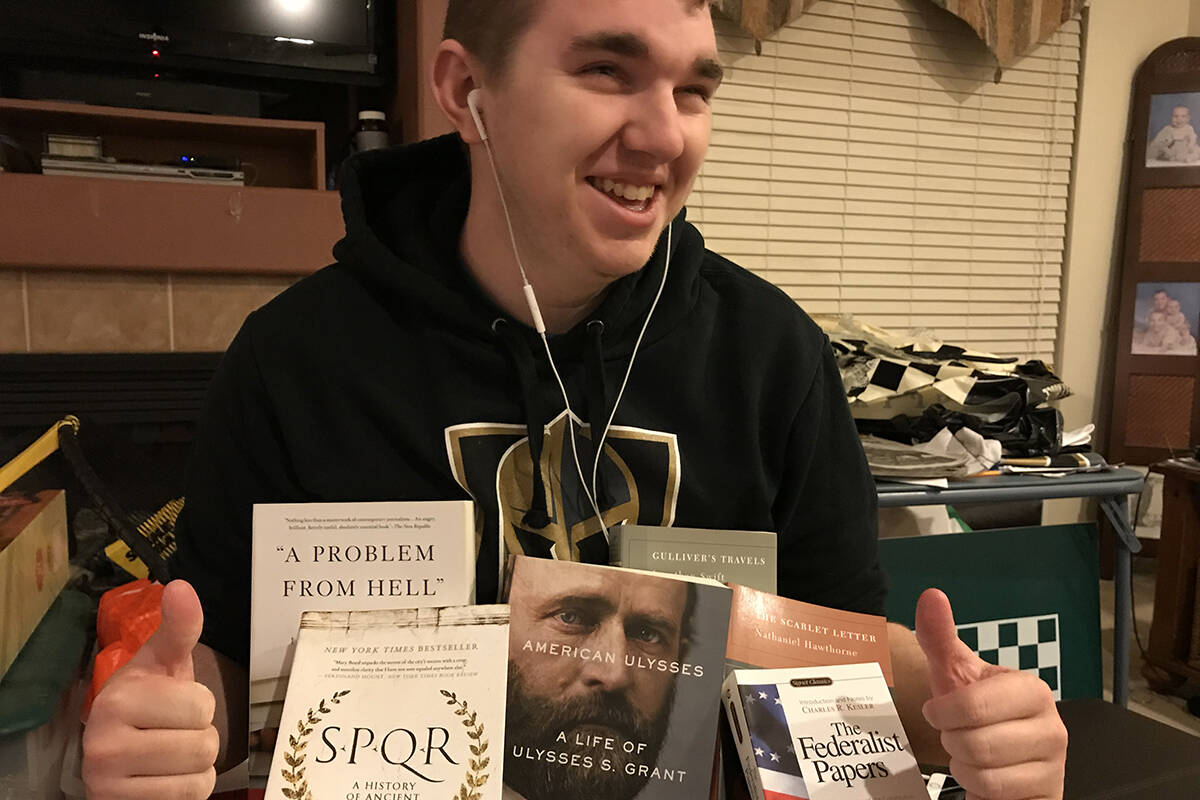 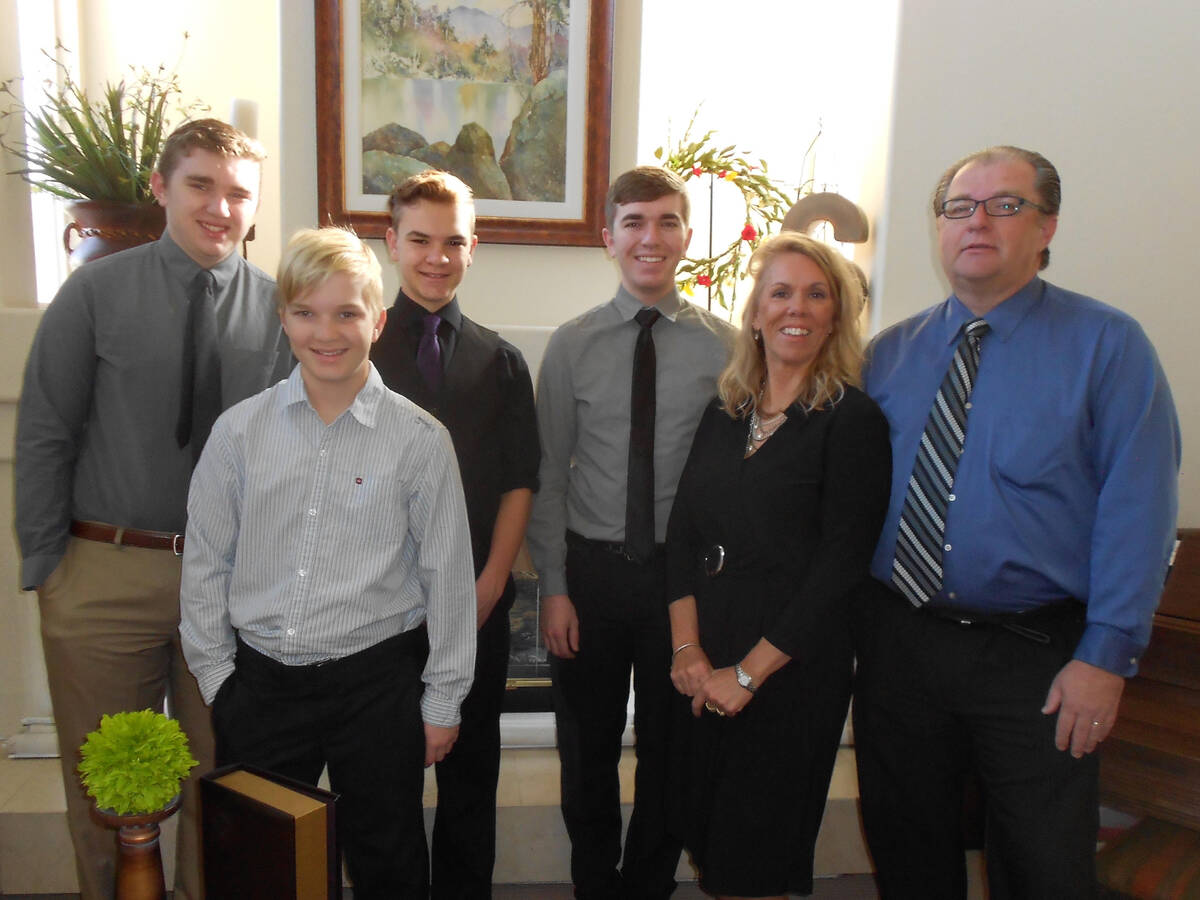 “His last days were a nightmare,” the lawsuit states. “His death was preordained by the misconduct of doctors and nurses. None of this had to be.”

Attorneys Robert and Sydney Murdock prepared the complaint, which stems from Smith’s Feb. 5 death. He was one of the last “Jeopardy!” guests to appear with popular host Alex Trebek before his death from pancreatic cancer.

The lawsuit states that Smith, 24, suffered from ulcerative colitis and underwent surgery in January at St. Rose to remove his colon. It claims he was never given anticoagulants after the surgery, and he died of pulmonary emboli, or blood clots in the lungs, nearly three weeks later.

Robert Murdock declined to comment on the lawsuit. Dignity Health spokesman Gordon Absher said in an email: “We’ve not had an opportunity to properly review this document.”

Smith was a UNLV graduate, a National Merit Scholar semifinalist and Quiz Bowl veteran. He earned $115,798 during his five “Jeopardy!” appearances. Las Vegas Valley residents closely followed his victories on a game show that made him a celebrity across the globe.

“I’m just glad we were able to do it,” he would later say in a video interview posted by the show. “And I was glad that I was able to show what I was capable of. Every moment I was there, that I moved from the third lectern to the champion’s lectern — I wanted to stay there as long as possible.”

Of Trebek, who was 80 when he died in 2020 from pancreatic cancer, Smith said, “Everybody knows that he (was) ailing. To put on a brave face and go out there every day and continue to give America and the world some good cheer, especially this year, is really a testament to how great of a person he was.”

The lawsuit indicates that the Murdocks retained medical experts who determined that Smith’s treatment “fell below the standard of care.”

One of those experts, colon and rectal surgeon Keith Beiermeister of California, said in a declaration that Smith was ill in 2019 and was treated by Dr. Godwin Ofikwu at St. Rose. Smith was hospitalized in December 2020 and January 2021.

“He was malnourished, was extremely weak, and was a very ill young man,” the lawsuit states.

According to the document, it became clear that a surgical procedure known as an abdominal colectomy with an end ileostomy was needed. Afterward, the lawsuit alleges, Ofikwu ordered “anticoagulation,” but there was no specific order for anticoagulants such as heparin.

“It appears that Brayden was not given any anticoagulants at all,” Beiermeister said in his declaration, adding that “in a surgery such as this, the standard of care requires both mechanical and chemical anticoagulation.”

“The medical literature is clear that patients undergoing colorectal surgery as compared to general surgery have a significant increase in the risk of emboli,” he wrote.

Ofikwu and Dr. Irfana Razzaq are named as defendants in the lawsuit. Beiermeister alleged that Razzaq, a hospitalist, did not ensure that anticoagulants were given to Smith.

“The nursing notes do not indicate that anyone on the nursing staff inquired as to this issue,” Beiermeister wrote.

According to Beiermeister’s declaration, Smith collapsed at his home on Jan. 29 and died seven days later.

A registered nurse retained by Murdock’s office, Tara Bohannon of California, filed a declaration with the lawsuit stating that Smith was sent home without enough training on how to manage his health after colorectal surgery.

Brayden’s parents said after his death that they were honoring their son’s memory by establishing the nonprofit Brayden Smith Memorial Fund to help pay for the education of aspiring Southern Nevada students who dream big, as their son did.