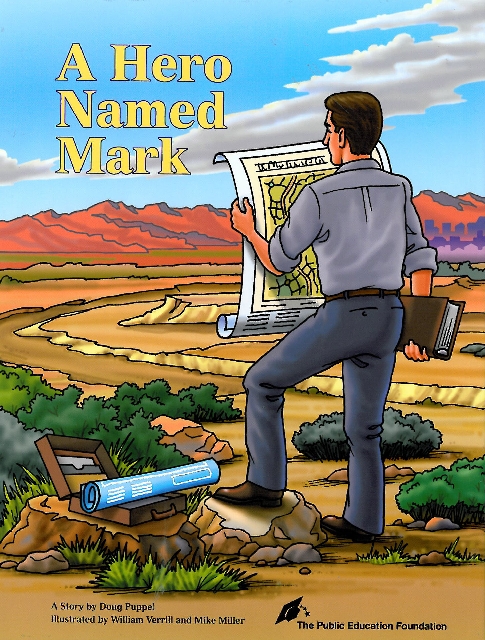 Staring in 2006, the foundation began a program to immortalize recipients by capturing their life stories in the Hero Series children’s books.

Written by Doug Puppel and illustrated by William Verrill and Mike Miller, the 38-page book tells of Fine’s childhood and his achievements as president of the American Nevada Corporation during the development of Green Valley and as president of the Summerlin division of The Howard Hughes Corp. during Summerlin’s infancy.

Copies of all books in the Heroes Series are available at thepef.org.

Excerpt from ‘A Hero Named Mark’

A lifelong advocate for education and the arts, Mark believes that the true measure of a community’s greatness is in the quality of its schools, libraries, parks and cultural activities.

His work allowed Mark to pioneer public art in Southern Nevada. He selected artist J. Seward Johnson and acquired life-sized bronze sculptures that can be found throughout Green Valley. These sculptures have become community treasures.

“You can’t quantify the importance art can make in someone’s life,” he once told a newspaper. “A sculpture can open someone’s mind to other possibilities.”

He also made sure that many of the parks he planned were multi-use facilities, ensuring families a chance to enjoy everything from “Shakespeare in the Park” to Fourth of July band concerts.

Mark’s contributions to both the Clark County School District and the University of Nevada, Las Vegas, are everlasting. Throughout his career, Mark always knew that “development” meant more than building structures. It meant growing neighborhoods and creating lifelong learning opportunities as well.

In 1983, Mark was instrumental in creating the Clark County School District’s School-Community Partnership Program and served as its first chairman. This program connects local businesses and business leaders to schools, and over the decades, has impacted hundreds of thousands of students. 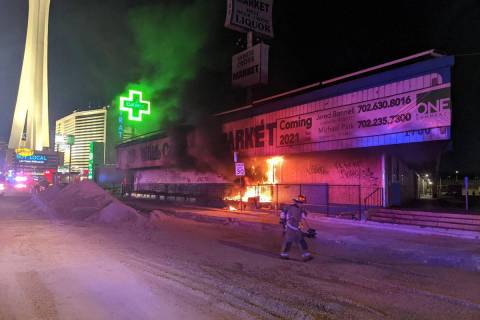 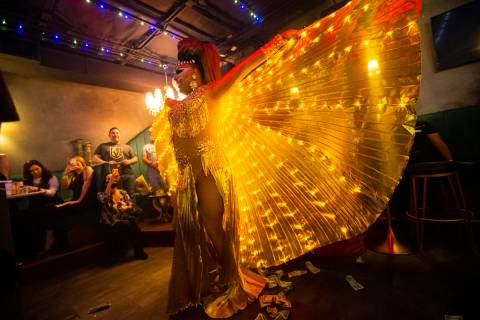 Drag queen Elliott Puckett, who goes by Elliott with 2 Ts, made a special guest appearance at The Garden Las Vegas’ “Bottomless Drag Brunch” show this past weekend. 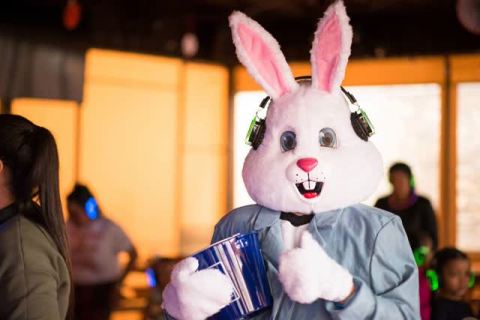 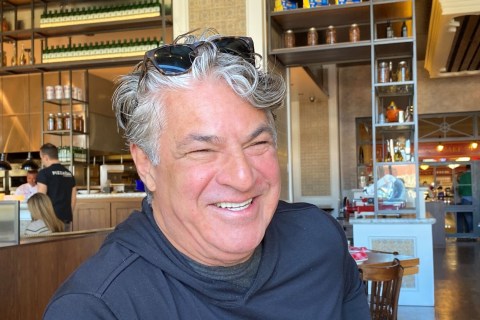 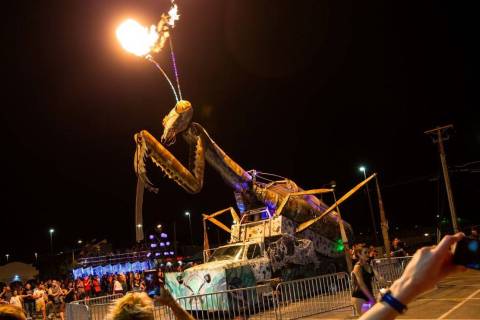 Standing 150 feet tall, The Mantis is a relic of the late Tony Hsieh’s vision of downtown Las Vegas. 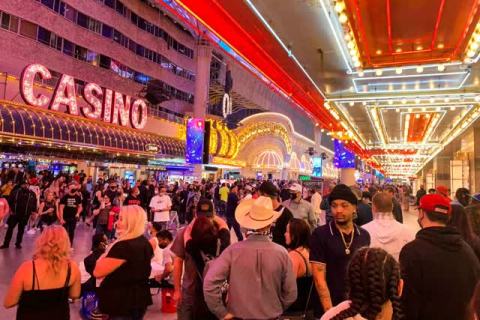 Fremont Street Experience was lively and packed on Friday night, with masks seemingly optional for most people despite a sign saying they’re required. 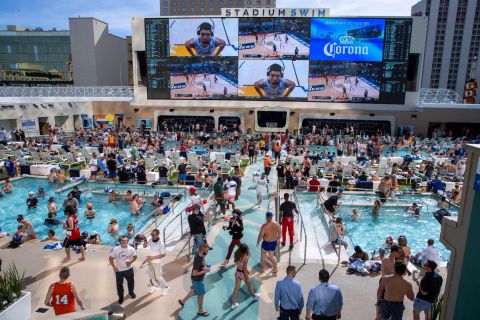 A few thousand visitors dived into March Madness in the Stadium Swim area inside the Circa in downtown Las Vegas on Friday.