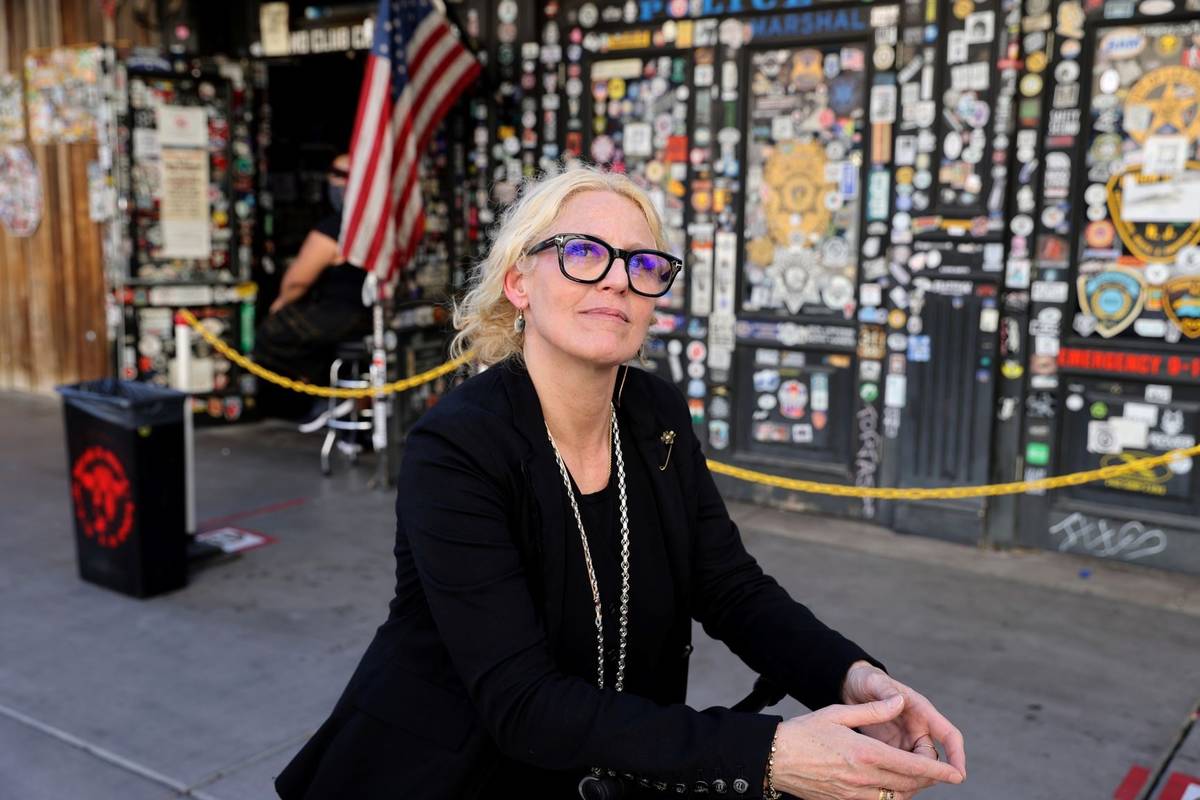 Over the course of a civil trial, which started May 10, attorneys for the bar accused its landlord Downtown Grand of trying to push the business off the street it has thrived on for 13 years.

In a 36-page order with 226 findings of fact and 52 conclusions of law, District Judge Elizabeth Gonzalez decided in part that the landlord had “attempted to improperly terminate the lease.”

Hogs & Heifers owner Michelle Dell said she was “thrilled” with the decision.

“They were trying to evict me, and there was no way I was going to allow that to happen,” she said. “I knew that I was right. and I decided to stand up and fight, and that is a big risk for a small business owner to take.”

The casino’s lawyers had accused Dell of orchestrating the lawsuit in exchange for a buyout of the lease.

“It’s about a setup, to get a buyout, to get out,” attorney Adam Bult said during the trial’s closing arguments.

While the judge awarded no damages to either party, she ruled that the landlord restricting access to a common street area during construction was not a violation of the lease.

Gonzalez, who heard hours of testimony and viewed video interviews and photographs throughout the case, also ruled in favor of Hogs & Heifers regarding a defamation claim and found that the landlord’s attorneys “failed to set forth evidence that any economic loss was attributable to Hogs & Heifers alleged disparaging remarks.”

Lawyers for the landlord could not immediately be reached for comment.

The civil case pitted Dell against the Downtown Grand, which transformed Lady Luck and opened under the new name in 2013.

Hogs & Heifers sued Downtown Grand and its business entities in 2019, alleging that the landlord breached their lease agreement and was illegally attempting to evict Dell’s business. The Downtown Grand countersued the saloon later that year, alleging that Hogs & Heifers violated the lease. Dell has described it as “a David and Goliath type story.”

Now that construction near the saloon has completed, Hogs & Heifers can use the nearby street for future events, said one of Dell’s lawyers, Robert McCoy.

“There’s a bright future ahead for Hogs and the place where they’ve been since 2005,” McCoy said.

Dell asked the judge for compensation for lost funds and sponsorships. She also wanted the right to use the street.

“To me, ultimately, this is about starving me out,” Dell previously told the Las Vegas Review-Journal. “At the end of the day, it’s really about the value of real estate. And I’m in their way.”

The Downtown Grand wanted to terminate the 20-year lease, and Bult asked the judge for more than $500,000 in damages for defamation.