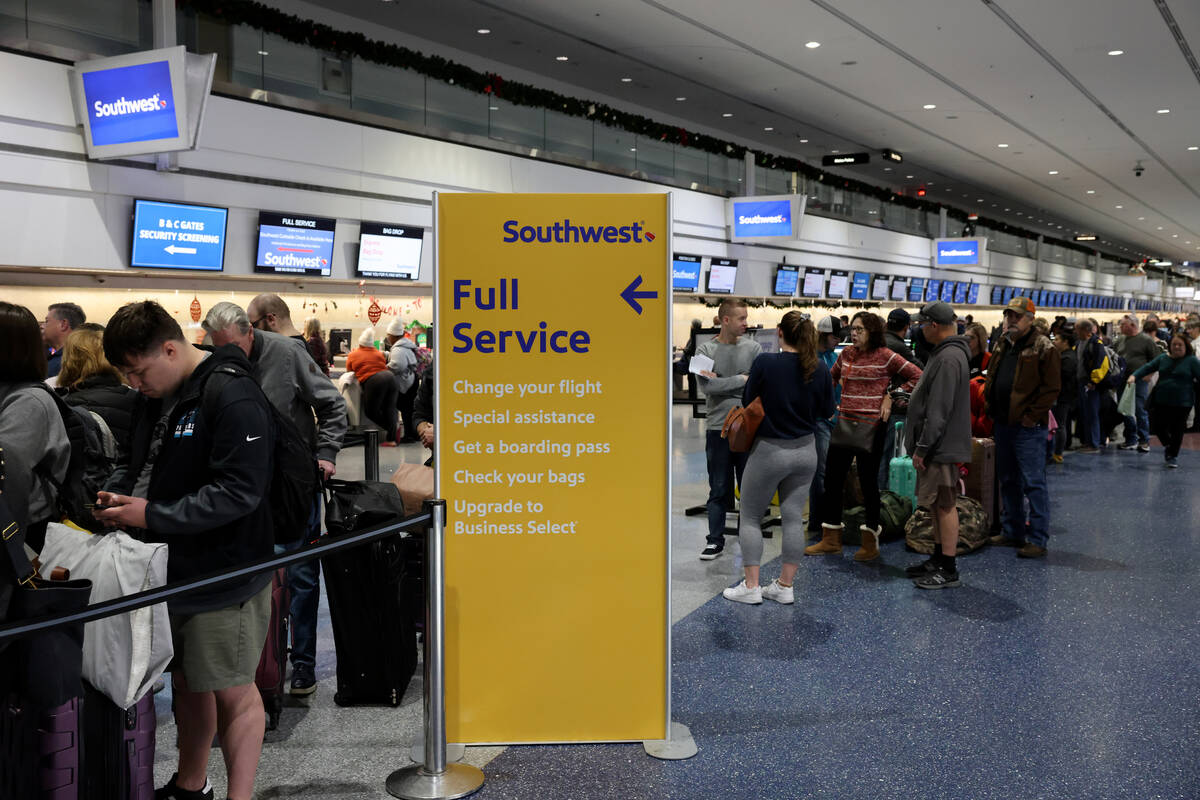 A winter storm moving through the western United States, including the Las Vegas Valley, is causing delays and canceled flights at Harry Reid International Airport.

Twenty-three flights were canceled and 315 were delayed at Reid airport as of Tuesday afternoon, according to flight tracking website FlightAware.

The National Weather Service tweeted just after noon Tuesday that showers and isolated storms were moving into the Las Vegas Valley.

“Rain chances stick around for the next few hours,” the NWS Las Vegas account posted. “Expect brief downpours, gusty winds, and some lightning.”