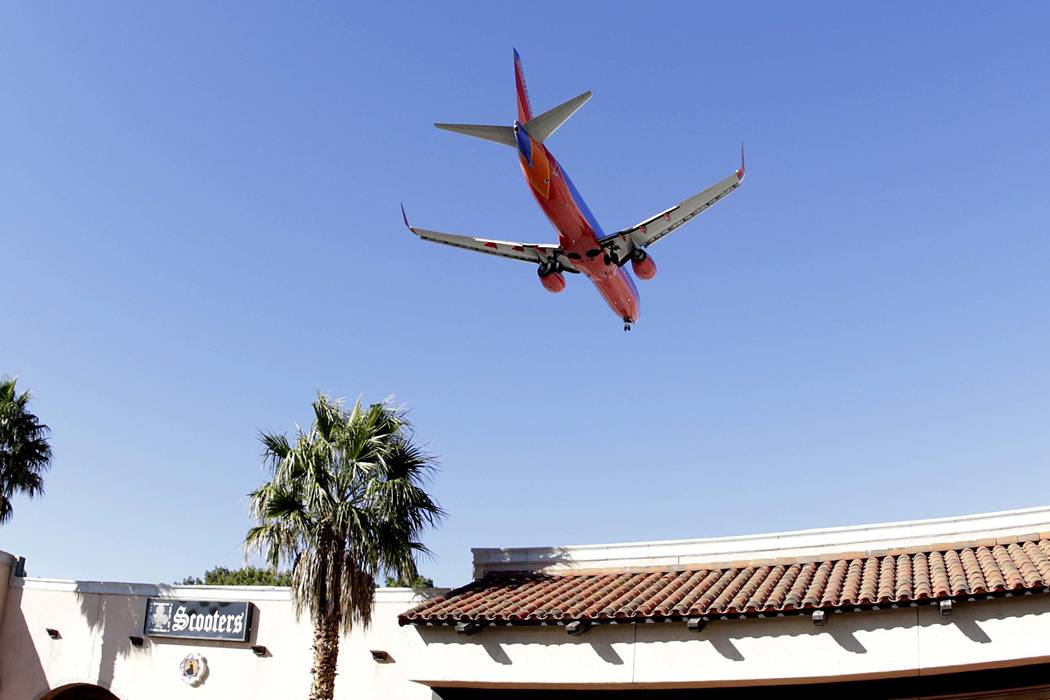 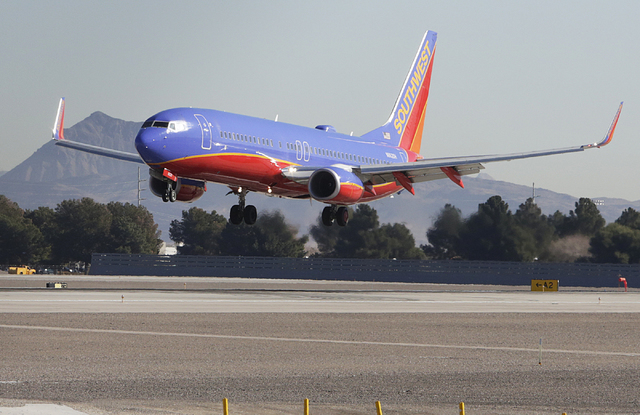 Bob Sims is familiar with the sound of screeching jetliners coming in for a landing at McCarran International Airport.

The planes usually change gears and deploy their flaps over Sims’ home in Henderson, but he’s hopeful the noise will significantly decrease as the Federal Aviation Administration studies whether to modify flight paths as soon as December 2019 in what’s known as the Las Vegas Metroplex project.

“The flight path runs the entire length of Henderson, so we all get the brunt of that noise for incoming flights,” said Sims, one of roughly 20 people who attended a community meeting held by the FAA on Tuesday at the Henderson Convention Center.

“We’re not necessarily asking for the flight path to change, but we want that noise level to change,” Sims said. “If it’s changed to what the FAA is saying, then it might end up being better for us.”

Existing arrival and departure routes have existed for decades. But FAA officials say they pose challenges that include inefficient climbs and descents that require aircraft to level off for significant periods of time before changing altitude — almost as if they are taking a long stairway.

The FAA wants to smooth out those landings and takeoffs that will allow airplanes to glide into the region by creating a series of new satellite-based routes at McCarran, Henderson Executive Airport, North Las Vegas Airport and also Nellis Air Force Base.

“The noise we hear now is transient noise that’s related to those stepped approaches, so there’s a potential there will be less noise if we see the same level of traffic at McCarran,” said Jay Piper of Boulder City. “If this new approach reduces those noises during descent, it will be potentially good for our community.”

Moving away from the current beacon-based navigation system and adopting the satellite-based procedure will create more precise route routes and allow for more accurate tracking of aircraft, FAA officials said.

It will take about a year for the FAA to draft a preliminary set of flight paths that will be presented during another round of public meetings, followed by environmental assessments, FAA spokesman Ian Gregor said.

Public comments may be submitted during a final meeting set for 4 to 8 p.m. Thursday at the Clark County Government Center or online at faa.gov/nextgen/communityengagement/las.