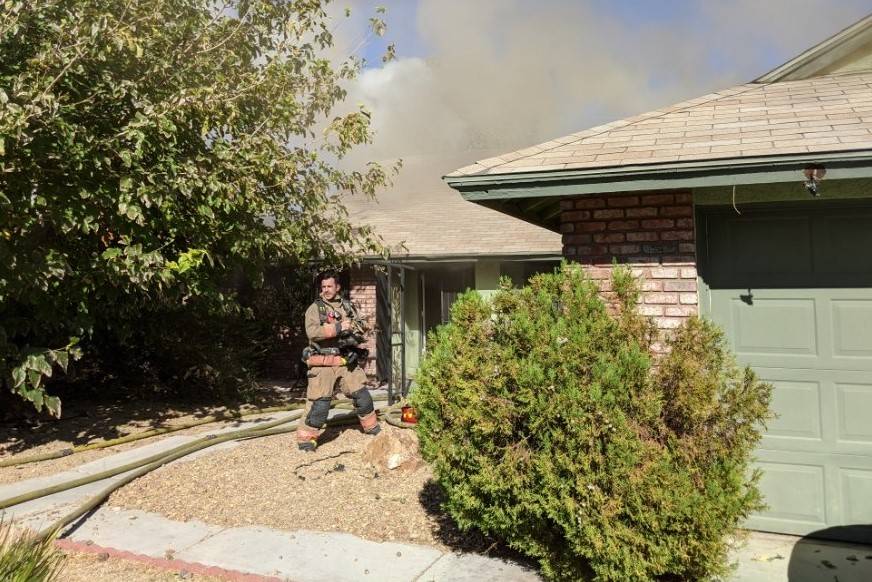 Crews battle a blaze at a house on Woodbridge Drive in Las Vegas on Saturday. (Las Vegas Fire Department) 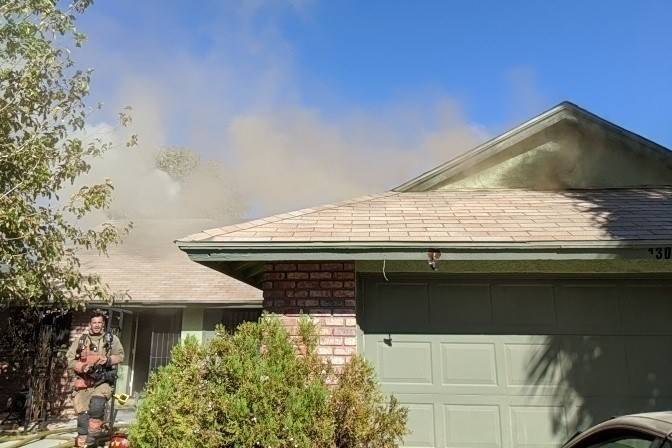 Crews battle a blaze at a house on Woodbridge Drive in Las Vegas on Saturday. (Las Vegas Fire Department)

A kitchen fire caused $75,000 in damage Saturday afternoon when a stove was left unattended, firefighters said.

Las Vegas Fire Department was called at 3:48 p.m. to a house on Woodbridge Drive that a homeowner told firefighters was “full of fire and smoke” when the resident got home, according to a statement from the department.

Investigators believe a fire in the kitchen of the single-story wood-frame home spread quickly because the resident wasn’t home, leaving damage in the kitchen and attic, the statement said.

The homeowner was uninjured but displaced.

The department also referenced an incident Friday night where a woman was taken to University Medical Center burn unit with “extremely painful burns” after trying to move a pan with fiery grease to the sink. Firefighters said it’s better to shut the stove off and cover the pan instead.