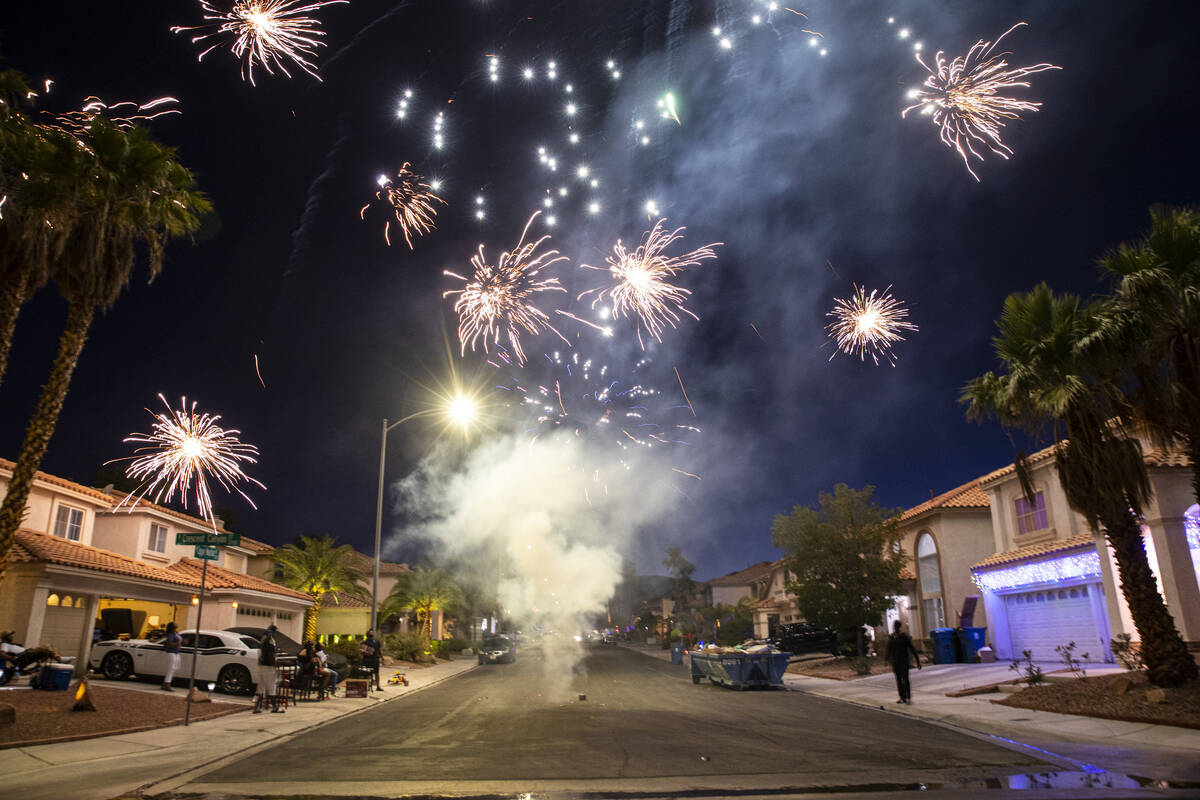 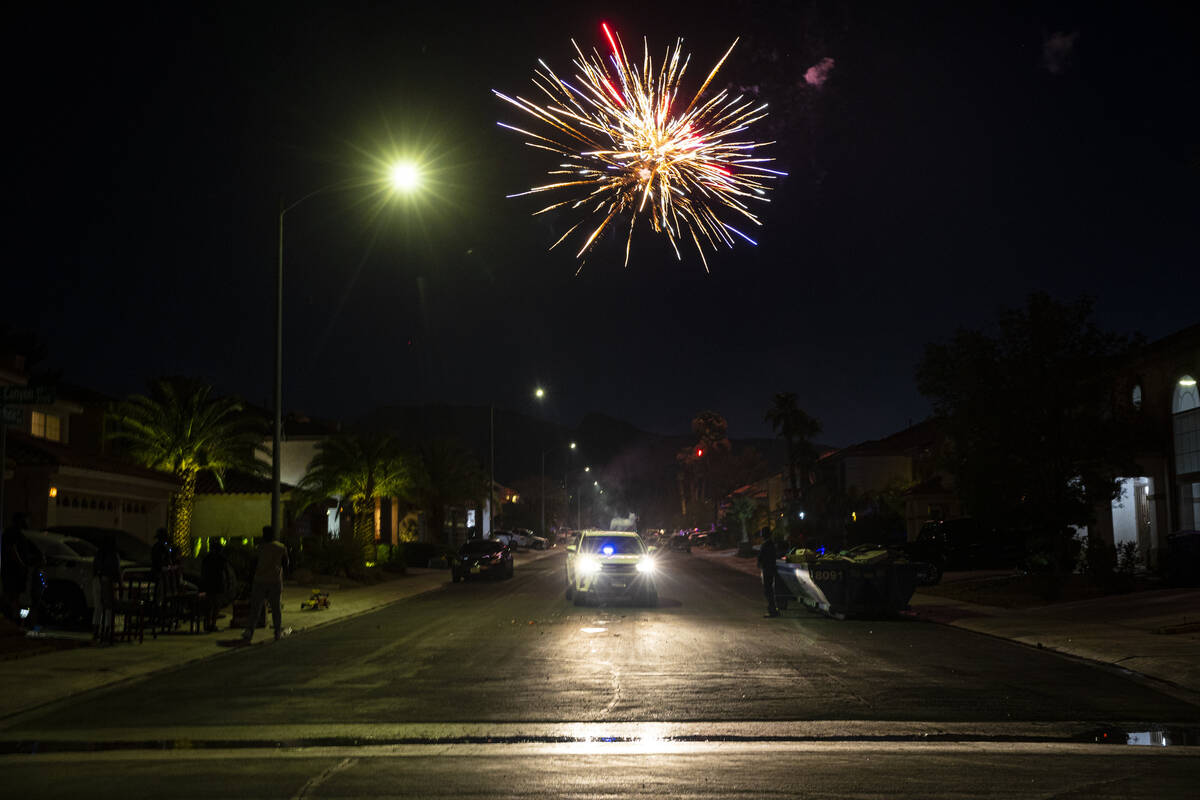 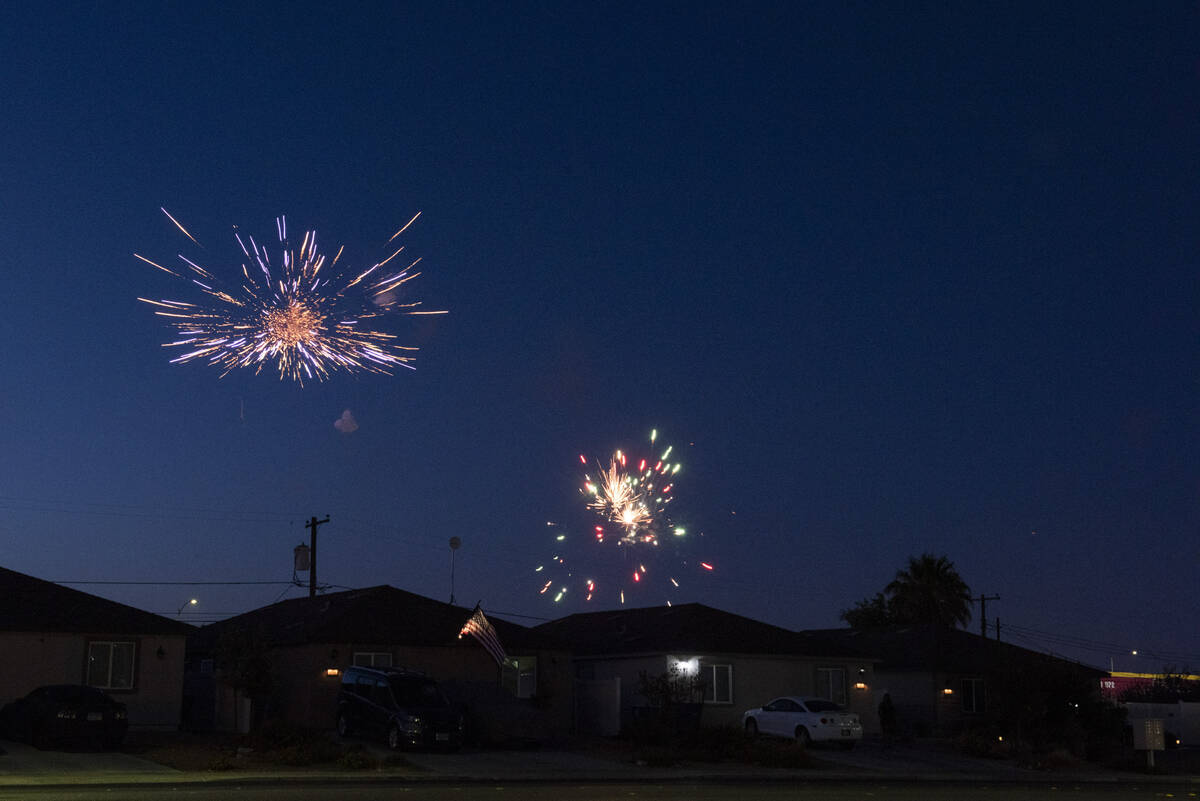 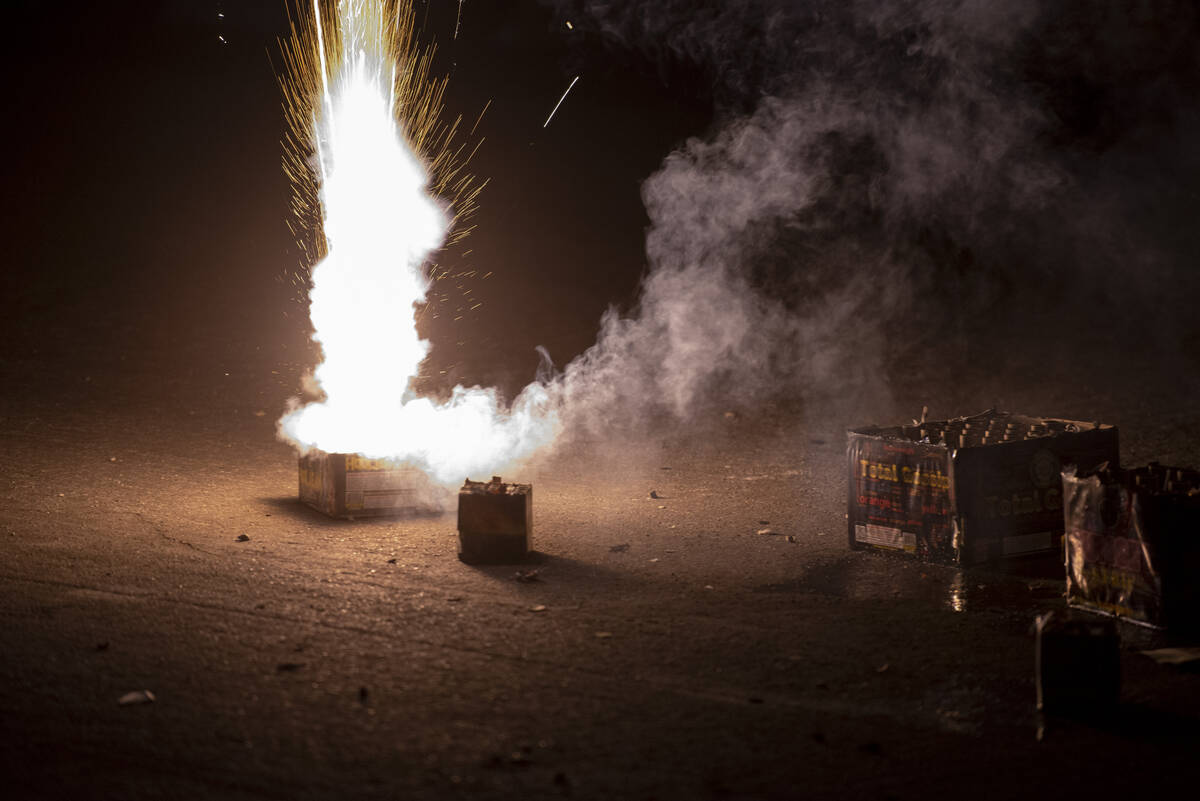 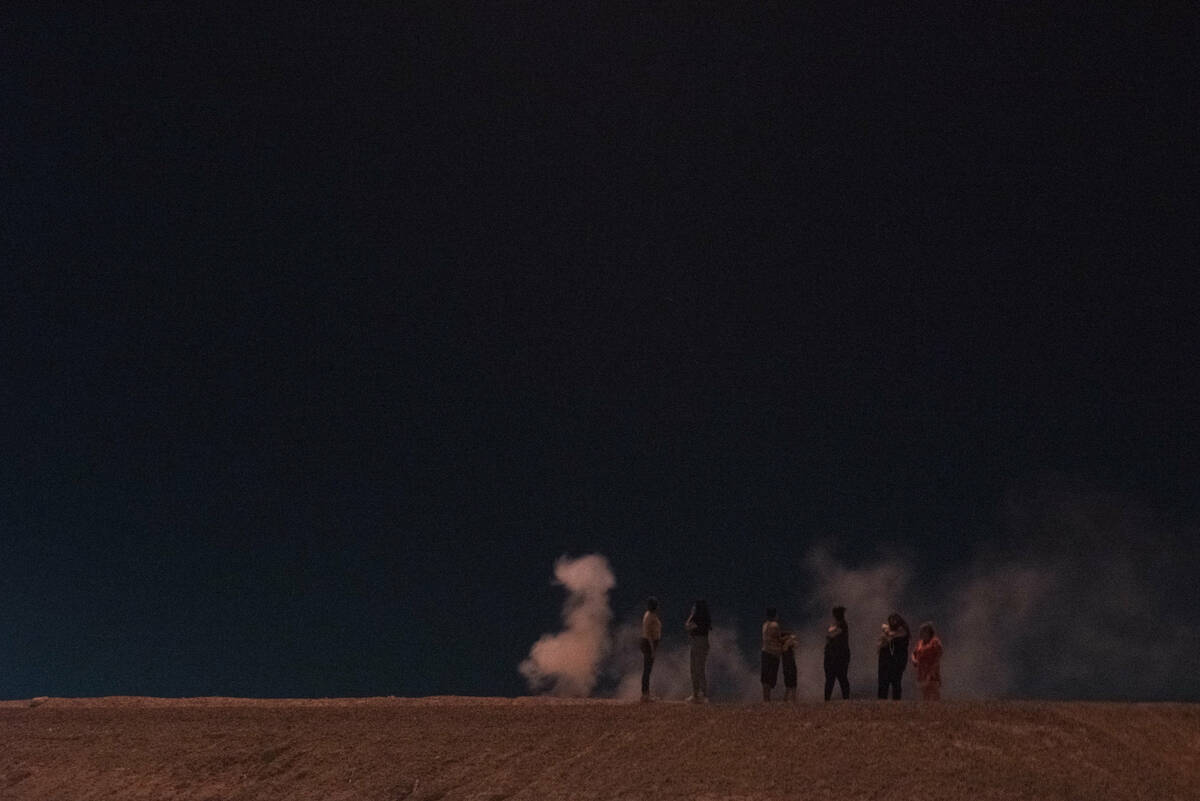 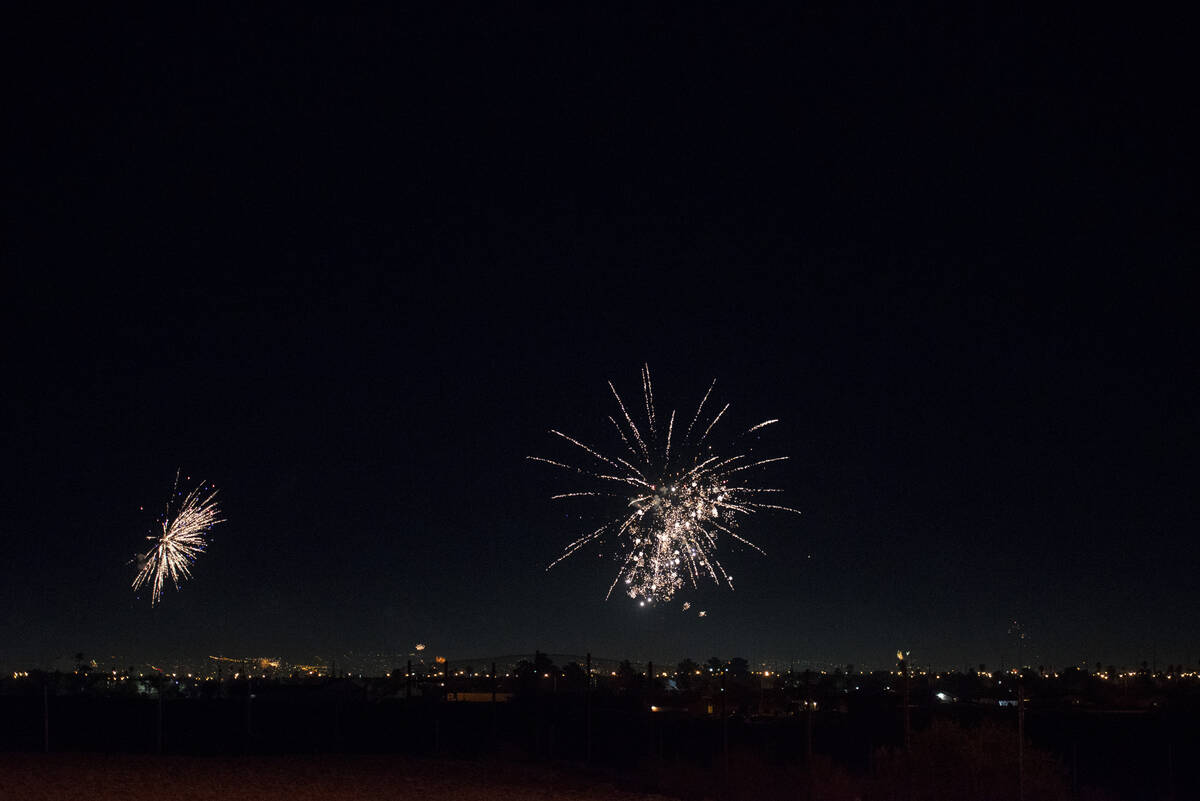 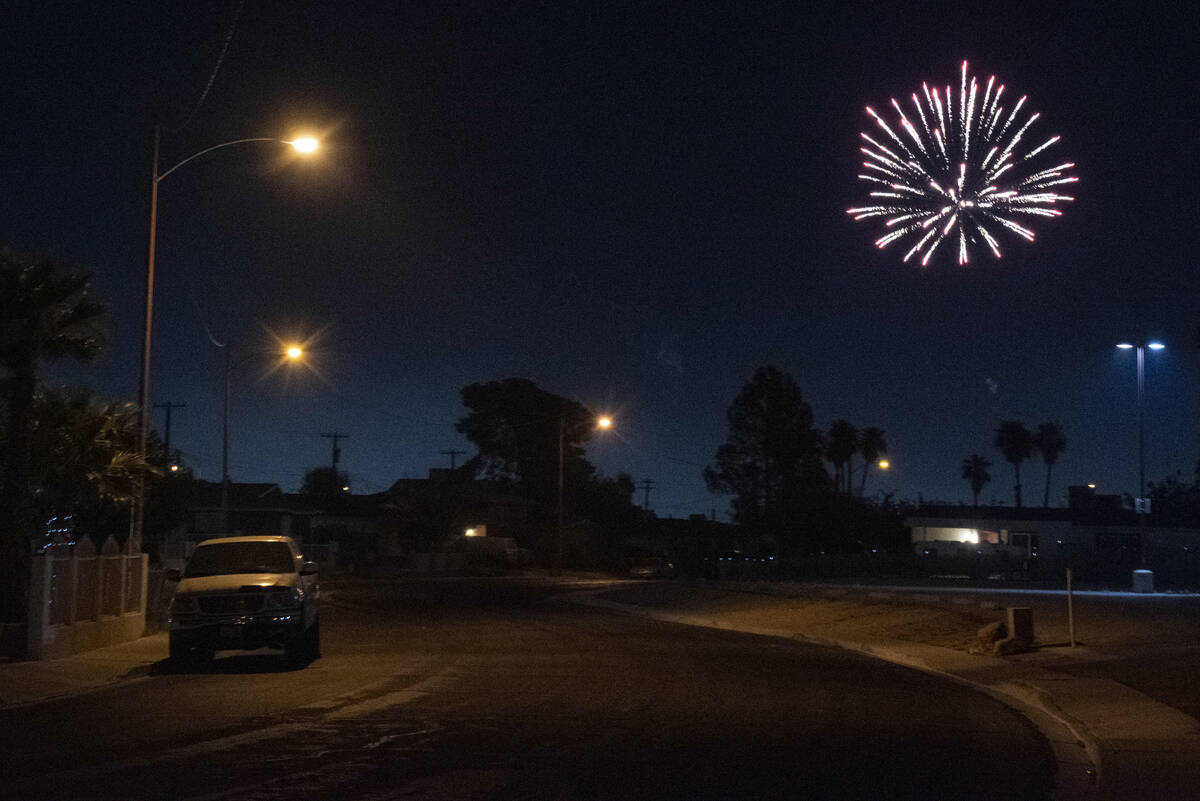 Las Vegas officials cited dozens of people for illegal fireworks over the holiday weekend in a sharp increase compared with last year.

“Fewer citations were issued during the pandemic years of 2020 and 2021 due to staffing constraints,” county spokesperson Stacey Welling wrote in an email.

Similarly, Metro issued five citations last year and 22 the year before. The department declined to comment on the numbers, deferring to county officials.

A bill approved during the last legislative session raised the fine to at least $500 for illegal fireworks ignited in Clark County. Large stockpiles can result in a fine of up to $10,000.

“If you engage in illegal fireworks, be prepared to pay a fine and have your fireworks confiscated,” Clark County Fire Chief John Steinbeck said in an interview before the holiday. “The state assembly and the governor signed the last law in place to increase fines, the county increased the fines, and we feel like that’s a strong message to act.”

Clark County allows only “Safe and Sane” fireworks, which do not shoot into the air when they ignite or explode, and no fireworks are allowed after midnight on July 4. Safe and Sane fireworks included sparklers, fountains, firecrackers and Fire Department-approved fireworks that usually explode on the ground and not in the air.

The Clark County Fire Department confiscated 330 pounds of fireworks over the weekend this year, spokesperson Carlito Rayos wrote Tuesday in a message to the Review-Journal.

The Las Vegas Fire Department issued 12 citations in 2020 and 2021 combined and confiscated nearly 2,500 pounds of illegal fireworks in that same time frame.

The amount of fireworks they confiscated this year was not available Tuesday.

“Our goal here in the city of Las Vegas is to confiscate the illegal fireworks and to educate the parties involved on the dangers of using those items,” Margaret Kurtz, city spokesperson wrote in an email. “With the time it takes to stop and write a citation on July 4, we could potentially reach more areas — and prevent more injuries and fires — by simply confiscating the illegal fireworks and moving on. Citations are not the goal for us. They are simply another tool, used when the situation warrants.”

Neither department issued a citation from 2021 through 2019.

North Las Vegas officer Alex Cuevas said it takes officers more time to write a citation than to confiscate the contraband and educate residents. He also said it’s difficult for officers to catch criminals in the act.

“It’s a misdemeanor not occurring in their presence,” Cuevas said. “When someone does report fireworks in their area, or a group of people lighting off fireworks, by the time we get there, due to the call volume, it’s already done or people have already left.”

He encouraged residents to use the county’s ISpyFireworks site, which will affect where officers patrol the following year. The site recorded 61,000 complaints from 2019 to 2021, with the second-highest report volume coming from 89031, a North Las Vegas neighborhood near Craig Ranch Regional Park.

Dale Porray, who lives west of Springs Preserve between Charleston Boulevard and Washington Avenue, said last week he had become discouraged by the lack of enforcement while his neighborhood sounded more and more like a battleground each Fourth of July.

“I see lots and lots of high-powered aerial burst fireworks,” he said. “I repeatedly call it in to 311 and report it on the ISpyFireworks website. … I would like to know how many people get hit with that higher fine.”