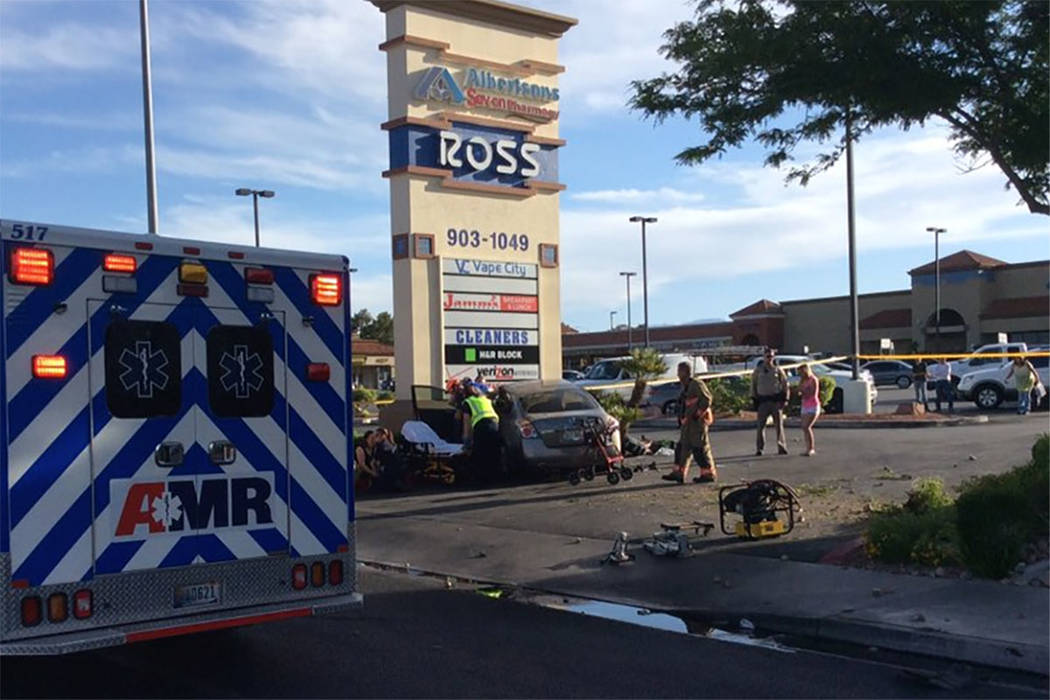 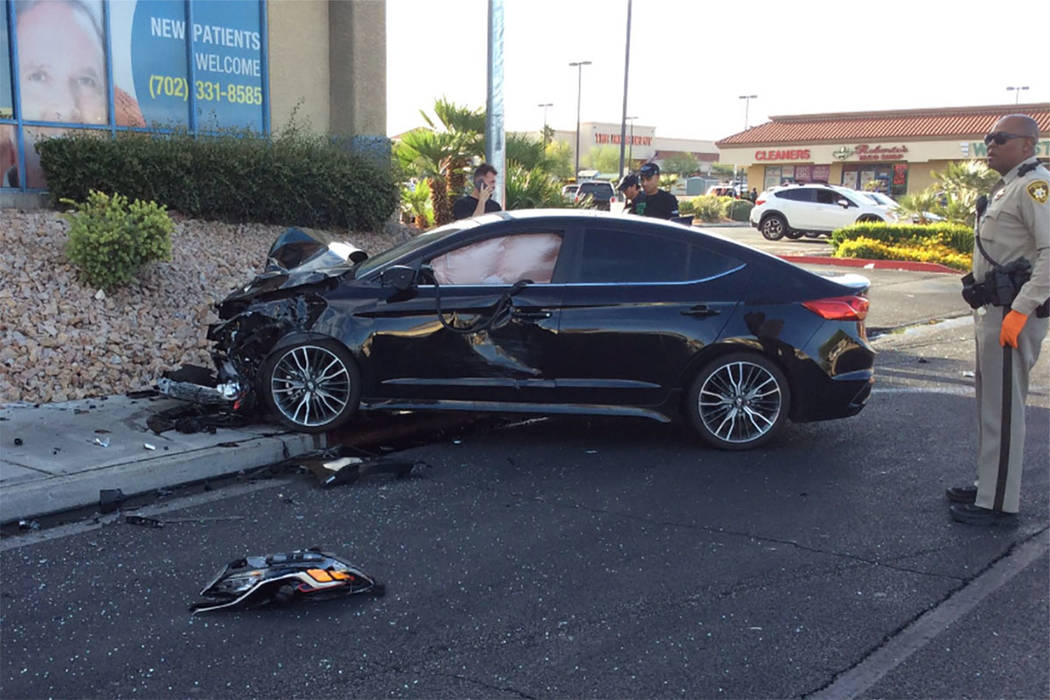 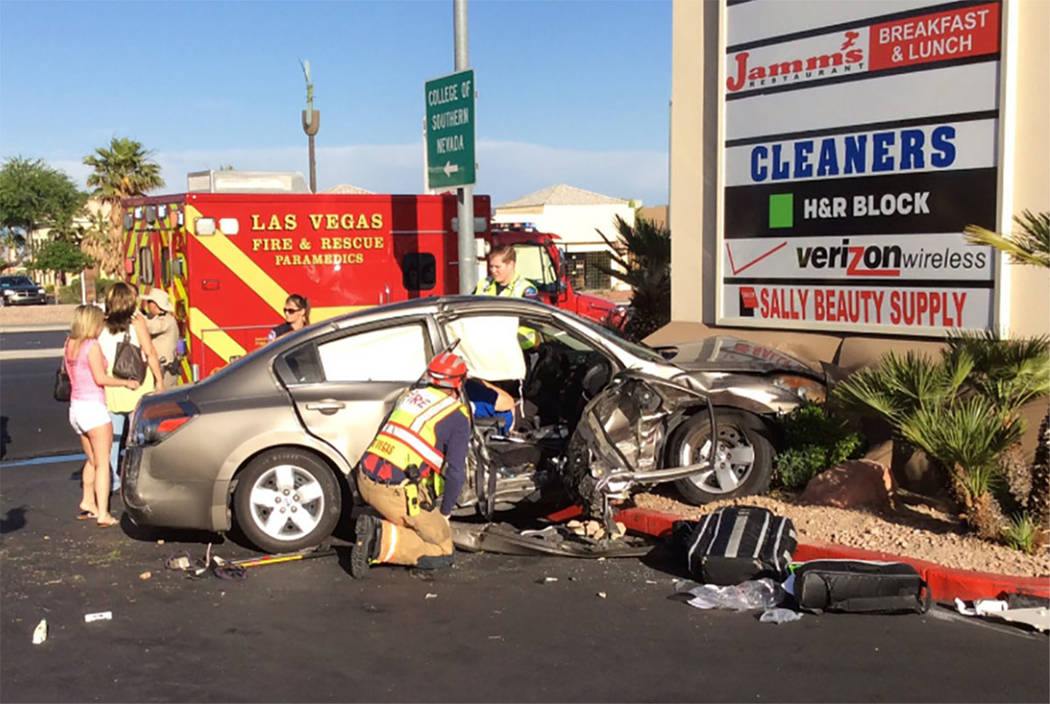 The Metropolitan Police Department has released additional details about a two-vehicle crash that killed one person Saturday evening.

Impairment is not suspected in the crash, which happened about 5:50 p.m. Saturday on South Rainbow Boulevard, north of West Charleston Boulevard, police said. The 38-year-old front seat passenger of a 2007 Nissan Altima died at University Medical Center.

The investigation conducted by Metro’s fatal detail unit determined that a 2018 Hyundai Elantra was southbound on Rainbow Boulevard, when the Nissan, driven by a 67-year-old man, was turning left from northbound Rainbow Boulevard into a private drive. Police said the front of the Hyundai struck the passenger side of the Nissan.

There were four people inside the Nissan at the time of the crash, including the person who was killed and the driver. The driver and the two surviving passengers suffered moderate injuries.

The Hyundai’s 28-year-old driver suffered minor injures, according to police.

The person who died was from Anaheim, California, and will be identified by the Clark County coroner after next-of-kin notifications. It was the 56th traffic fatality investigated by Metro this year.

The crash remained under investigation Sunday.